Design Destination Phoenix: Where to Stay

Part 1 of our guide to a new major design destination: Phoenix hotels 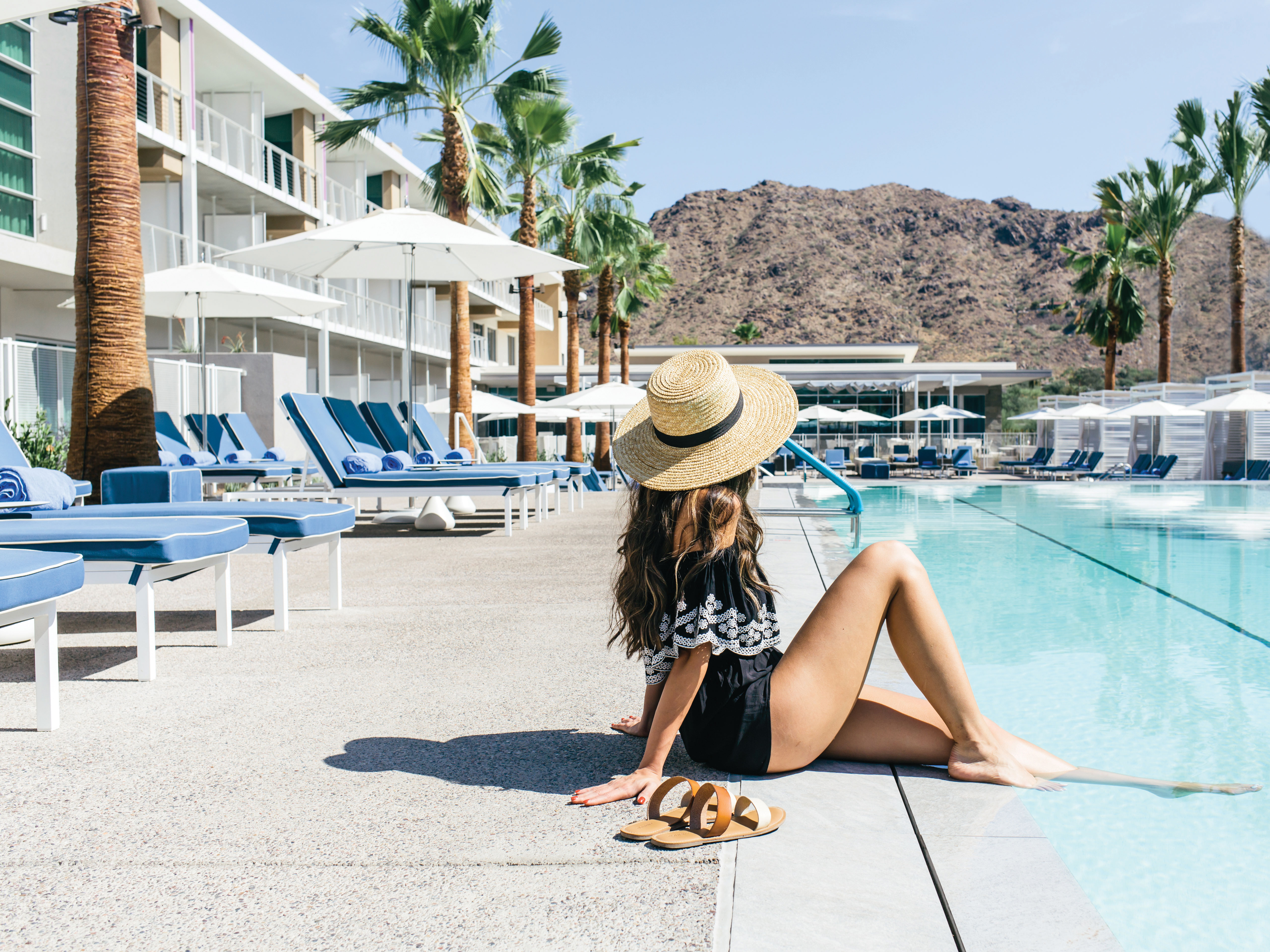 Who knew? Definitely not me. I grew up just outside Phoenix and lived there for 22 years, began my career in magazines there and still had no idea how cool this desert town was until I decided to visit and see it through brand new design-savvy eyes.

I always considered the Phoenix area a great place to grow up with good hiking, gorgeous weather (nine months of the year) and stunning sunsets. Then I left, and though I go back, I never bothered to really rediscover my hometown. When I took the job as editor here I thought I would be remiss not to make like a tourist and check out what Phoenix has become in the 17 years since I’ve been gone—after all, it’s one of the easiest destinations to reach from San Diego by car or plane. Plus, I needed to explore this concentrated effort I’d been hearing about, the one to regenerate, reinvigorate and reinvent the city.

So I hopped on a plane, met up with my best friend of 20 years, Kim Mowbray (also a native), and hit downtown Phoenix. What I found was a burgeoning culinary scene, artist communities, organic farms, inspired shops and incredible architecture. Here, a few of our don’t-miss spots—whether you’re there for a week or just the weekend. 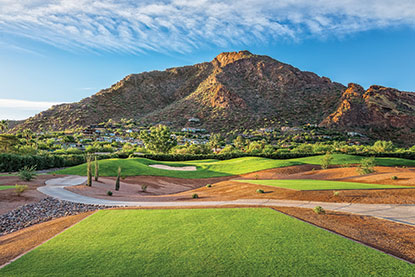 A Resort at the Foothills

I booked at the newly opened Mountain Shadows resort, which is steeped in history—Bob Hope, Lucille Ball, Elizabeth Taylor, Sammy Davis Jr. and more visited the original, which was a benchmark for desert luxury when it opened in 1959. It closed its doors in 2004. After years of sitting vacant, the resort was demolished, and in 2017, a $100-million namesake resort opened on the same site in the shadow of Camelback Mountain with a strong nod to its midcentury-modern predecessor.

The 183 guest rooms feature plenty of design ideas I’ll be stealing for my own eventual remodel—concrete floors, custom-designed furnishings, graphic artwork and area rugs, and a shower with three glass walls nestled between the bedroom and bathroom. 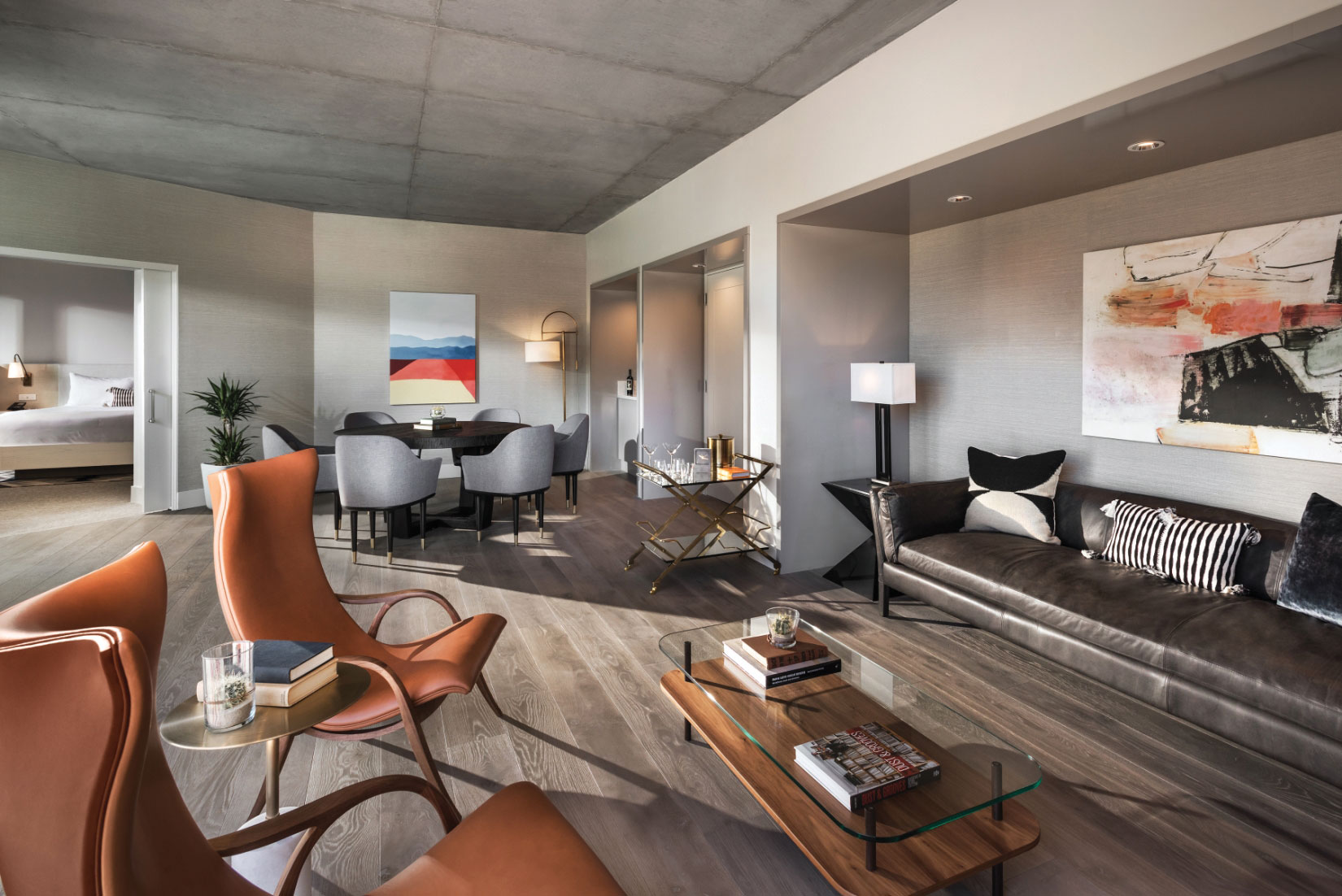 Mountain Shadows’ two pools (heated during cooler months) and free yoga Thursdays (at 6 p.m.) that end with bites and $5 glasses of wine are added bonuses. 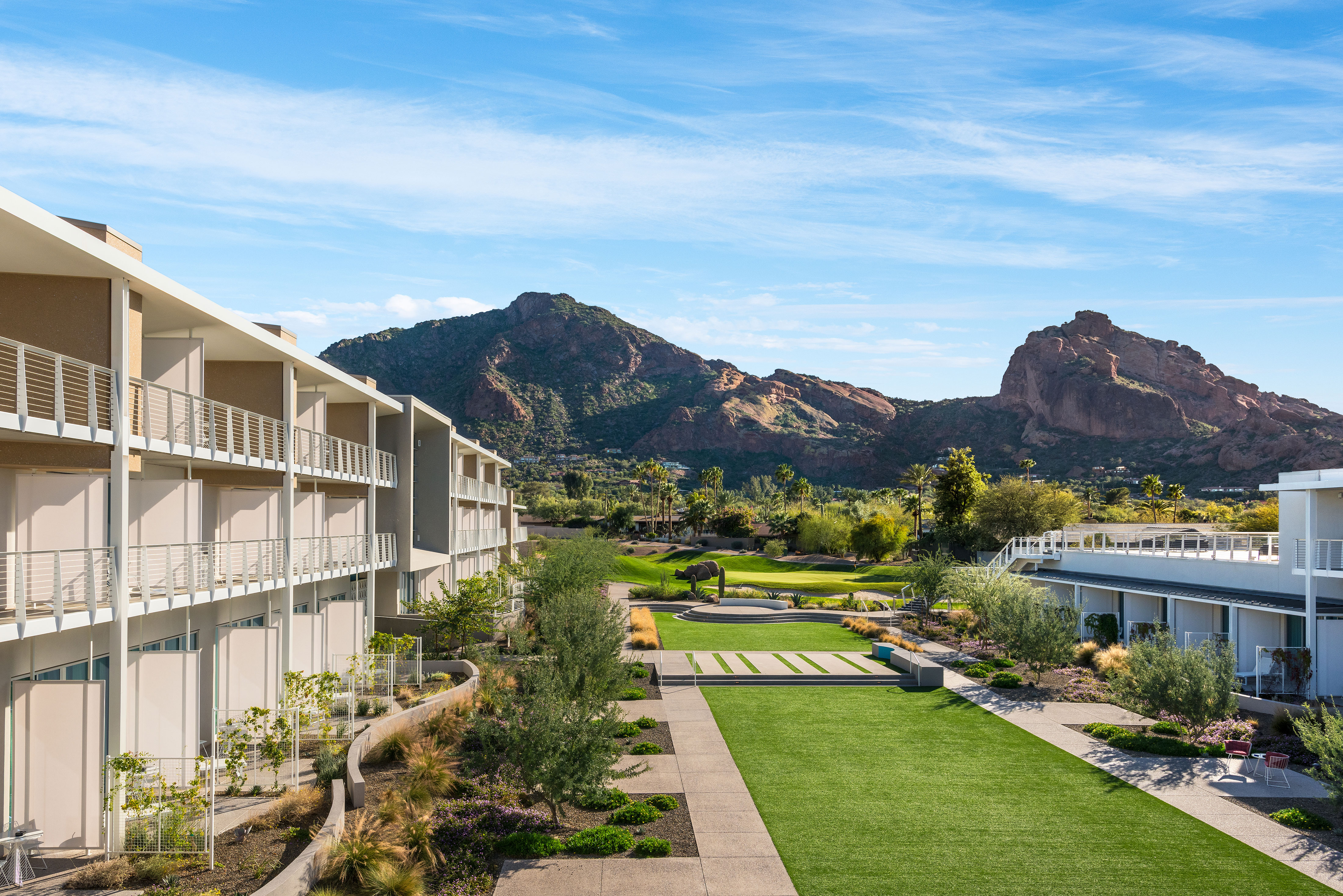 Arizona’s Camelback Mountain can be seen from the guest rooms at Mountain Shadows. 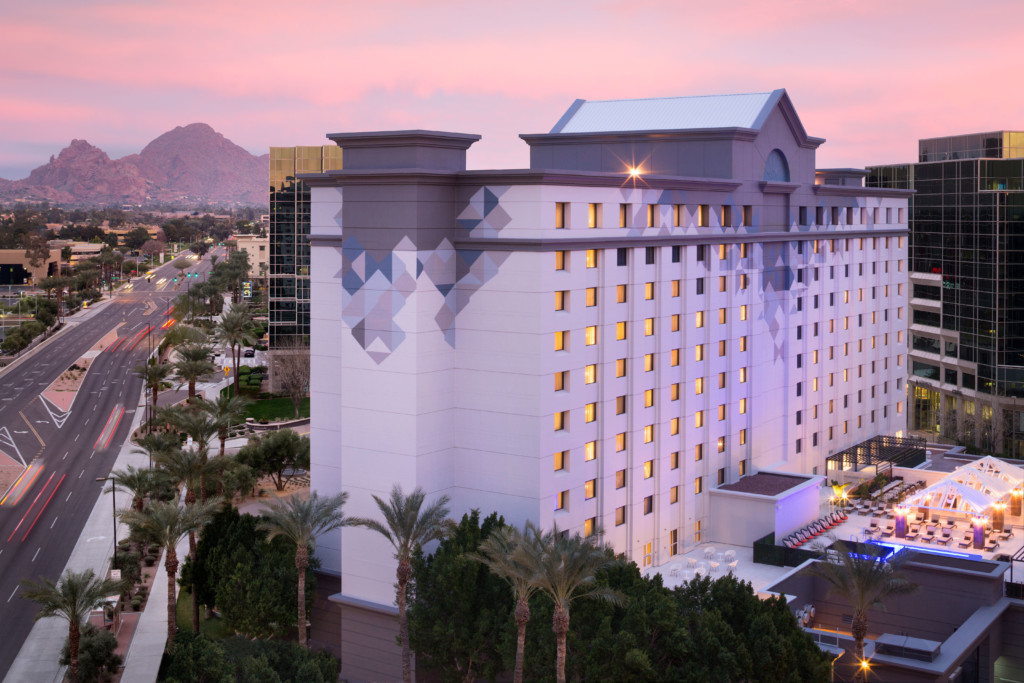 If you like to be where the action is, stay at The Camby Hotel. 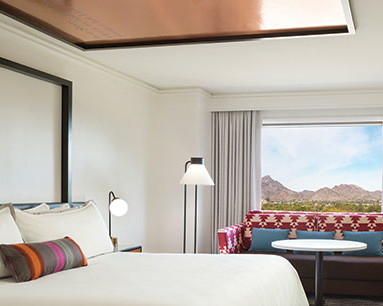 In place of what had been a rather dull Ritz-Carlton Phoenix sits this stylish 277-room hotel right in the city’s business and shopping epicenter. It features edgy artwork, a minimalist lobby with remote check-in and an unexpectedly bright and inviting spa.

Even the practice of high tea takes a twist during the Tipsy Tea service in the hotel’s The Bees Knees lounge on Friday and Saturday from 2-5 p.m. For $40 per person, you get a prix-fix menu of bites such as mango crab avocado sliders and fried cherry green tomatoes with lemon aioli, a teapot filled with a tea-infused cocktail (hot or cold) and sweet treats. Note: It’s wise to make reservations.

The rooftop pool features a video projection to bring movies, sporting events and more to this spot when it gets dark. 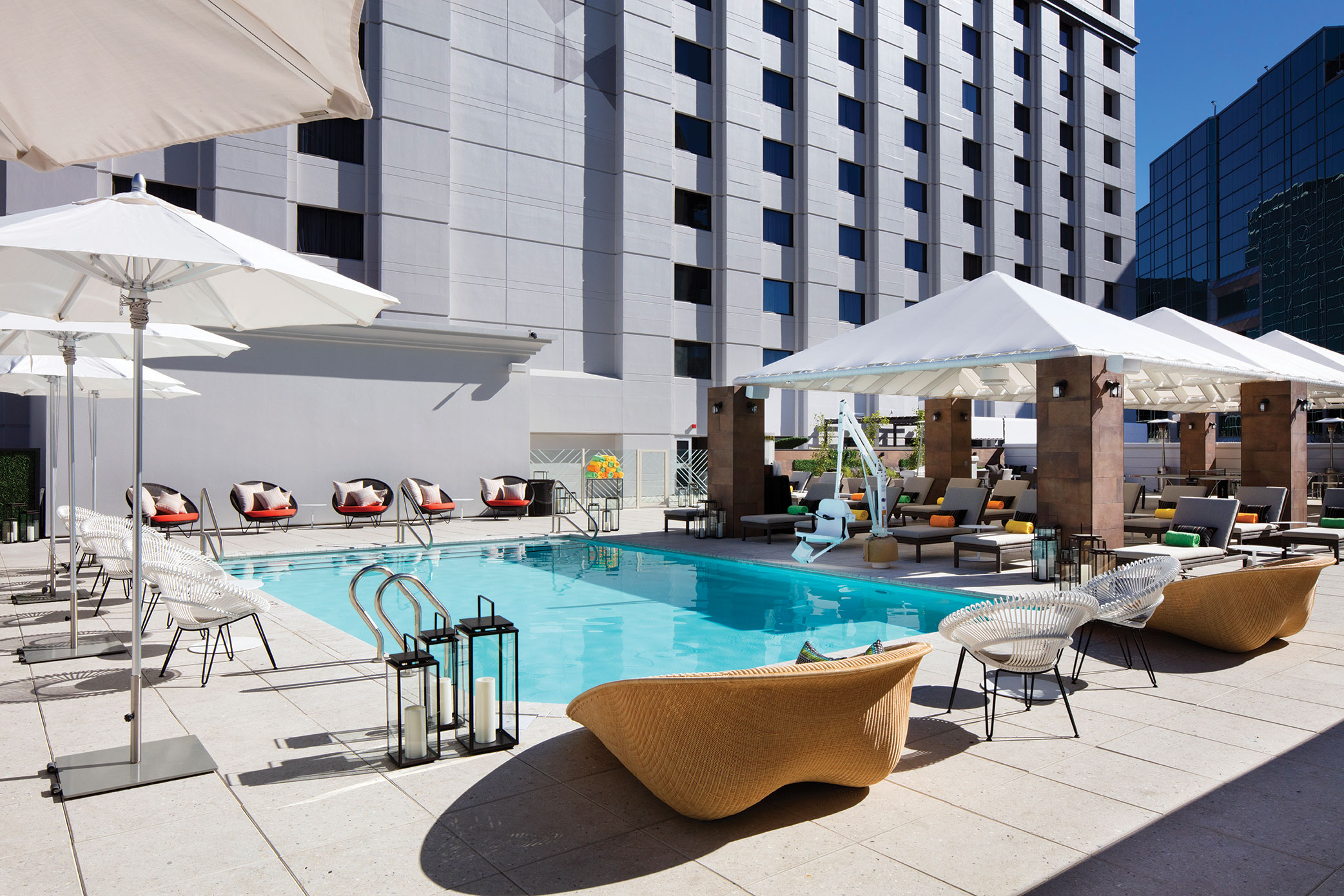 Insider history tip: Arizona’s five Cs (copper, cattle, cotton, citrus, and climate) played an important role in the state’s early economy and are on display at The Camby in such items as copper and cattlehead light fixtures. 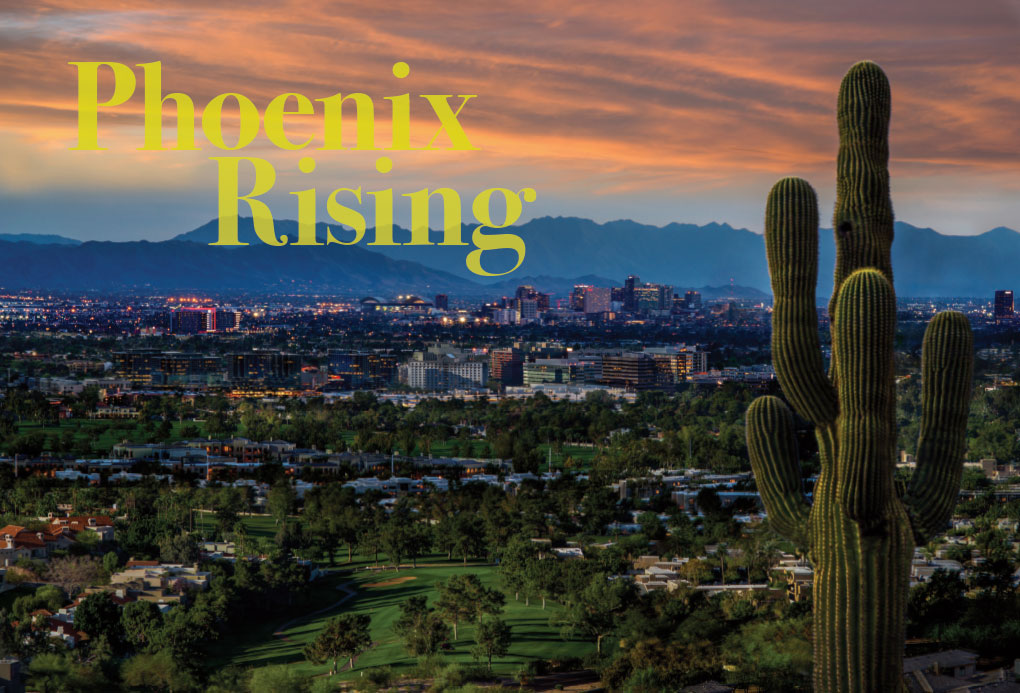 Our four part guide exploring Phoenix travel as a design destination. Find out where to stay, where to dine, where to shop and what to do.