Food blogger and cookbook author Whitney Bond curls up on the couch with a holiday meal reimagined. 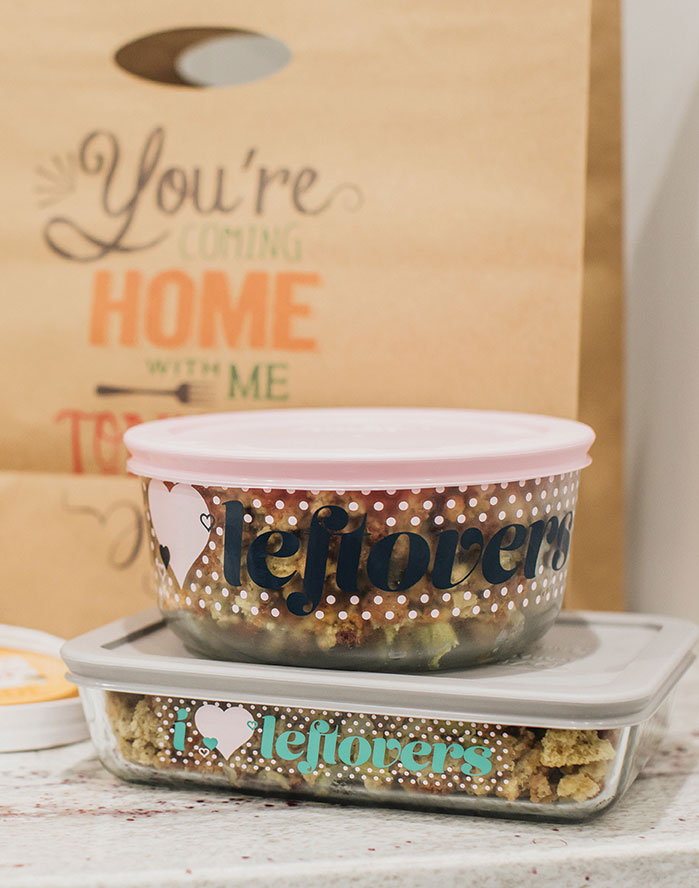 While most of us embark on the mountain of gravy-streaked dishes in the sink and attempt to cram the excess stuffing, potatoes and turkey into Tupperware after indulging in our Thanksgiving meals, Whitney Bond, food and cooking expert, blogger (whitneybond.com) and author of Buffalo Style: Ditch the Wings, Keep the Sauce, is already dreaming of what she’ll make next. That’s right. While some of use throw in the apron and vow not to cook for a month, Whitney’s inventing the next iteration of those foods in her head to serve tomorrow, the next day, and the next and the next (well, you get the picture).

Leftovers let Whitney do what she does best—tinker, experiment and create something amazing. It’s sort of a metaphor for her adult life. 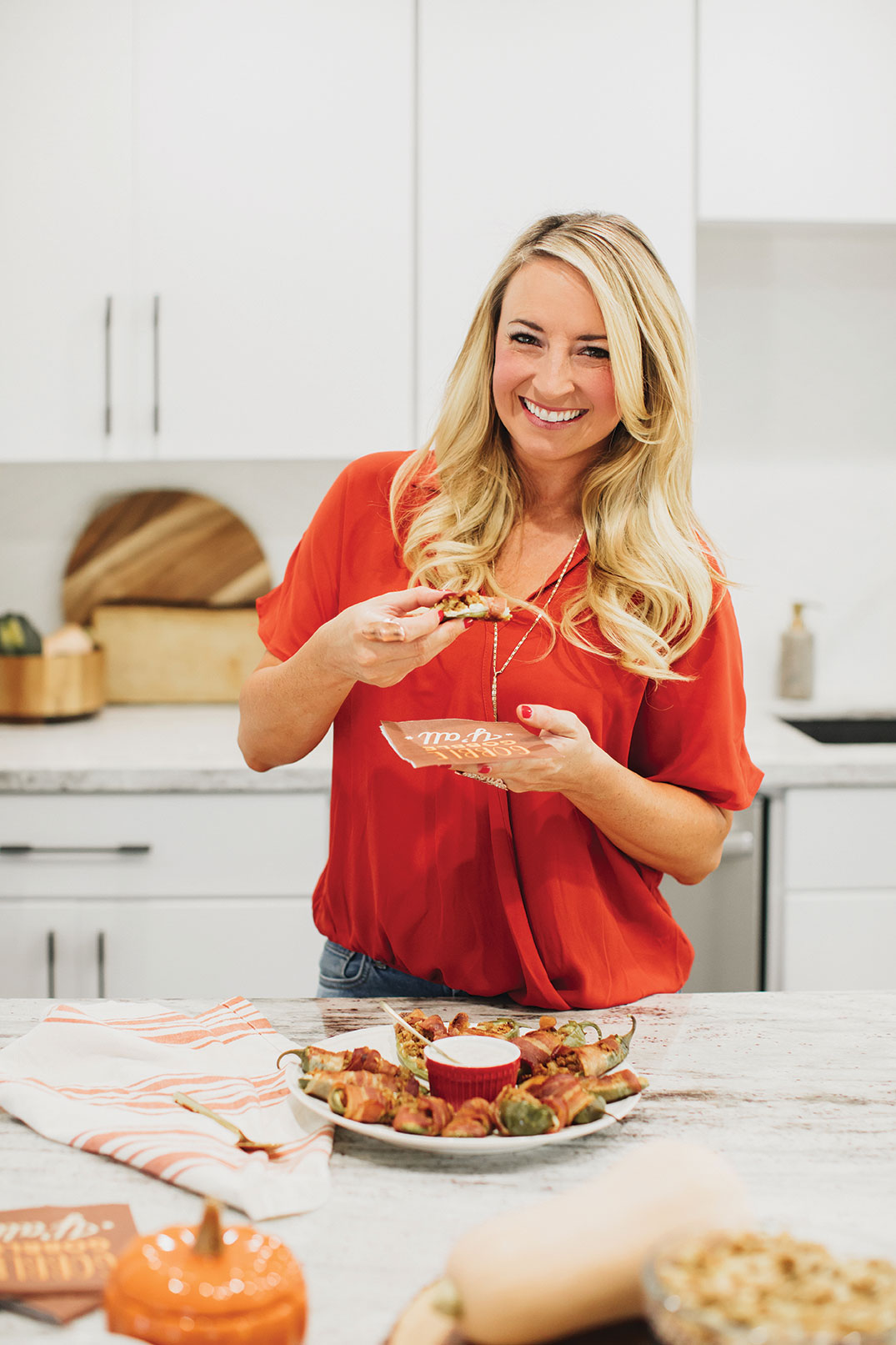 Born and raised in Oklahoma, Whitney learned to cook alongside her dad and baked with her grandmother, who lived across the street. At 18, she came to San Diego to study at SDSU, but she missed home cooking. She discovered the locked closet-size kitchen at the end of her dorm’s floor and made meals for herself and friends. She also smuggled in a waffle iron and blender (both against dorm rules) so she could make more than microwaveable meals in her room.

Though it took Whitney a couple of years to find her place (she moved to Los Angeles for two and a half years) and her path (she founded a modeling and promotion company that had a good run), she kept cooking through it all and used food as her way to make friends wherever she landed or to thank those who offered her a place to stay along the way.

“It was about this time that I started to get more creative with my recipes,” she explains. “It was due to the sheer fact that I was broke, and I had to make something with what I had in the house, but the experimenting ended up benefiting me.”

In August 2011, Whitney started her blog (though it was called Little Leopard Book back then), sharing stories about her life and some of her recipes too. A year later, she moved back to San Diego and shifted the blog’s focus to food. 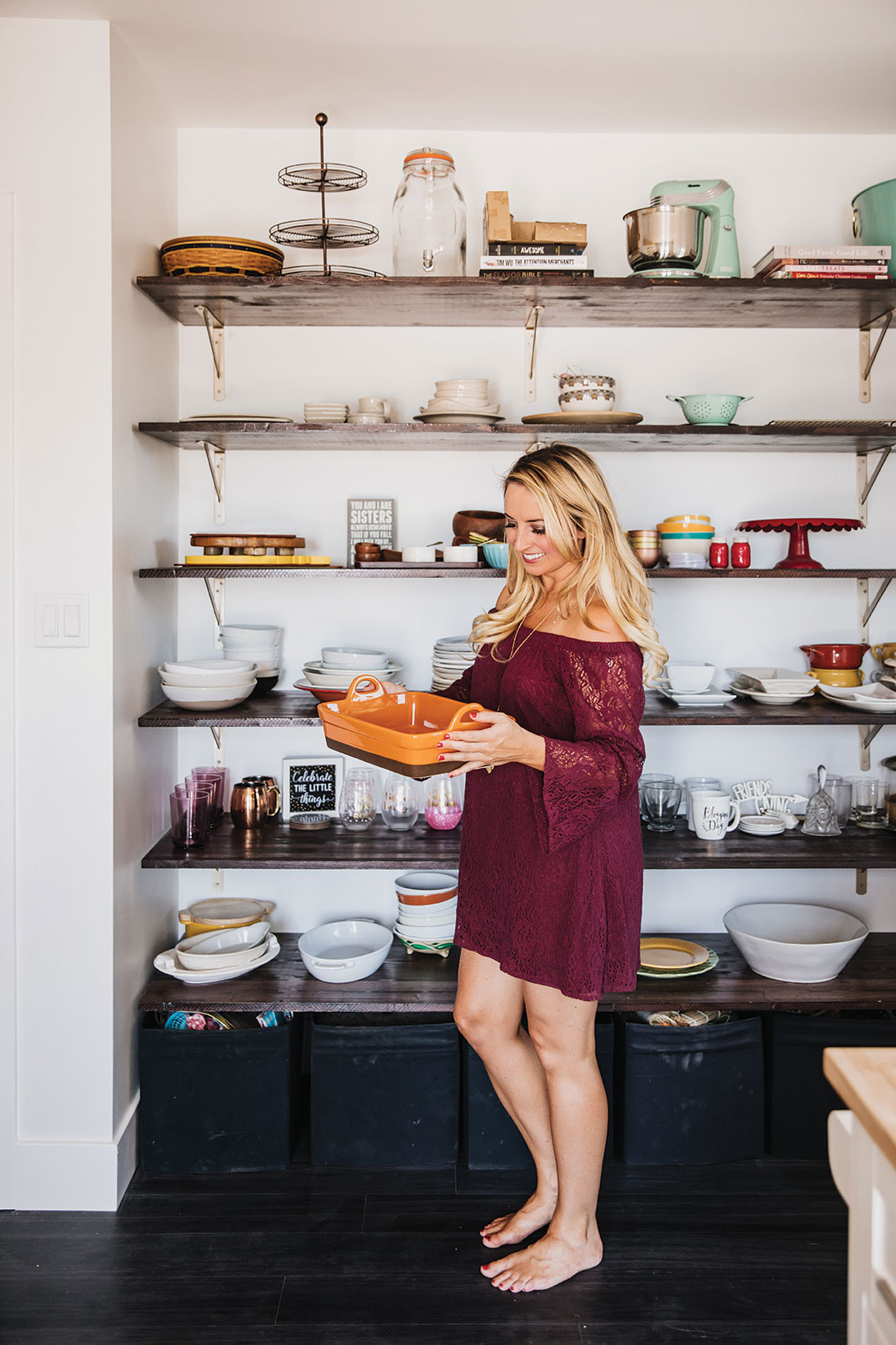 From there, she wrote a cookbook, started hosting (and charging for) pop-up supper clubs and appeared on local TV to do live cooking demonstrations—all the while blogging and growing her audience to more than 500,000 monthly views. She became popular among single and family home cooks alike with her one-pot, 29-minute meals, new twists on favorites such as bruschetta and zoodles, and her ideas for making last night’s dinner fresh again.

Every fall, along with new Thanksgiving recipes she conceives, Whitney comes up with a handful of clever new leftover recipes as well—from soups and casseroles to quiches and pizzas. This year, she shared some of her absolute favorites with us. 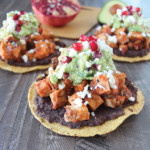 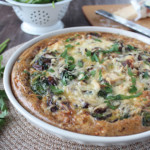 This holiday-inspired cocktail is festive and delicious 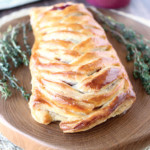