A hairstylist cuts through the clutter with photography 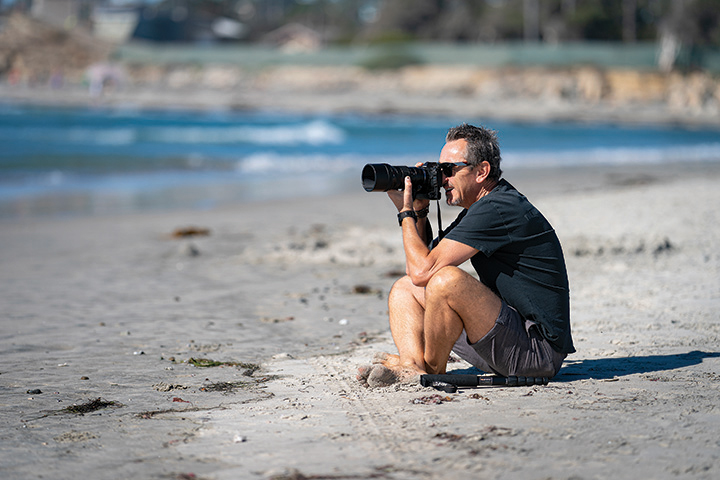 “This is my secret… I’m not quite ready to expose myself.”

Franck is in the business of making people look—and feel—good. He and his wife, Maryline, run Franck H Hair Salon, a small, high-end hair salon in Cardiff where a change of attitude is part of the experience. “People come and see me and tell me their hair is driving them nuts,” Franck says. “They leave and they say, ‘Oh, my God, thank you so much.’ I love it, just to make people happy.” And of course when he says that in his native French accent, it sounds even more endearing.

He knew from a young age he wanted to be a hairstylist, changing course from the family business: music. His father and grandfather were both musicians and Franck spent seven years of his childhood studying music, specializing in percussion instruments. But in his 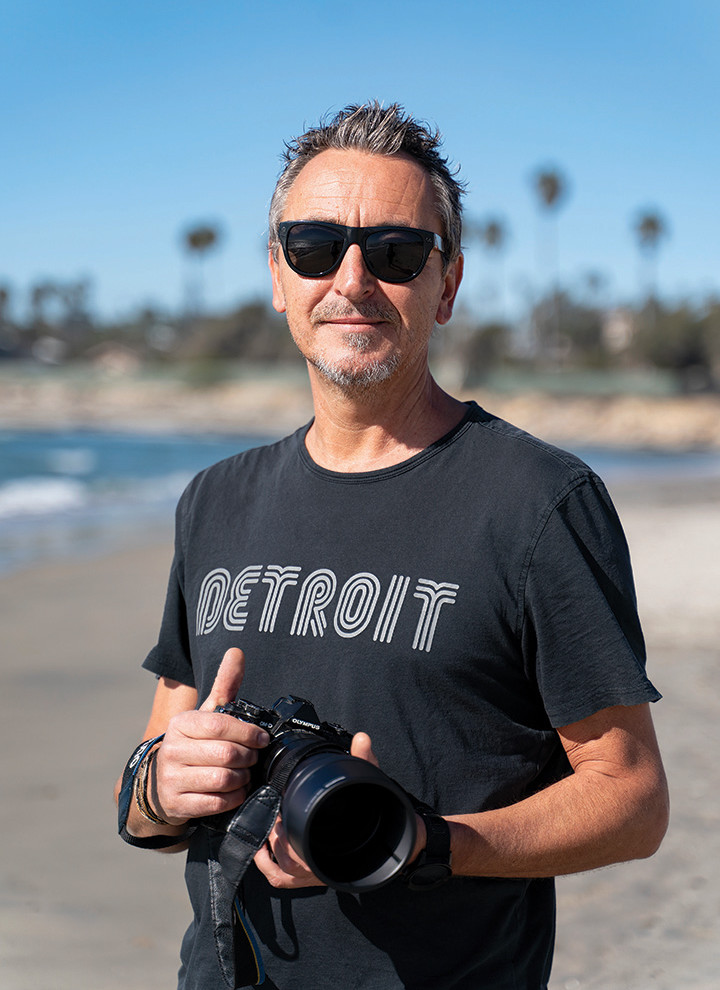 teens he decided on another calling.

“When I turned 14 or 15, I said I wanted to be a hairstylist. And that was it,” he says. “I love the social aspect, surrounded with beauty.”

He began the rigorous training required in France, where he says it takes eight years to become licensed (in California it’s 10 months), and along the way he met Maryline. They have been together for almost 35 years.

It was during his teenage years that he also first picked up a camera, developing a passion for photography that now not only satisfies an artistic need but helps reinvigorate him for his work.

“What I’m doing at the salon, it’s a lot of concentration. I’m listening a lot, I’m talking a lot, I’m absorbing people’s energy,” he says. “And when I get into the field, taking pictures—no matter where I am, I try to release that energy, good or bad, positive or negative. It’s definitely therapeutic for me.”

Self-taught and perpetually wearing a camera around his neck, he shoots often at the beach or in the desert, rendering familiar objects and locations mysterious and abstract, like a dream half-remembered. And like when he was a boy growing up in the countryside of Brittany, he is constantly searching for “light, space, scents, wind, the sound of trees,” he says. It’s a solitary pursuit for him, a deeply personal and private ritual, and he takes special delight in heading out to the Anza-Borrego desert and national parks in his camper for his photo fix. “You go in the field, you shoot and you find yourself.”

Franck Houdin uses low shutter speeds to capture the overexposed image of five surfers heading out into the ocean. He calls it “On Their Way.”

He is reluctant to tout his photographic skills—his images are all achieved without the use of Photoshop—but he is happy to share them. He has, in fact, turned his salon into something of a showcase not just for his work but that of others, as well. “I’ve got space; I’m going to help people. I’m going to help some painter or sculptor, so I’m using my space as a gallery,” he says. 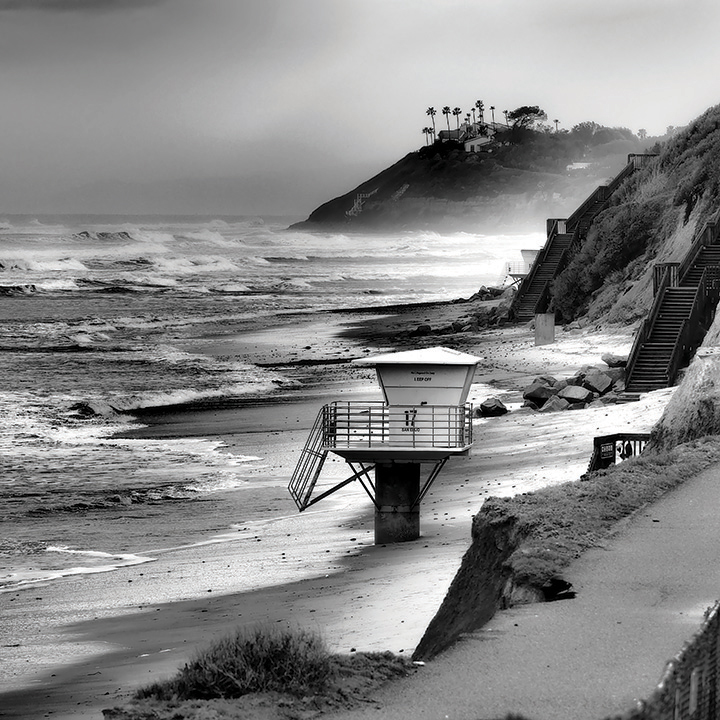 It’s all in keeping with an all-around artistic lifestyle that includes videography, the occasional jam session and sculpture, for which he found he had a natural affinity. “I’ve been working in 3D around the heads of people so I know proportion. And one day I got a piece of clay and I started to mold and I’m like, oh yeah, that’s cool,” he says. He then studied sculpture for four years.

Somehow it all seems so perfectly French, making it easy to picture him in the 1920s, sitting in a Parisian salon of a different sort, talking Dadaism with Man Ray while encouraging him to try another hairstyle.
“We’ve been born to give something, not to take,” Franck says.

And now the secret’s out.