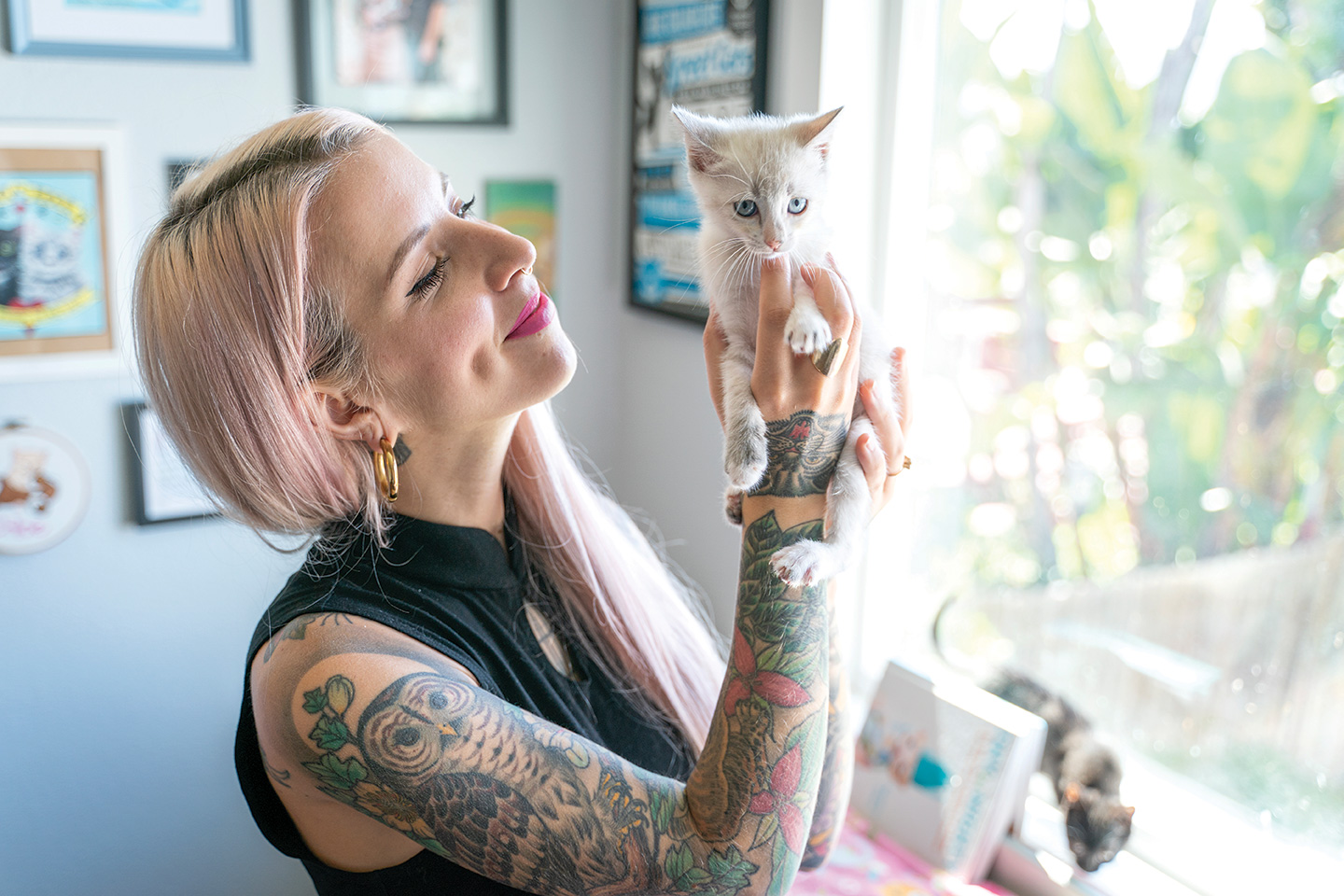 She was not bitten by a radioactive cat or raised in the wild by a pride of feral felines, but Hannah Shaw has become a superhero in the world of animal rescue. Better known as the Kitten Lady (@kittenxlady), she travels the country doing lectures and workshops on the importance of rescuing orphaned kittens and how to safely do it. Her book Tiny but Mighty: Kitten Lady’s Guide to Saving the Most Vulnerable Felines is a New York Times bestseller, and her children’s book, Kitten Lady’s Big Book of Little Kittens, has just hit the shelves. (Want to win one of her books? Details on page 118). Hannah’s San Diego operation includes her Orphan Kitten Club (orphankittenclub.org), which provides neonatal care, a trap-neuter-return program and grants funding innovations in kitten care. San Diegans looking for a fur baby can also find adoptable kittens on the site. 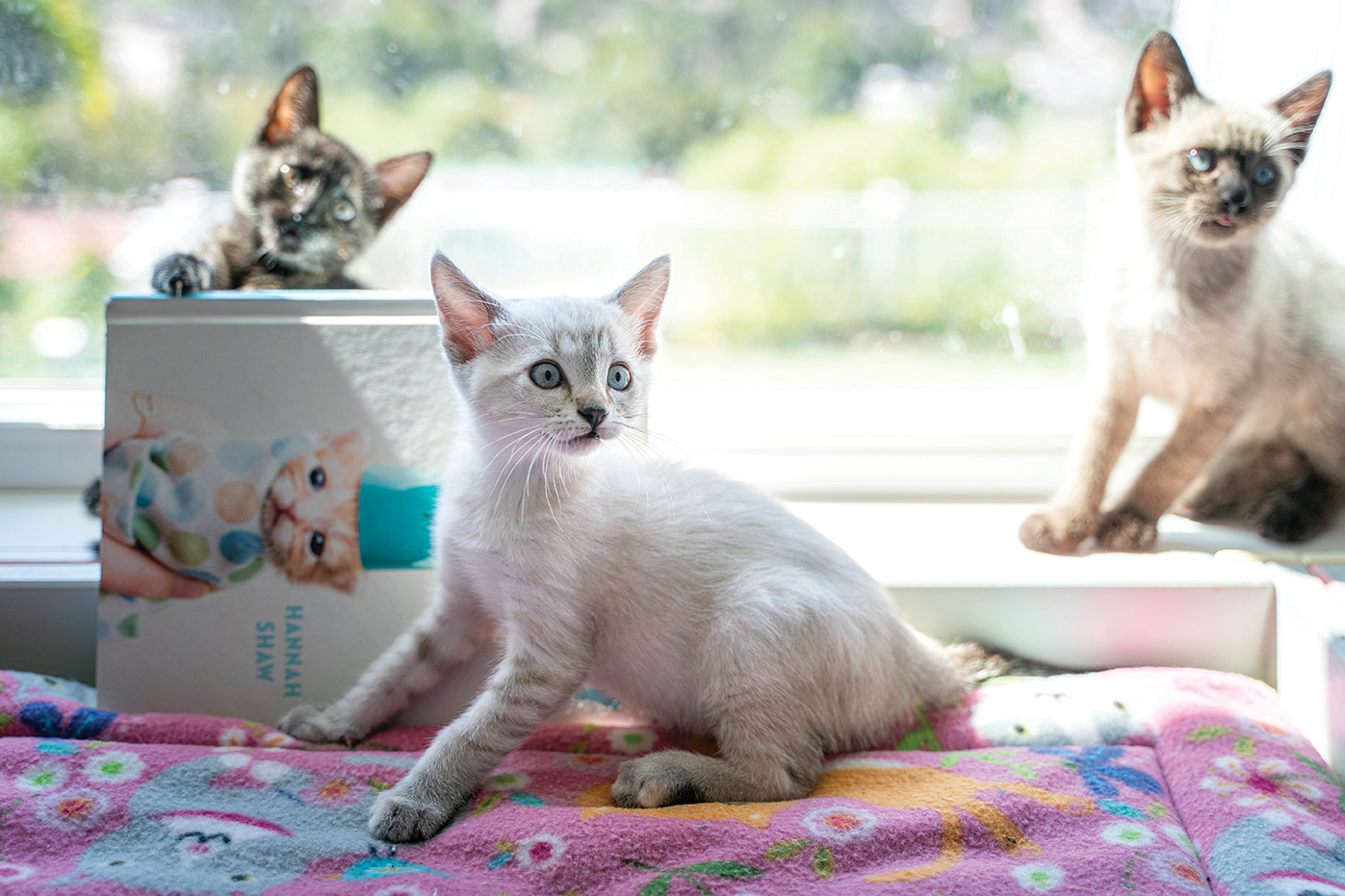 How did you become the Kitten Lady?

It started organically enough, finding a stray kitten and eventually volunteering at animal shelters. “I realized the majority of animal shelters in the United States weren’t giving out any written educational materials when you sign up to foster,” Hannah says. “A lot of them didn’t know how to train people so I decided to start creating training toolkits and resources for shelters to use, and I’ve never looked back.”

How many cats live with you at any given time?

She has three cats, while also caring for anywhere from five to 12 kittens at a time, nursing them through the critical period of age 1 minute to 8 weeks and preparing them for adoption. “We get them adopted very quickly once they’re healthy and independent,” she says. 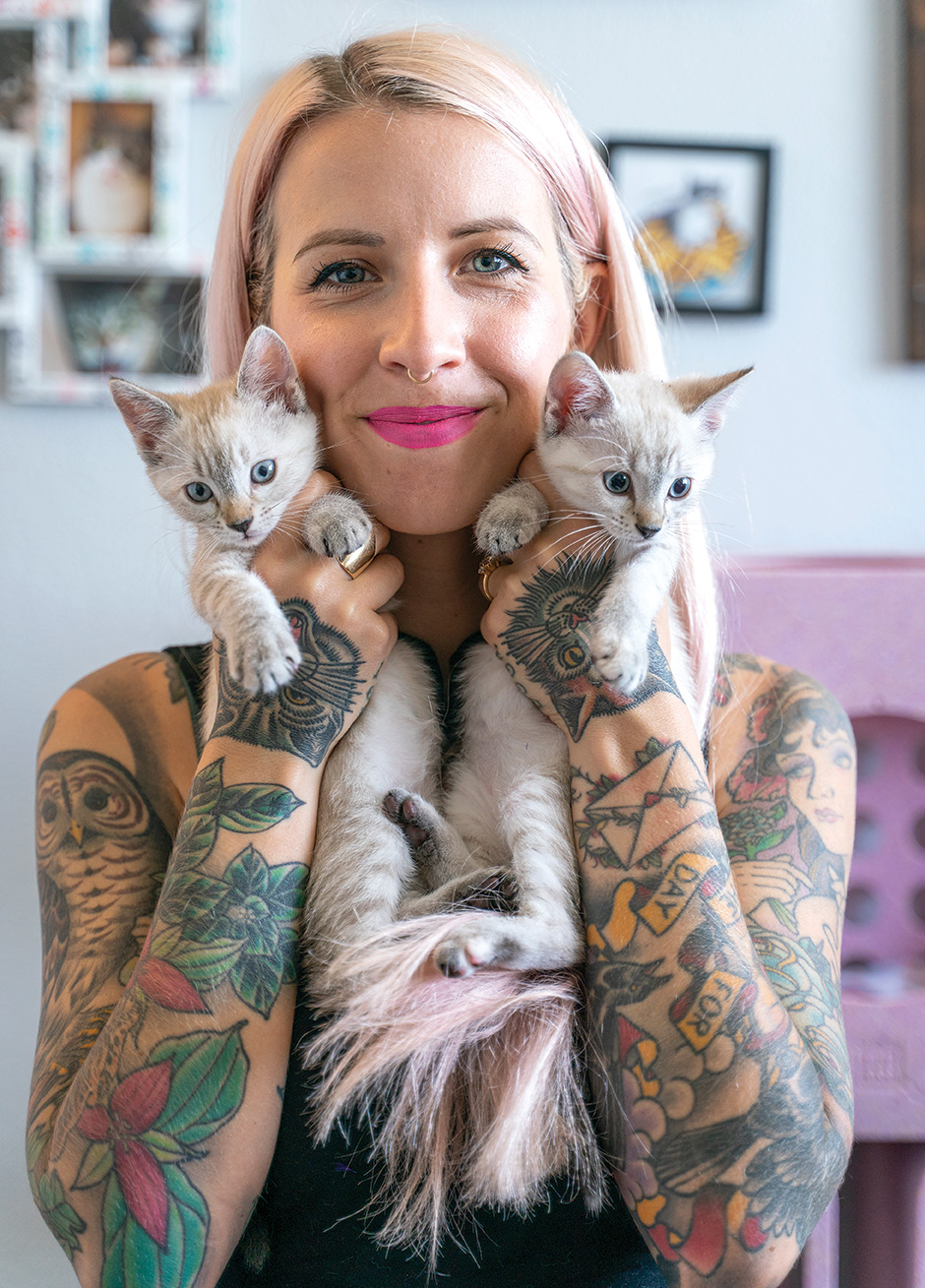 Did you have a lot of pets growing up?

“I grew up in New York City and I didn’t have animals as a kid,” she says. That all changed with the arrival of Dina the bunny when she was a teenager. “Dina was the animal who taught me everything I knew about commitment; she came with me all throughout being a young adult, all throughout college.”

Don’t you get attached to the foster kittens?

“Goodbye is a very special moment and I consider it to be a celebration because they graduated the program and it’s like hey, you did it, you succeeded. We have a graduation day, we have a little party for them…that’s what it takes to save more because the truth is there are always, always, always more kittens who are just down the road at the shelter who are waiting to be saved.”

She’s not much for stuff but Hannah has a thing for her rings, including her engagement ring and a ring her father wore in the ’70s. “It’s this really cool, clunky ring (pictured left) that looks insane,” she says of her dad’s old jewelry, “and I’ve worn it every single day for my entire adult life.” 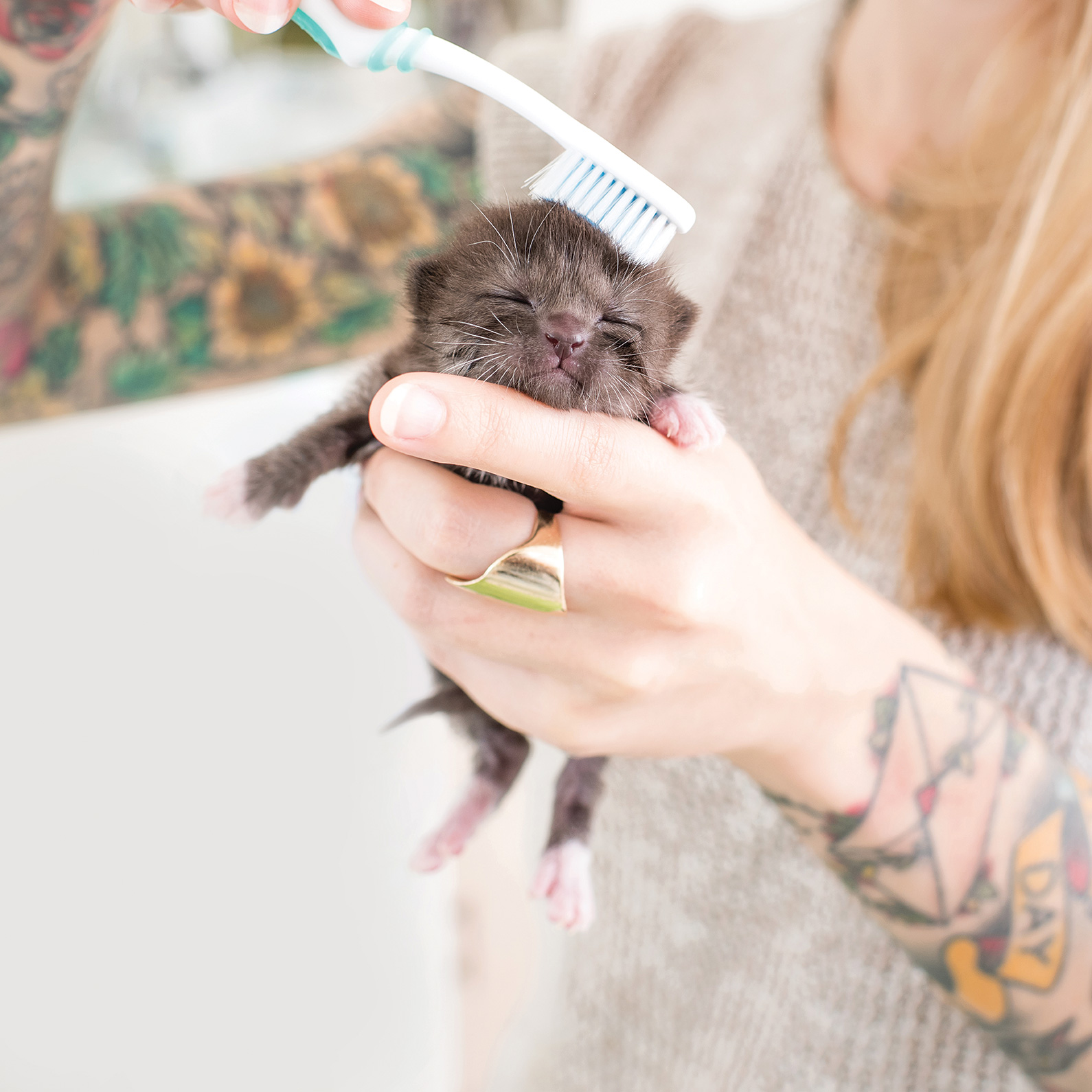 “My holiday tradition is to get away from the cold because I hate the cold. But now I live somewhere I don’t have to do that so I’ll have to find a new tradition,” she says. “I want it to be 90 degrees every day; I will come back in my next life as a lizard on a hot rock.”

What’s the most New York thing about you?

“I will always have a New York personality; I walk fast, I’m a mover and a shaker, I can’t sit still for long—not to say that people on the West Coast don’t do that but people here are a little bit better at chilling out. I am not good at chilling out.”

What do you do to relax or clear your head?

“Being in the ocean or being in the sunshine or going for a hike, those are ways I am able to take a break, take a breather, disconnect from the stress of rescue for a moment—even if it’s just going on a hike to Cowles Mountain for an hour or doing a half day at the beach…I love going to Dog Beach,” Hannah says.

Isn’t that ironic that you love Dog Beach? 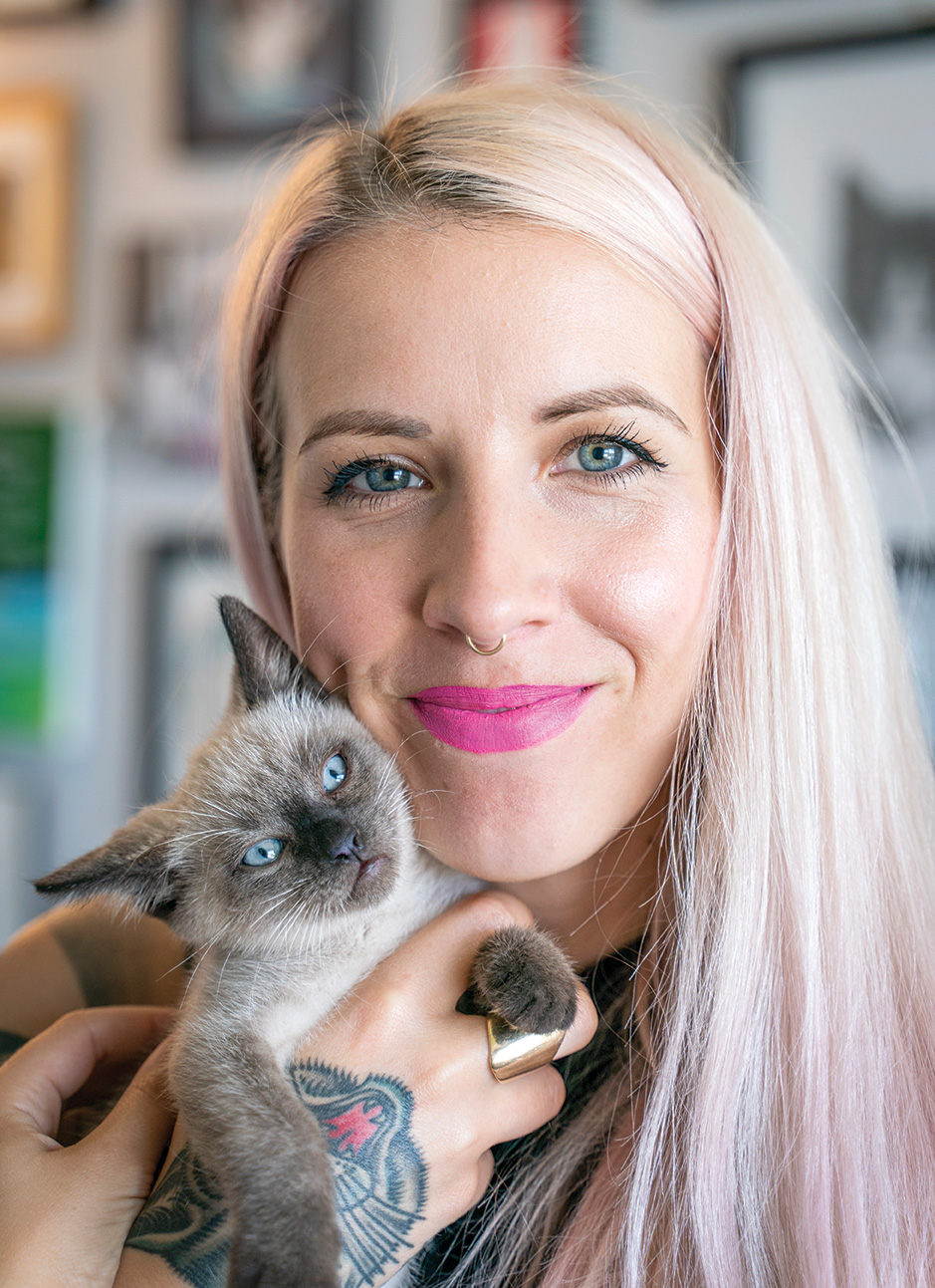 For Hannah it’s the late indie singer/songwriter Elliott Smith. “I just adore him,” she says.

Hannah has been a vegan since she was 15 so she is a fan of Kindred (Rice Above dish pictured), Plumeria and the vegan options at Hachi Ramen. As a relative newcomer to the city, she also gives a big shout-out to Vegan in San Diego, which not only produces vegan events but also maintains a master list of all of the city’s plant-based dining standouts. “You can follow along with what Vegan in San Diego is doing and find all of the really delicious food here; it’s awesome,” she says.

What gives you hope?

“Everything I do is based on this stubborn belief that a good outcome is possible even when no one else believes that. And I’ve been able to do very cool things just by saying, ‘You know what? I’m going to suspend my disbelief for a moment and do the thing that I think is right and just.’ You’ll find out you’re capable of doing some pretty amazing things.” 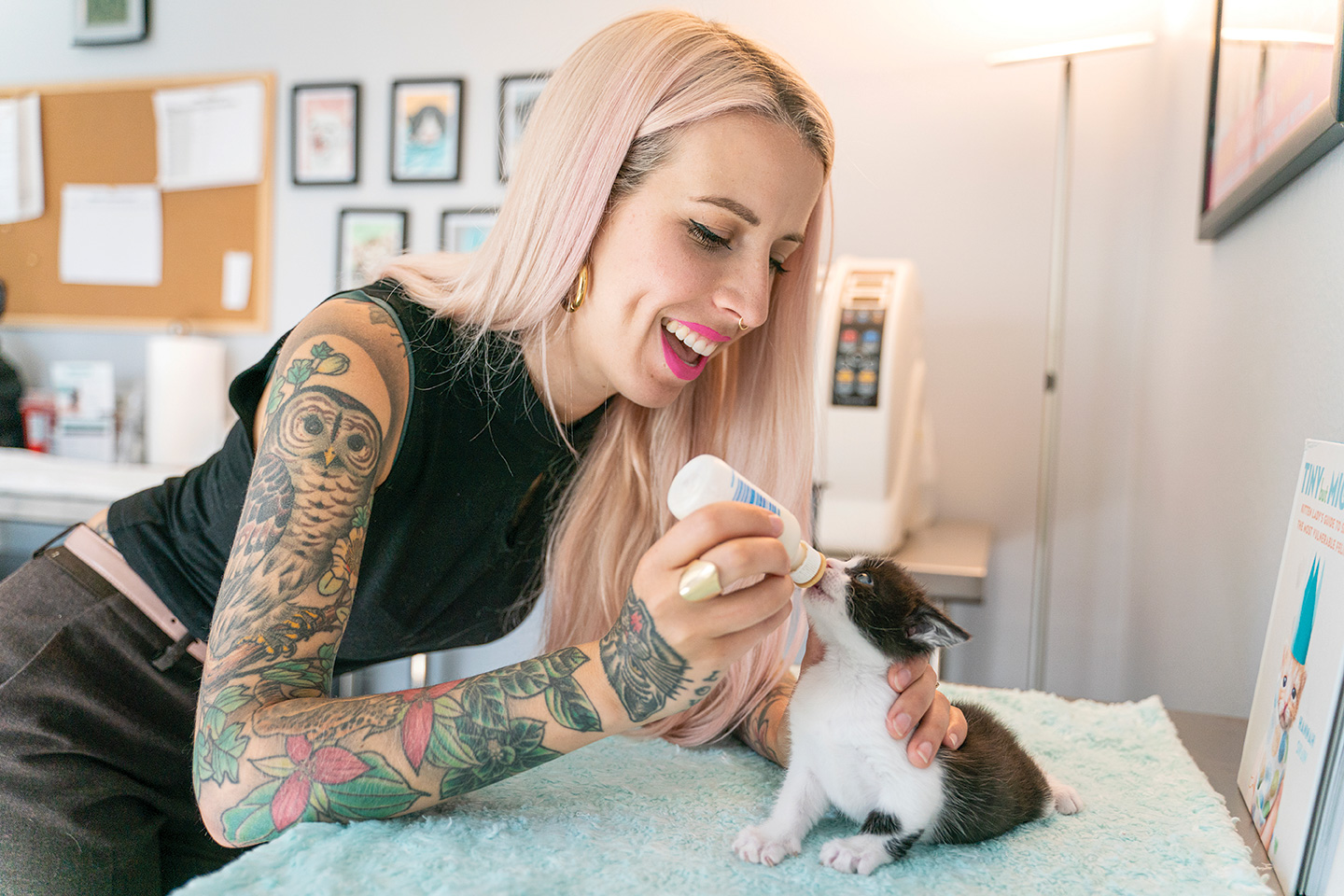