Get to know these San Diego preservationists (and besties) 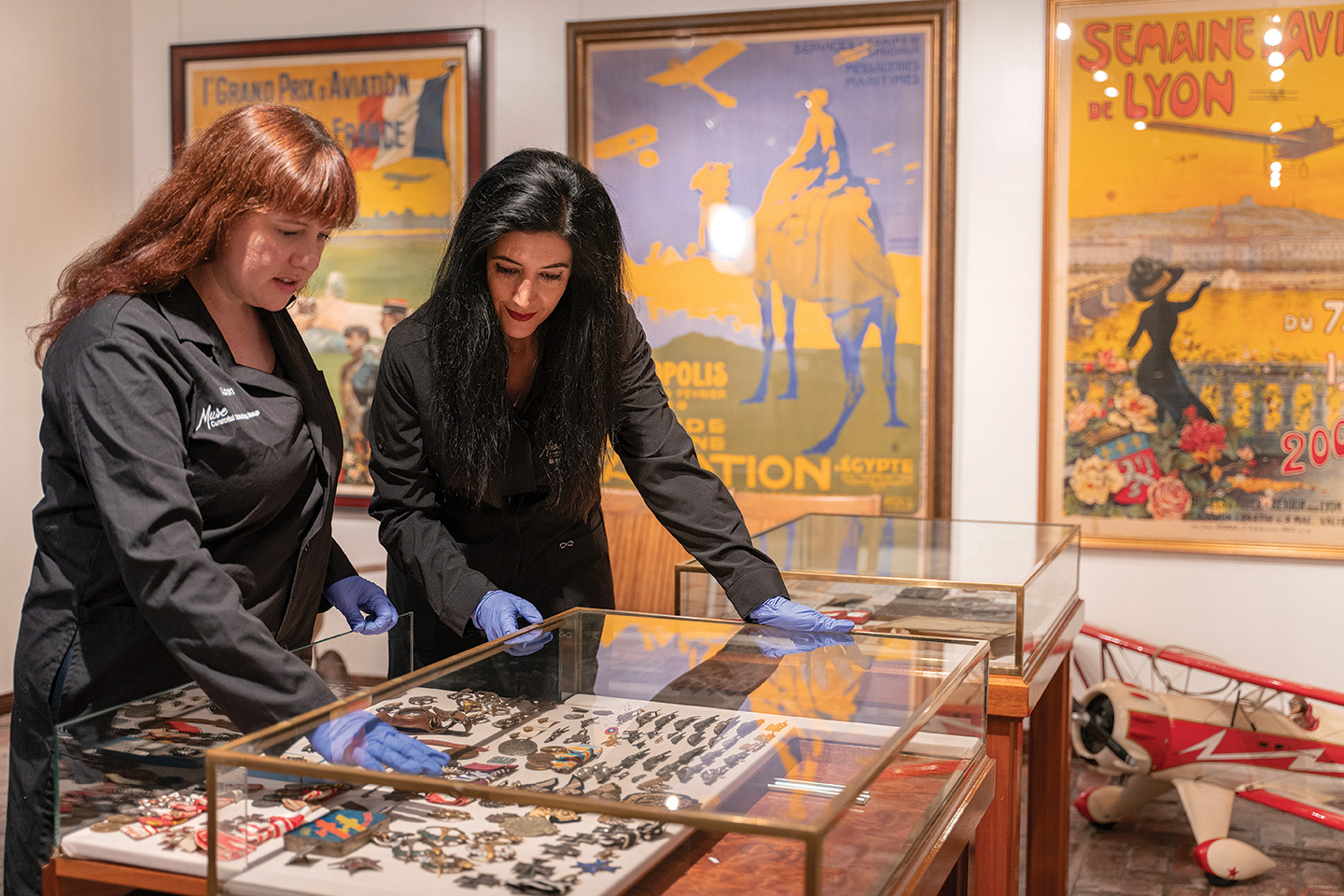 Dellas and Lacy: an ’80s cop show? A vaudeville comedy team? Not quite. Melanie Dellas and Karen Lacy are the duo behind a unique company that assists collectors (or anyone who doesn’t quite know what to do with that painting inherited from grandma) with caring for cultural and historic artifacts. Their brainchild, Muse Curatorial Consulting Group, offers services ranging from appraisals to cleaning and restoration to creating displays, mounts and custom storage boxes. They were inspired to launch Muse while working together and forging a friendship at the San Diego Museum of Man, where Karen was the collections manager. Now the pair also does lectures and workshops, as well as a regular podcast series, “Muse Stories: The Unusual History of Every Thing.” 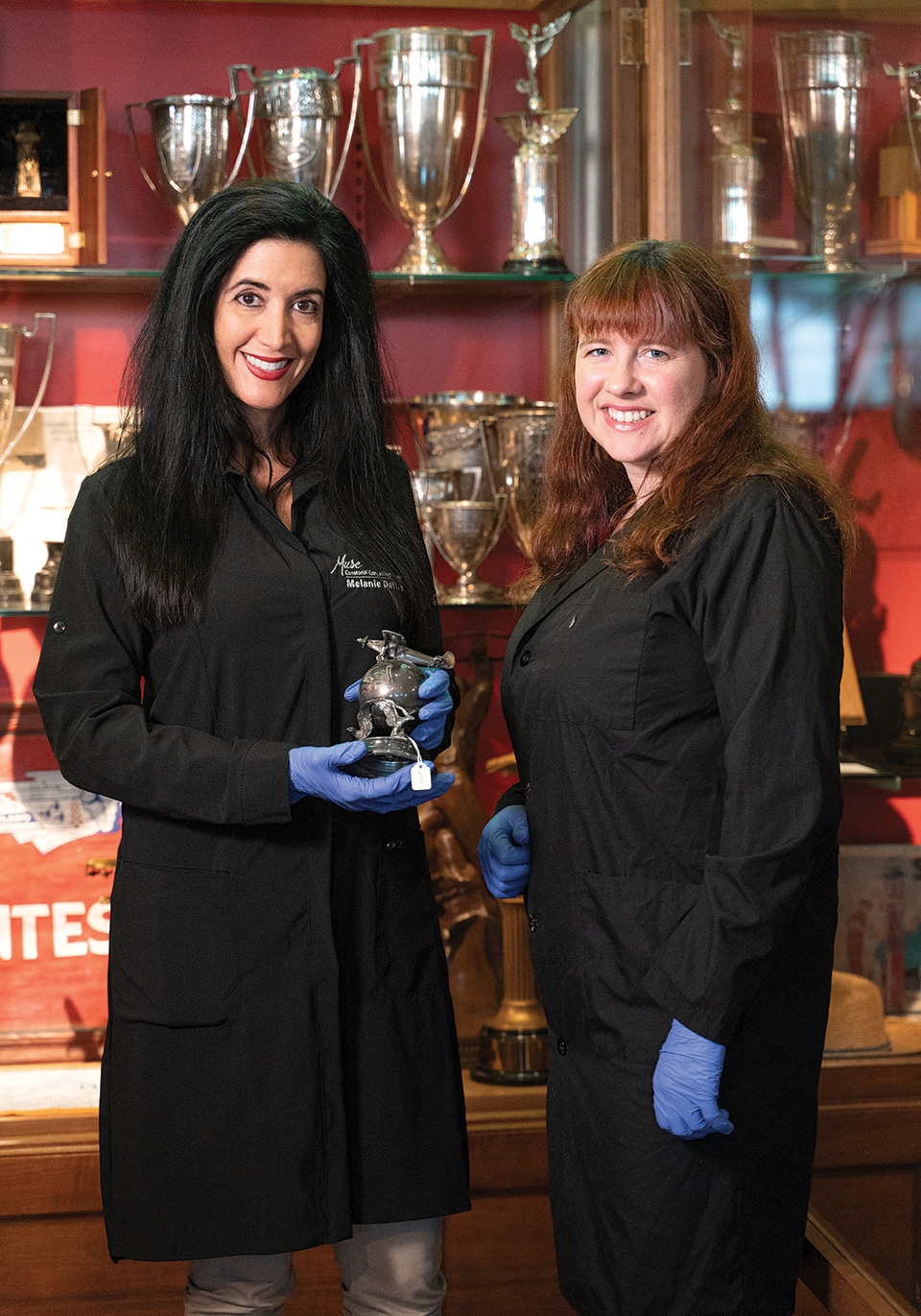 Melanie is the author of a series of illustrated YA books, Fantastic, Fabulous Creatures & Beasts, while Karen is an adjunct lecturer in anthropology at San Diego City College and a coordinator for the California Archeological Site Stewardship Program.

What music do you listen to?

“I can find beauty in most music,” says Karen, whose tastes run the gamut from alternative and punk to ska and classical.

Melanie is partial to ’90s rock bands like the Foo Fighters, as well as remixed Middle Eastern music with a beat. “I have about a thousand and ten of those songs,” she says. “I like a good, dancey Middle Eastern vibe.”

Where do you go to chill out?

“I am a big nerd so when I’m alone I like to read and write, so I go to Little Italy and I sit outside at Caffe Italia,” Melanie says. “I wrote all three of my books there; it’s where I go when I want to read and relax and just enjoy Little Italy, which is my favorite place.” 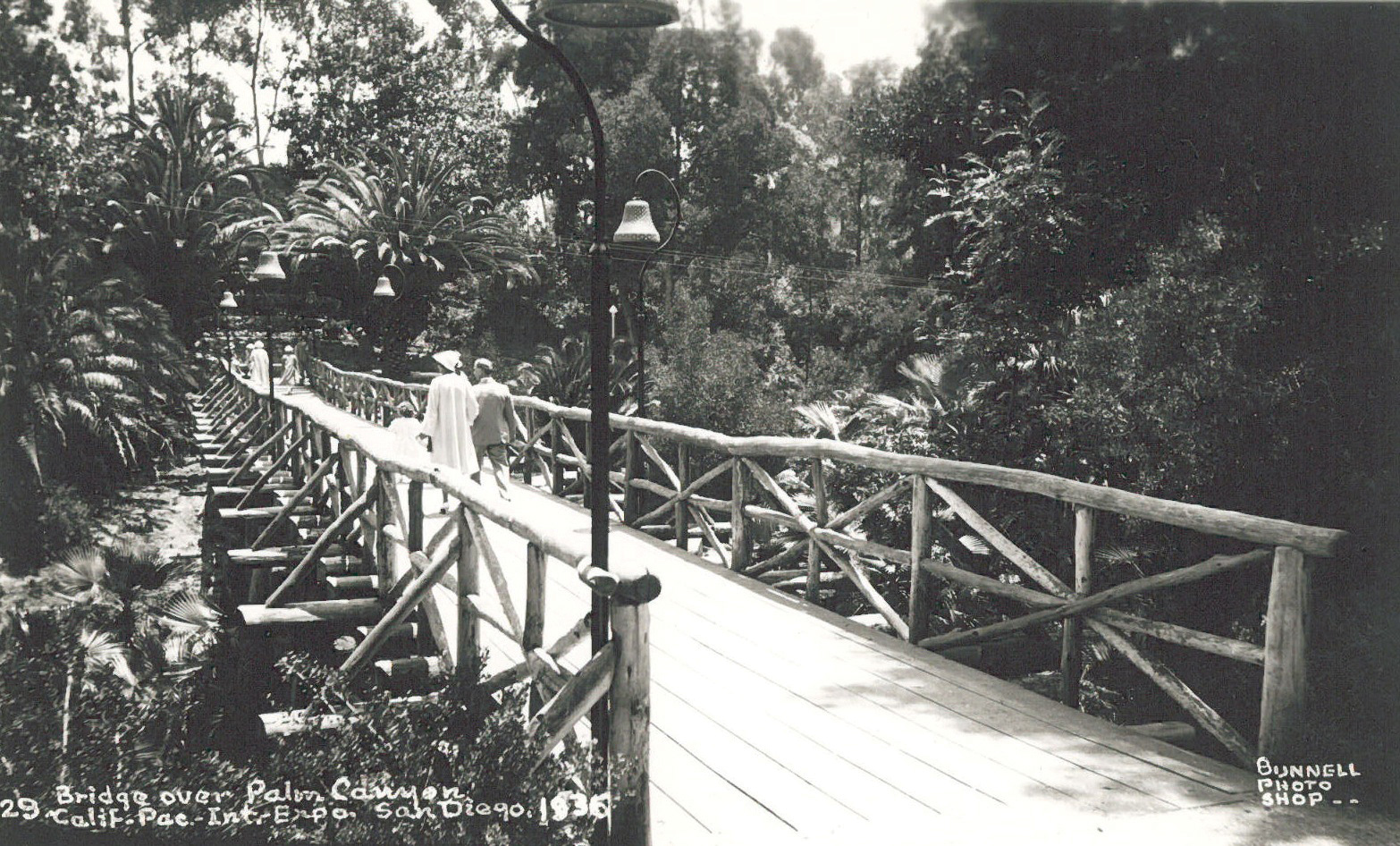 Karen takes it outside, too, but minus the people, and hits a hiking trail. “I love anywhere I can be with trees,” she says. In particular she points to Balboa Park’s Palm Canyon, with its mature canopy, wooden footbridge and twisted tree roots. “And I love being around books,” she adds, “so I go to the library; I’m closest to the Mission Hills library.”

“God, you’re a bigger nerd than I am,” Melanie marvels. 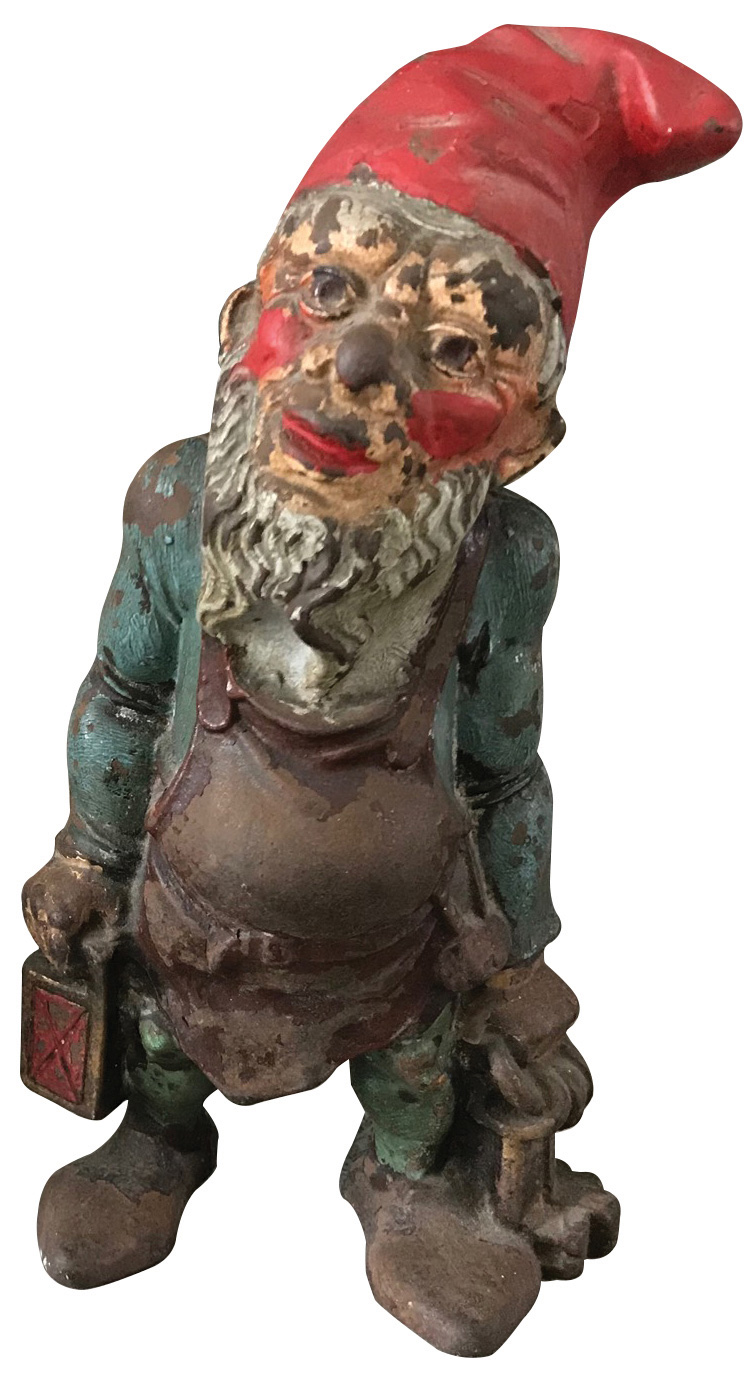 What’s your most treasured possession?

For Karen, it’s a cheap, plastic music box with a dancing clown that her grandmother gave to her when she was a child. “To this day, in my darkest moments, if I turn it on and wind it up, it still makes me smile,” she says.

Melanie cherishes this iron gnome her grandfather liberated from Germany during World War II. It’s featured in Melanie and Karen’s first video blog in which they delve into the history of gnomes, but despite the star turn the statue resides in a rather ignominius location: “My kids make me keep him in a closet because they’re kind of afraid of him.”

What are you doing for Halloween?

As you might expect from the people who co-curated the Museum of Man’s “Monsters!” exhibition, Halloween is their favorite holiday. They are confessed fans of all things creepy— vampires, werewolves, zombies, Tim Burton. “My goal in life is to eventually have a house like the Addams Family with all the weird things they collect,” Melanie says. “And I would live with you in that house!” Karen interjects.

And in the meantime, both participate in elaborate haunted-house productions and get creative with their costumes, and not the cute or sexy variety. “Halloween is a chance to be a character, not a caricature,” Karen says. When someone once suggested Melanie be Snow White she took them up on the idea—but she was zombie Snow White.

“I bought this costume and spent an hour in front of my house in the middle of the night getting it full of dirt and ripping it up and making it look like I crawled out of the ground. It was awesome. It was disgusting. It was the best costume.” 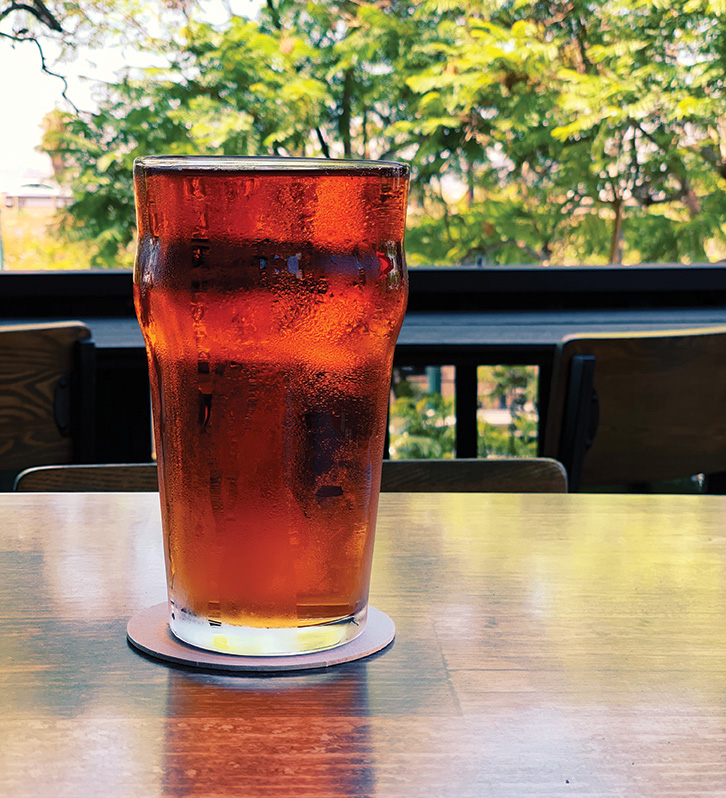 Where do you go for a drink?

Karen: I kind of like [notorious Hungarian “Blood Countess”] Elizabeth Báthory [1560–1614].
Melanie: Oh, that’s a good one.
Karen: Because…
Melanie: Because Karen likes to bathe in the blood of virgins.
Karen: I do not like to bathe in the blood of virgins! No, she’s this person who could either be one of the worst female serial killers in history or she could be a misunderstood person who was an advocate for women’s rights. Or both! She’s fascinating.

For her part, Melanie admires the grit and determination of Elizabeth I and Alexander the Great. “By the way,” she says, “there’s a great business book called Elizabeth I CEO, and it takes parts of all of her speeches and tells you how you can use that strategy and strength in networking and negotiating in business; it’s pretty cool.”

And for the record, they both agree on the Brothers Grimm. 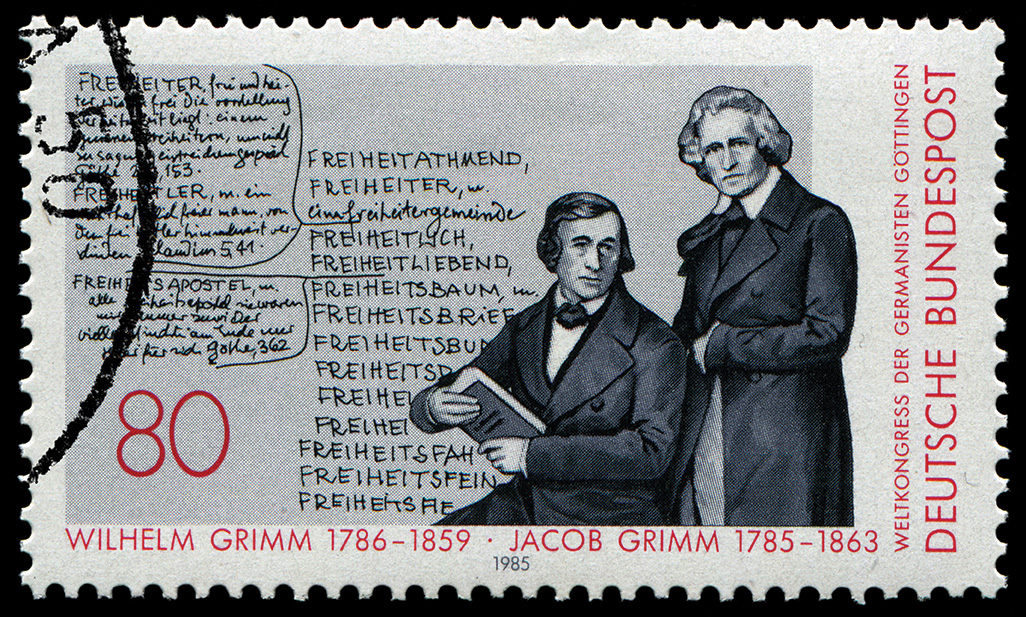