Sited to supply iron for Hotel Del Coronado construction, the Coronado Foundry was up and running in 1888 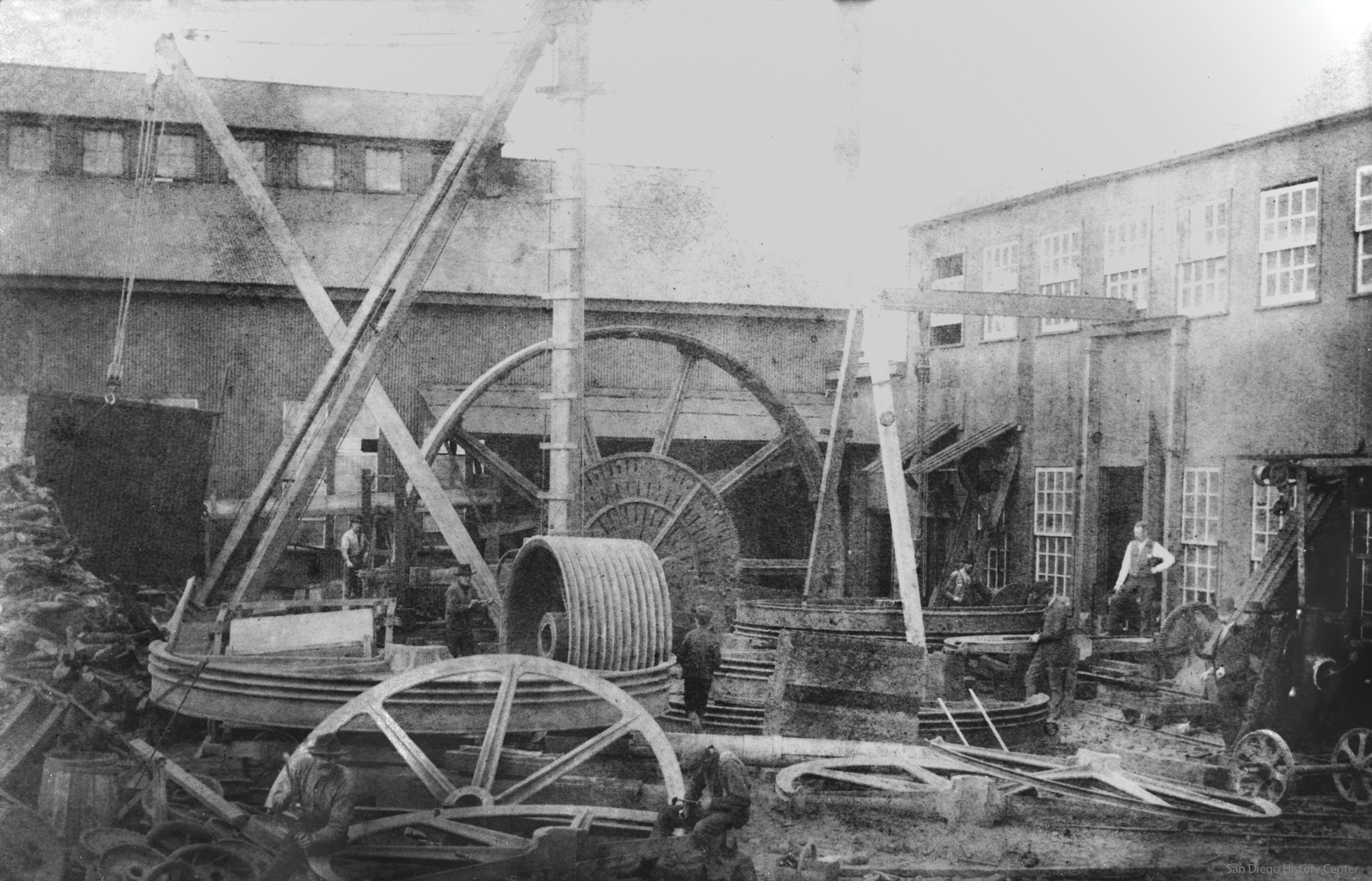 Modern and even historical Coronado is not commonly associated with heavy industry, but from 1888 to 1895, the short-lived Coronado Foundry and Machine Company was nationally famous for the quality and reliability of its large-scale custom cast-iron and steel machinery products. Partly sited to supply construction materials for Elisha S. Babcock’s Hotel del Coronado, Coronado’s bayside factory zone also included a lumber yard with planing mills, a box manufacturer with 50 employees, and machine shops employing 100 machinists and tool makers.

Seen here is a very rare early photo of the Coronado Foundry buildings and work yards, which filled an 80,000-square-foot property between Second and Third streets at B Street, near the wharves east of Orange Avenue. Construction began in late 1887, and the foundry was up and running by April 1888. The new works were the largest and most modern on the Pacific Coast, with more than 75 full-time workers, including pattern and mold makers, casters and finishers, blacksmiths, lathe turners and other machinists, and began production with a backlog of large orders from Los Angeles and as far north as Vancouver, British Columbia.

The jumble of immense wheel shapes seen in the photo are the full-scale wood master patterns for the cast-iron flywheels, cable tensioning drums and other parts for the steam engines powering the new cable-car railways then under construction in Los Angeles and San Diego. From the beginning, the foundry regularly imported hundreds of tons of raw pig iron from as far as Glengarry, Scotland, to fill its production contracts.

Incorporated in May 1888 with a capitalization of $100,000, the company was organized and managed by three second-generation Dutch foundry men from Chicago: Adrian, Peter S. and Marinus L. Vanderkloot, along with William H. Tonkin, an English foundry man who had worked with Peter in Los Angeles. The Vanderkloot brothers had grown up in the trade in the Chicago foundries built by their father, Marinus A. Vanderkloot (1824-1891), which employed more than 200 workers in all aspects of the trade. Despite an uneven local economy, the Coronado Foundry’s large-scale production capabilities repeatedly won large contracts in all major Pacific Coast cities, and, in 1893, a U.S. Navy order to prefabricate a large steel wharf shipped to Pago-Pago, in American Samoa. Despite these successes, the more severe economic recession of the early 1890s eventually closed the Vanderkloot foundry in Coronado, and the brothers returned to Chicago to manage their late father’s foundries and to develop other enterprises in the upper Midwest.