Quick! When you think of Rancho Bernardo, what’s the first thing that comes to mind? Whatever you just conjured, it probably wasn’t fine dining (and if it was something snarky, that’s on you). For a couple of generations of San Diegans, though, special-occasion dining was personified by stalwarts like The Marine Room, Mister A’s…and the Rancho Bernardo Inn’s El Bizcocho.

Before it was shuttered in 2012, El Biz was one of San Diego’s last formal dining experiences, where coat and tie were suggested for men (get with the program, hippie) and powerhouse chefs like Gavin Kaysen and Patrick Ponsaty garnered national attention. The next year the space was reintroduced as Avant, which ditched the dress code, yanked the white tablecloths, debuted a middle-of-the-road menu…and promptly dropped off the radar for foodies.

Well, the Biz is back, baby. Not in name—it’s still Avant—but in the creativity and talent of chef Chris Gentile, who boldly follows in the footsteps of Messrs. Kaysen and Ponsaty. Leading the kitchen since the beginning of the year, Chris has completely rewritten the menu, offering California wine-country fare that covers both land and sea equally, from raw-bar oysters to a perfectly prepared strip loin served with an Egyptian dukkah sauce of crushed nuts and spices. 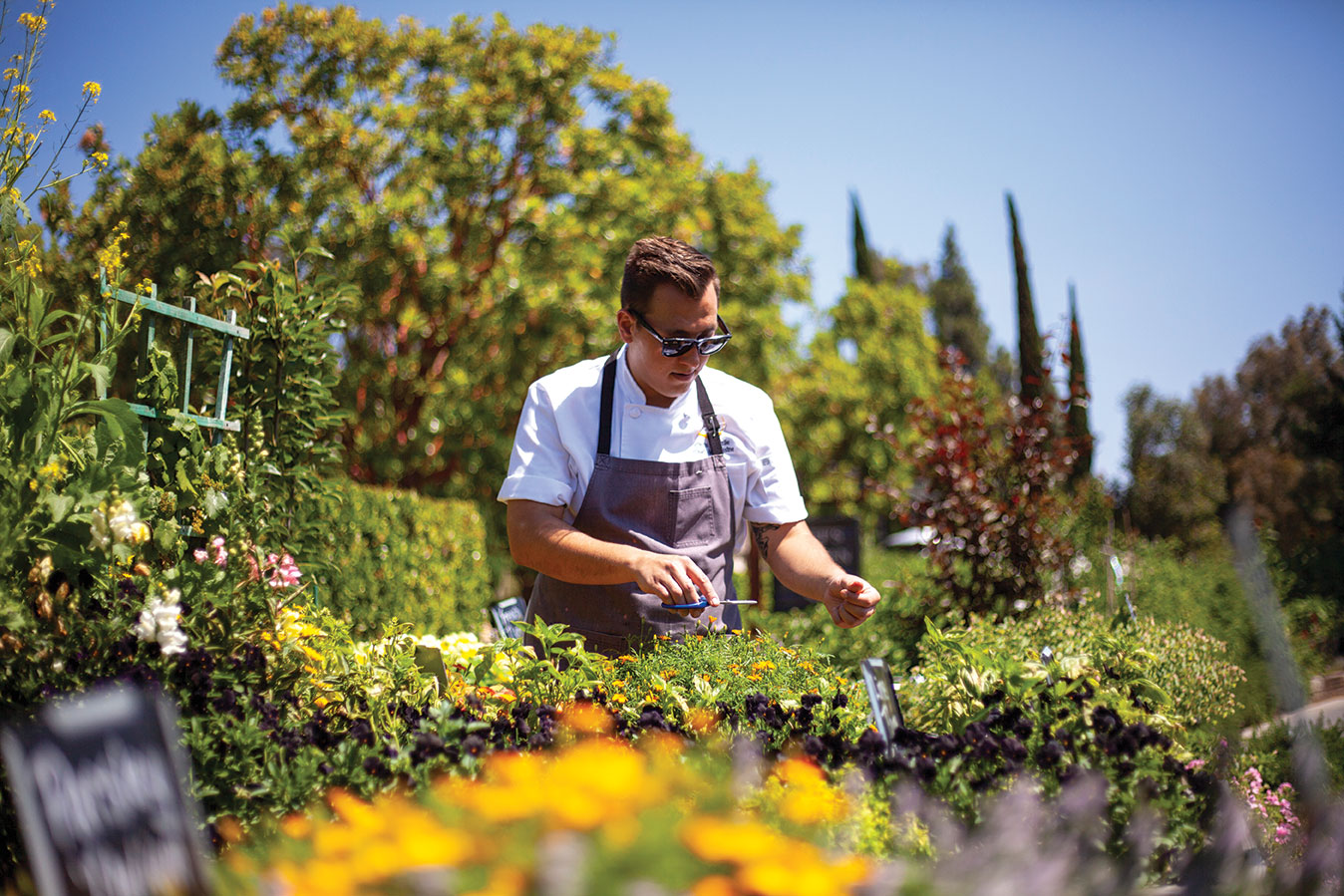 The restaurant maintains its commitment to top-quality products and doubles down on the locally sourced angle, operating its own garden that produces more than just token sprigs of mint for garnish. In fact, just about every dish features something grown on site, from artichokes to peaches. And Chris has plans to till an even bigger plot, moving up from garden to minifarm, à la The French Laundry, and to at some point be 100 percent self-sustaining on produce.

Avant retains its more casual vibe, and you can’t get more chill than relaxing on its fireplace-enhanced veranda overlooking the RBI golf course while enjoying a refreshing, spiced-cucumber margarita made with the restaurant’s bespoke tequila or some on-tap wine (sustainability, people: no bottles and corks and boxes, plus airtight quality control). There’s nothing casual about the chef’s approach, though—his dishes are beautifully conceived and plated. Highlights include the French onion soup with its slow-roasted onions and crème fraîche ice cream (yes, ice cream), and the pork belly, which arrives in a smoking, science-lab presentation. He plans on eight seasonal menu changes per year. 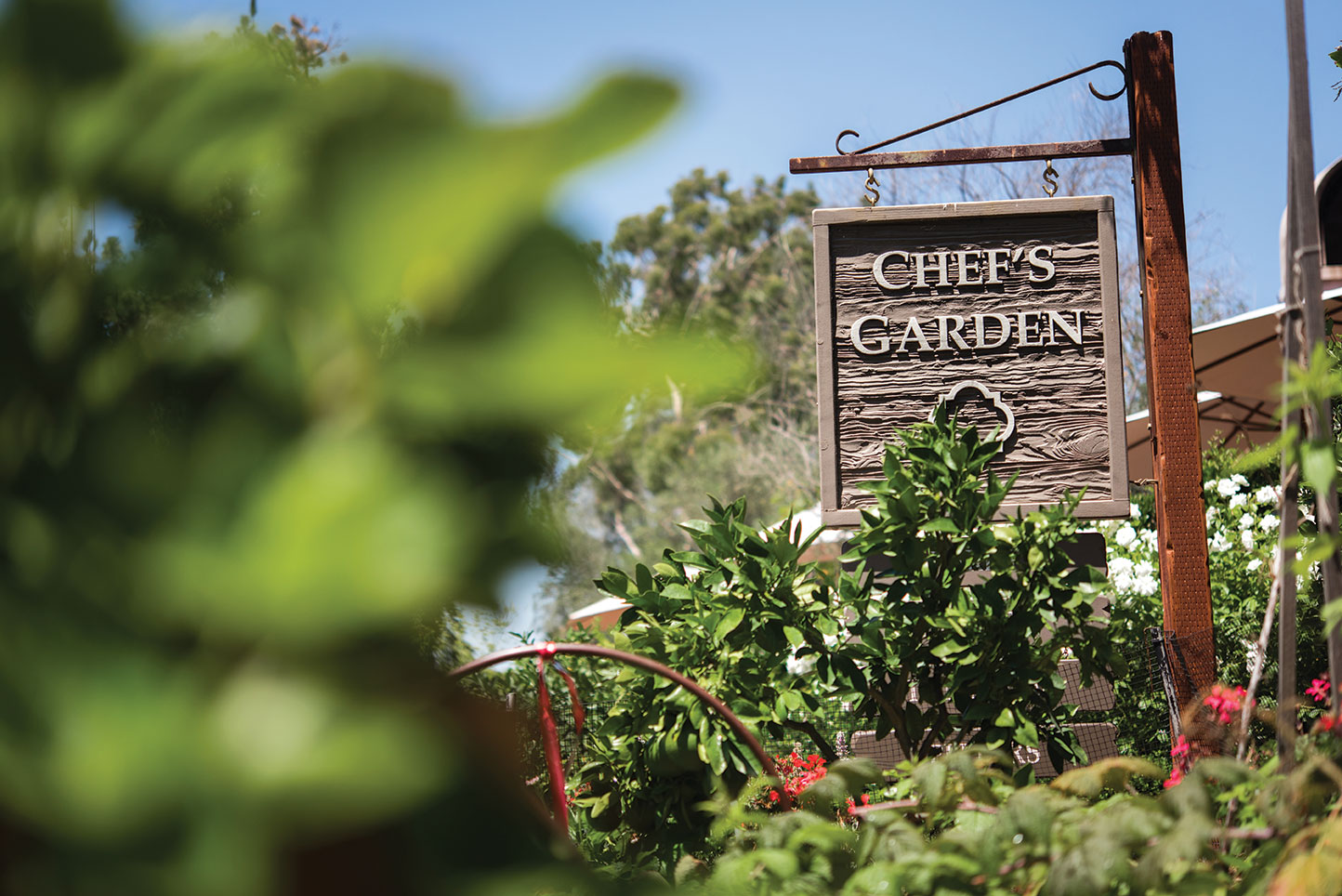 Not yet 30, Chris has already spent almost half his life in kitchens and has been tutored by heavy hitters like Thomas Keller, Grant Achatz, and San Diego’s own Jason Knibb and Brian Malarkey. He’s unabashedly aiming for a Michelin star and he clearly has the chops to make a run for one.

Perhaps most impressive—and an example of his produce-forward mentality—is what he pulled off for my dining partner, a vegan. When it comes to eating at fine-dining restaurants, she might as well wait out in the car and listen to some Morrissey. But on the fly, with MacGyver-like resourcefulness, the kitchen whipped up an off-menu, tour-de-force vegan tasting menu that matched my own courses stride for stride in flavor and presentation.

And that’s something you can hang a star on.

Yes, there was some harrumphing that Michelin’s secretive minions only saw fit to bestow one star on San Diego dining (its first), namely for Del Mar’s Addison. But it should be noted we also gained a handful of Michelin Bib Gourmand recipients, which is like being named Second-Team All-American, minus any recruiting scandal. Honored for serving high-quality, two-course meals for $40 or under were: Campfire, Cucina Sorella, Cucina Urbana, El Jardín [shuttered and renovating at time of press], Juniper and Ivy, Kettner Exchange, Lola 55, and Solare. And the best place to discuss whether these designations actually carry any weight with the dining public might just be at the fin de siècle fantasia known as Raised by Wolves in La Jolla, which was named one of Esquire’s best bars in America for 2019.

Rise and Shine! North Park, you’ve got a new brekky and brunch spot to help you revive from whatever mischief you’ve been up to the night before. North Park Breakfast Company, from the creators of Breakfast Republic, is serving up dishes like mashed-potato waffles, chicken confit and grits, and peach-and-almond French toast, along with fruit- and veggie-based cocktails (beet, carrot, celery, apple!). And don’t forget your sunglasses because you can enjoy it all alfresco on the neighborhood’s only rooftop dining space. 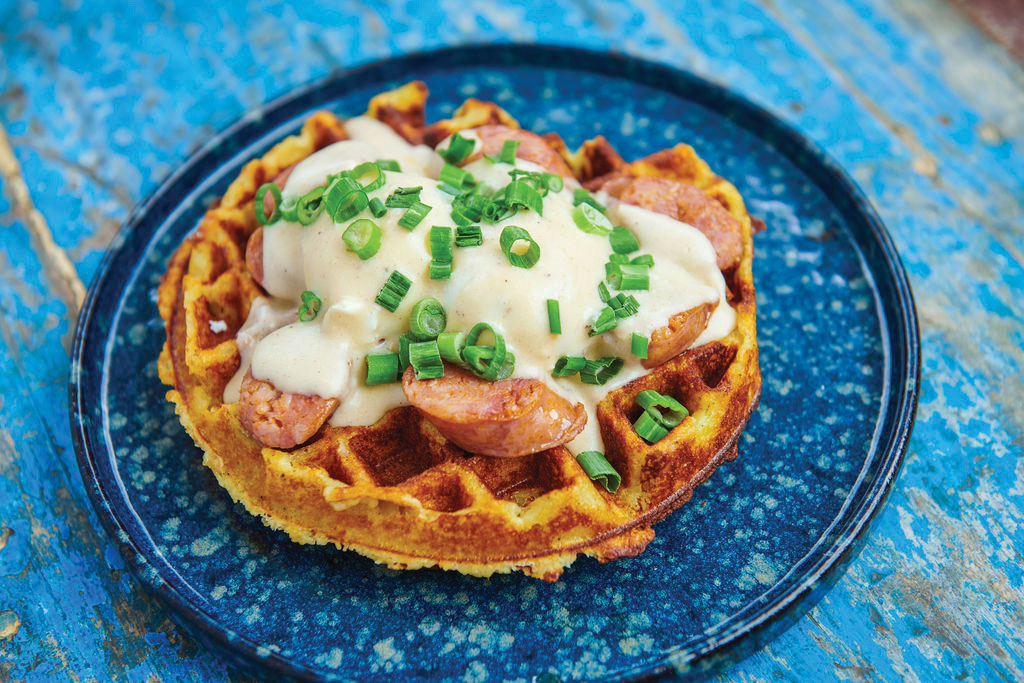