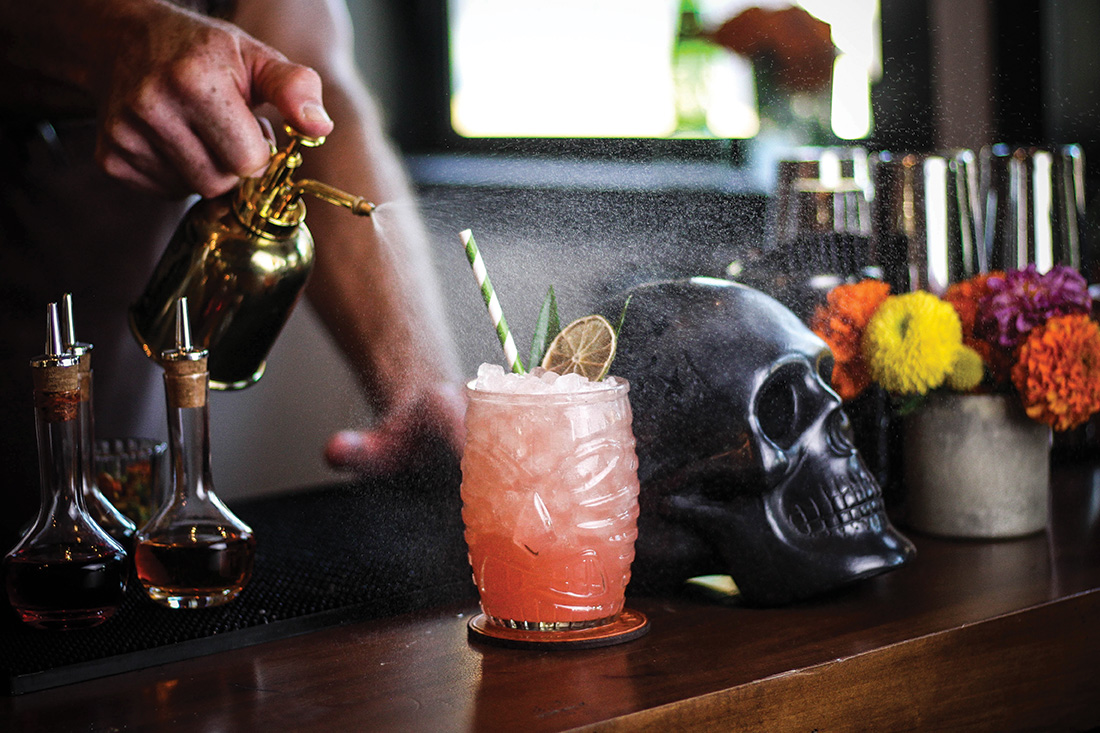 The Whaley House Punch at Tahona gets a spritz of absinthe before it’s served. Photo by Dalila Ercolani.

Between the ghosts at the Whaley House and the dearly departed souls at El Campo Santo Cemetery, it would seem Old Town already has its share of spirits. Well, noted neighborhood spooks like Tom Whaley and Yankee Jim need to make some room because Tahona means to up the spirit quotient considerably. Well at least of the alcohol variety, anyway.

Pressed hard against the cemetery in the building many San Diegans will remember as the longtime location of Cafe Pacifica, Tahona has nothing in common with the Cabo wobble gringoterias nearby. Opened in late 2018, it’s handsome and sophisticated, paying respect to Old Town’s heritage with heavy wood and wrought-iron hacienda accents (and perhaps the greatest fake candles ever).

The food is inspired by the dishes of Oaxaca and Baja—call it Oaxaja (or is it Bajaca?) cuisine—offering a relatively brief menu of items like Caesar salad, tacos (fish, goat cheese-stuffed squash blossoms, pork belly in mole, etc.), and Cornish hen with cilantro pesto. Also of note is the octopus, which has seemingly become the cephalopod of the moment (take that, cuttlefish), with any number of restaurants now adding it to their menu. With a version this successful—served with charred broccoli, pork belly, and pumpkin-seed sauce—it’s hard to argue with its inclusion here. But hey, Tahona, can you spare a few more tortillas for a diner just trying to soak up all that goodness? Weekend brunch features chilaquiles, sope eggs Benedict (thick corn tortilla substituted for an English muffin) and guacamole toast.

This place is really about the mezcal, though. In fact, the restaurant’s name refers to the milling process of grinding the cooked trunks of agave plants using a massive stone wheel (with some producers still using mule teams for the job) to extract the honey water that will become mezcal. Tahona offers more than 120 mezcal varieties, as well as flights, tasting-room sessions and special events. And if your notion of mezcal has anything to do with a pickled worm at the bottom of a bottle of firewater, you’re in for an enlightening education. 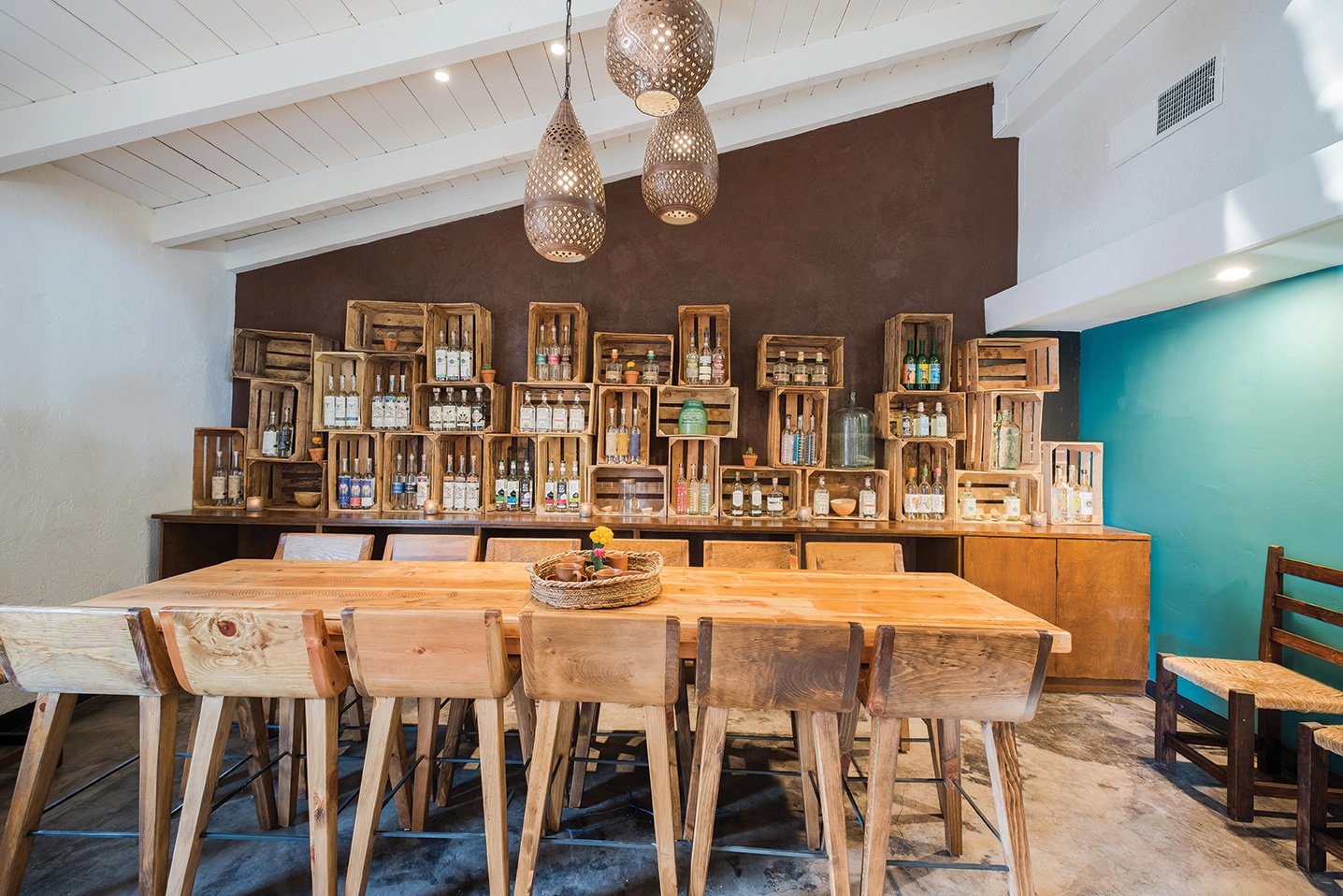 There are numerous types of agave and it takes a minimum of 10 years for the plant to develop enough to be harvested (many grow for decades longer before they’re farmed), resulting in a spirit as complex as wine and as full of character as whiskey, with notes of everything from mint to leather—sometimes in the same sniff. And like tequila, its more famous and popular cousin, mezcal offers mixologists a great base for cocktails, and Tahona has an impressive lineup of them, such as the creamy and smoky High & Dry and the Bien Picado with roasted watermelon juice. And yes, if you insist on a slushy margarita, Tahona can accommodate you. (Tahona is also set to open an on-site speakeasy, Oculto 477 this month.)

To say the food program here doesn’t reach the heights of the drinking program is not so much a ding on the food as just an acknowledgement of what a creative and distinctive spirit and cocktail experience Tahona has established. Parents love their children equally, but c’mon, we all know which one is more talented. 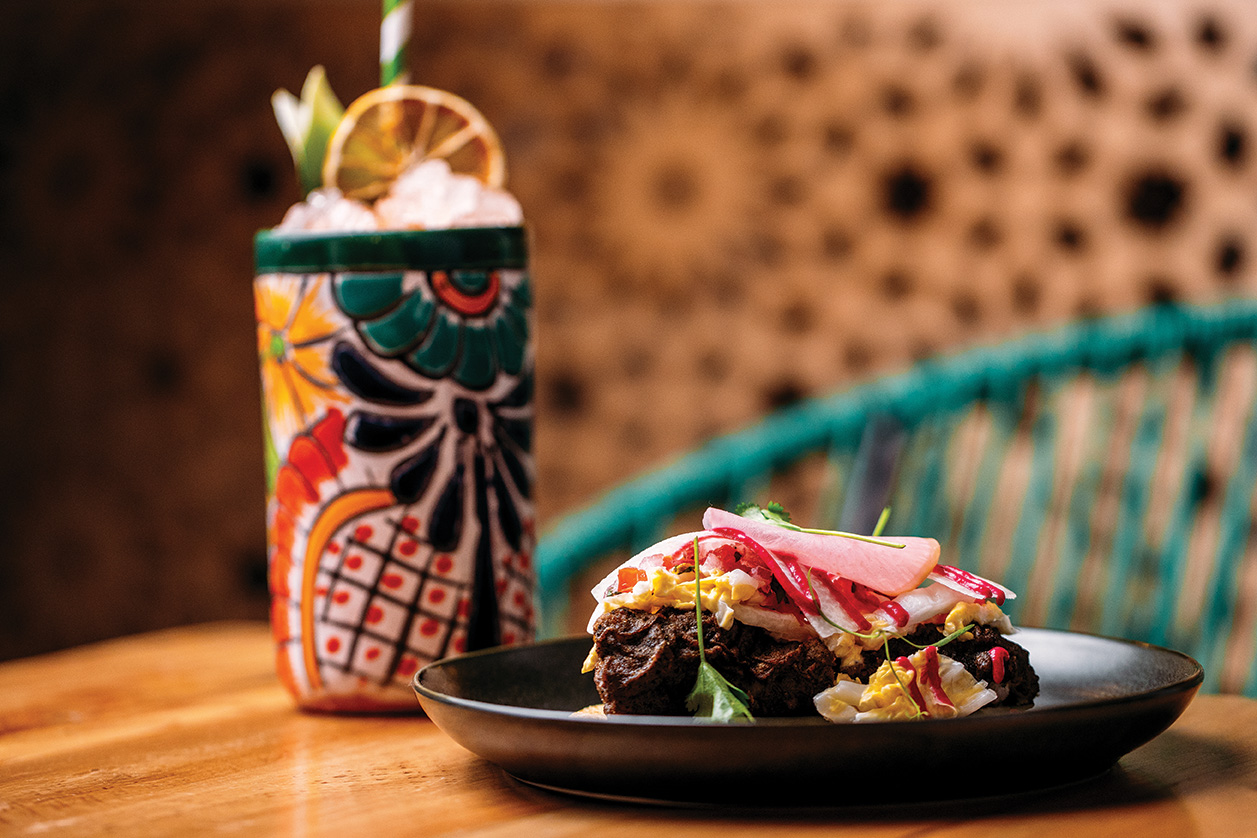 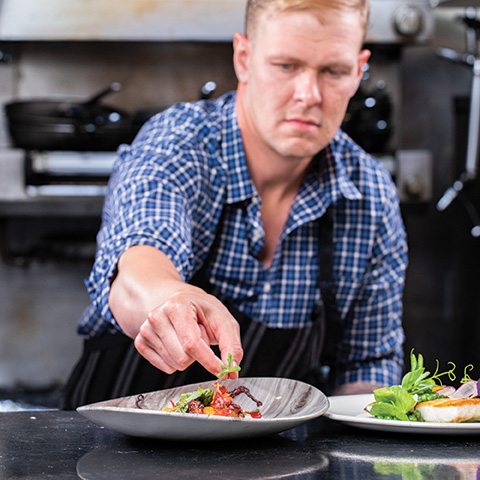 What do Fireside, with its dog-friendly patio in Liberty Station; Saska’s, the classic steakhouse in Mission Beach; PB’s Patio on Lamont; and Mission Beach’s Asian street-food eatery Bao Beach all have in common? They all have the same new boss: executive chef Jarrod Moiles. Formerly top toque at Rancho Valencia Resort & Spa, the romantic hideaway in Rancho Santa Fe that collects fancy hospitality awards the way Zsa Zsa Gabor collected husbands, chef Jarrod is taking on menu enhancements and overseeing kitchen operations for The Patio Group. TPG’s other properties include The Patio on Goldfinch, Himmelberg’s and Surf Rider Pizza.

Trying to catch a waitperson’s attention means tracking their movement through the restaurant; attempting to make eye contact, giving the appearance to your dining partner that everything you’re saying is a big, fat lie; or giving a half-hearted taxi-hailing wave, that if gone unseen somehow eats at your self-esteem. But no more…at least not at Del’s Hideout, the new barbecue joint in Del Cerro. This fast-casual eatery from the Cohn Restaurant Group features Texas–style, oak-smoked meats and three dozen beer handles, as well as call-button technology that will (in theory) bring you another round, your bill or a server.