Our gossiping gourmet is surprised at Cesarina, plus: Michelin scoop, Toast Gastrobrunch, Louisiana Purchase and an Urban Solace farewell 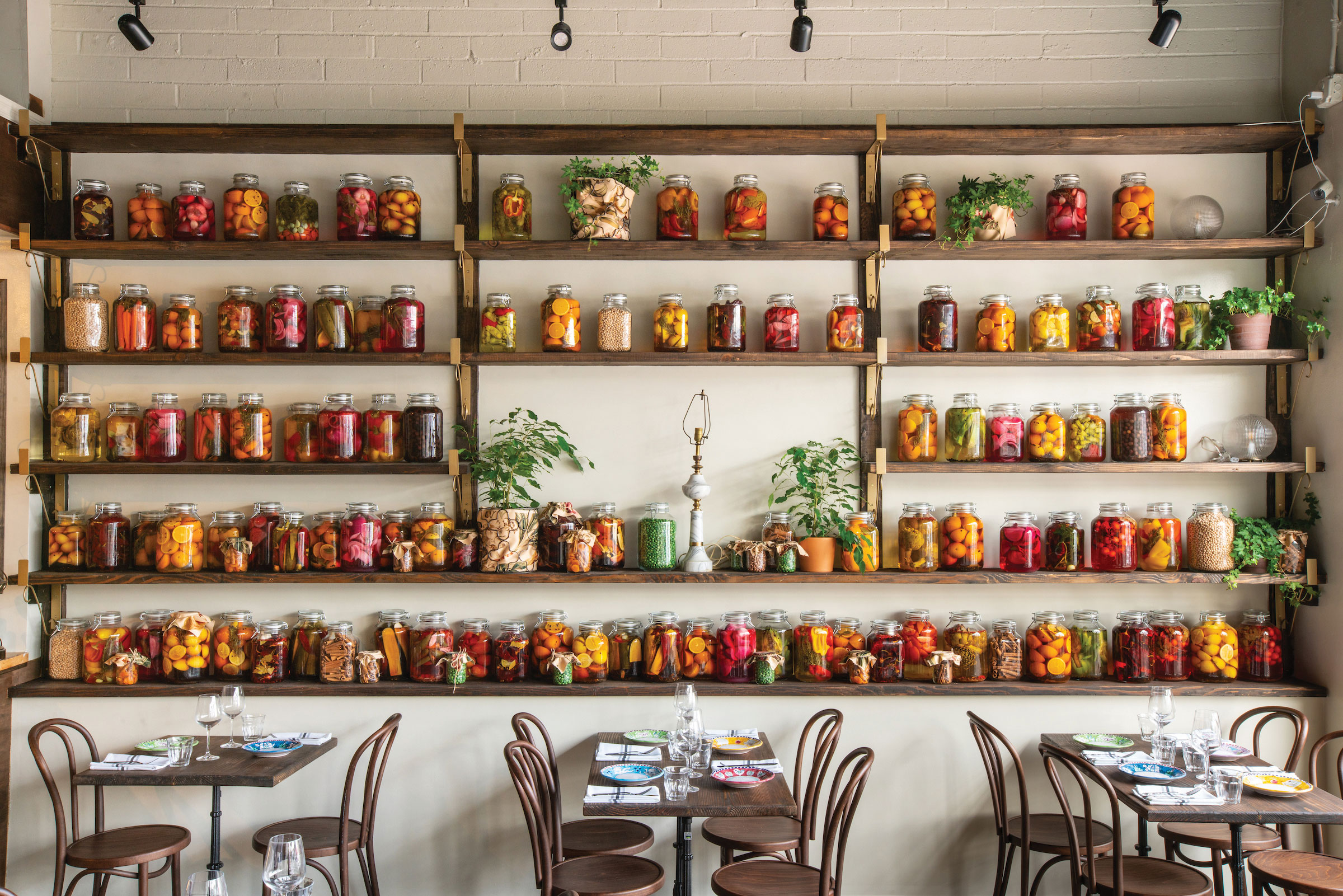 Family filled each of the jars that serve as a focal point in Cesarina’s dining room. Photo by @SwellsCreative.

A stretch of upper Voltaire Street is being redeveloped into something so slick hipsters may soon be calling it UpVo. And settling comfortably into the neighborhood is the stylish and convivial trattoria Cesarina, which opened in February. The operation began life as a farmers market pasta vendor, and the housemade, eggless pasta is the star of the show here, too, along with dishes like whole, grilled branzino served with a mint-and-pea puree, and the crispy octopus (which arrives in a presentation that might be reminiscent of what Captain Nemo saw). Cesarina (pronounced chess-uh-reena) offers two pleasant surprises: breakfast service and a selection of vegan options (including desserts) that are more than just an afterthought. Coupled with Peace Pies, the raw/vegan eatery a few doors away, the area is just one plant-based restaurant away from becoming a full-blown veg-dining destination: the Upper Voltaire Vegan Gastrohood. UpVoVeGasHo, anyone? 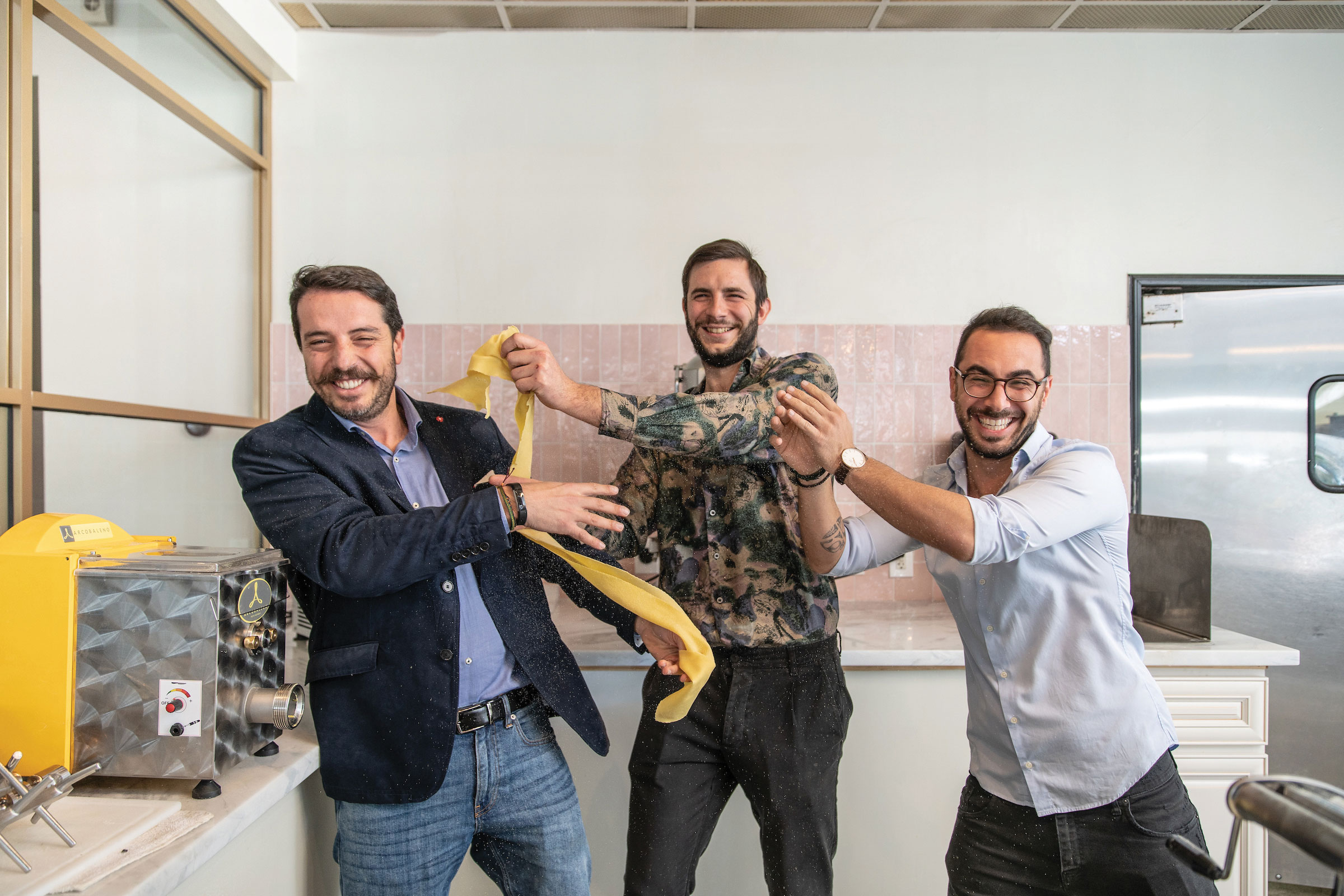 It’s been 10 years since the Michelin Guide—perhaps the most important arbiter of stars since Sylvester McMonkey McBean was doling them out to the Sneetches—shuttered its L.A. publication. The then-director of the France-based foodie bible dismissed Southland eaters as “not too interested in eating well.” The “Gaul” of some people. Now, with a big underwriting assist (to the tune of $600,000) from the California tourism board, Michelin is back, publishing its first-ever statewide edition (there are 30-plus city-specific guides in more than two dozen countries). The California Michelin Guide, debuting this month, will cover the Bay Area (which has had Michelin reviews since 2007), Sacramento, Monterey, Santa Barbara, Los Angeles, Orange County and San Diego. (Sorry, Fresno.) OK, prognosticators…what San Diego resto will be the first with stars upon thars?

From the folks behind Sammy’s Woodfired Pizza & Grill comes another reason to get out of bed in the morning (it’s good to have as many of those as possible): Toast Gastrobrunch in Carlsbad. This breakfast-and-lunch-only spot opened in February and has been drawing crowds with its classic dishes tweaked just enough to not scare off purists while still appealing to those looking for the next brunch iconoclast. Highlights include the Instagram-worthy “eggs in purgatory,” with a fried egg nestled in a Bread & Cie sourdough basket, set atop a shakshouka stew of peppers, tomatoes and spices, along with pork belly, mushrooms and feta; the mountainous stuffed French toast; and the kanafeh, a take on the traditional Arabic sweet treat with toasted brioche, shredded phyllo dough, a ricotta and jack cheese filling, and drenched in  orange-blossom syrup. There’s a full bar, too, which means a plethora of boozy breakfast libations, from spiked coffees and Bloody Marys to Bellinis and pisco sours (hey, they have egg whites in them—that makes it a breakfast drink). 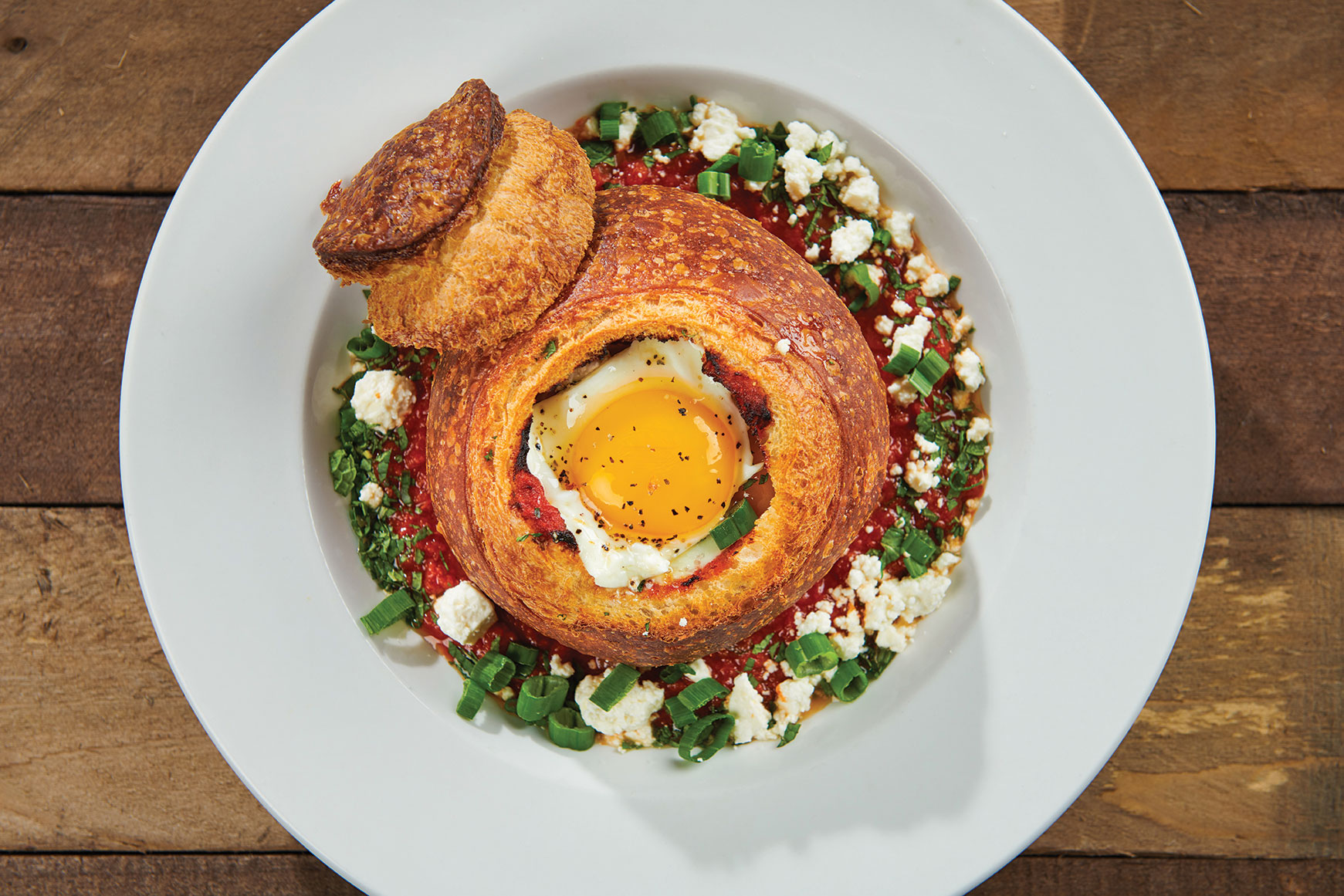 Fans of Creole cooking and grade-school history may want to check out the just-opened Louisiana Purchase in North Park. Situated in a chic indoor-outdoor space on the ground floor of architect Jeff Svitak’s modular, mixed-use project on University Avenue (at Louisiana Street, natch), the restaurant offers modern takes on New Orleans classics. You’ll find po’ boys, crawfish etouffee, and gumbo, as well as a savory alligator and andouille cheesecake, and 90-day dry-aged beef with a selection of steak butters (garlic, foie gras, truffle). And this being an ode to NoLa, you can toast with classics from the bar like Sazeracs and fluffy Ramos gin fizzes. But the real authenticity is brought by executive chef Quinnton Austin, whose previous stint was at one of the country’s most famous eateries, Antoine’s Restaurant, which opened in the Big Easy back in 1840 and is the lodestar of Louisiana French-Creole cuisine. Laissez le bon temps rouler. 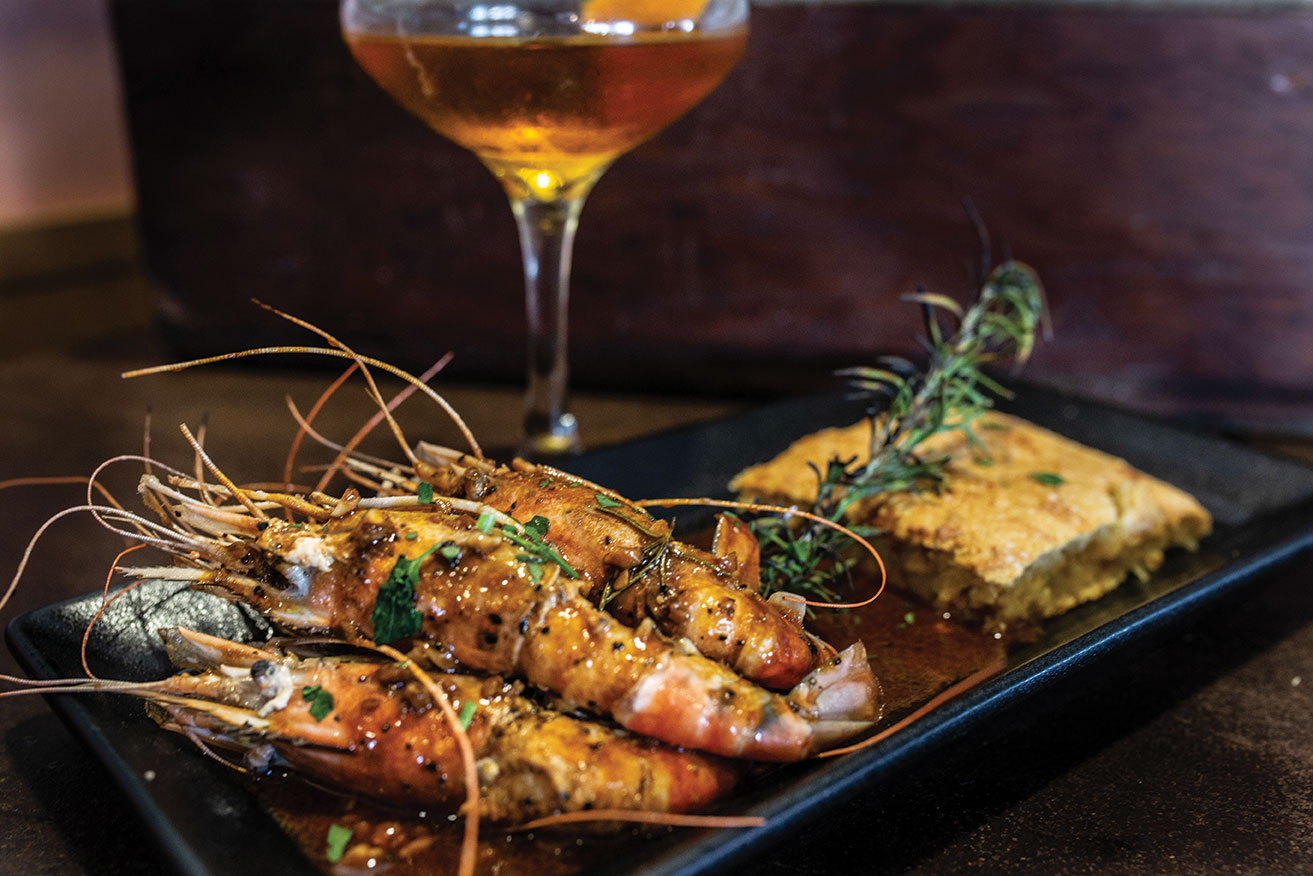 Farewell and Next Steps for Urban Solace

Since we’re noting the arrival of a North Park restaurant serving modern American fare it seems only fitting to mourn the passing of another that did the same: Urban Solace. Chef-owner Matt Gordon shuttered the space, along with its sister restaurant in Encinitas, Solace & The Moonlight Lounge, in March. In a tweet, he told friends and fans, “It has been an uphill battle for quite some time now, and it’s just time to move on.” Matt hasn’t wasted any time in moving on, either—he’s now VP of operations for Blue Bridge Hospitality, the Coronado-based restaurant group behind such spots as Stake Chophouse & Bar and the Liberty Public Market food hall. I suppose we should take some solace in that.