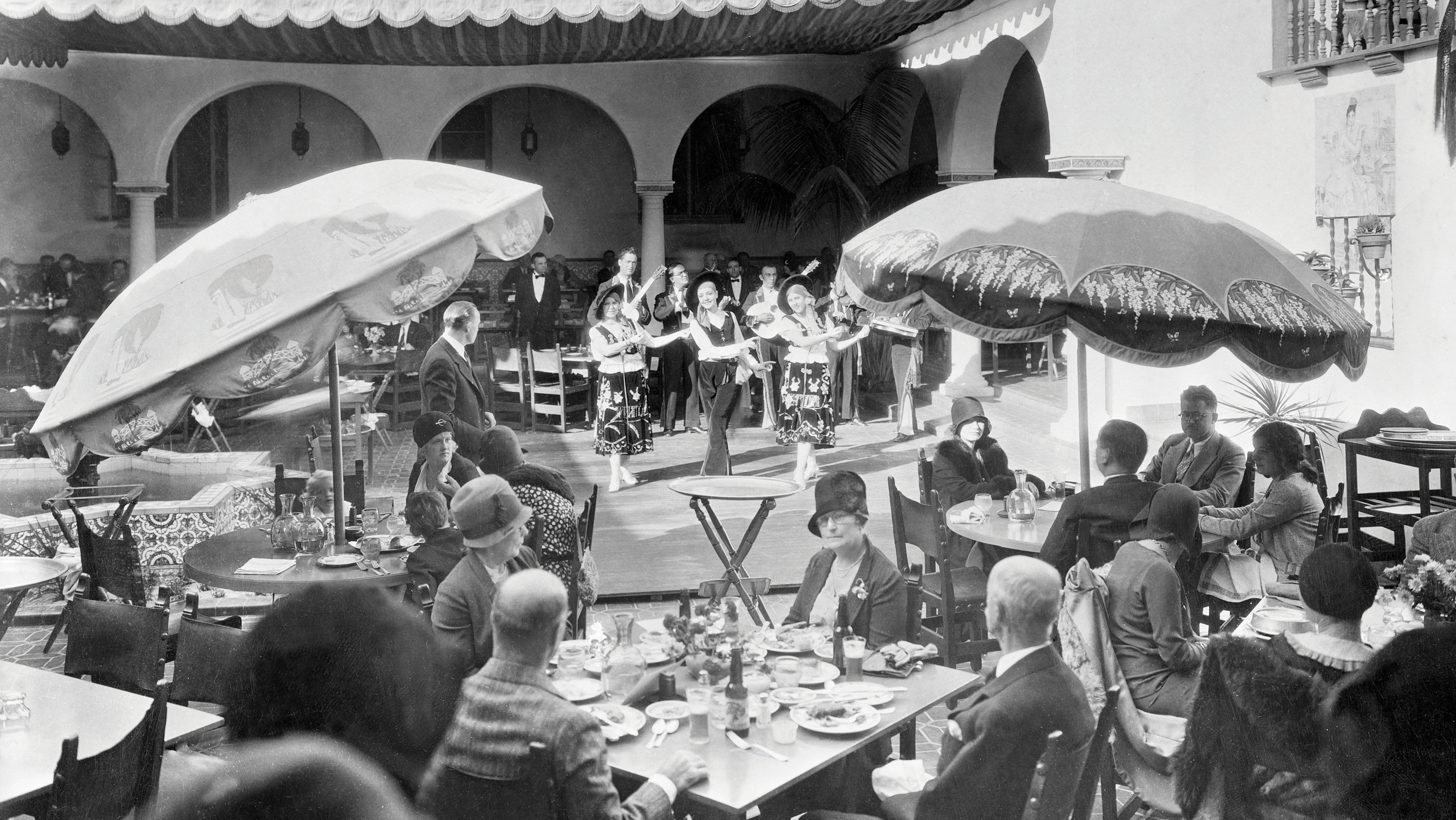 Built by three American sports promoters at a cost of over $1.5 million, Tijuana’s legendary Agua Caliente Hotel and Casino opened to the public on June 23, 1928. The enterprise was a spectacular success, thanks in part to its brilliantly staged development. A year’s advance press notices for the hotel were stoked by Caliente’s Phase 1 construction of a greyhound racetrack. The track opened on July 1, 1927, with record-breaking purse payouts that drew the racing sports world to Tijuana.

Named for its medicinal hot springs, the Agua Caliente resort complex included a therapeutic pool and spa, but its chief attractions for wealthy Americans were its luxurious gambling casino, greyhound races and elegant full-service cocktail bars. None of these entertainments were legal in California, and the resort’s location, less than three miles from the international border, was made even more accessible by transborder train service from San Diego to Caliente, and by twice-daily 12-passenger Ford Trimotor airplane flights from
Los Angeles and San Diego to its own airfield.

Surprisingly, the famously beautiful hotel was designed by fledgling architect Wayne D. McAllister (1907-2000) and his wife Corinne Fuller McAllister (1905-2001), better known for their midcentury-modern projects. Reported monthly casino and track receipts of $500,000 paid for rapid expansions of the hotel, a grass golf course, and, in 1929, a new $2.5 million racetrack and grandstand.

Even after the 1929 stock market crash, Caliente seemed destined for long-term success. Its pinnacle of glamor came with the Warner Bros. musical In Caliente, released May 25, 1935, and starring Dolores Del Rio and Pat O’Brien. But on July 20, incoming Mexican president Lázaro Cárdenas permanently revoked all gambling casino licenses, and the resort, then valued at $8 million, was abruptly forced to close at the height of its fame. The Caliente track was allowed to reopen, but the hotel was converted to a military school. ϖ