Shop Your Home for a New Look 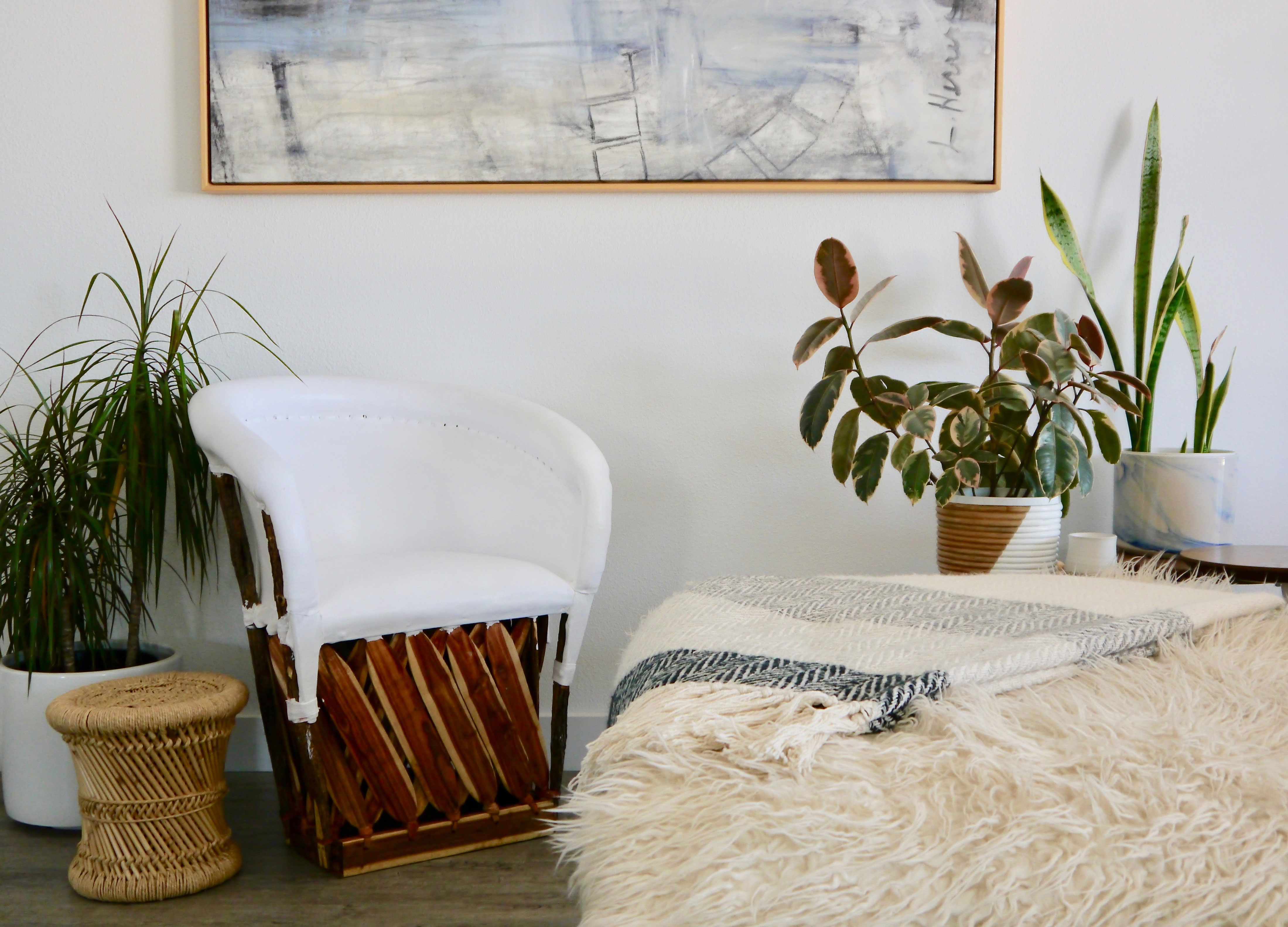 All photography by Abbie Naber.

Interior Designer Abbie Naber shows us how to shop what we already have in our homes for a new look.

Maybe it’s because she’s a designer. Maybe it’s because she has a self-described short attention span. Or maybe it’s because part of her job is to scroll through endless social media feeds to spot trends, new makers and more. Whatever the reason, Abbie Naber of a. Naber Design, finds it hard to just be content with keeping her interior spaces the same. She’s definitely not the type to decorate and be done. No, she’s always rearranging furnishings, moving rugs, trying out artwork and repurposing pieces to create new vignettes throughout her home. “The smallest change can really enliven a space and bring you new perspective,” she says. Here she shares a few of her favorite budget-friendly ways to update. 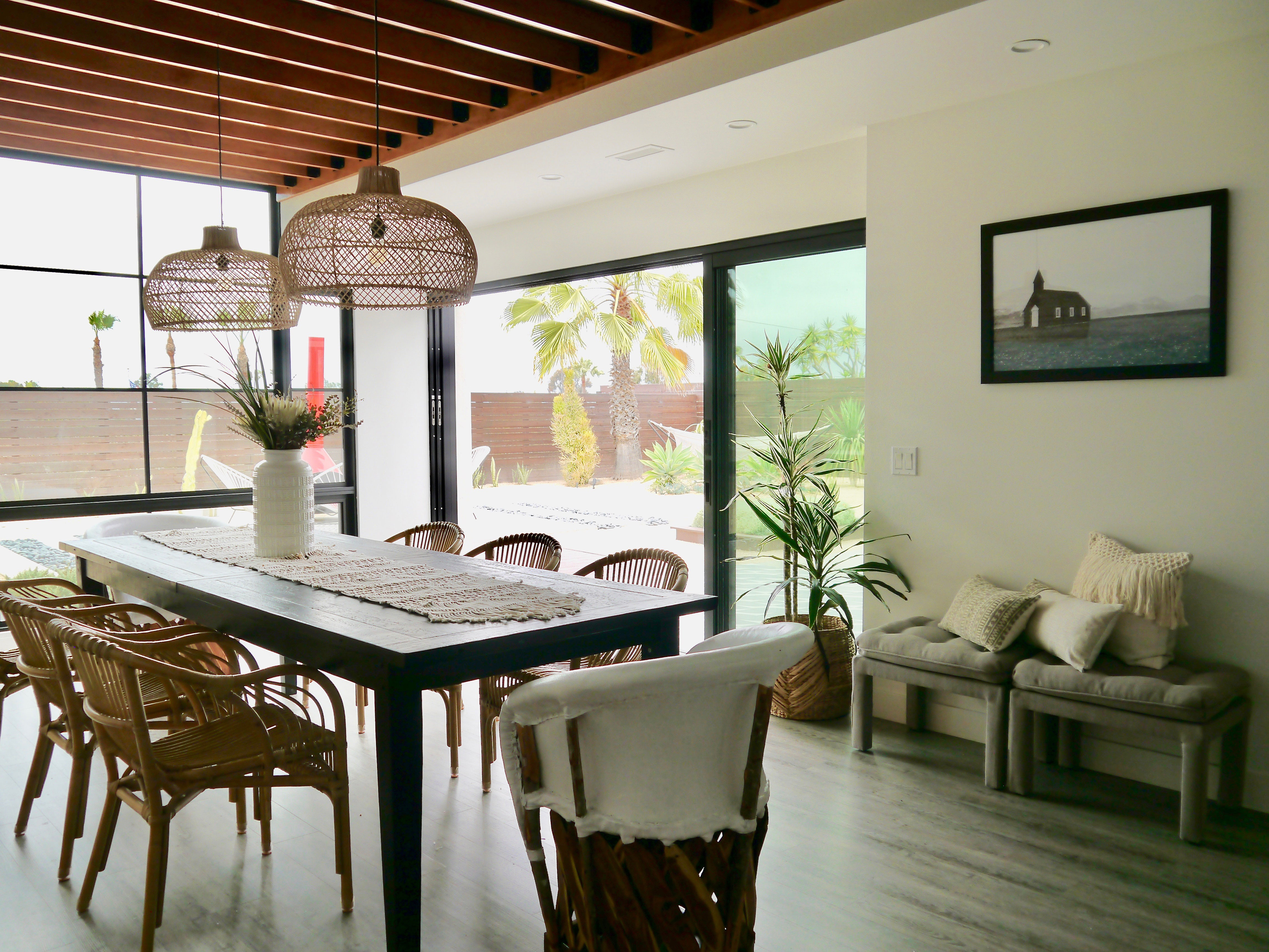 “Some of the most impactful changes I’ve made have been in the master bedroom,” Abbie explains. It’s a neutral room with white walls and creamy bedding, so one element instantly alters it. She’s been known to lay a thrifted textile, a small flatweave rug or even a table runner at the foot of her bed. 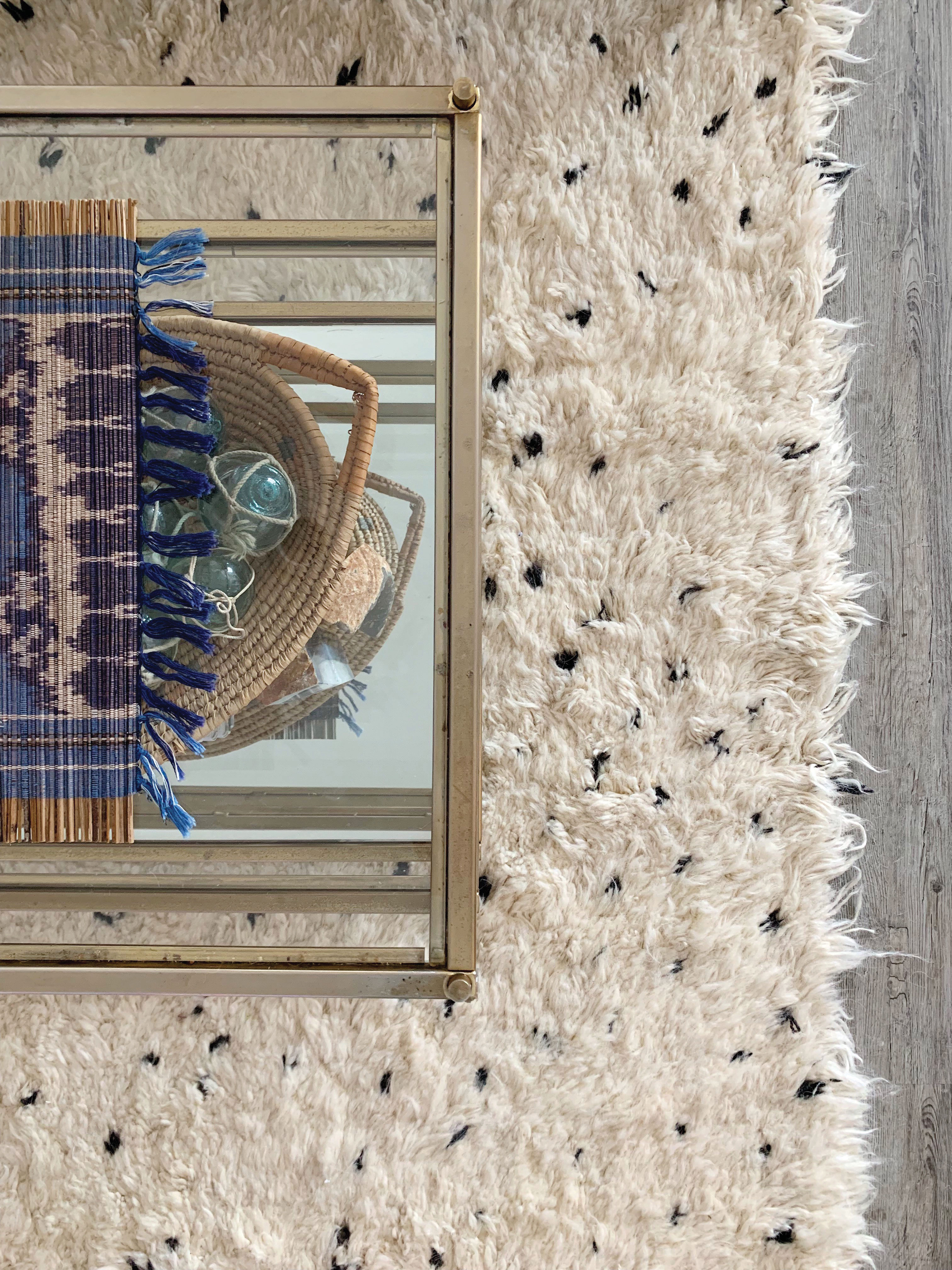 Abbie loved the black-flecked floor covering (right) she had in her living room and kept it there for a while. “Then I played musical rug with it,” she jokes. Next, it lived in her daughter’s room for a bit before she put it under her dining table, where it resides for now. “If you initially shop for versatile pieces—neutral tones and multifunctional furnishings—you’ll find they can work almost anywhere you put them.”

Besides dressing her bed with a rug, Abbie made a long, narrow textured carpet the runner on her dining table. She’s also a fan of layering rugs to add more texture and depth underfoot.

“I never worked in my home office; it just collected items,” Abbie admits, “so I moved my operation into the guest room.” Though the room is bigger with higher ceilings, Abbie, being the resourceful designer she is, found furnishings and items she already owned to fill the additional square footage. She scooted her desk and chair from the other side of the house and situated them beneath the gallery wall that once hung above the bed. To hold current projects’ fabric and tile samples, she added a bench that came from somewhere in the house, but had been moved so often she can’t even remember where it was last. “Sometimes you have to live with a space for a time before you know if it’s the right fit for the room,” Abbie says. “My new office was my husband’s office, then the guest room and now it’s mine, and I get so much done in my new space.”

Not everyone has the energy or desire to move a whole room. Even the simple act of rearranging little things makes a difference. Place vases, pottery and other small knickknacks you’ve collected in a new spot. Group different pillows together on the bed or bench. “I make small changes all the time—daily sometimes,” Abbie says. “It is seriously the easiest and fastest way to freshen things up.” 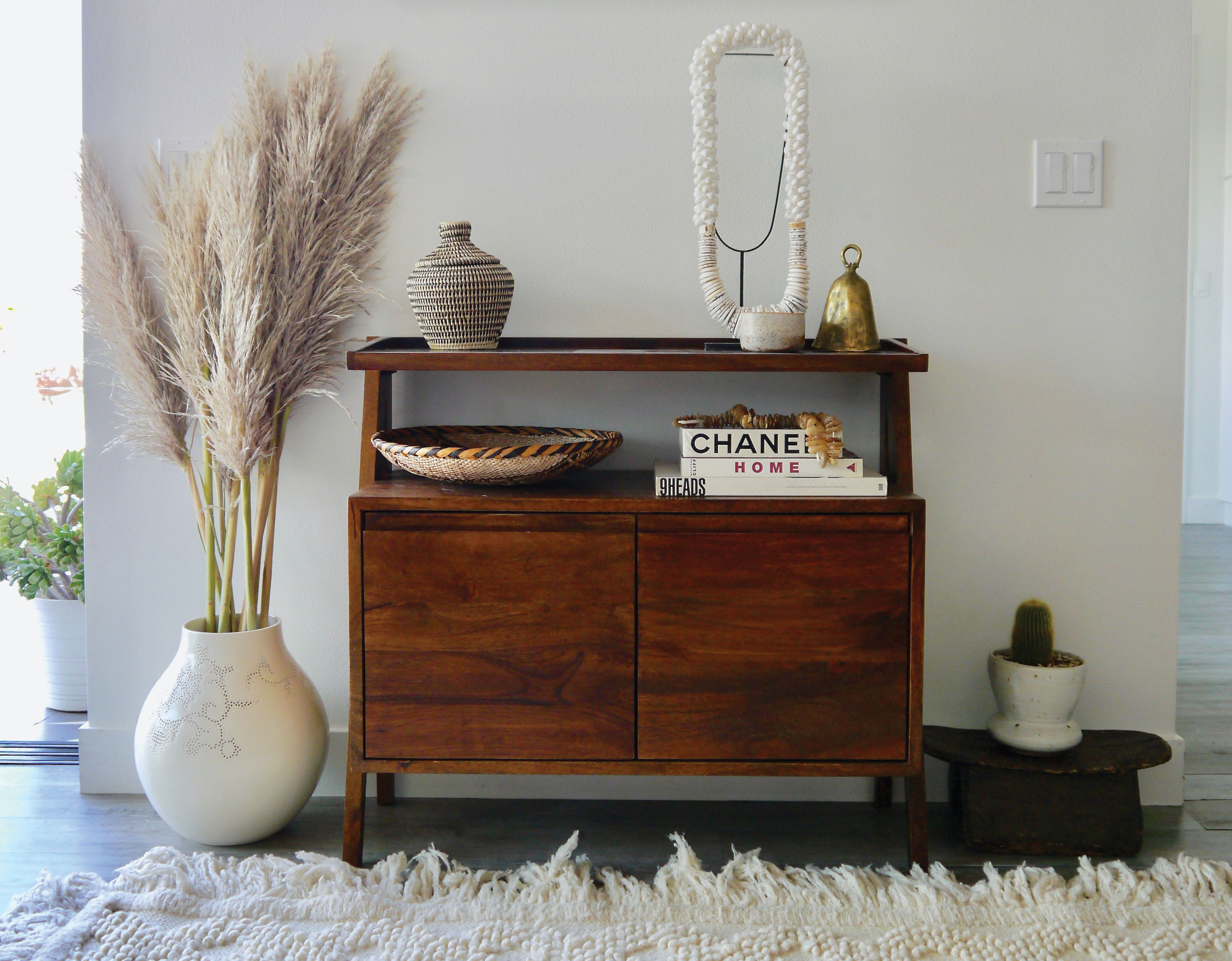 A console table that Abbie’s had in several different rooms houses different vignettes wherever it goes. She’s outfitted the top with a sketch of a hand, a Palm Springs map print, a thrifted painting, a photo she took while traveling and a collection of bottle-brush trees during the holidays, among other objects. The point: This surface is an ever-changing display, so Abbie opts to lean art or photos so they can be changed easily without having to patch holes and paint. “Command strips are also great for lightweight objects and items you might want to hang without commitment,” she suggests. 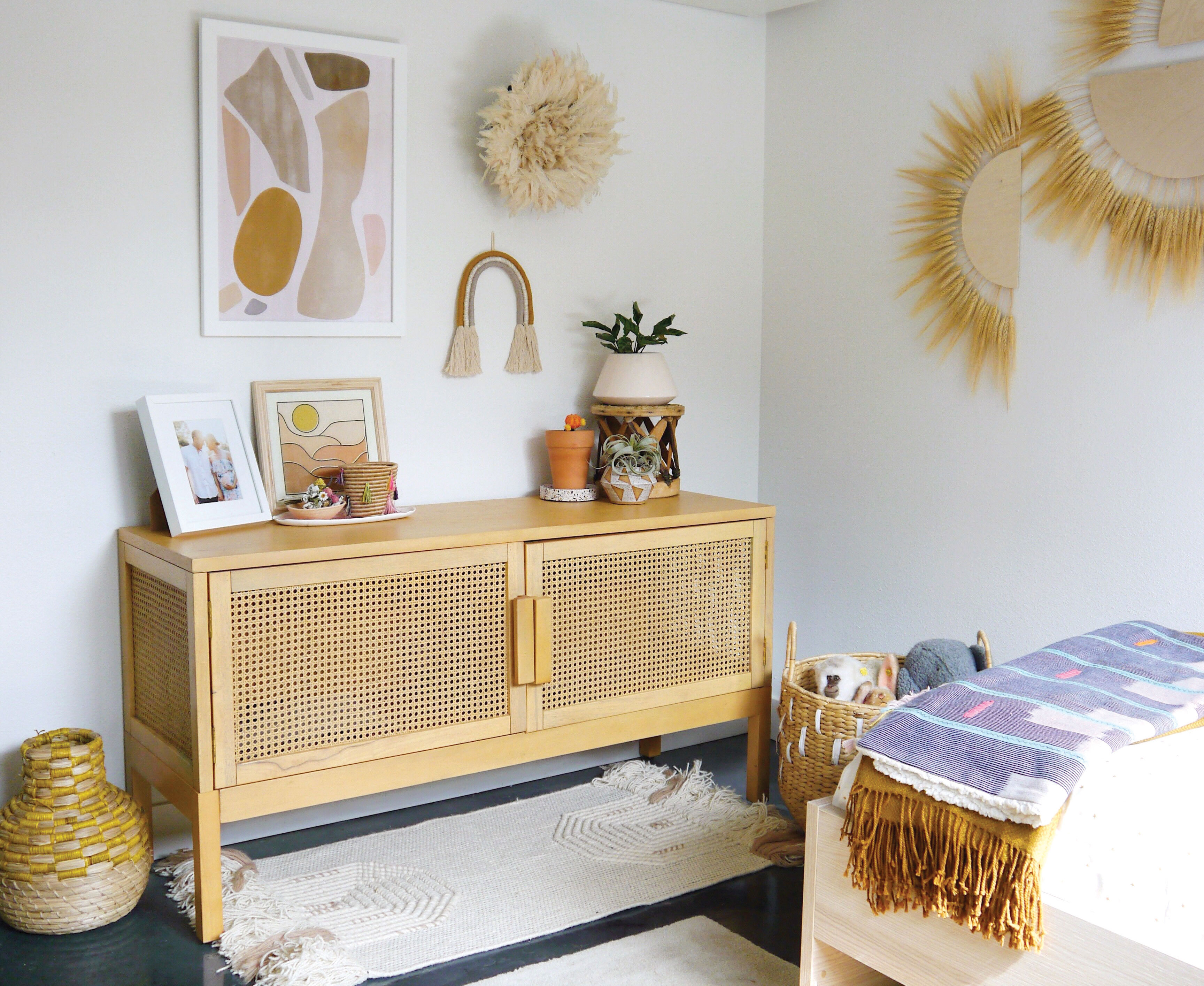 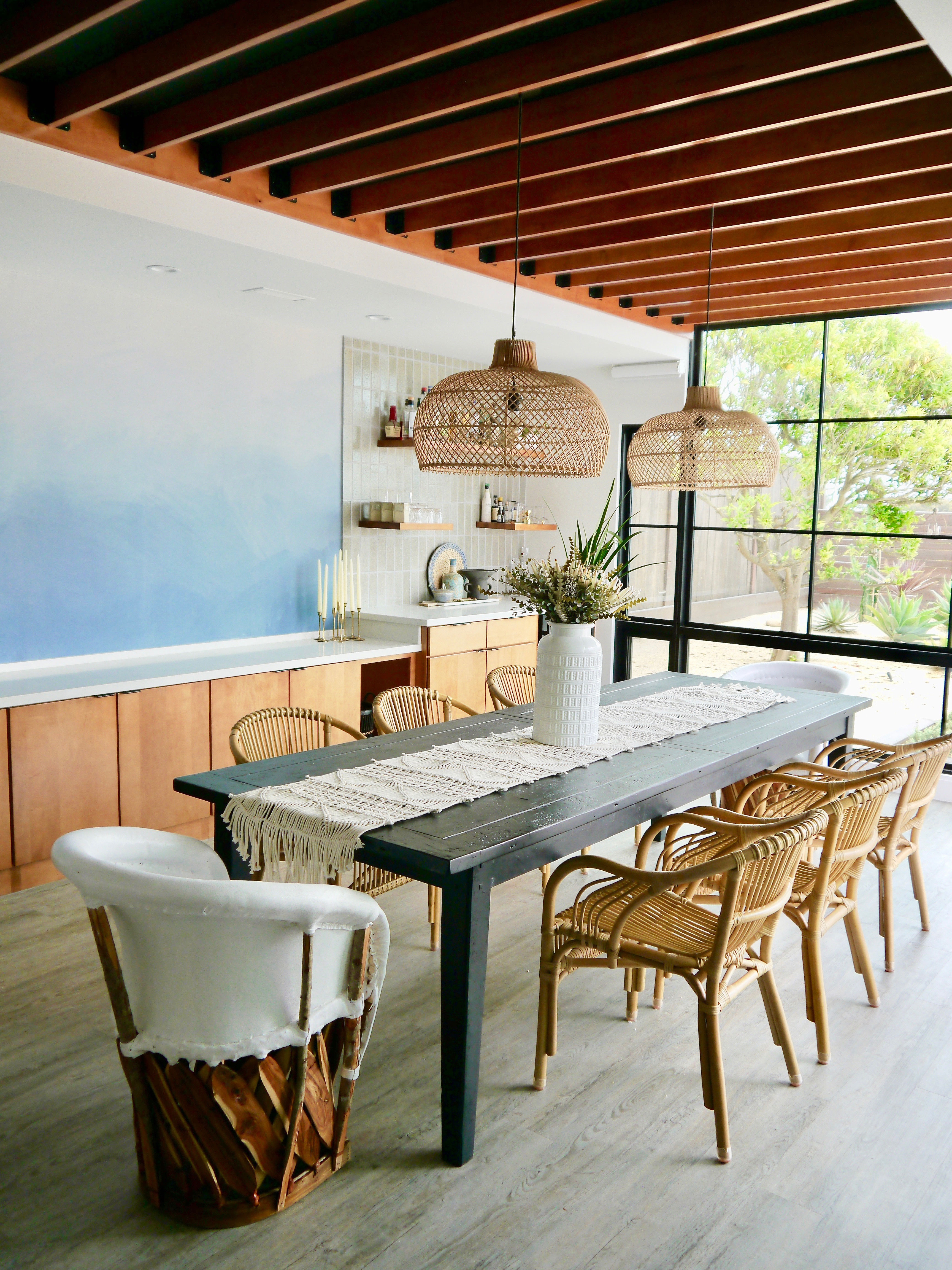 Outside can come in.

“Because of where we live, we buy outdoor furnishings that can withstand lots of sun or salty air,” she says. “While I wouldn’t leave my indoor furnishings outside, I definitely bring my Mexican Equipale chairs in from the patio when I want to change the chairs at the heads of the dining table.” In fact, swapping just two chairs with a pair you might have elsewhere is a quick way to give the dining room a facelift.

Experiment with a room’s layout. Abbie shifted the sofa in the living room to float in front of a long wall and loved how much more open the space felt. If you’re locked in to sofa placement (because of the TV’s location), move smaller furnishings such as a side table, plants or accent chairs. “Seeing existing furnishings at a different angle can be so refreshing and needed sometimes,” she says. 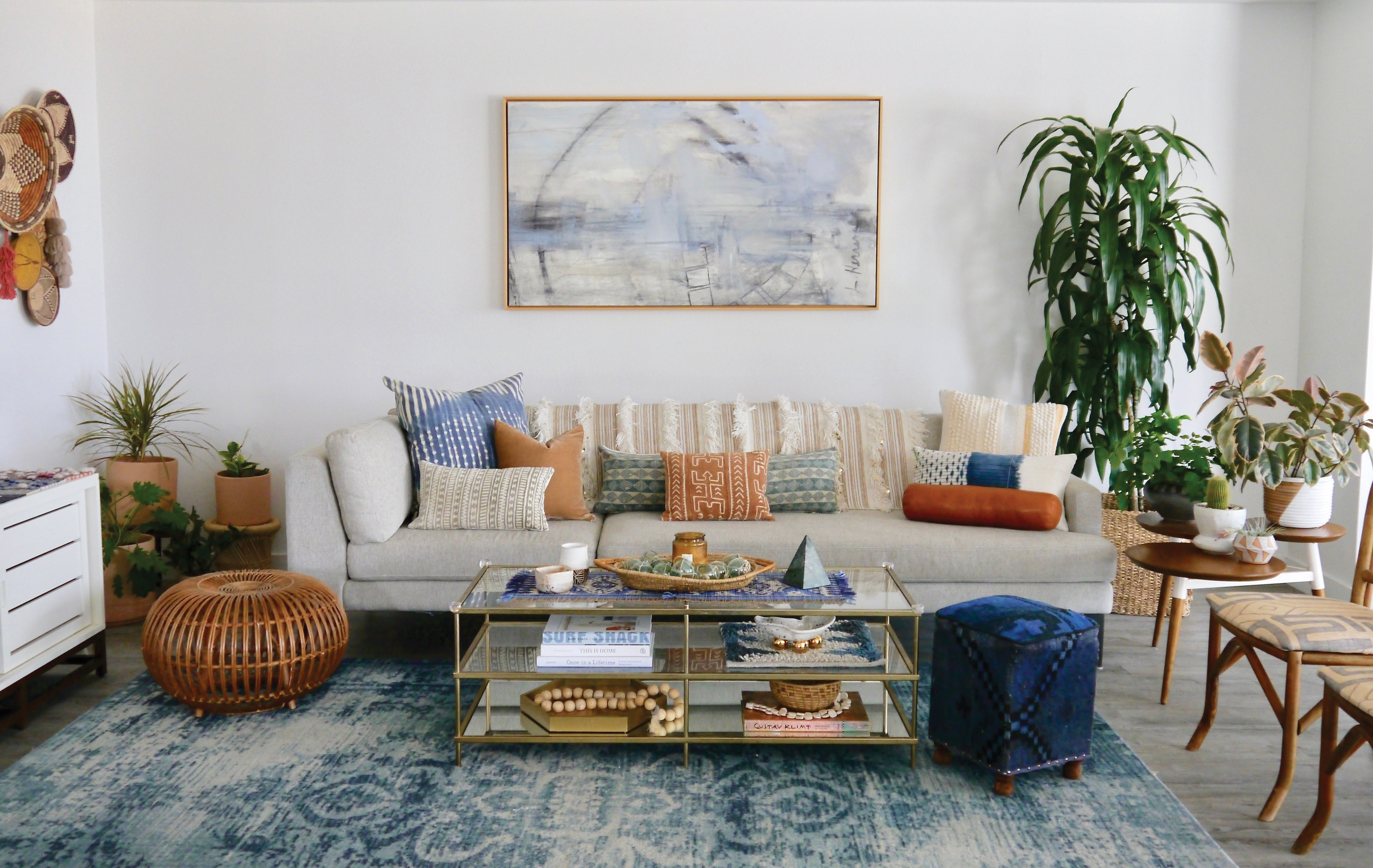 Categories: Home Design, Tricks of the trade
Share this...