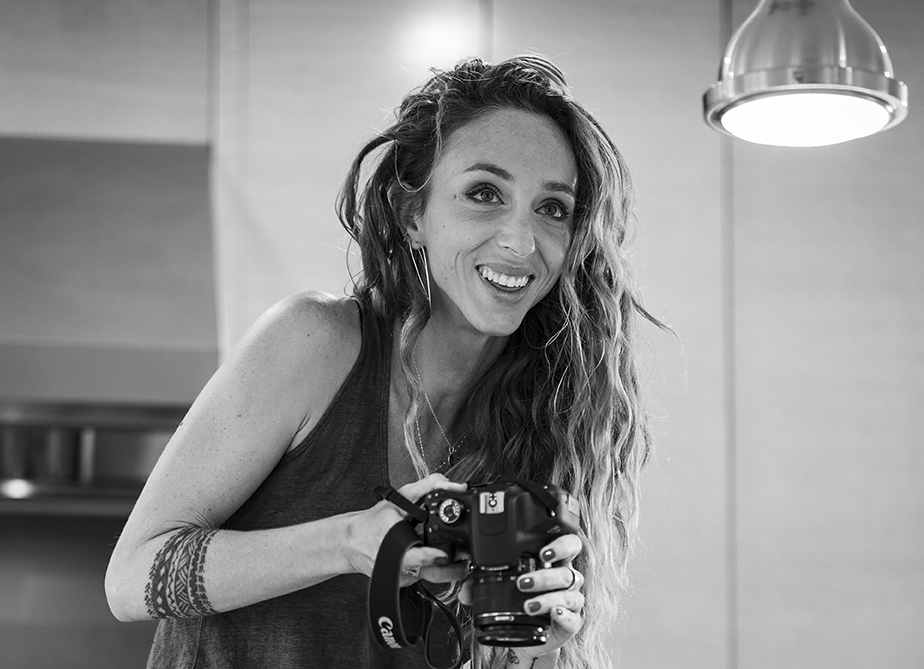 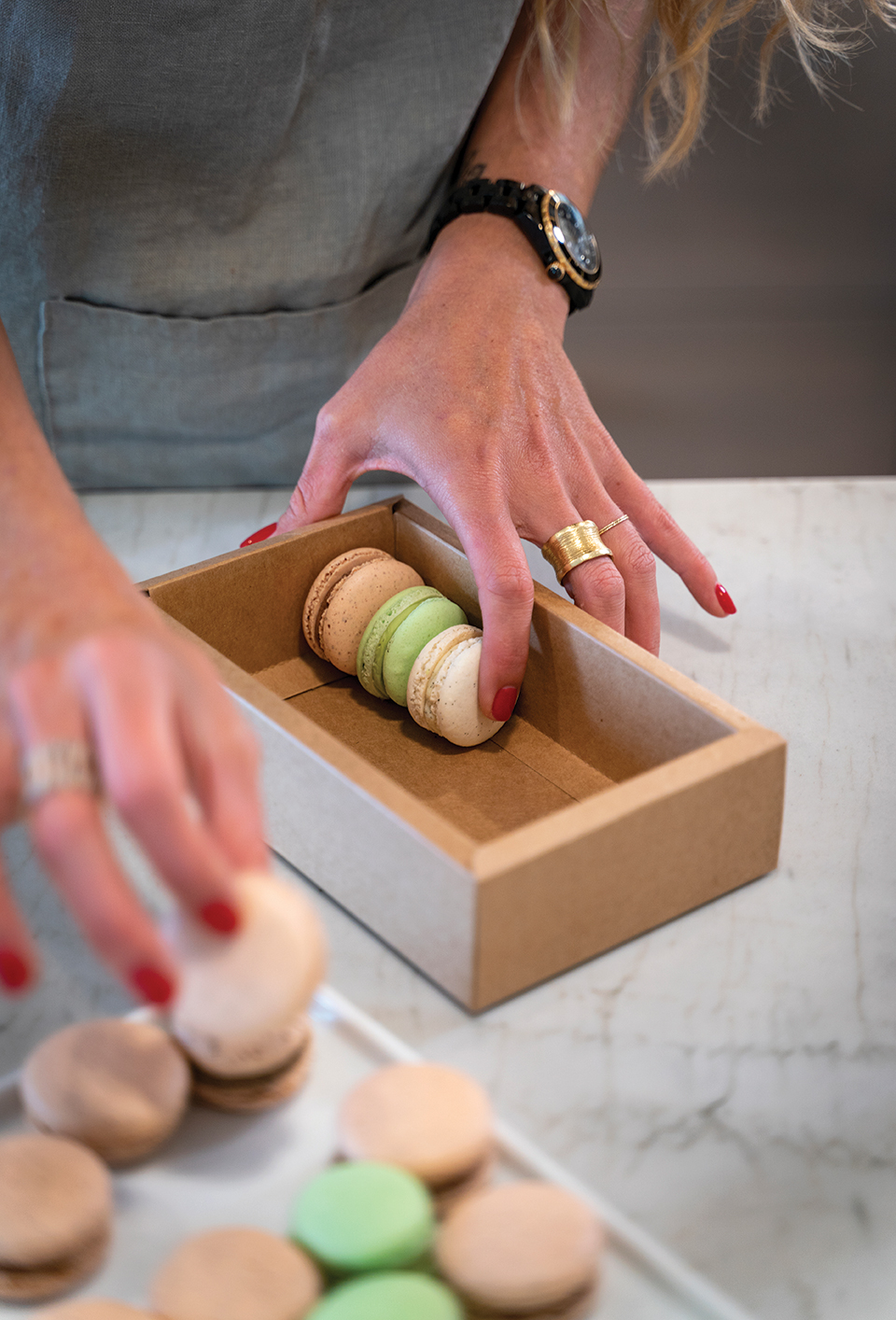 Sylvie Coulange is a cookbook author who surfs…or is she a surfer who writes cookbooks? Either way, after getting a look at the striking photographs she shot for Shine, her self-published book of recipes and inspiration, you just might find yourself wondering if there’s anything she can’t do.

Know What You Want

“I don’t have any background in photography; no one ever taught me how to use a camera. I bought my camera last year,” says Sylvie of her foray into food photography. “I heard that it’s years and years of practice and you have to study to be a photographer but to me it comes very naturally. I know I’m lucky to say that but when I grab my camera, I just know what angles, what light I want.”

That kind of certainty is propelling her toward the completion of a second book of recipes and diets, to be released this summer.

“What gives me the power and the motivation to do these books is because I had a vision of the whole thing,” she says. “That’s why I never hired anyone. How can someone help me write it or take the photos or design it? Then it’s not going to be what I want because I have a clear idea of how it should be.” 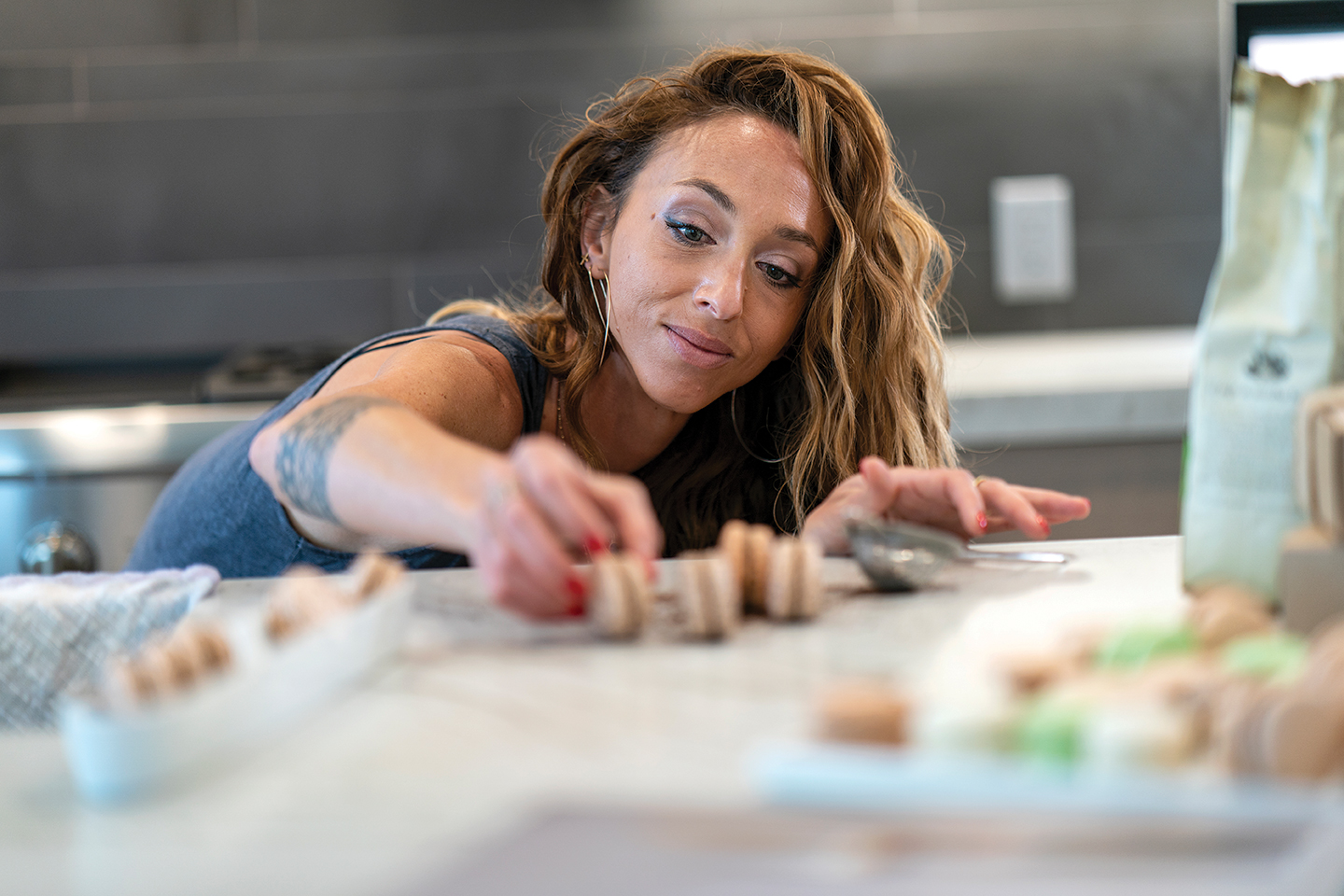 Born to Surf, Surf to Win

It’s the same kind of focus that took her to the winner’s podium at numerous international surf competitions. Born and raised on the French Caribbean island of Guadeloupe, Sylvie was on a board by age 4 and competing just a few years later. By the time she retired in 2004, she had won a dozen French championships, one European championship and traveled the world. It was on one such trip to Puerto Rico where she met her husband, a fellow French surfer; the pair now have two children, ages 7 and 11. 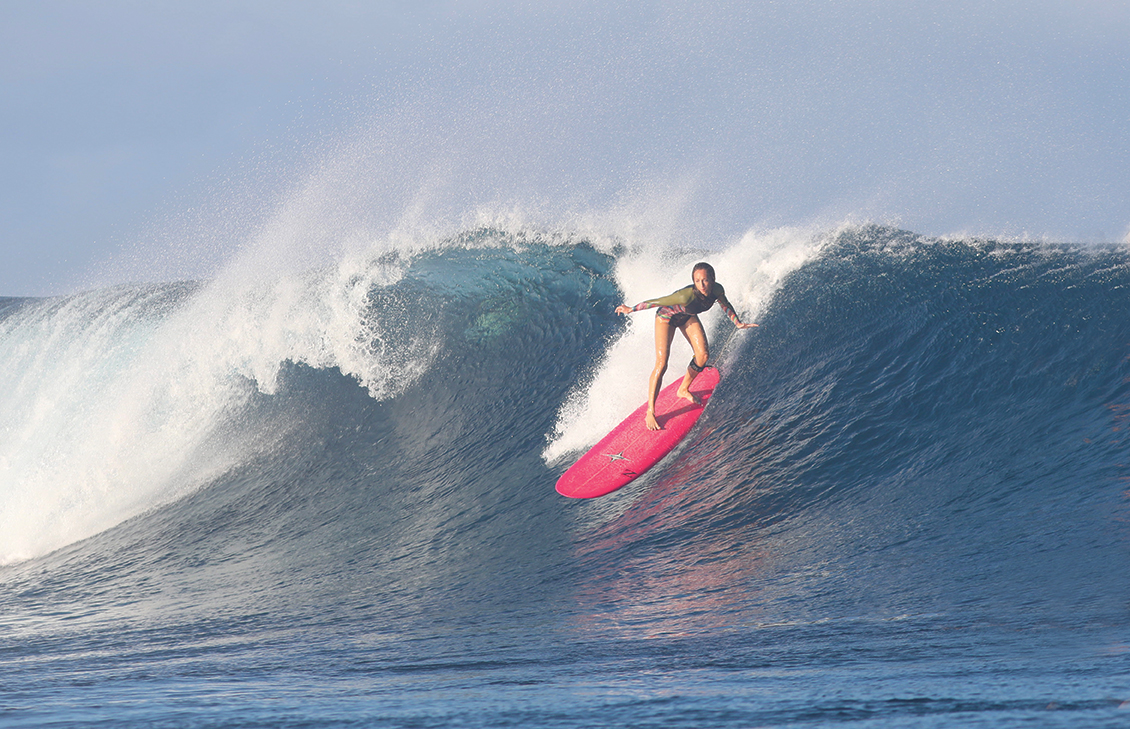 Sylvie Coulange catching a wave at a surf competition in Fiji. (Photo by Scott Winer.) 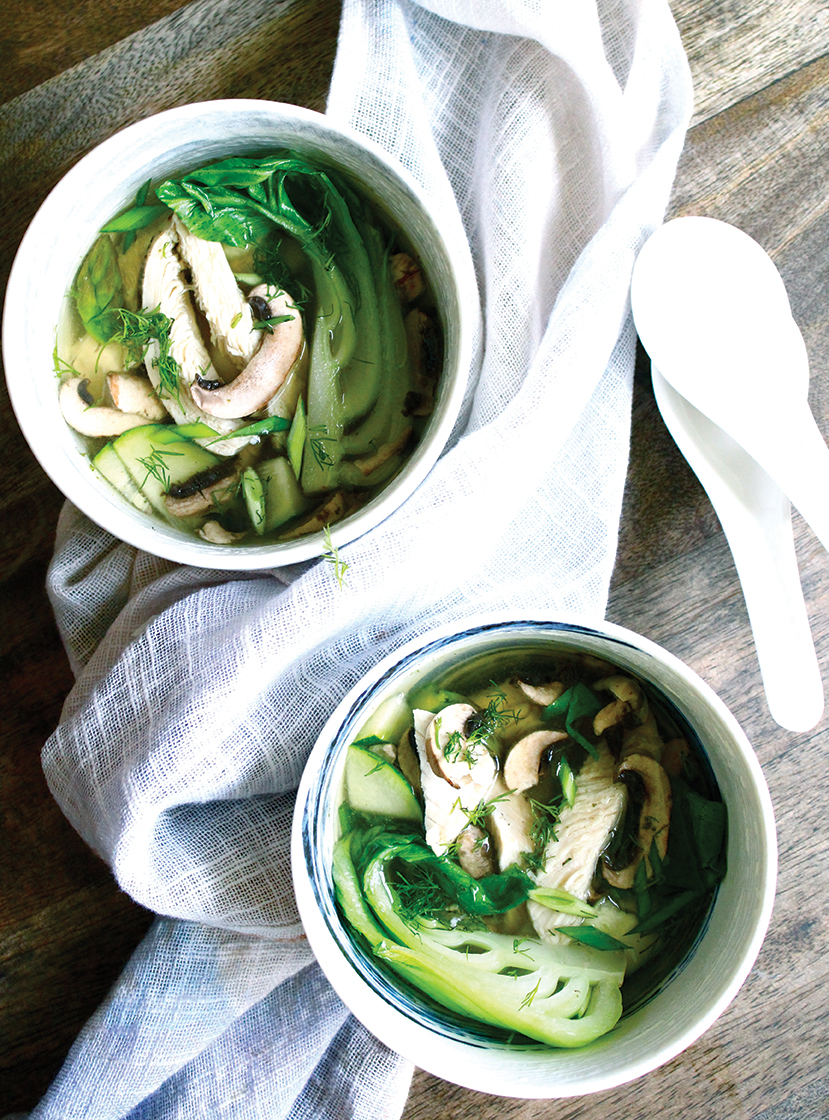 A Mother and a Writer in the Kitchen

Becoming a mother at age 20 and no longer competing, she found herself immersed in domestic life and began channeling her French-Moroccan heritage through her cooking. Since the age of 15, she says her most consistent companions in the kitchen were a notebook and pen, as she took meticulous notes on everything she made. Friends and family began to take note, as well.

“I would invite guests to the house, it was always a three- or four-course meal, and people were like, ‘Oh my gosh, it must have taken you the whole week to cook.’ No, it’s so easy. And I really felt the strength of communicating through food, eating healthy and not spending hours and hours in the kitchen. So my first cookbook is really about that—very appealing food, healthy, and at the same time simple.” (You can find some of Sylvie’s yummy recipes from Shine in our July 2018 issue, online here.) 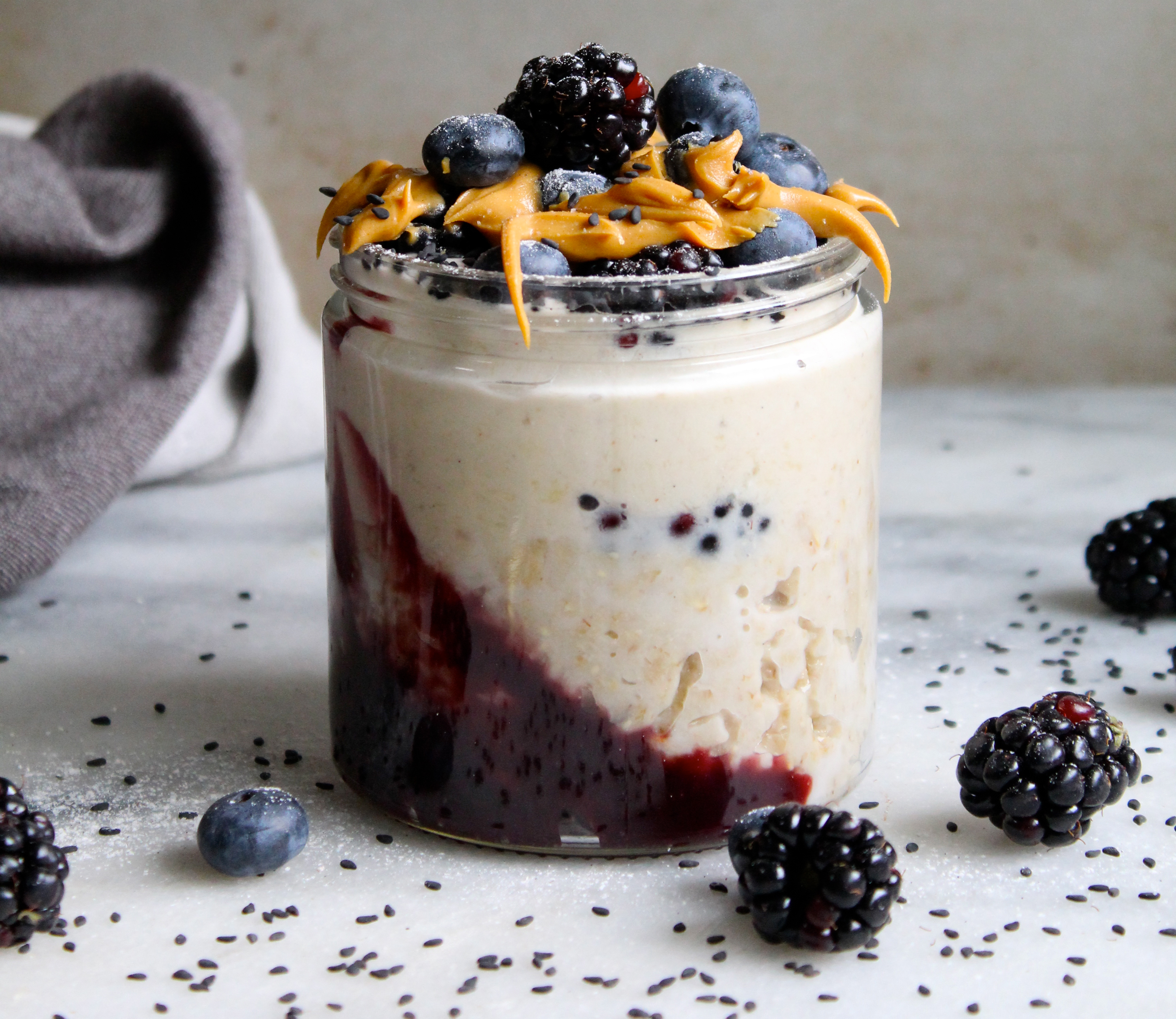 A New Love for the Water

Surfing is still an integral part of Sylvie’s life (La Jolla’s Windansea and the country of El Salvador are favorite surf spots) and, in fact, she loves it more now than when she was in her surf-meet glory days.

“I was always being trained to be the best and I was winning every single contest,” she says. “But I was not meant to be competitive; I didn’t enjoy it. I hated going surfing because I had to be the best, always, always, always, always. And when I finally decided to quit, a whole new way of thinking became accessible to me and, for the first time in my life, I became really amazed by the ocean.” 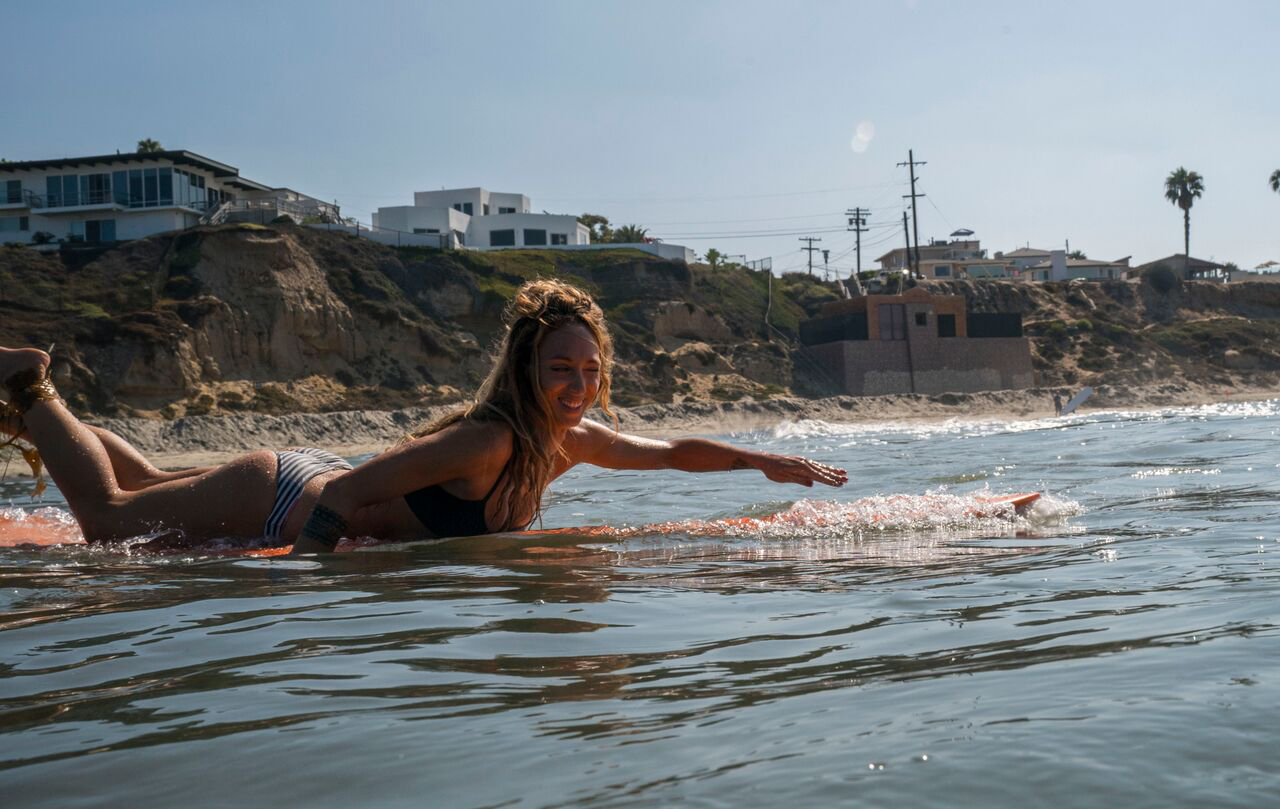 And now when it comes to a choice between surfing or cooking with her children, she has a clear preference: “I love surfing with them. I took the little one out for the first time [recently] and we had so much fun. I’m hoping that will keep happening.”