Serious furniture. That’s what John Cortese promises from his 7th and Seventh Designs studio. And he delivers, producing gorgeous tables, cabinets, bookshelves, chairs, benches, beds, desks and dressers that run the gamut stylistically from midcentury modern to industrial, contemporary to rustic. He incorporates steel, concrete, glass, marble and brass, utilizes Japanese-style interlocking timbers and even imitation alligator skin, or just lets the beauty of the wood shine through with Shaker-like simplicity.

But one glance at his company’s logo—a suave chimp with a handgun, à la agent 007—gives you a pretty good indication that this is no solemn, humorless operation. 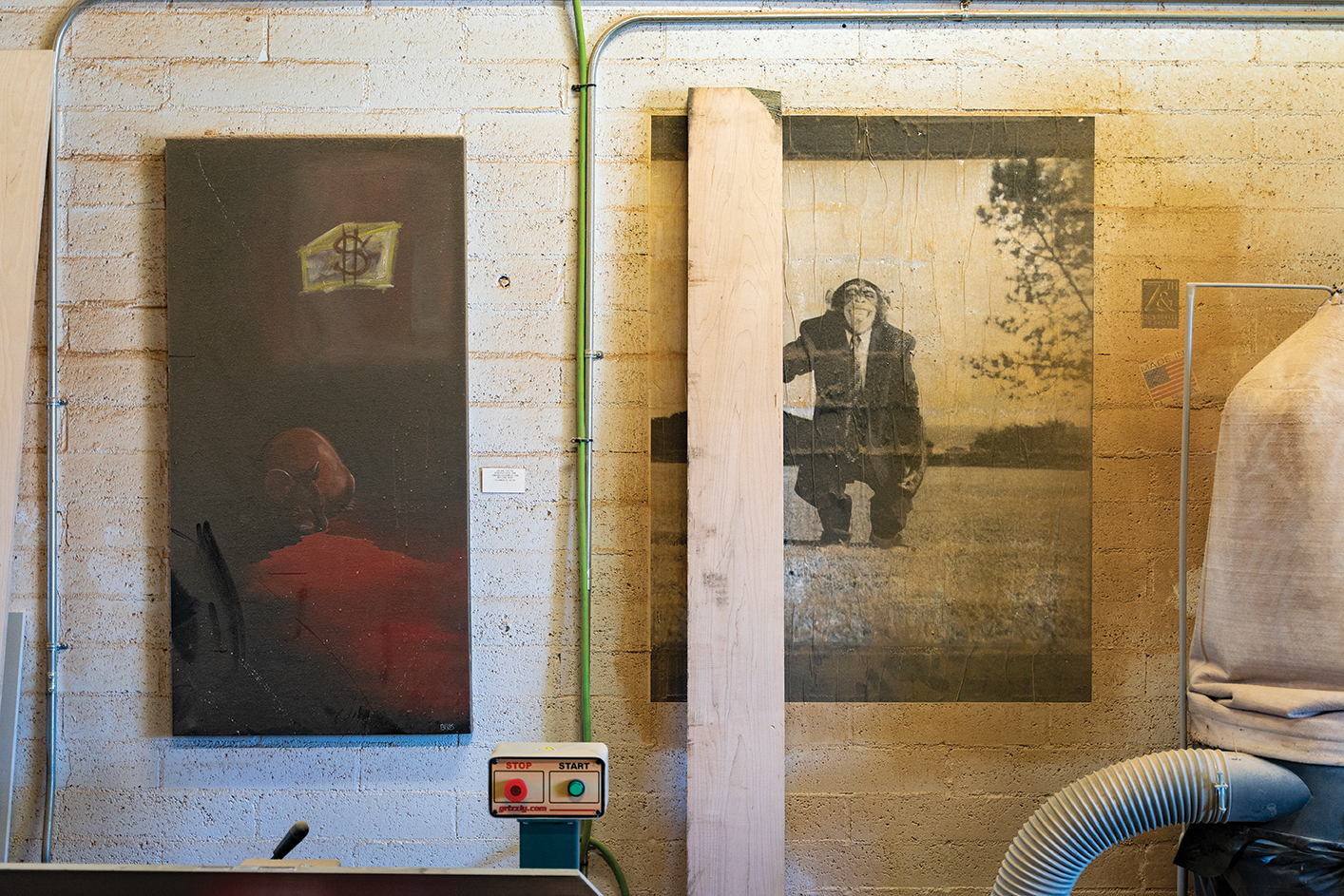 A snapshot of his business logo–a gun-toting monkey in a suit, a cheeky spin on 007.

“We worry about every single tiny detail,” John says. “Everything has to be perfect when it leaves the shop, but at the end of the day it’s furniture. It should be fun. The whole design process should be fun; it doesn’t have to be so serious and so uptight. No one’s life depends on it; it’s not brain surgery.” 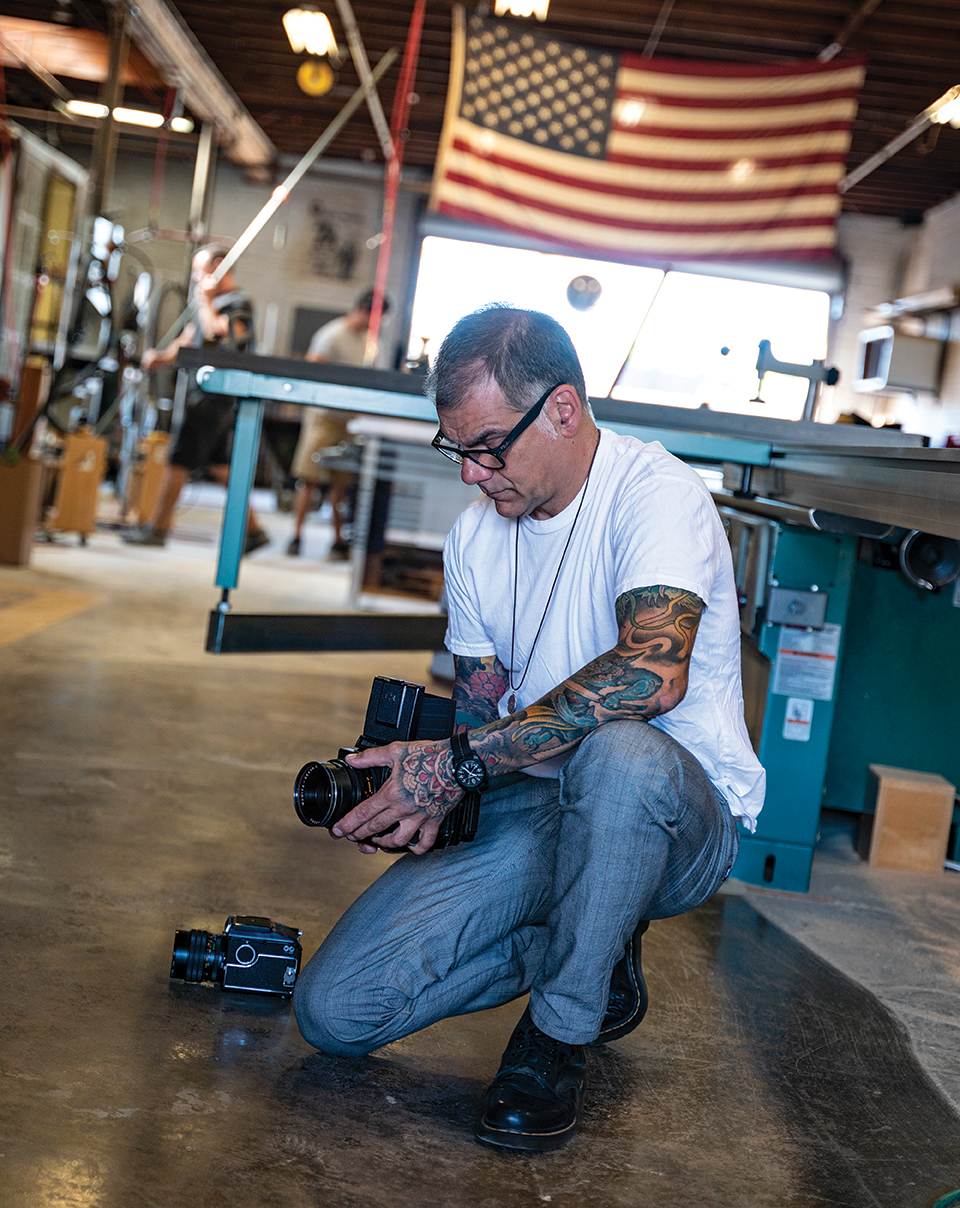 Creativity and a Camera

In an effort to stand out in a crowded market he took that lighthearted approach to an ad campaign that played right into another skill he has honed for years: photography.

“I’ve done tons of photography—it’s part of my hidden talent—so I did the photo shoot and in every ad we included a farm animal. Like I’m sitting at a dining table and I have a horse standing next to me, or there’s a side table with a lamb standing there.

“When I go through magazines everything looks exactly the same, so I know, for myself, if I saw an ad with a guy and a piece of furniture and a horse I’d think, ‘What is this person all about?’ And I’d check his website out.”

John grew up in a pre-hipster Brooklyn where his father ran the family grocery business out of a building they have owned for more than 100 years. John salutes his borough roots with his furniture, with most of the pieces being named for streets in Brooklyn, and even his company name reflects the intersection where he was raised—Seventh Avenue and Seventh Street. And that’s where he was first introduced to photography, toting around a Polaroid camera and taking pictures at family functions.

“I just always loved taking pictures and I always had a camera on me,” he says. “I’d throw a couple cameras and a bottle of water in my bag and jump on the train and just be gone for the whole day. I have a good eye for space and the way things fit into a picture. Everywhere I’ve gone I’ve always been the one with a camera in my hand, even to this day.” 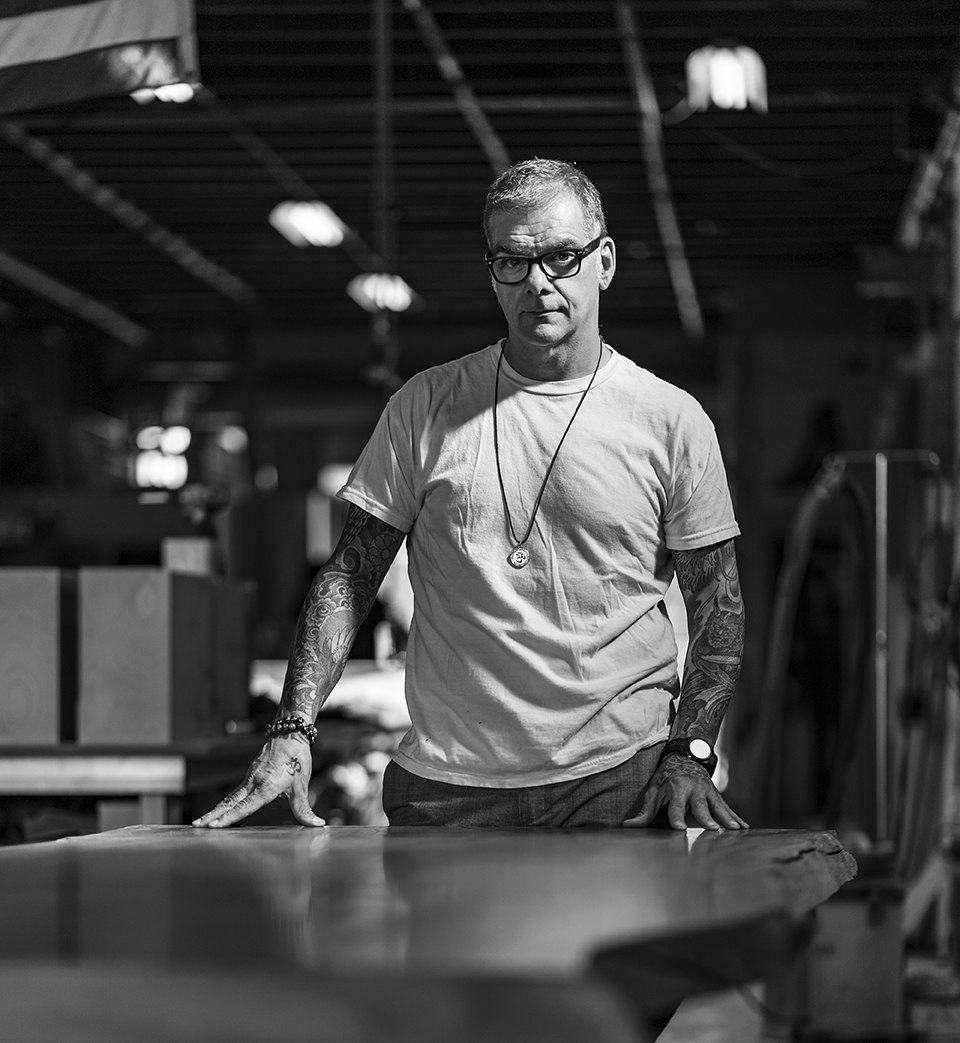 After an apprenticeship in upstate New York with a Japanese woodworker, which John describes as a very “Karate Kid/Mr. Miyagi” experience, he eventually moved on to Los Angeles, where he did some fashion photography and worked for a magazine, but only until he could get his furniture business up and running. “I didn’t like how fake that photography was; a lot of it wasn’t real to me. I was more used to building furniture that was a real, hard thing you can live with.”

These days his photo shoots are more likely to be on desert dirt-bike trips with his buddy Brian Foster, a tattoo artist who has inked large swaths of John’s body. “I like photography more now that I’m not being paid to do it,” he says. 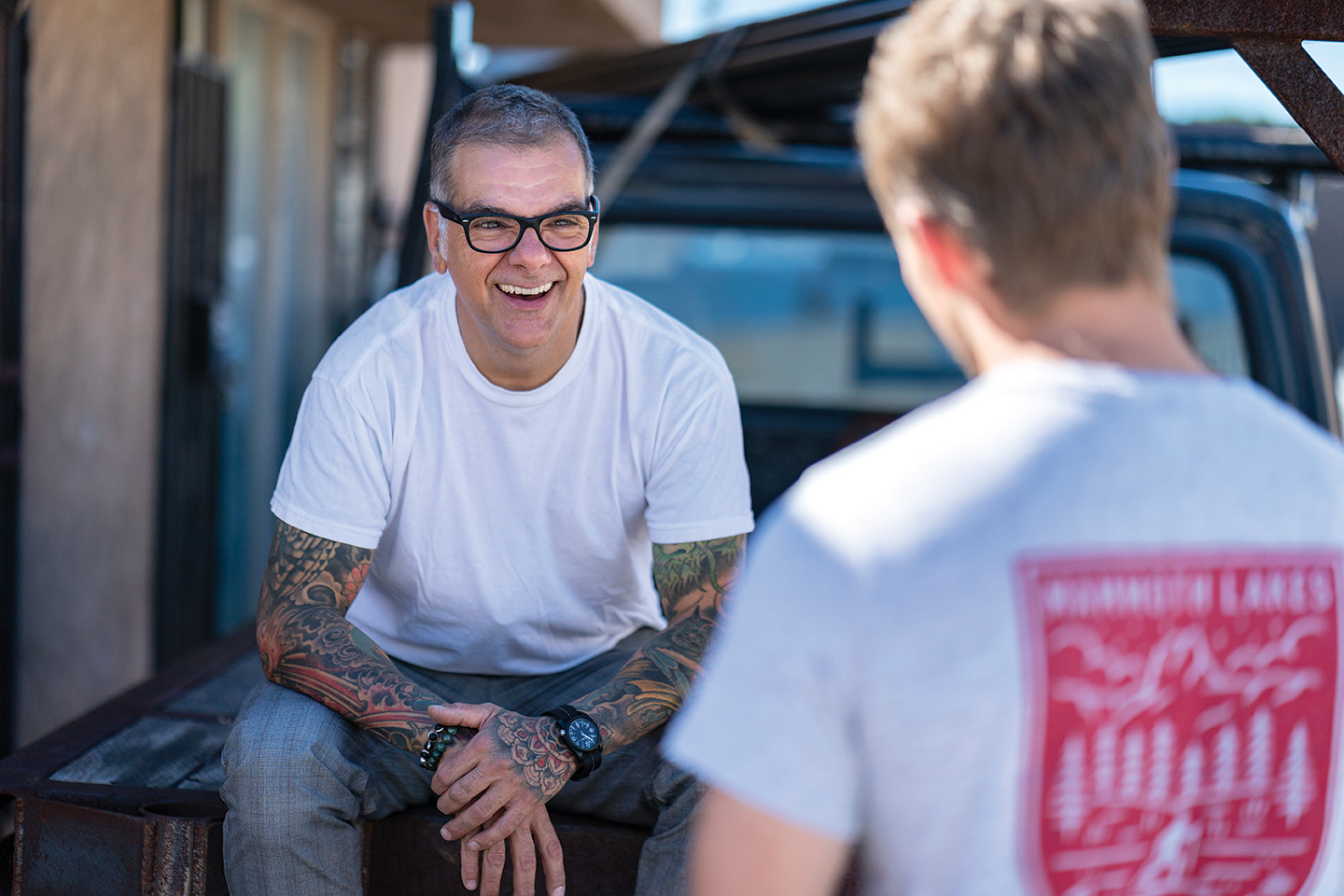 And while he definitely still loves photography, it’s furniture he’s obsessed with. Seriously.

“My biggest fear is I’m going to pass away and there’s going to be a thousand pieces of furniture I wanted to make and never actually got an opportunity to make them,” he says.