A newbie embarks upon the IDEA World Fitness & Nutrition Expo 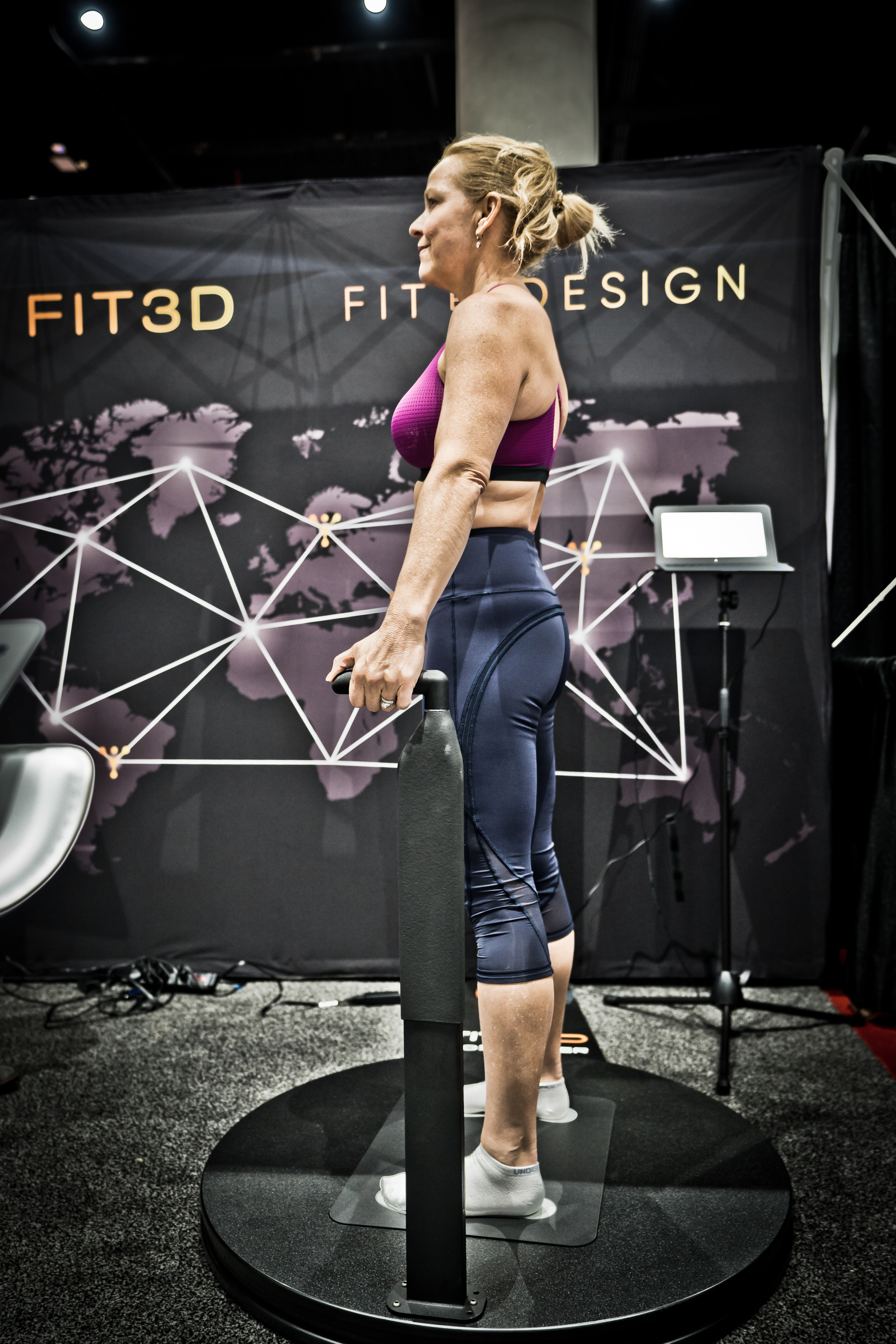 What’s it all about Alfie? Being healthy or looking good? I notice that sexy workout clothes, ripped abs, shapely athletic butts, toned arms and fake boobs (yeah, there’s nothing you can do about that exercise-wise no matter what you may have been told) are all the rage as I walk through throngs of people attending the IDEA World Fitness & Nutrition Expo at San Diego’s Convention Center.

As you may recall from the January issue, editor Wendy Generes decided that, since I am a newbie in the world of fitness equipment, programs, products, food and spa-ing, I would be the perfect person to go out into that world to find out what all the fuss is about. My spa experience appeared in the magazine. Here’s what I discovered at the annual IDEA World Fitness & Nutrition Expo (next one takes place in Anaheim on June 26-30). 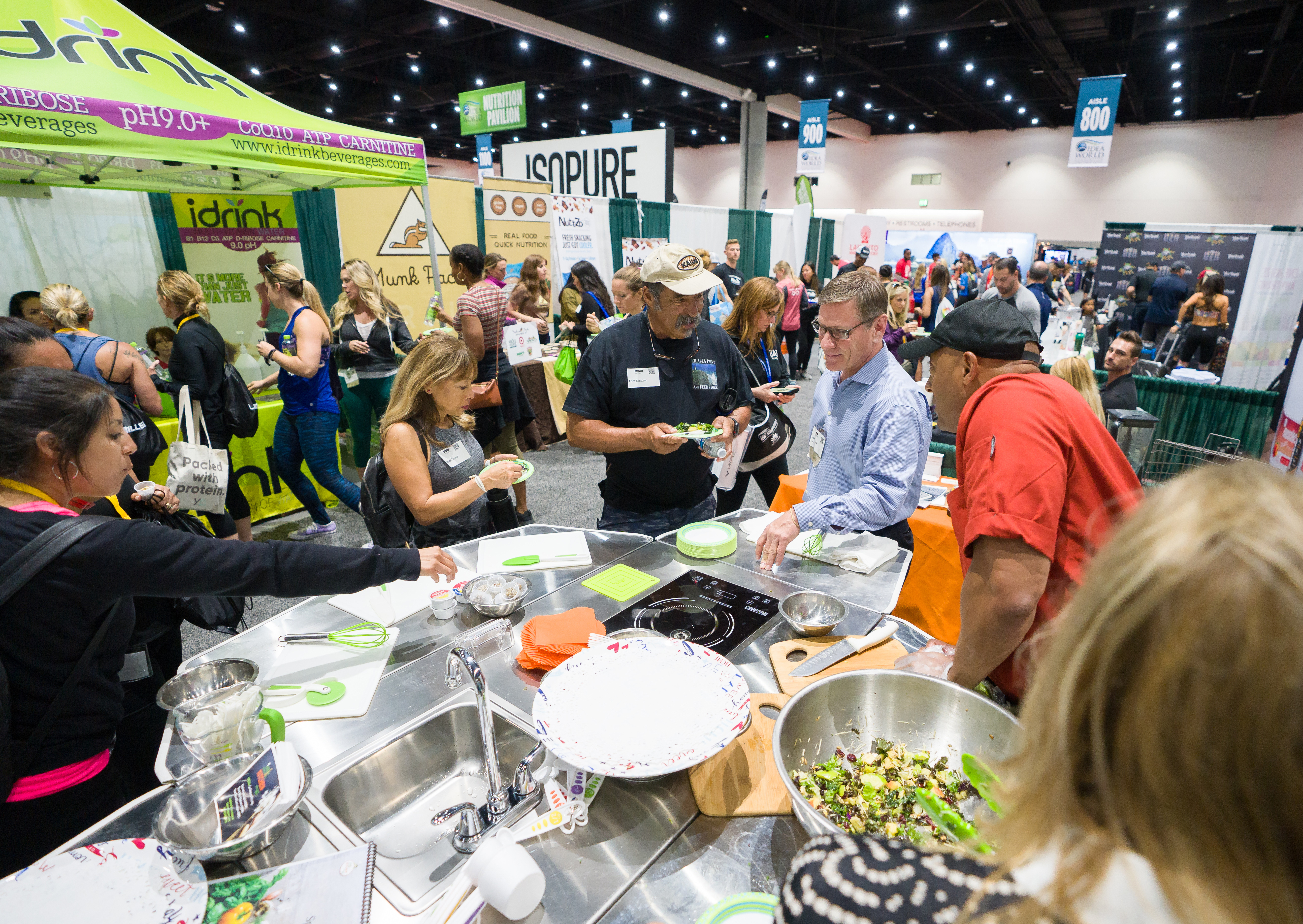 There are hundreds of booths. Attendees swarm the plethora of tables offering sips of detox juices, spoonsful of no-yogurt yogurts, bites of energy bars and bags of kale chips. They’re tasting fake steaks and faux cheeses at cooking demos. Vendors spout off like carnies so that words like gluten-free, calorie-free, carb-free, lactose-free, B-12- fortified, probiotics, prebiotics, organic and vegan fly through the air, echo back down, and land somewhere in the midst of the crowd. Event goers bounce on exercise balls, lift weights and ride stationery bikes. Some are pushing, pulling, twisting, squatting and lunging in an area roped off for exercise classes that run the gamut from mindful movement to military boot camp. 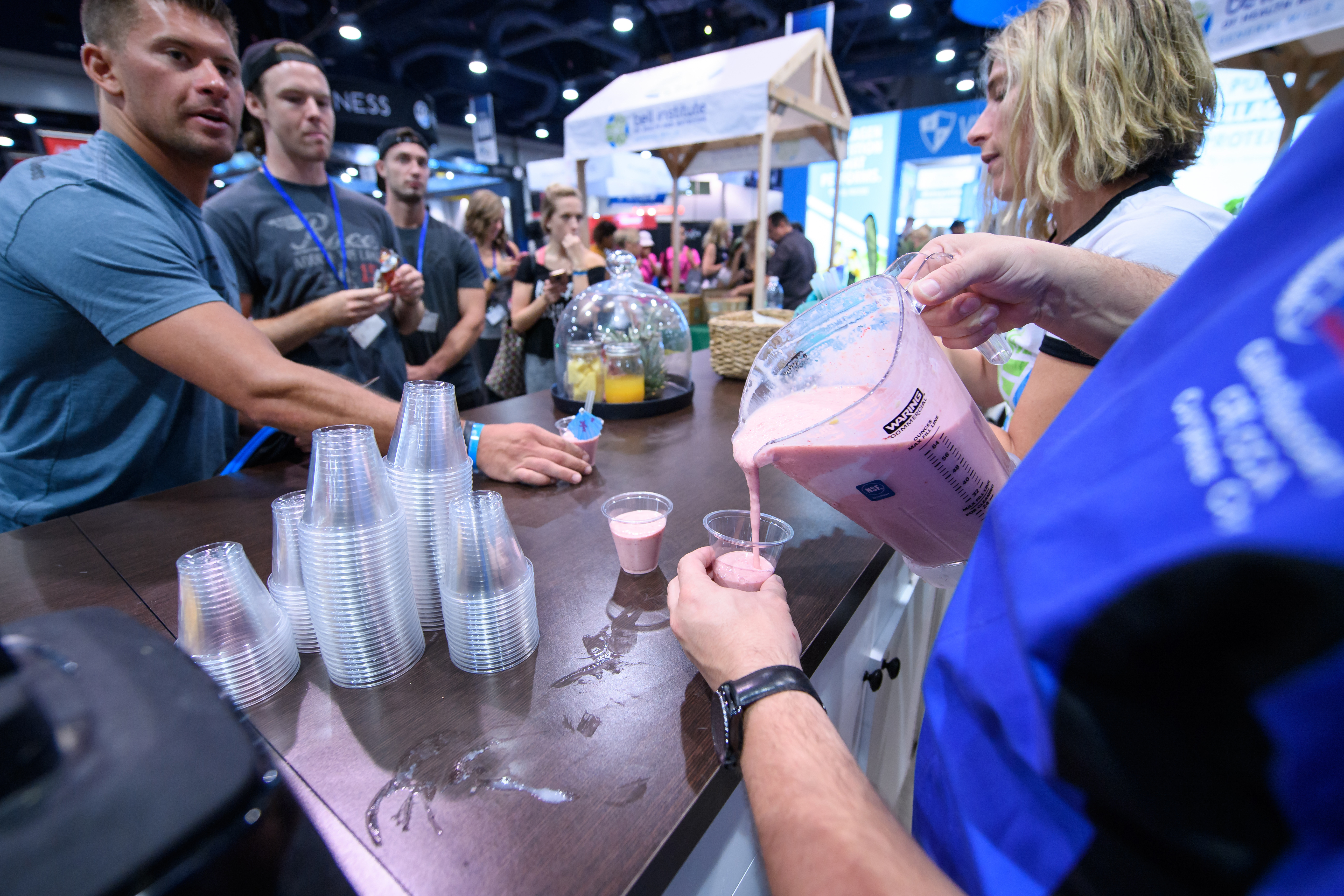 The IDEA World Convention brought home the fact that fitness is a booming business. It also gave me a pretty good idea of what’s trending—or still trending. Here’s a sampling. 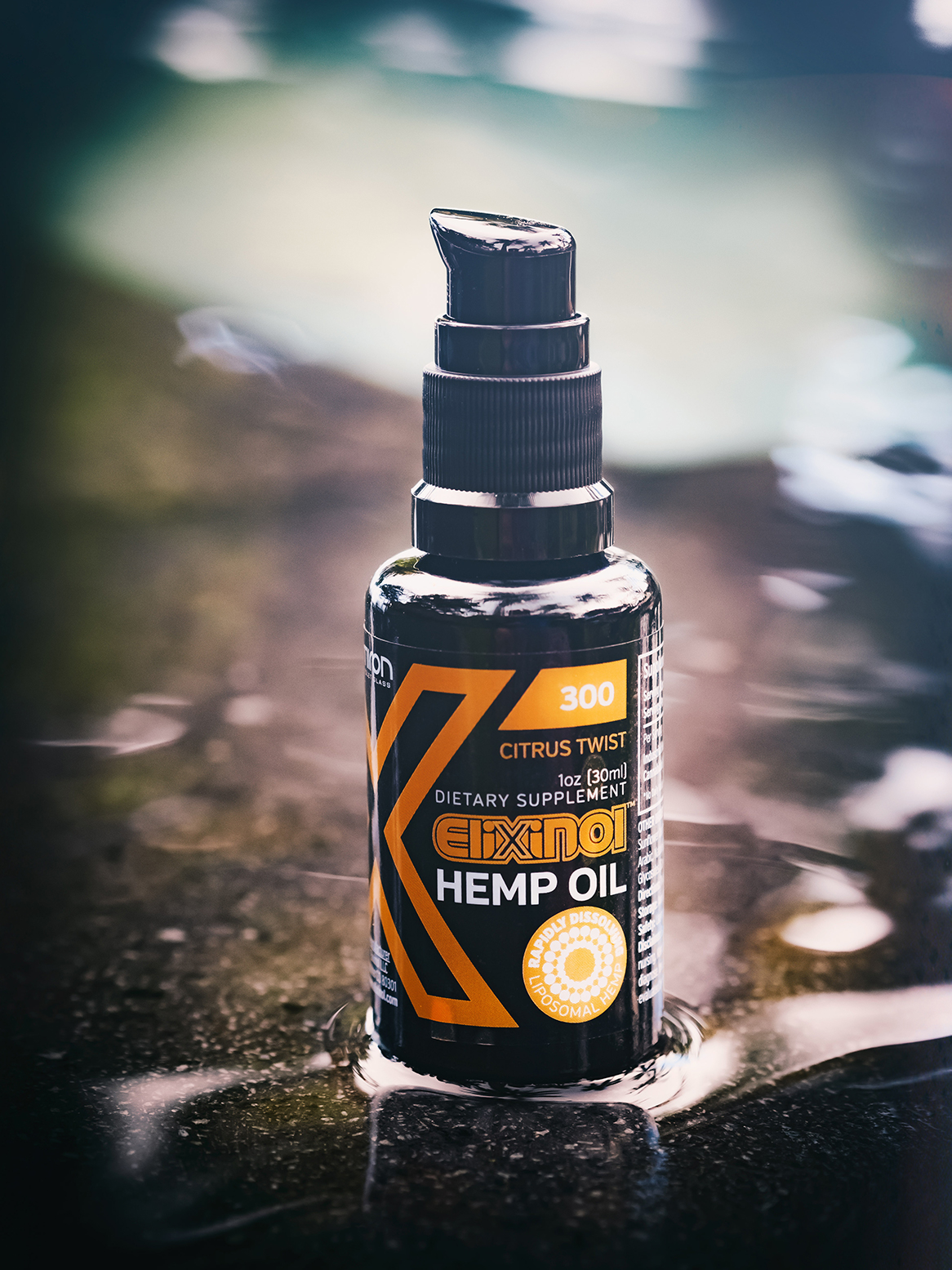 Even though it doesn’t get you high, cannabidiol (better known as CBD) is all the rage. Extracted from the flowers and buds of hemp plants, the so-claimed antioxidant has been touted to help epilepsy, anxiety, depression, inflammation and sleeplessness. I saw it at the show as an oil sold in capsules, natural drops, nasal sprays, topical balms and vape pens. It was available in bags as seed and protein powder for human consumption and as edible treats for dog consumption. I can’t vouch for its beneficial properties but I can tell you that it’s so hot I’ve heard Coca-Cola wants to infuse beverages with the non-psychoactive substance. I wonder if they’ll call it Canna-Cola?

Clean Up on Aisle Body

Formaldehyde gas in carpeting. Chlorine in tap water. Aluminum in deodorant. Flame-retardant chemicals in clothes. Nitrates in luncheon meats. Aspartame in sweetener. Smog in the air. There seems to be no escape from noxious substances, hence the fact that detox products for cleansing aren’t going away. There are detox teas, enema coffees and apple cider vinegars (which, besides killing harmful bacteria, has been reported to fight diabetes, belly fat and heart disease); there are herbal, wormwood, seed and magnesium cleanses; and you can choose supplement options for three-day, seven-day or 14-day cleanses. Even water has gone detox with a product called…Detox Water, “prebiotic aloe-infused water enhanced with electrolytes” so you can experience not just hydration but “healing hydration.”

Other than bone-broth protein, which is its own thing nowadays, I didn’t see many booths touting the merits of meat. Instead, plant-based products are continuing to grow in popularity. In May of 2018, Nestlé came out with a meat-free Garden Gourmet brand that’s going gang-busters in the UK. The idea that one can’t get enough protein or can’t get complete protein from a meatless diet is fast becoming myth, many people told me, which was evidenced by the amount of plant protein powders out on the IDEA World floor. Most are organic and come in yummy flavors like salted caramel, chocolate mint, coconut almond and tropical. And many are gluten-, dairy- and GMO-free. But, at between 120 and 150 calories, it’s good to remember that they’re not calorie-free. 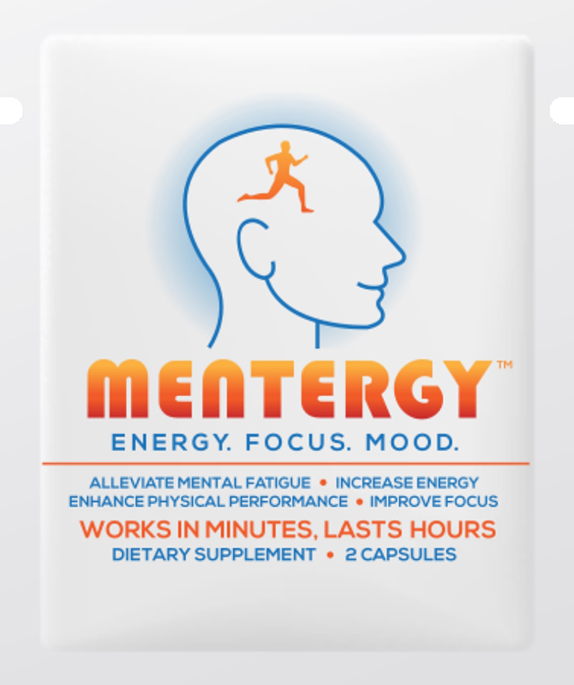 We must all be really tired. Maybe we’re just not getting enough sleep. Or maybe we’re spending too much time on the computer. Whatever the reason for our dragging butts, I saw a plethora of supplements to keep people on the go, alert and ready for action. And I’m not talking coffee. Although everything I saw had some caffeine as a component, a lot of stuff I’ve never heard about (nor can I pronounce) like L-alpha-glycerylphosphorylcholine and Rhodiola rosea promised to not only reduce fatigue but improve depression (does that mean it will get worse or better?), enhance memory and give you focus and motivation. A lot of them had added B vitamins. Some used plants like guarana and macca for a “natural” boost of caffeine. (What, coffee beans aren’t natural?) They came in powder, capsule and bar forms but many of the labels warned that these products had not been evaluated by the Food and Drug Administration. But no one at the show seemed to mind.

Now that we’re awake, we might be suffering from anxiety and Ashwaganda seems to be one of the latest herbal miracles to help with that—and a million other ailments. Known as Indian ginseng, this supposed healing herb is touted to promote stamina, strengthen immunity, improve thyroid function, stabilize blood sugar, lower cholesterol—and prevent cancer! Hey, I’m just telling you what everyone is raving about today. By tomorrow, everyone may remember that the Sanskrit word Ashwaganda translates in English to “the smell of a horse,” and they may move on to the next cool thing.

I noticed there was a lot of fuss about fungus. Nowadays, I guess mushrooms are considered a super food. From jerky to coffee, mushrooms are definitely having a moment. And again, they are touted as a cure-all: memory; focus; heart, nerve and respiratory health; stamina; endurance; mood and creativity.

Everything Old is New Again

It seems that stone-age nutrition as in the paleo diet, ketogenic products and bone-marrow broth are still trending. And probiotics—bacteria that is good for your digestive system (think yogurt and sauerkraut if you’re old school, Kimchi and Kombucha if you’re Kool)—are suddenly a thing.

I guess my days of “Sweatin’ to the Oldies” with my buddy Richard Simmons are long past and not returning. Exercise buffs may still be going to Jazzercise and Tae Bo classes but what’s also back is high-intensity interval training (bursts of fast-paced, heart-working exercise, followed by a slowed-down pace), strength- and body-weight training, yoga (in all its different styles), BOSU (a combo of yoga and pilates-inspired movements), Sh’Bam (Latin-inspired dance movements) and mindful movement (um, moving the self mindfully). And to help you out before you get started and after you’re done, I saw a product made with deer antler velvet extract. No, really. Ground-up, pre-calcified antlers from red deer in New Zealand that is reported to support muscle recovery and repair, and increase libido and energy. Guess what it’s called? Bucked Up. 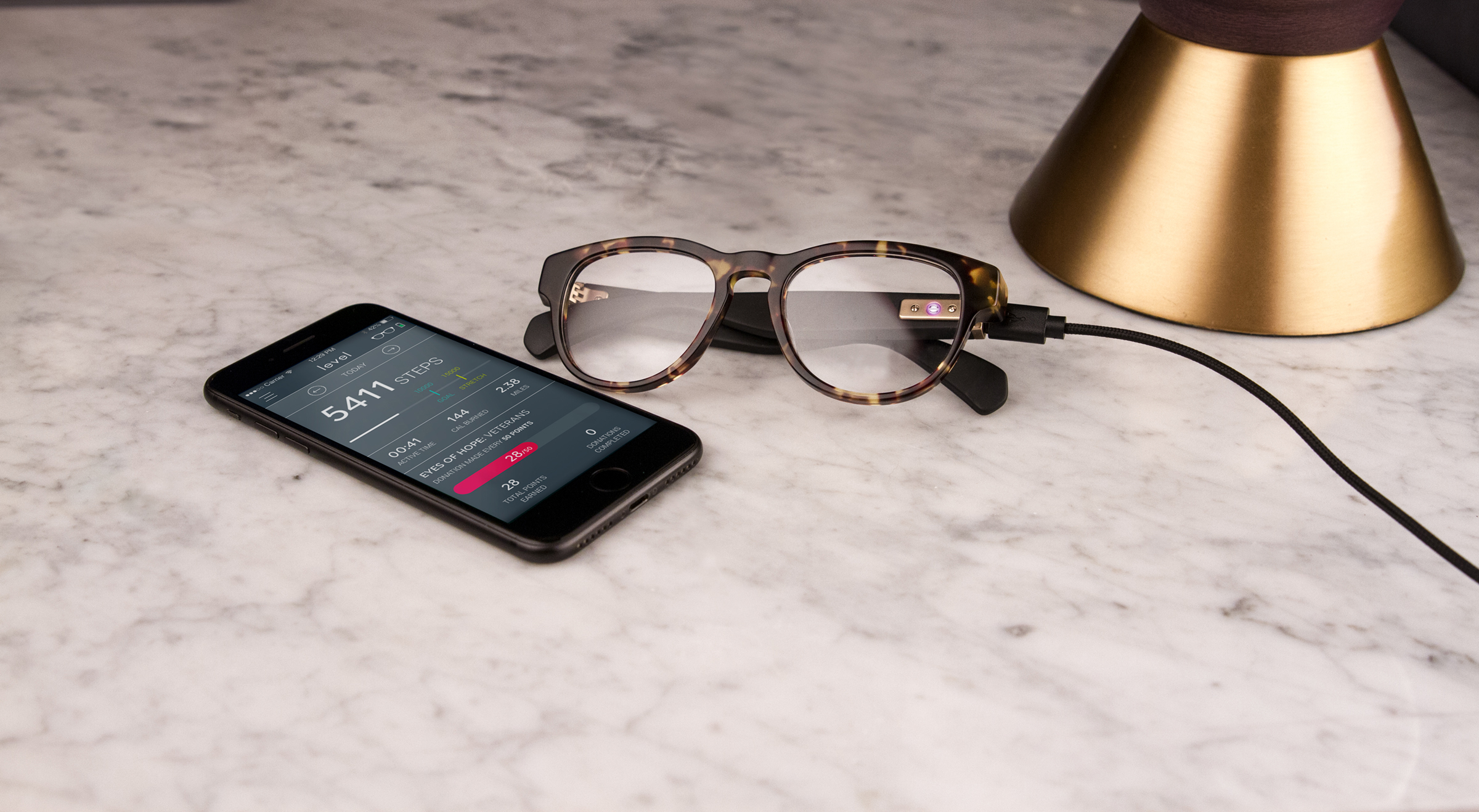 Tracking your fitness with smart (nagging) watches that tell you when to go to bed, when to get up, how many calories you ate, how fast you’re running, what time you need to start walking, and how long you stood around doing nothing are still popular. In 2019, your tracker doesn’t have to be a watch. It can be a ring, a pair of yoga pants or even a pair of eyeglasses.