Skull-Duggery at Death by Tequila in Downtown Encinitas

Our gossiping gourmet hits the new Death by Tequila, plus more food news and reviews

Death By Tequila in Encinitas 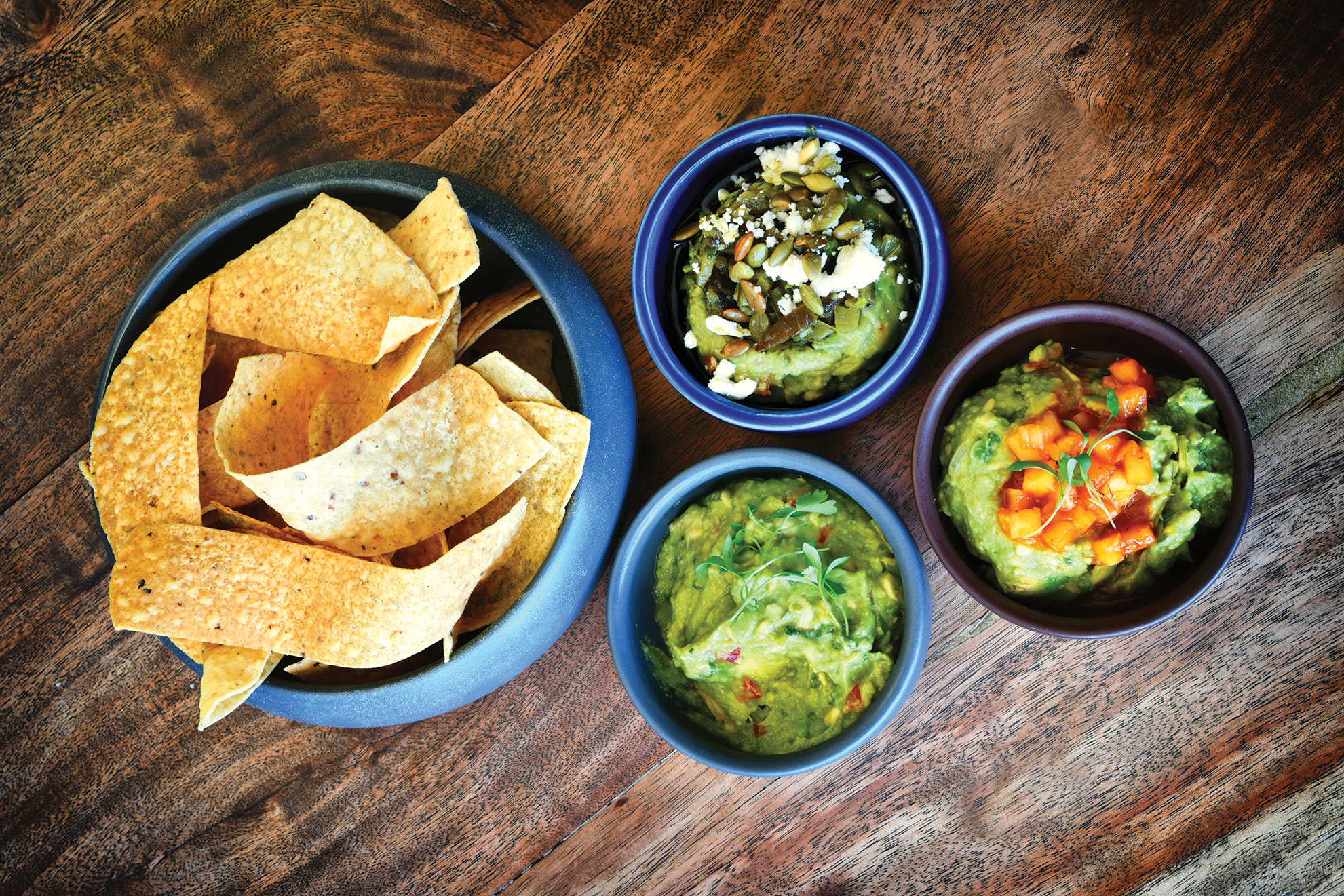 OKAY, IF THE LOGO OF A SKULL in a sort-of sombrero with “D x T” standing in for eyes and nose doesn’t grab your attention, maybe sizzling spurts of chili oil in the ahi crudo will. In the Coast Highway premises that once housed Paolo Pedrazzani’s relatively sedate Via Italia, the new Death by Tequila evidently is jammed from late afternoon until midnight daily. Given the party-hearty drink menu, unusual offerings like bacon-wrapped “TJ dogs” available from 10 p.m. on weekends, and Chef Angelo Sosa’s delirious (and delicious) menu of Baja-inspired creations, there’s usually a wait. The place doesn’t take reservations, but of course there’s an app that wait-lists guests when they’re within a certain distance. 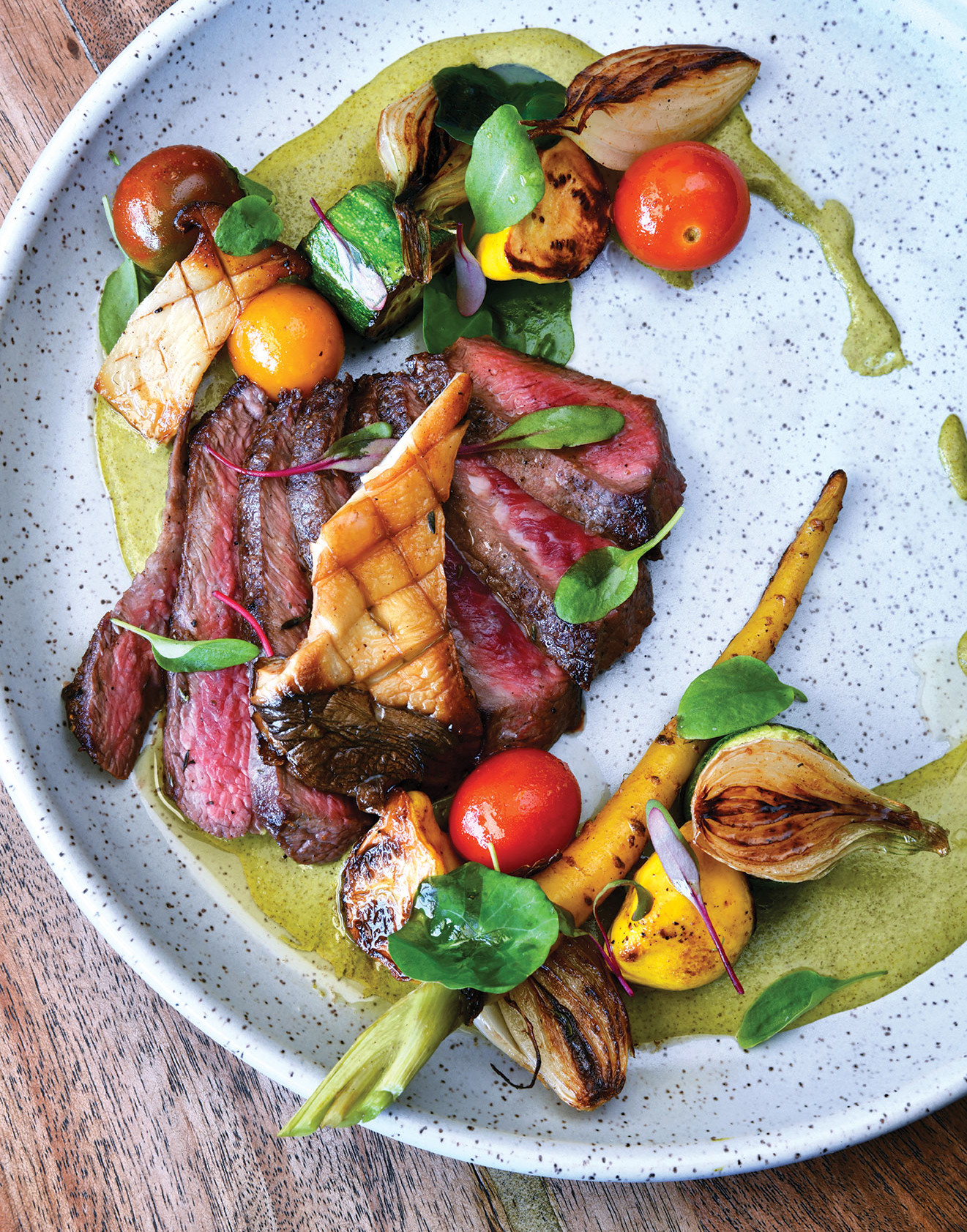 Angelo, young-looking but a veteran of 16 years as restaurateur and chef at several NYC establishments, composes zesty guacamole variations.

The “Tres Amigos Guac Flight” offers good portions of a convincing traditional guacamole, another version with pumpkin seeds and oil, and a quite delicious one with pineapple and smoked chili.

Dishes arrive as the kitchen readies them, so dining may not be a course-by-course experience, which troubles no one at this busy, busy, busy place.

Frothing in Puerto cocktail at Death by Tequila

At the bar, surfer videos play on a screen mounted west of shelves of tequilas that power such craft cocktails as the Frothing In Puerto, a foamy shake of mezcal, lemon, vanilla, pineapple and egg white poured into a low-slung coupe.

Before or after this, try the raw ahi in wonderful coconut-kaffir lime broth—garnished with hibiscus leaves, no less—tacos stuffed with purple potatoes in spicy mole sauce and perhaps a prime flat iron steak in Baja-style chimichurri. The eggy and suave tequila flan arrives sprinkled with freshly grated Manchego, which, avows Angelo, provides “a beautiful balance of sweet and savory.”

THE FOUNDERS OF Hob Nob Hill, which opened in 1944, may have contended with food rationing but would have cracked up at the proposition that, 74 years later, the menu would list an appetizer of deviled eggs at $10. But it does. Oddly enough, a few blocks away at the much more culinarily ambitious Bankers Hill, a starter of deviled eggs is priced at $9.25—and you get lemony potato crisps and arugula on the side.

IF YOU BUILD IT, they may come, as long as the hospitality options range beyond the Starbucks, Panera Bread, etc. that likely are around the corner in your own neighborhood. An easy drive from most of North County, the Village at Pacific Highlands Ranch attractively assembles retail, eateries, services, residential buildings and plentiful parking.

Just about everything is familiar or is owned by a local restaurant group, but the independent Amici’s Ristobar is the sort of upscale eatery you expect in this corner of San Diego. It serves an easy-going Italian menu on a breezy terrace and in a dining room with broad banquettes and a lively bar. Meatballs currently are morphing from spaghetti companions to appetizers, and Amici’s spicy cannonballs are dressed with convincing pomodoro sauce. Particularly enjoyable, flash-fried artichoke hearts are meaty and beautifully herb-y. There’s braised lamb shank with saffron rice, naturally, but also “happy or angry” Jidori chicken, and yogurt marinated and spiced to taste. And if you lost your Italian dictionary, cartoccio is the package of paper in which a combination of linguine, shellfish, tomatoes and white wine bakes to steamy perfection. 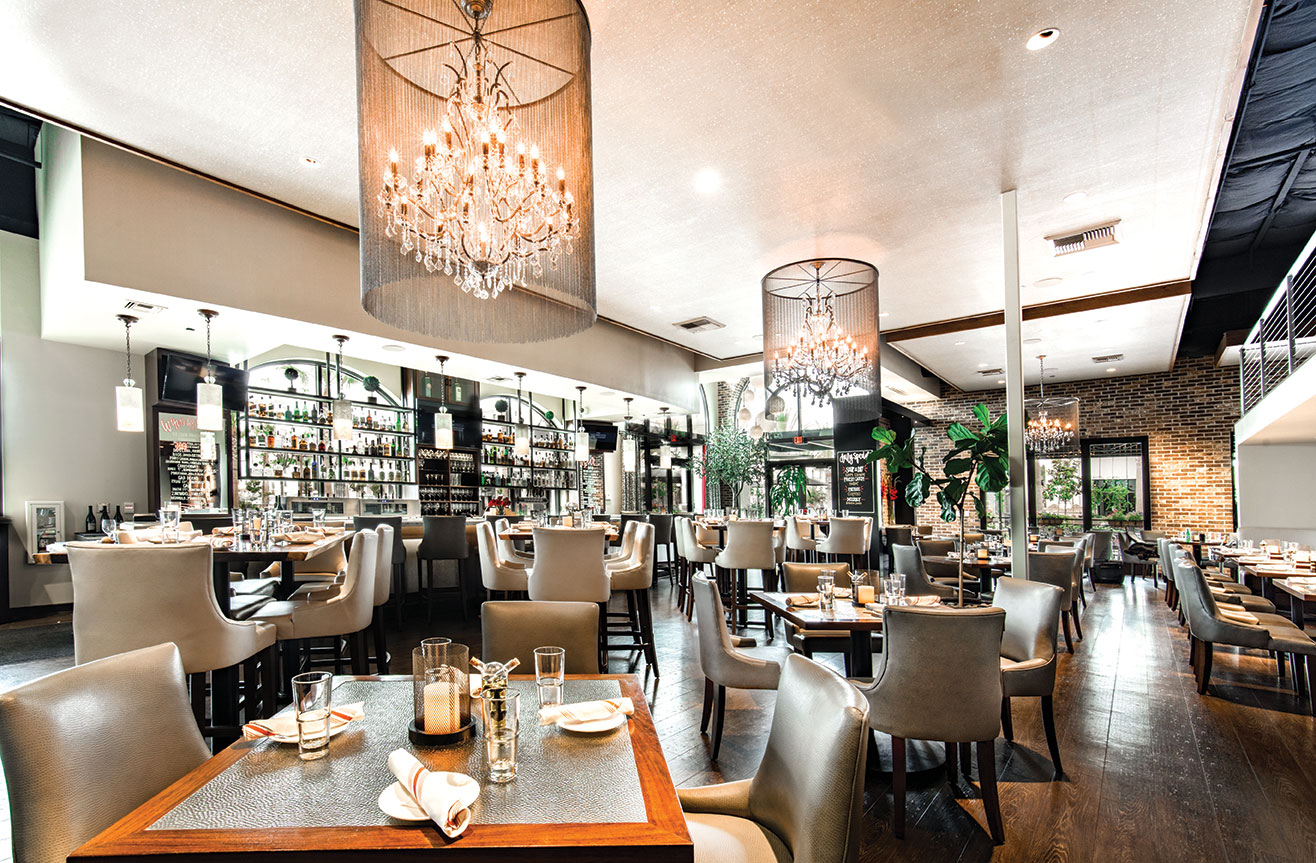 ENCOUNTERING DISHES that seem like old friends is among the delights

of revisiting a long-established restaurant. At Cucina Urbana, the simply-named chicken liver pâté smoothly engulfs the mouth in pleasure, especially paired with a bite of Barolo-soaked fig and a bread slice from the assortment in the basket.

A HOT DOG ON A BUN, a club sandwich on toasted white, pastrami on rye spread with deli mustard: These are national treasures. Carve is so close to Montgomery Field that a pastrami-on-rye-loving aviator could swoop from the skies, dash across Aero Drive for the classic treat and be aloft within minutes—except that Carve doesn’t offer rye bread. The place smokes and steams its own pastrami, but only stocks buns and ciabatta. More? Reading the description of the Carve ’Strami sandwich—meat, maple bacon, pickles, Dijon and Mornay sauce (Mornay? Really?) prompted this writer to run out the door shouting, “Quel fromage!”