Where the Chefs Eat: Richard Blais

Where does one of San Diego’s acclaimed authorities on food dine? Tag along with Richard while he visits some of the places he goes when he’s not working. 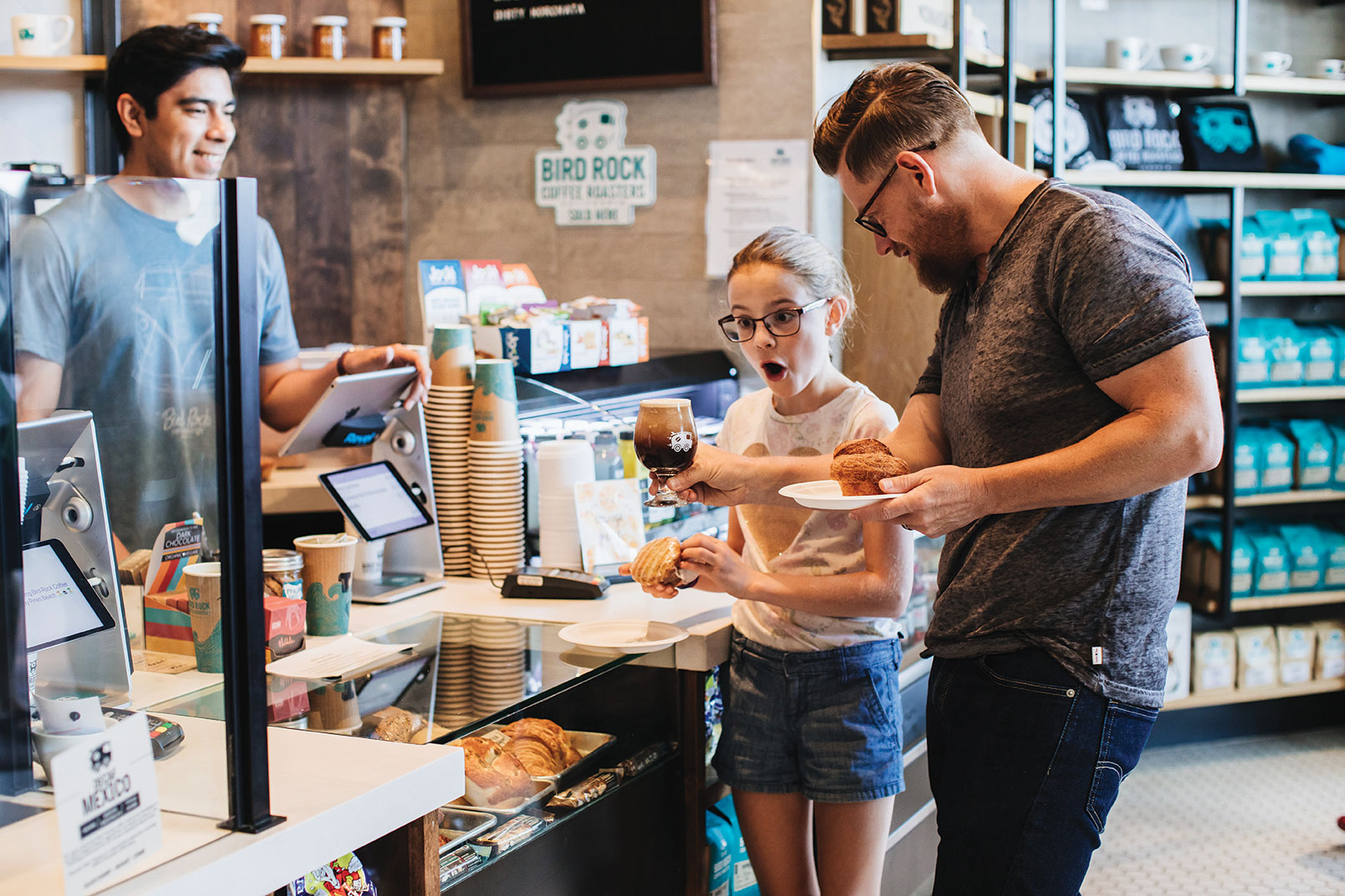 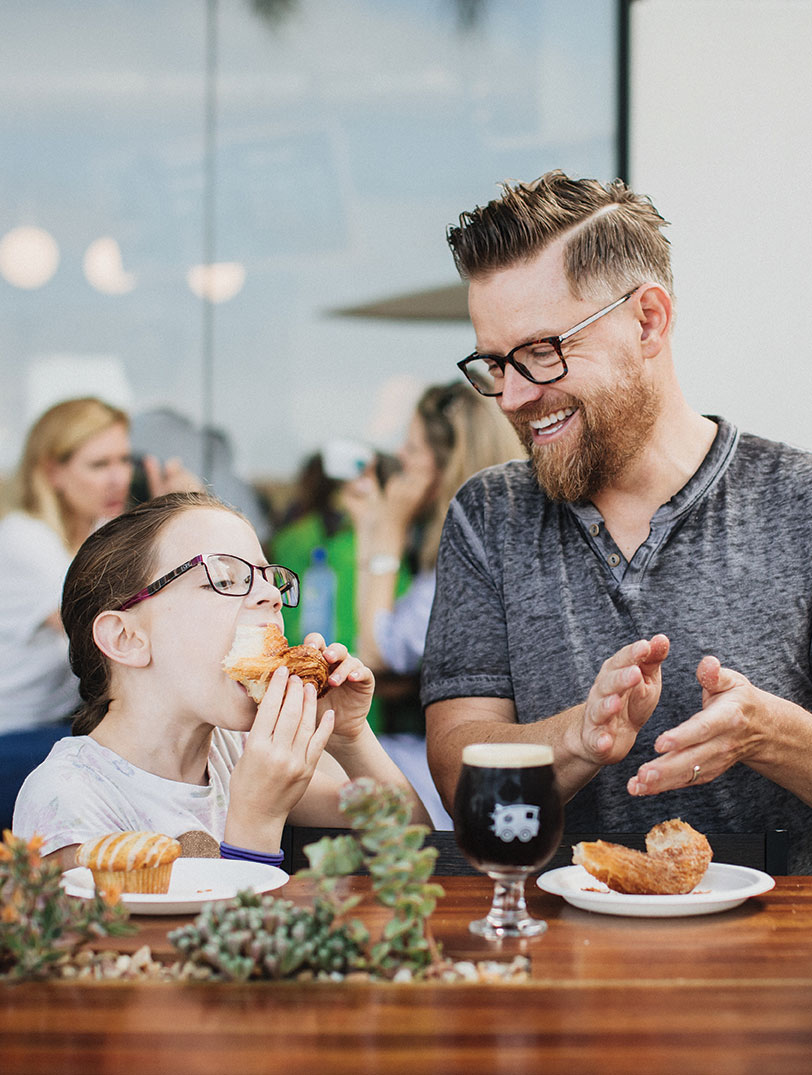 Richard splits the morning bun at Bird Rock Coffee with Riley, who clearly enjoys it.

For coffee, Richard and his 10-year-old daughter Riley (mom Jazmin and sister Embry couldn’t make it) meet me at Bird Rock Coffee Roasters in Del Mar that overlooks Torrey Pines and the lagoon. “The location in Little Italy (there’s also one in La Jolla and on Morena Boulevard) is across the street from Juniper & Ivy, so it was my first experience with local coffee when I moved to San Diego,” he says. “But this location is close to our house, and I love the view and the design.”

Menu favorites Of course the chef known for creating dishes using liquid nitrogen picks the nitro cold brew. Today, with Riley in tow, he also shares a lemon poppy seed muffin and morning bun with her. 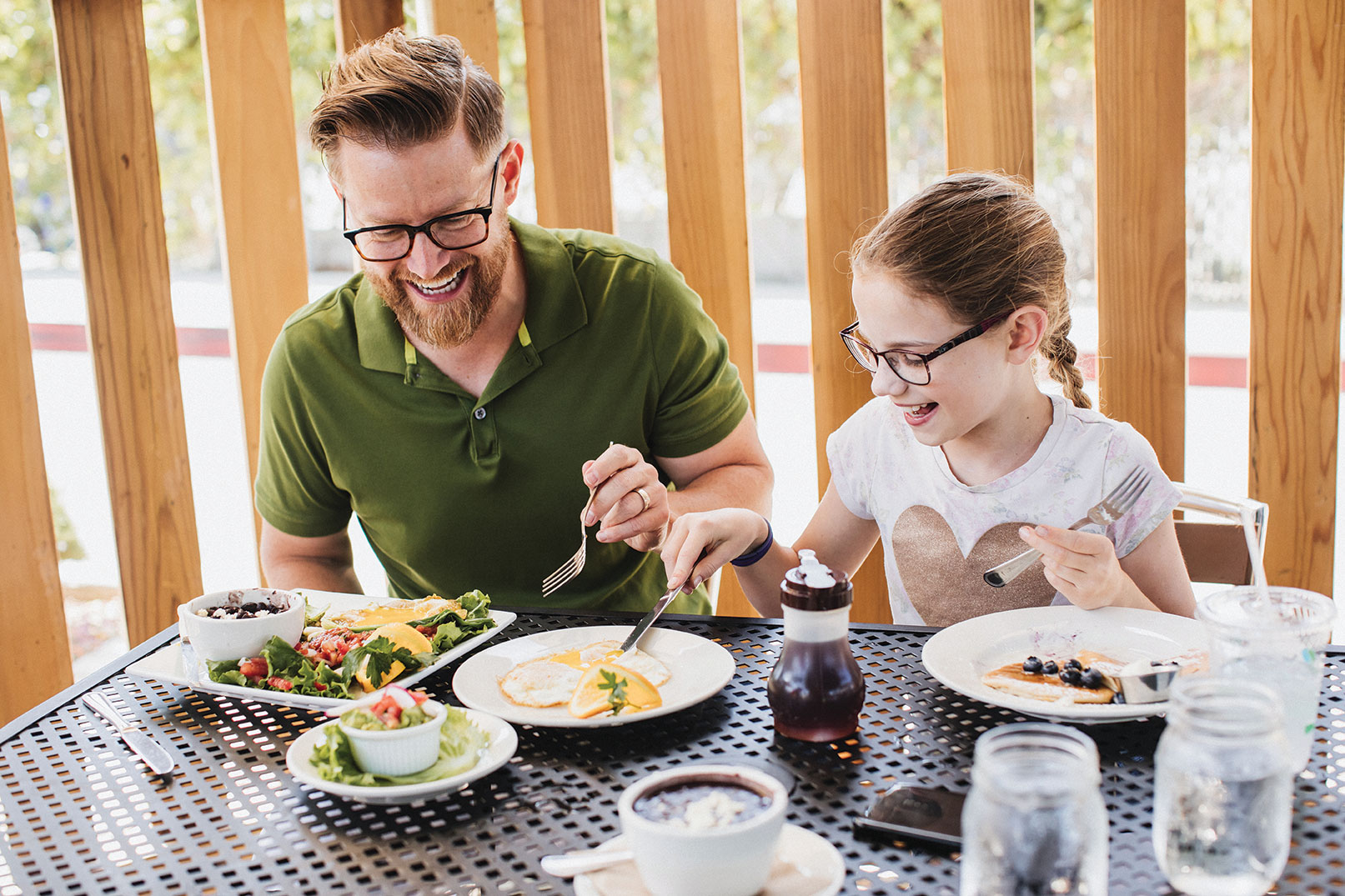 Chef Richard Blais and daughter Riley cut into the egg at Claire’s on Cedros. “Everyone loves a runny egg photo,” he jokes. 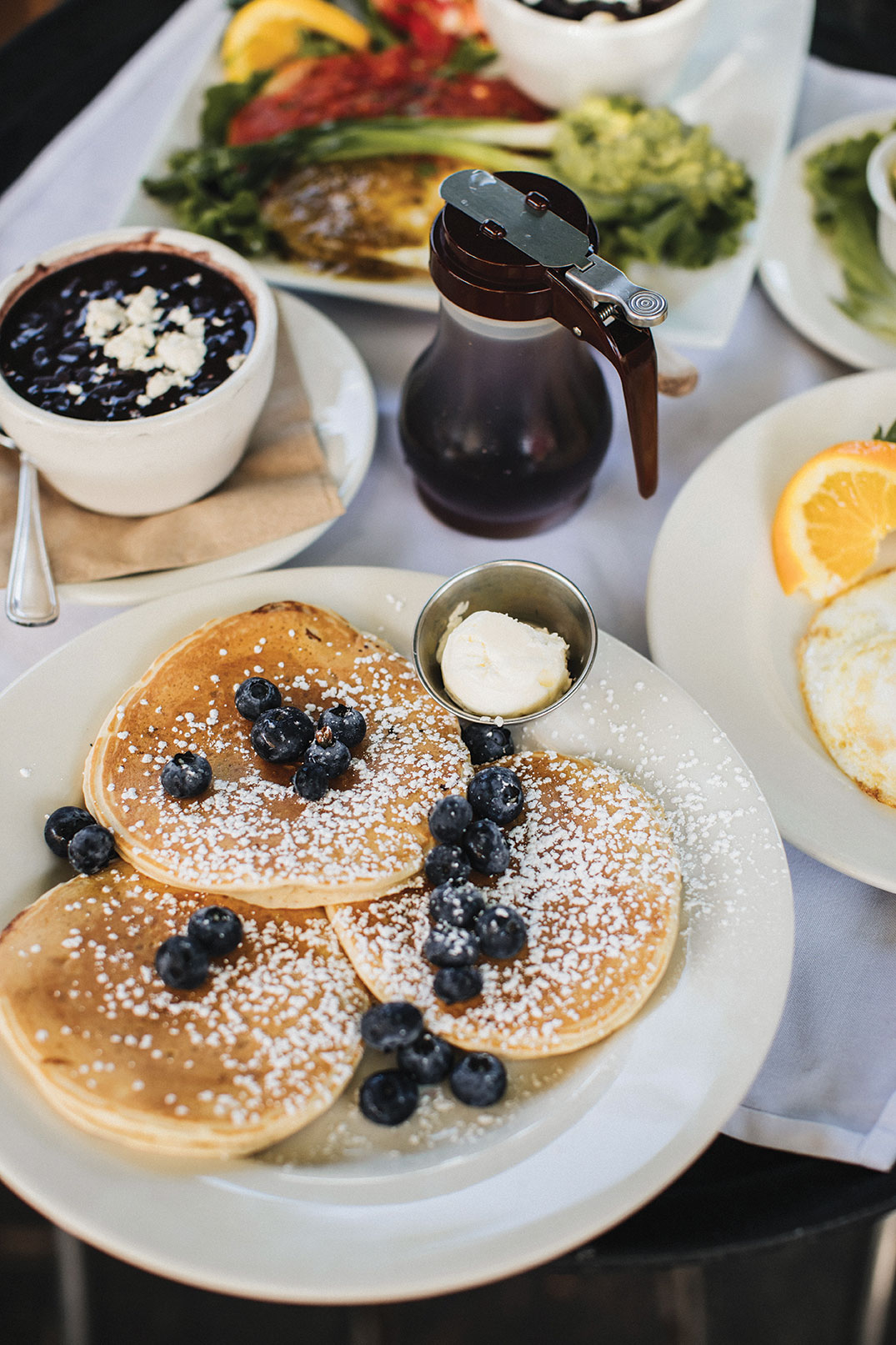 For brunch, Richard likes Claire’s on Cedros. Claire Allison, one of the co-owners, is a friend of Richard’s, and this homey establishment with DIY windchimes, fashioned from vintage kitchen tools and spoons, which Richard collects, is a favorite Sunday brunch spot for his crew.

For lunch, the native New Yorker goes to the deli counter at Mona Lisa Italian Foods (above). “It recreates New York’s Little Italy experience for me,” he says.

Menu favorites “I love the sandwiches,” Richard admits, “but I come for the authentic pickled veggies and so much more as well.” 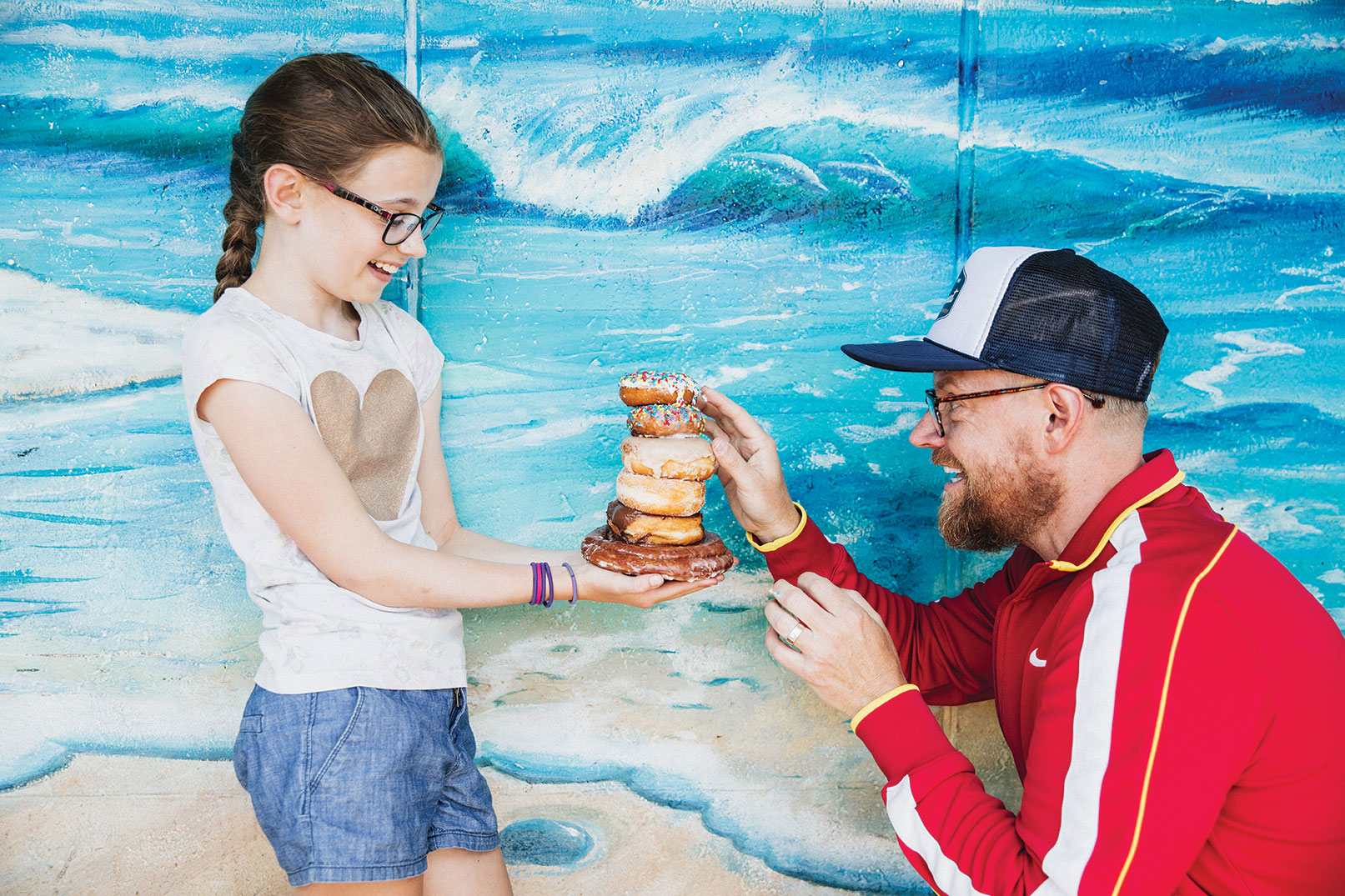 What’s more fun than Instagramming a stack of VG doughnuts?

For something sweet, and always to celebrate a birthday, the Blais family visits VG Donut & Bakery, the retro bakeshop with a line out the door all morning every morning (but it moves fast).

Menu favorites Richard’s a maple bar kind of a guy, but the rest of the family appreciates variety so today he takes some iced, sprinkled, glazed, powdered and crumbled treats to go (which he shares with us) for Jazmin and Embry.