An Encinitas community farm with roots in Jewish agricultural practices 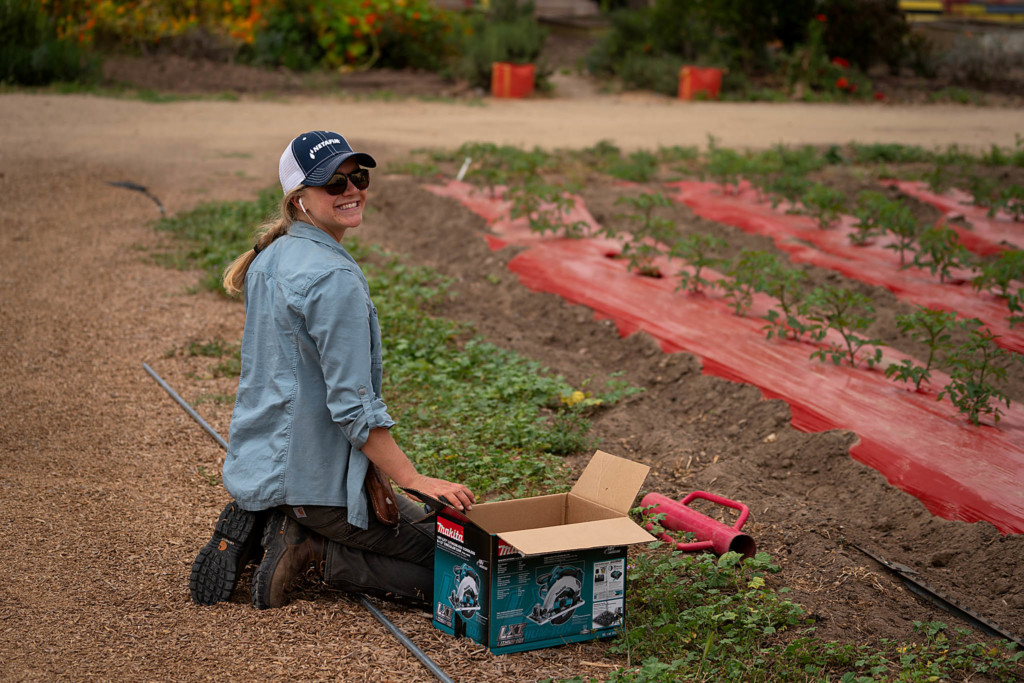 Tidy. Organized. Clean. That’s my first impression of this Encinitas property that once belonged to the Ecke family—San Diego’s poinsettia clan. In fact, one of the first buildings I see at the top of the hill was their home—a snow-white residence with friendly gray-blue shutters framing paned-glass windows. Since 2012, though, the land has been owned by the Leichtag Foundation and is now the site of Leichtag Commons where the residence acts as a venue for plays, art shows and other events.

The 2-acre veggie garden, where the vegetables seem to stand at attention in meticulous little rows, is the first area where Jessica Kort, communications manager, takes us. We’re in a 5-seater golf cart tooling around the 67-acre lot. 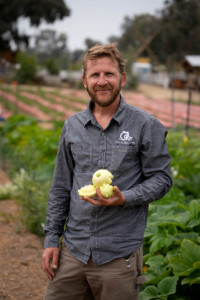 Coastal Roots Farm, a nonprofit community farm and education center that takes up about 20 acres, is one-third of The Leichtag Foundation’s vision for the property, which includes The Jewish Food Justice Fellowship, community activists who help advance projects on the commons; and The North County Hive, a collaborative space where members gather to create social, cultural and agricultural programs in North County and San Diego. Ancient Jewish traditions inspire the trio’s programs that connect people to community, food and social justice.

This morning several volunteers are awaiting instructions. “Tuesday mornings and Sunday afternoons, volunteers work in the vegetable garden,” Jessica says. “Wednesdays, they work in the food forest at the north end of the property and on Sundays they help out in the vineyard.”

Tables at the veggie garden entrance, empty today, become farm stands for selling produce on Thursdays from 2 to 6 p.m. and Sundays from 10 a.m. to 3 p.m. The goods are sold on a “pay-what-you-can” basis. There’s also truck distribution of food to nonprofit partners, like Vista Community Clinic and Camp Pendleton’s Jewish Family Service, who give produce to the needy. I guess that’s all part of the Jewish tradition of Ma’aser, a word I saw on the farm’s website having to do with reserving one-tenth of one’s agricultural produce for the poor. 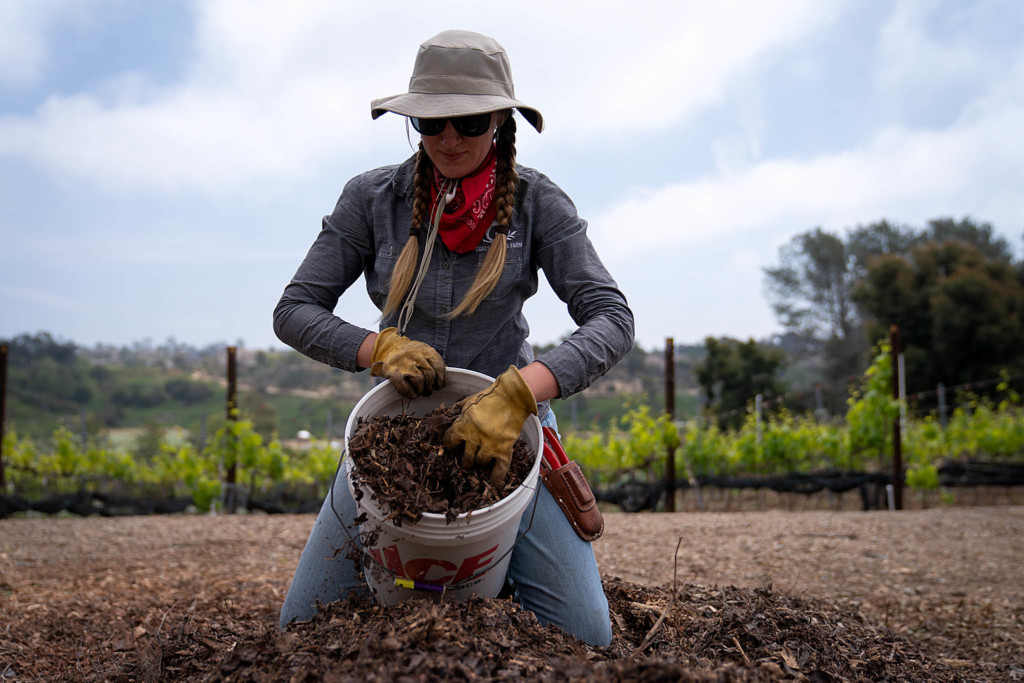 Jessica walks us over to an area she refers to as the labyrinth, a picking garden for visitors where the food is grown above ground in soil socks. “That’s part of honoring Shmittah, the natural cycles of the earth.” This part of the garden educates visitors and reminds those in the know that in the growing cycle’s seventh year, the Sabbatical year, the land rests—a pause in crop rotation.

“The labyrinth is one of the ways we connect the community to ancient Jewish farming traditions that are tied in with the calendar,” Jessica explains.

The farm also forges these connections through events such as the celebration of Shavuot, a late spring festival when the wheat ripens, and Sukkoth, a fall harvest festival. “The first Sukkoth festival we held attracted 1,000 people,” Jessica remembers, as we head off to the vineyard. “During Sukkoth, the tradition is to build and live in temporary, three-walled structures called sukkahs, which are a way to bring people to an appreciation of permanence.” The agricultural gatherings provide other educational opportunities too, like teaching the community about seasonal plantings.

We reach the 2-acre vineyard, where Katherine Favor, the vineyard coordinator, is busy spreading donated mulch onto the ground. She’s excited because this is the first year that the grapes, planted by volunteers four years ago, are being made into wine. “It’s a lesson in Orlah, the requirement to not eat fruit during the first three years after it is planted,” Katherine says, “and it helps teach us patience.” The first harvest brought in two tons, translating to 1,500 bottles of viognier, sangiovese and syrah wines made by Solterra, an urban winery based in Encinitas.

“One thousand five hundred half bottles that will be used as gifts,” Jessica is quick to point out. Another part of the tradition of Orlah, we are told, is to not make money off the first harvest—a lesson in charity, I assume.

We head off to the food forest, the last area of Coastal Roots Farm, just beyond the compost piles where compost is “aerated by perforated tubes so you don’t have to turn it,” Jessica tells us. We reach our destination, a huge square patch where apples, pomegranates, figs, strawberries and more are intermixed with trees for diverse plantings based on a woodland ecosystem. Once a year in January, the farm holds a Tu BiShvat (New Year of the Trees) Food Forest Festival that’s a fun, ecological awareness day. “There’s a pe’ah trail here, where edges are left unharvested so people can gather food themselves,” Jessica says as we head back to our cars. “The path travels from east to west and connects to community trails.”