Crepes are bursting out all over. Periodically popular in San Diego, these sizable Breton pancakes are generally folded around a savory or sweet filling and served hot from the griddle as one of the world’s ultimate comfort foods.

At the new Minou (pictured below)—the word means “kitty cat”—in the East Village, crepes dominate a menu shared with quiche, soup of the day and sandwiches filled with interesting items like French chicken salad. This gorgeous boite from Alison McGrath and John Clute, whose long-running Cafe Chloe is a block east, is so picture perfect in its decor that it seems possibly more lovely than any creperie you might find in France. The details that distinguish Chloe abound here, including carefully chosen wines, the hard ciders that are the favored beverage with crepes in France, and fancy coffees and pastries. Savory crepes (all $14) embrace such fillings as short ribs with goat cheese and a tart salad; ratatouille with Brie; and the classic combination of quality ham, Gruyere and a sunny-side-up egg. Called a “complet” (shown, facing page) throughout France, it’s good and very filling, and is happily followed by a sweet crepe (all $9) like the marvel with crunchy toasted hazelnuts, spiced pear butter and salted caramel ice cream… 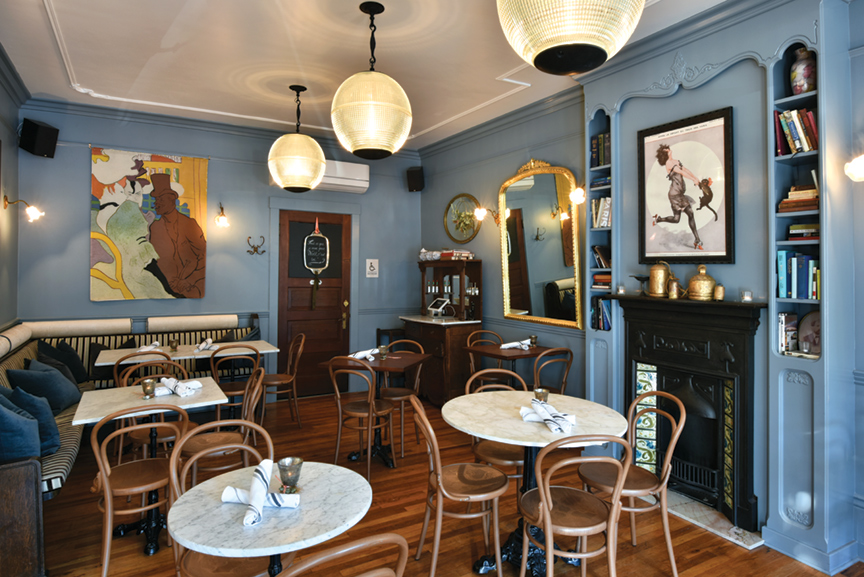 North Park’s Et Voila! French Bistro has introduced Soiree Crepes (crepe nights) on Tuesdays. The extensive menu includes a complet, with Emmental replacing Gruyere. You can have a savory crepe stuffed with blue cheese, walnuts and sliced apples; a sweet one ravishingly filled with roasted bananas and chocolate sauce; or build your own…Note that the just-introduced crepe menu at Le Parfait Paris in Point Loma’s Liberty Station adds bechamel sauce to the filling of the complet, which is typically French and quite welcome. 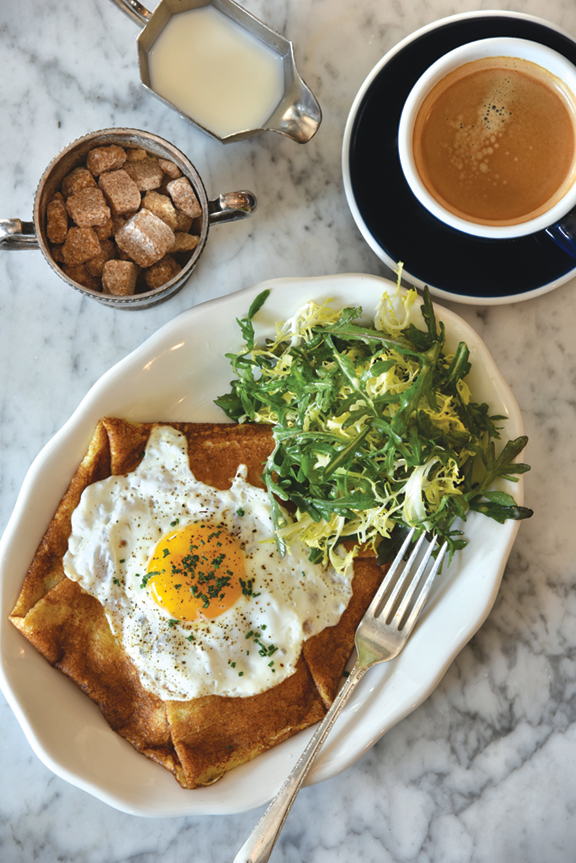 ​Minou is NOT to be confused with Monzu, the Southern Italian way of saying “Monsieur,” especially when the man in question was one of the French chefs that aristocratic families in other centuries employed to create complex Franco-Italian culinary wonders. Monzu Fresh Pasta is slated to open in the East Village this month. It’s the creation of “Slow Food” believers Aldo de Dominicis Rotondi and Serena Romano. Freshly made pastas will be served with regional sauces from Puglia, Campania and Sicily, and also will be available to cook at home….San Diego seems to have become a magnet for distinguished Italian chefs and restaurateurs. Globe-trotting Marco Maestoso, who for a while served pop-up dinners in his none-too-large New York apartment, is giving a very unusual slant to the cuisine at his new Maestoso in The Hub Hillcrest Market. The quadripartite menu focuses variously on Rome-style pizzas, made-to-order pastas, attractive entrees like pork tenderloin in dark cherry sauce and of-the-moment creations that chefs will suggest to diners at the table. 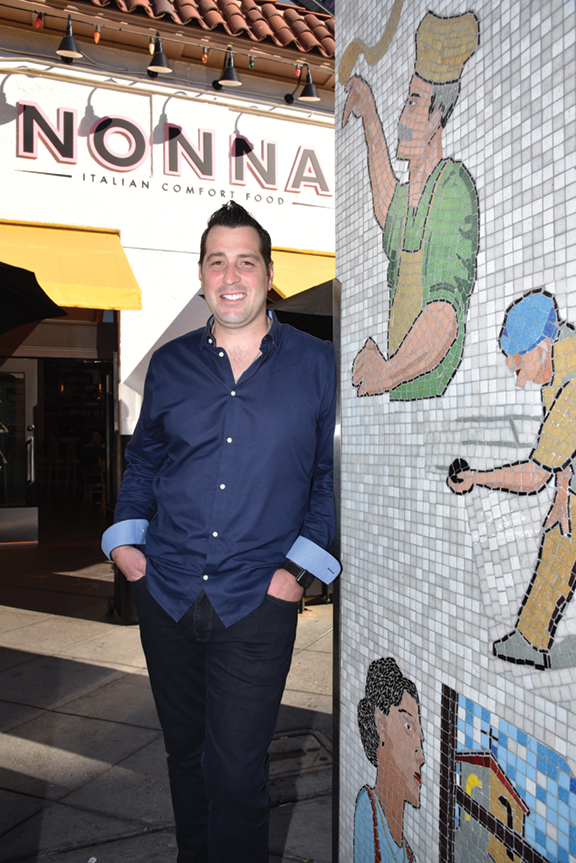 When you’ve been in the local restaurant biz as long as Joe Busalacchi and his extensive family, you know what sells, especially the Italian dishes that San Diego diners reliably order. So for the menu at their new Nonna in Little Italy, a handsome makeover of the former Caffe Zucchero, the family borrowed a trick from Patrick Fleming, whose PF Chang menus offer a top-40 selection of American-Chinese preparations. At Nonna you’ll find such faves as bruschetta, calamari fritti, eggplant parmigiana, bucatini carbonara and veal Marsala, along with pizzas baked in a stone oven and some elegant daily specials. The concept is Italian comfort food, specifically as prepared by Nonna, or Grandma, who pretty much, by law, is requited to be an excellent and inexhaustible cook. Apart from treats like rigatoni palermitana (pasta tubes tossed with sausage chunks, olives, tomatoes, capers and Calabrian chiles) and fine sweets from the pastry counter, Nonna offers a low-key but upscale space hung with a sextet of lacy chandeliers and some whirling, very artsy ceiling fans. A bar with just one television set framed by shelves of wine bottles is an island of hospitality opposite the glassed-in kitchen. Second-generation restaurateur Vince Busalacchi (above) keeps his eye on it all, including the thoughtful service.

The homey menus at Lorna’s Italian Kitchen reference neither Nonna nor comfort food, but since 1988 have made this University City stand-by so popular that prime-time lines are to be expected. After a decade away, this writer headed with a neighborhood friend for a meal as generous and flavorful as we remembered. Many dishes are different from those found elsewhere, specials abound and the meatballs are plump globes of paradise.