In Tune With Cellos

When Guido Nistro leaves the farmers market with multiple bags of citrus, people ask him what he’s going to do with all that fruit. “I have my plans,” he replies. Back in “the laboratory,” the co-owner of Little Italy restaurants Bencotto and Monello gives way to his heritage, having grown up in Milan, where homemade limoncello is akin to making pasta from scratch. “It’s in line with the family style of doing things,” Guido says, noting that the Italian season for fresh lemons “gets hectic with all this action around family and friends.” Additionally, it’s common for Italian restaurants to serve patrons limoncello at the end of the meal. “It is an amazing digestif,” Guido says, emphasizing that the lemon-based liqueur is meant to be sipped and limited to one small glass. “It is not about drinking; it is about completing the whole experience of the meal.” Bencotto and Monello serve limoncello in a chilled glass as an after-dinner drink, but also use it in cocktails such as Gin-Gin (limoncello, fresh ginger, gin, peach juice and Angostura Bitters).

To make limoncello, Guido infuses Everclear neutral spirits with the zest of organic lemons (Sorrento lemons or, when those aren’t available, Meyer lemons). “You have to peel with care,” he notes, so that no bitter pith gets into the mix. “It needs a lot of love — love and care. And then you have to play with the time factor. The infusion should last at least a couple of weeks. I let mine rest for 40 days.” If Guido sees a farmers market vendor with a fresh crop of grapefruits, tangerines, or mangoes, he makes a different version of cello, though the concepts are the same: zest-infused Everclear finished with simple syrup. For those who want to make their own cello, Guido offers this tip: The best moment for citrus zest comes before the best moment for citrus juice: when the fruit is on the verge of ultimate ripeness, “‘especially with tangerines, which should be orange but still have some green,” he says. Cellos will keep; but at Bencotto and Monello, storage is a moot point, because “it doesn’t last long enough to worry about,” Guido says. “Sometimes we run out. That’s a disappointment for us and for customers, but it sends a message of freshness and authenticity.” Another Italian restaurant, Catania in La Jolla, also makes its own limoncello — zesting Meyer lemons and then letting them sit with Everclear, reverse-osmosis water and lemon simple syrup (made with the juice from the zested lemons) for one to three months in the refrigerator. “Most people are usually scared that the limoncello will be too sweet because they have prior experiences with mass-produced limoncello that has many artificial ingredients,” Bar Manager Cesar Sandoval says. “We make about eight gallons a month, especially because we have limoncello tiramisu on the menu.”Little Italy’s Barbusa makes limoncello and orange-flavored arancello. “I try to source Moro blood oranges for arancello,” Bar Manager Wendy McGlinnen says. “I find that the tartness of the fruit accents the higher proof of Everclear and highlights the raspberry character that makes this variety so special. For limoncello, I mix lemon varieties, including Meyer when in season. The clean base of premium, 100-proof vodka lets the simple elegance of floral lemons shine.” 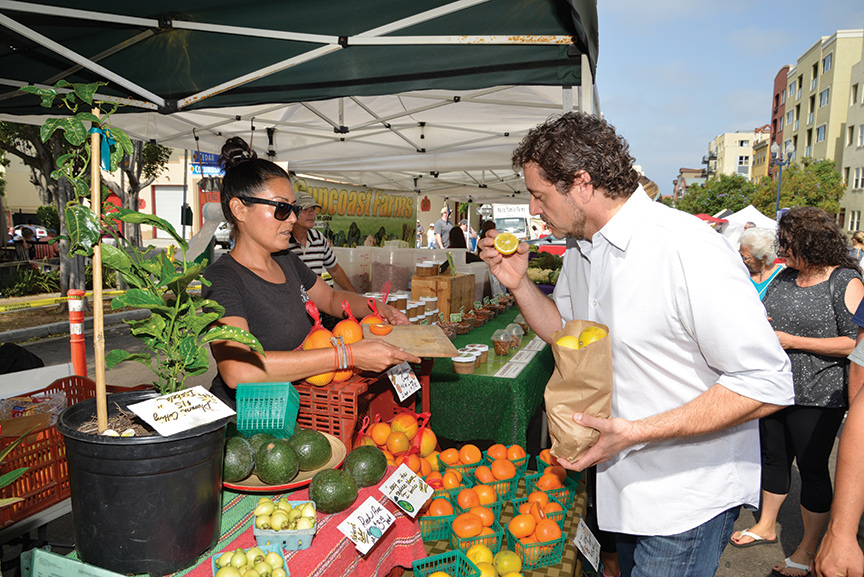 During the monthlong maceration, she gives them a good shake every couple of days. At the end of 30 days, she adds superfine sugar to taste. Cusp Dining & Drinks, also in La Jolla, uses its house-made limoncello for a drink called Lemon My Mango-Cello, which also includes Licor 43 vanilla-citrus liqueur, a dash of orange bitters and fresh mango sorbet. “The intense lemon flavor is smoothed out by vanilla, leaving you with a tart and fruity sipper with a creamy mango finish,” says Demian Carpenter, food and beverage director. Savoie in Chula Vista uses purchased limoncello, orangecello and raspicello in cocktails. The Raspicello Dream, for exam-ple, includes Absolut Mandarin, raspicello, simple syrup, lemon or lime juice, Sprite and soda water. Flour & Barley in The Headquarters at Seaport makes three cello flavors in-house: citrus, which is mostly lemon (using whatever variety is in season), but also includes lime and orange zest; pomegranate (infusing neutral spirits with the arils and juice); and watermelon (puréed and then strained at the end of aging). General Manager Diego Perez likes to let the fruit rest in neutral spirits for two weeks. Although limoncello is traditionally served after dinner in Italy, Flour & Barley customers also sip it before dinner. The most popular option on the menu of flavors is a flight of the three 1.5-ounce servings in cordial glasses. “Often two or three people order the flight, because they want to try all of them,” Diego says.