Explore a world of styles with this favored fall flavor

Around most of the country, when the calendar turns to October, people begin to rave about crisp air and crunchy, colorful leaves. Here in San Diego, the 10th month often delivers some of our toastiest temperatures. In those conditions, the cliché of spiced, mulled apple juice simply won’t do. But we don’t have to be left out of celebrating a signature fall flavor. Hard apple cider is refreshing. Given the wide variety of styles, you’re sure to find a toast-worthy version.“Cider is a neat drink with a lot of his-tory,” says Neil Kennedy, head cidermaker at T urquoise Barn Cider in Ramona. “ It's a drink that mostly went away because of Prohibition.” 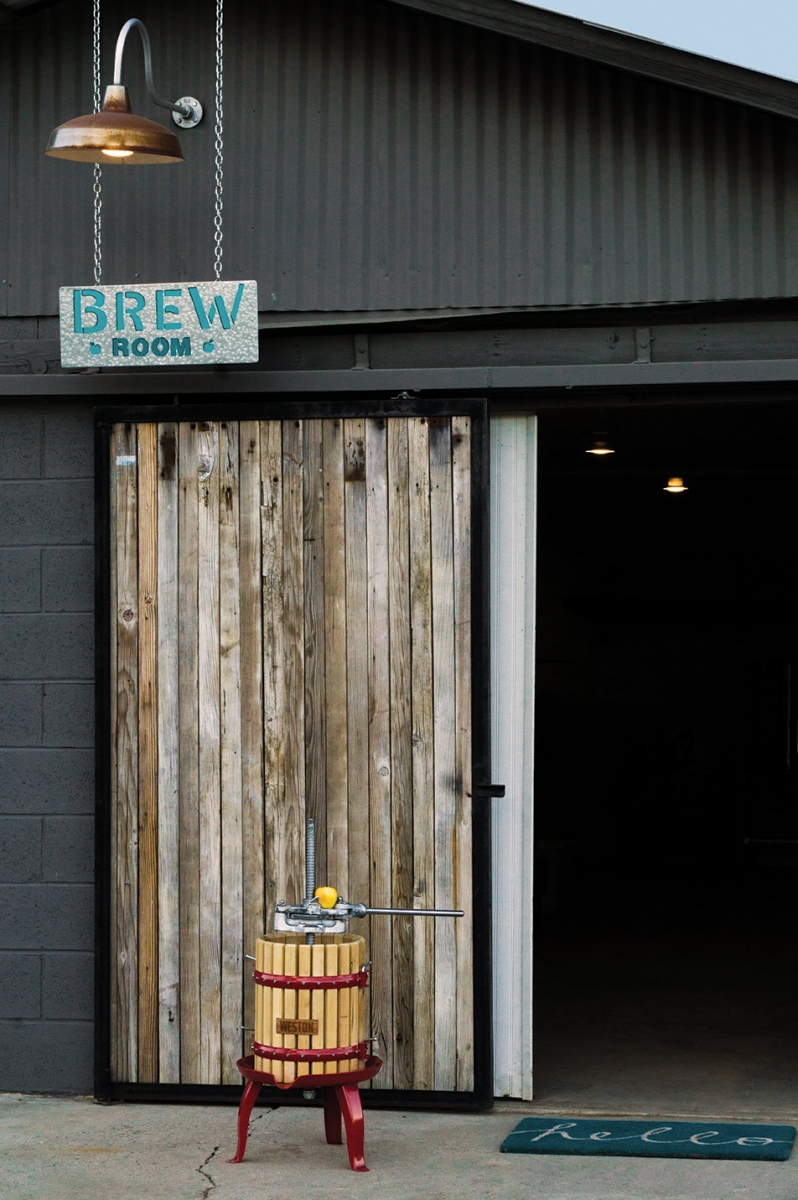 Fermented fruit juice was a trustworthy source of hydration for millennia, as alco-hol killed off microbes in water that made people sick. Some of the earliest European settlers along the East Coast ferried apple trees across the Atlantic Ocean, just to be on the safe side when they got to their strange new home. Along with ales, cider was a popular drink in what became the young republic.
When Prohibition took effect in the early 20th century, orchards of bitter, tannic cider apples were hacked down. By the time Prohibition was repealed, beer and spirits had soared in popularity. The past decade has been ripe for cider revival, however. The rise of craft beers and the associated disposition toward experimentation have diversified palates, paving the way for buzz about new flavors. For a couple of years at least, meteoric growth in the tiny cider market outpaced craft beer. Cider is brewed in apple-growing regions around the globe — in Japan, South America, the United States and, especially, in France, England and Spain. North America is the only place where fermented, bubbly apple juice is called “hard” cider, as opposed to sweet, alcohol-free “soft” cider (such as Martinelli’s). Everywhere else, “cider” refers to the apple beverage with alcohol levels usually running between 4 and 8 percent. Cider is the ultimate in “everything old is new again.” Many smaller, regional producers have compelling backstories that recall a romanticized, agrarian past. At the same time, cider is right on trend for some people with dietary concerns. The apple base means it is naturally gluten-free. 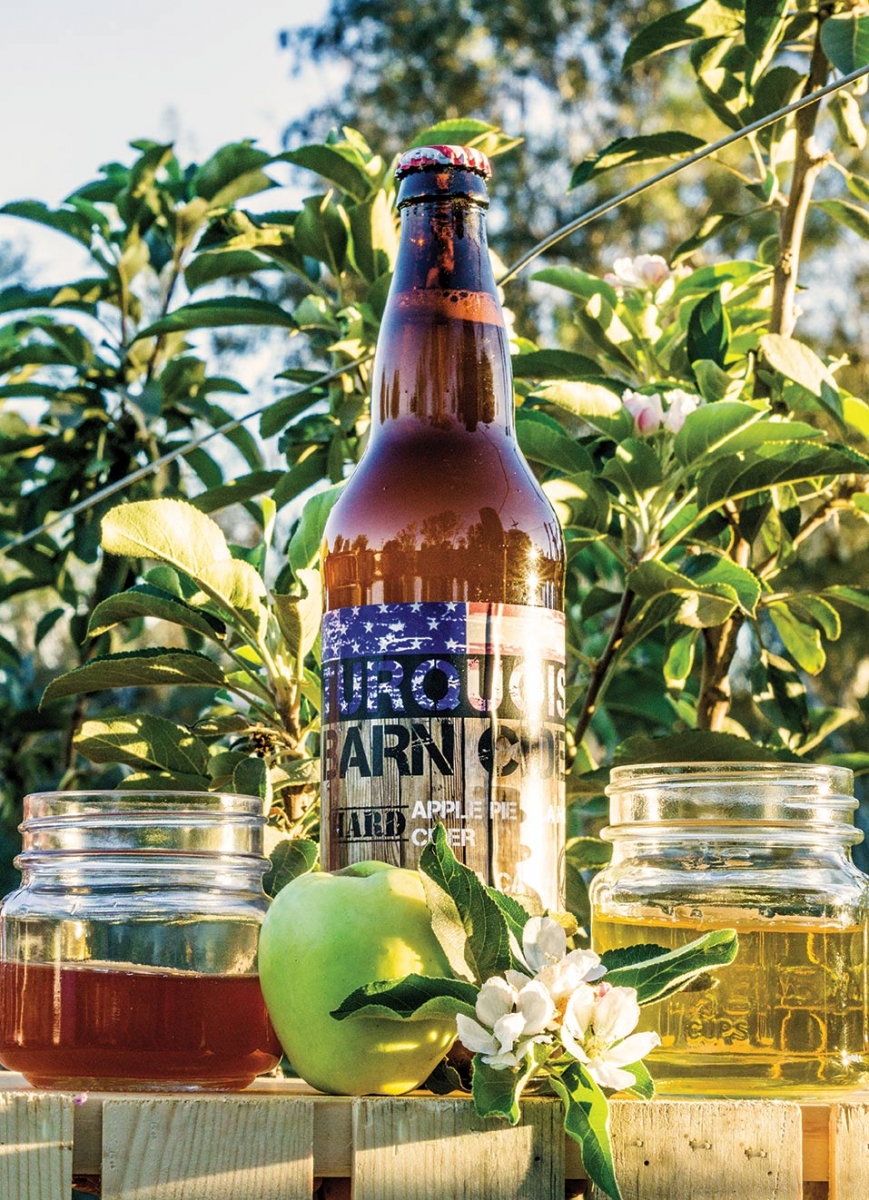 Traditionally, cider is made from fruit that looks and tastes more like crabapples than the Galas and McIntoshes we know from the supermarket produce section. These hundreds of heirloom varieties feature whimsical names that call to mind people and places, such as Ashton Bitter, Burford’s Red flesh and Nelson County Crab. Producers may make cider in a single house style or in a variety of flavors. Some-times, so-called “dessert” apples like Granny Smith are thrown into the mix for balance.
Other cideries craft a sweeter house style that is easy-drinking and a ready alternative for those who dislike beer. Angry Orchard and Woodchuck ciders — by volume the most popular brands in the United States — tend toward the sweeter side, as do many versions made by giant beer conglomerates, such as Smith & Forge, Crispin and Johnny Appleseed.
By manipulating the yeast-driven fermentation, cider makers can steer even high-sugar juice toward a tangy style, often with higher alcohol percentages. Dry styles are gaining in popularity with many people who have explored craft beers; and bone-dry ciders can offer mouth-puckering qualities to match the driest, mineral-tasting white wines. “Farmhouse” styles might be unfiltered, with yeast sediment imparting a funky, barnyard note. Dry styles are popular in the north-eastern United States, where dozens of regional cideries take advantage of the climate, latitude and topography that match much of apple-growing northern Europe. Yet it shouldn’t come as a surprise that the West Coast more than holds its own. Long a worldwide exporter of sweet apples, the Pacific Northwest boasts a regional cider association. California also is tapping into its agricultural bounty, and more cideries open every year. Some of the biggest craft producers in the Golden State — Ace, Cider Brothers, Hard Pressed and Sonoma Cider — are centered around the Bay Area wine country. There, producers bottle flavors that are distinctive to the West Coast (think citrus and prickly pear).
“I started playing with incorporating other juices — especially pomegranate, which is so prevalent here,” Neil says.
Several companies are on a mission to increase cider associated with San Diego County, though higher-volume brands frequently purchase fruit from farther afield to make more juice. Julian Hard Cider has one of the most recognizable names in this area, capitalizing on the mountain city’s reputation for apple abundance. Calico Cidery pledges to use only fruit from Julian and make the cider in town. T urquoise Barn Cider is a family-run operation bottling out of a turquoise barn in Ramona. Supermarkets with solid beer selections usually have several cider options, espe-cially those from Angry Orchard, whose distribution piggybacks on that of its older sibling, Sam Adams beer. Local ciders can be trickier to track down. If you’re not looking for a particular type, head to a specialty wine and spirits shop. “Find a really good, diverse liquor store and start pulling things off the shelf,” Neil recommends. “Knowledgeable employees can guide you.”
These shops often stock small-batch producers from around the country, as well as ciders from England, Germany, France and Spain. San Diego watering holes as diverse as Tiger! Tiger! and Shakespeare Pub & Grille offer ciders on draft. Taste a few to find out your cider style. Cider is best enjoyed chilled, whether fresh from the tap or poured from a frosty bottle. Raise a glass in toast to fall.