The Pathway to Revival 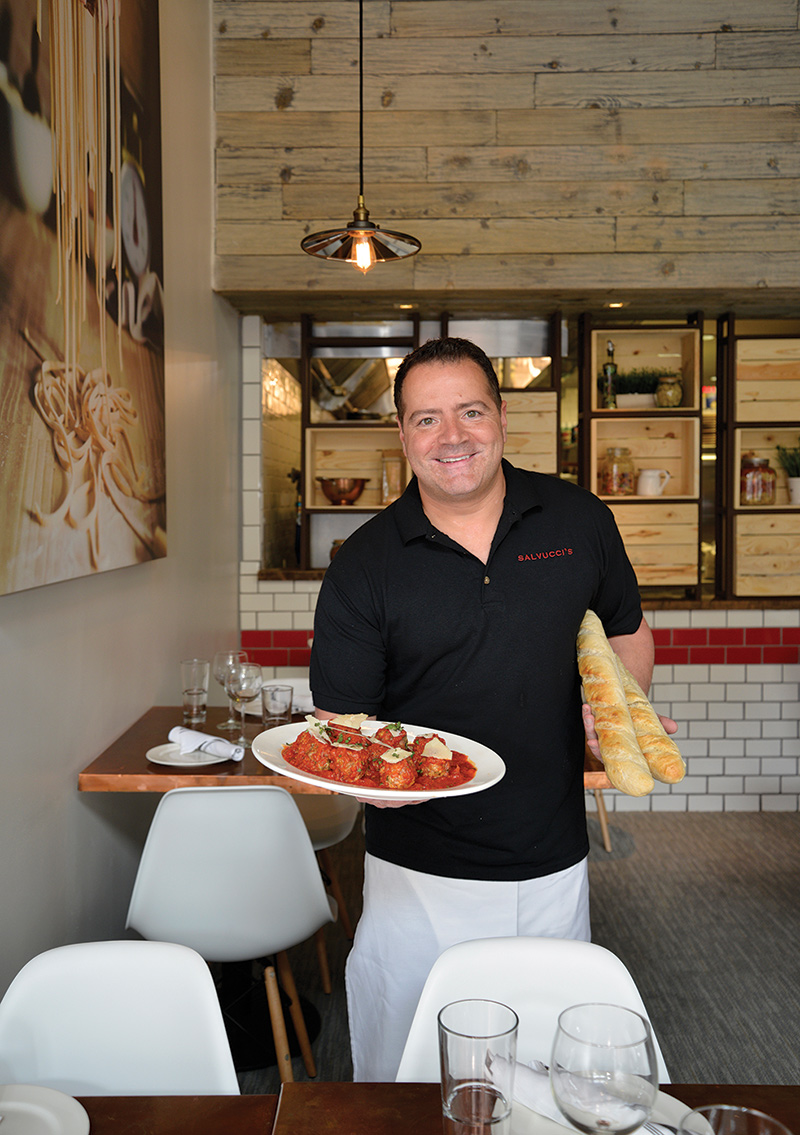 This may become the year of the French Restoration, given uptown openings of Parc Bistro-Brasserie and Et Voilà! French Bistro. Good news for devotees of dishes like soupe à l’oignon gratinée (cheese-topped onion soup), salade Lyonnaise (a delight of bitter frisée with bacon and a poached egg) and upscale steak-frites, which are available at both restaurants. Former Cusp Chef Donald Lockhart roasts very Parisian chickens for two on T uesdays at Parc in the former Croce’s West space on Fifth Avenue. Up on Adams Avenue near 30th Street, Et Voilà Chef Vincent Viale makes a specialty of piquant, Grenoble-style, roasted Mediterranean sea bass nightly.

EAST VILLAGE POSITIVELY percolates with news these days, some of it simply fun. Fabrice Poigin, the athletic French chef whose prowess in the kitchen always amazes, set off a scramble for his position at Water Grill when he told management that he couldn’t take another season of Comic-Con International and would depart before the week of luxe parties hosted by Hollywood’s hottest. One could take this as an impressive act of honesty by a member of a fraternity (French chefs) known for devout workaholism.

EVEN DEEPER INTO EAST VILLAGE, in a space by the ballpark formerly occupied by a place called Común, the new Salvucci’s aims to do what generations of local Italian restaurants (Filippi’s, Pernicano’s, et al.) have not: to serve the distinctive Italian-American cuisine developed over many decades by East Coast families. It is mom-driven cooking, and at its center are huge pots of tomato sauce laden with various meats that traditionally simmer on Saturday afternoons. In Boston (and elsewhere), this is the sauce served on weekly Prince Spaghetti Days, otherwise known as Wednesdays. At Salvucci’s, the flavors are drawn from preparations that co-owner Mike Georgopoulos’ great-grandparents brought from Italy in the 1930s. 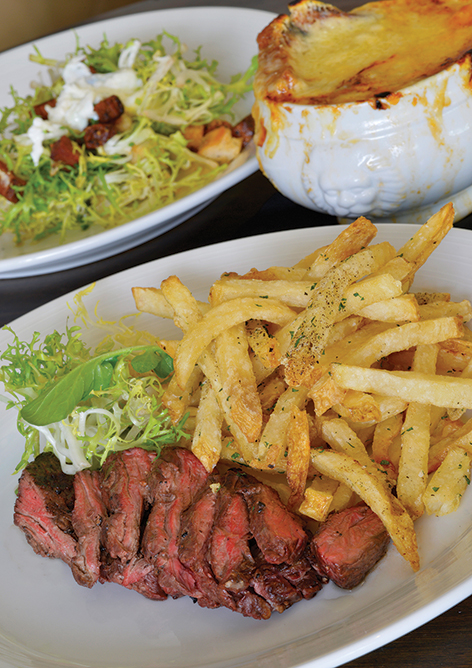 A FIRM BELIEVER in the virtues of a good walk, this writer takes at least one lengthy hike daily, often around San Diego’s increasingly diverting downtown. Temptation arises when the diversions include places like Devil’s Dozen Donuts, an annex to Little Italy’s Kettner Exchange restaurant. The delish delights of KEX Chef Brian Redzikowski are pastel wonders that glow in the tiny shop’s window: vividly frosted rounds of deep-fried ecstasy fla-vored with vanilla beans, Nutella, chocolate, Mexican-style tres leches and so forth. This passerby concluded that a bag of four doughnut holes (50 cents each) would not unduly damage a carefully curated waistline. However, the donista devilishly tossed six in the bag. Coated in cinnamon-sugar, they disappeared in a hurry.

THE STROLL CONTINUED around a few corners to the Embarcadero, where among the wonders of the San Diego waterfront is an artsy structure with a roof that spreads like wings, essentially a sculpture with space for an enclosed kitchen. Located in growing North Embarcadero Park near the foot of Broadway Pier, the site also encompasses more than 9,000 square feet of open space, exclusively occupied by the third and most impressive location of the city’s homegrown Carnitas’ Snack Shack (named for proprietors Hanis Cavin and Sara Stroud’s pet pig). Seating on both sides of the kitchen includes a full-service bar, and servers are as efficient as the breezes scooting in from the bay. The feisty winds can chill a sizzling Snack Shack BLT (with ham and aioli) on brioche in an instant, if perhaps not in this season. Besides the porky plates that make the restaurant popular, there are new offerings like fish tacos and a crispy chicken sandwich, both garnished in Carnitas’ distinctive style, which is emphasized by tiny cubes of “bacon whiskey truffle crumble” that optionally top cups of soft-serve ice cream.

ANOTHER HOMEGROWN GROUP that operates primarily in downtown, Consortium Holdings, never is afraid to dive into opportunities that seem well outside the restaurant universe. One of these is The Dover Honing Co., an East Village barbershop (tonsorial topicality is dear to millennial men) near Consortium’s original eatery, Neighborhood. What makes the shop nota-ble is the Notice of Application to serve alcoholic beverages posted in the window. There was a time when men kept a personal coffee cup at the neighborhood barber. The proposed tipple, like East Village itself, is a whole new take on an old topic.