wo street drains. When it rains, water thunders in, tumbling over rocks and soaking the ground. “There’s a national-park feeling to it,” he says, playing a video of a winter storm’s deluge. “And it creates my own private aquifer.”
A streetside entry garden edged with a tall, curved wall helped seclude the property as Chris undertook a second labor-intensive job: terracing the can-yon with dry-stacked, broken concrete walls.

“My poor SUV hauled hun-dreds of tons from all over,” he says of the free discards he acquired as needed. “The walls became a design element, like a geological feature, that undulates and seems to emerge and then disappear into the ground.” 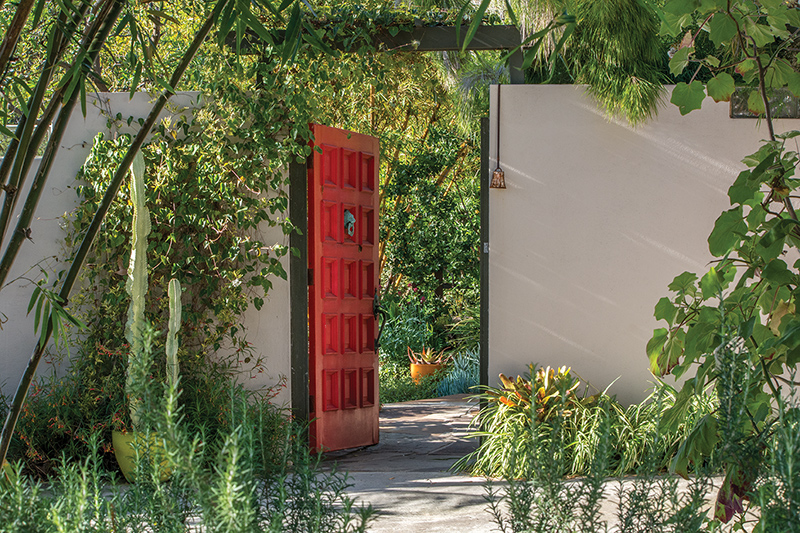 Cameron flagstone decks, stairs and paths were added, spiraling down and up the canyon and connecting with a bridge across the streambed. Seating installed along the way creates enticing destinations for enjoying the layered garden’s embrace. Time and necessity altered Chris’ original plan for a tropical garden inspired by a childhood sojourn in the Philippines and travel adventures in Asia, South America and other exotic parts of the globe.   “I discovered one side of the canyon was hotter and drier than the other,” he says. “The garden became a lab for what works and what doesn’t.”

Plants were added through-out construction, including some rescued from job sites, like a client’s rare painted bamboo. 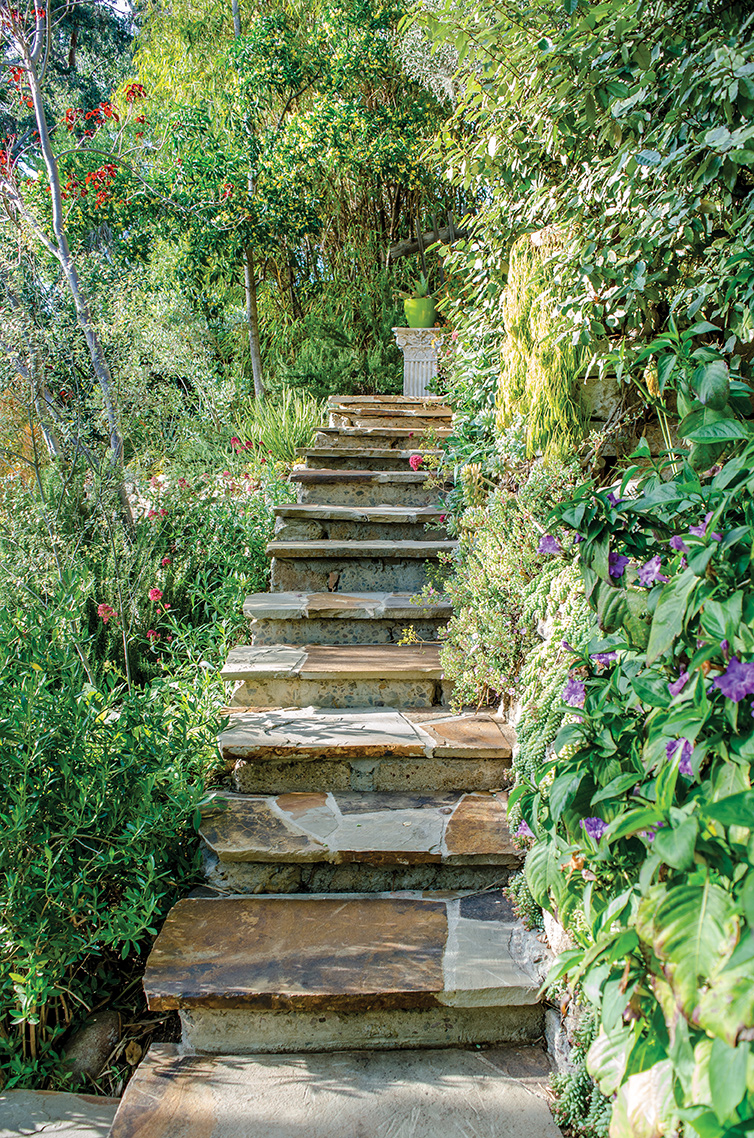 “I spent a weekend with a pickax digging up three clumps,” Chris says of the towering stand that today secludes a deck with a sunken tub outside the master bedroom. “For me, recycling is a happy marriage of ecology and budget.” While Chris planted an eclec-tic mix, from California natives to Mediterranean classics, the pairings are artful, often with an Asian sensibility. 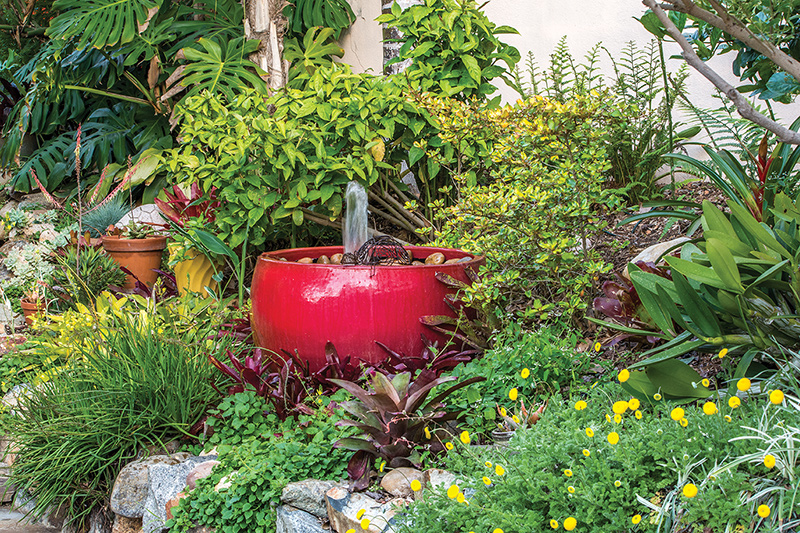 “It’s all about textures and colors of foliage and drifts and shapes,” he says. “There’s con-trol, but the look is naturalistic.”

The ravine bottom holds shade lovers, including sword ferns and an Oregon grape that recall his youth in Northern California. Walls are a backdrop for showy shrubs and “vertical gardens” that cascade from beds above. T rees planted years ago, including a striking, purple-flowered empress tree, add a lacy canopy. Accents, often in Chris’ favorite red, include gifts from friends and travel finds like a grave sentinel from South Sudan, a carved waterspout and window coverings from India. A red door with an iron lion knocker was salvaged from a Rancho Santa Fe remodel, while a red table and chairs on a side patio are garage sale finds.

Chris shares his urban oasis with his neighbors. One regular often harvests bamboo shoots for stir-fries. With company or alone, the garden has become Chris’ favorite destination.

“Almost every morning, I grab a cup of coffee and my clippers and head down a path,” he says. 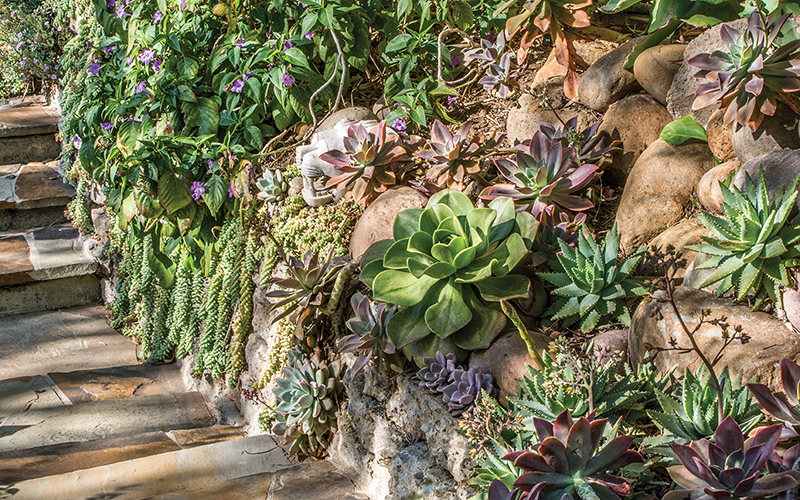