Stars of San Diego: Jill Courtemanche – Ahead of the Curve 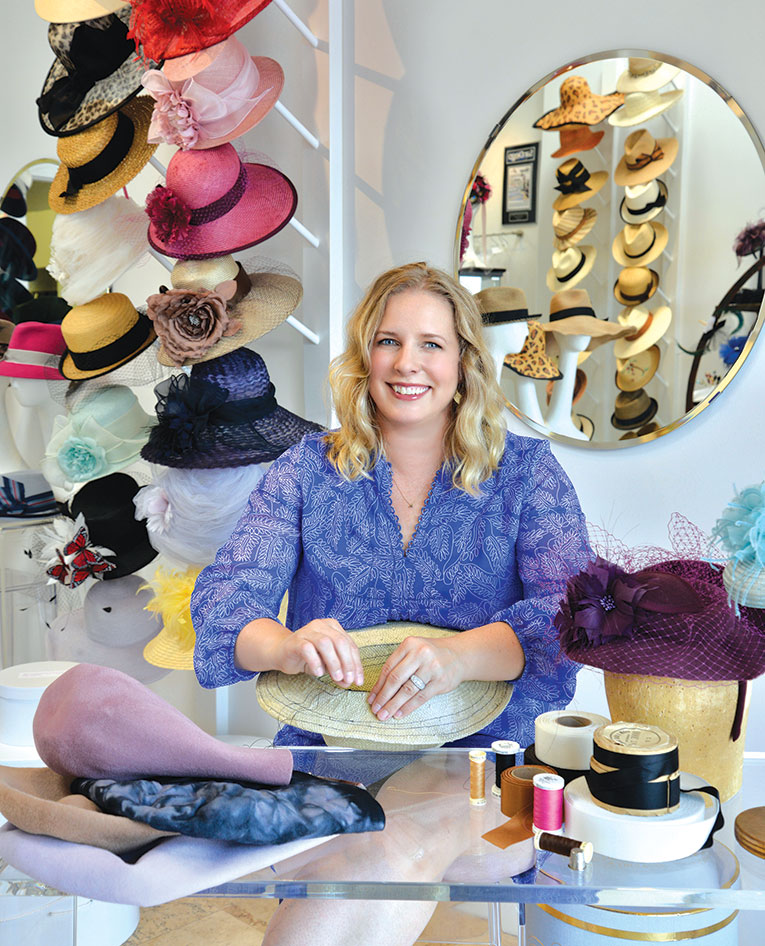 If you’re looking for another conspiracy theory involving President John Kennedy, add this one to the pile: JFK killed the hat. Along with a loosening of life-styles and the rise of big hair, Kennedy’s choice of not wearing a hat sounded the death knell for headwear as an everyday fashion accessory for men, milliner Jill Courtemanche says.

And if anyone should know, it’s Jill. For more than 20 years, she has produced more fabulous hats than Bartholomew Cubbins. In 2012, she opened her own studio and store on Cedros Avenue in Solana Beach.

Thanks to the three Rs of tastemaking (rockers, rappers and royals), hats are enjoying a moment in the sun not seen since the glory days when Bogie and Bacall were rocking snazzy brims. Jill is right at the forefront of this heady revolution with her custom-made and limited-edition designs, as well as her monthly classes for DIYers. 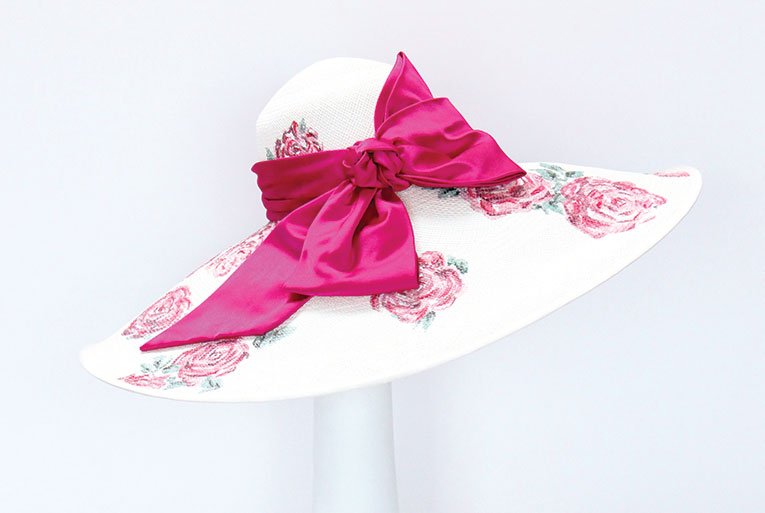 “Our parents’ generation just didn’t wear hats,” she says. A 20-year-old, a 25-year-old is much more accustomed to hats. It’ll be their parents who say, ‘Oh, nobody wears hats.’”

When she took a millinery class in college at New York City’s Fashion Institute of Technology, Jill knew that she had found her calling.

“A hat can set the entire tone of your outfit, so you can be a hipster in your fedora and your jeans, but you can very easily become Annie Hall in a boater,” she says. “When you’re choosing your fashion, it’s very personal and it’s very electric.”

Millinery has remained basically the same over the centuries, Jill says. But materials have changed or disappeared, leading her to undertake foraging missions around the world — from New York to Paris, Berlin and Florence — to stock up on hard-to-find supplies.

“I enjoy doing things the old-fashioned way,” she says. “I’m always seeking out and trying to find vintage materials and hoarding them away.” 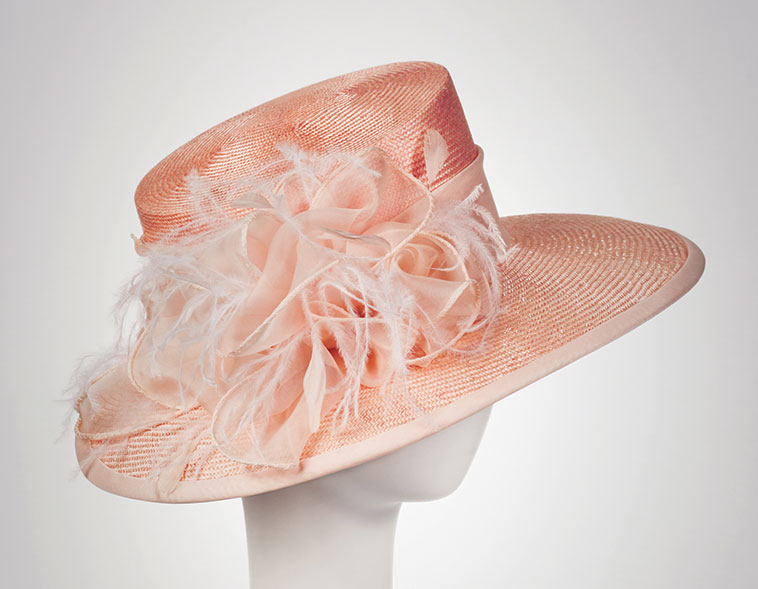 Her work (which has graced the likes of Donna Versace and Yoko Ono) bridges styles and eras and includes elegant bridal headpieces and veils; elaborate fascinators; and head-turning chapeaus perfect for a day at Ascot, Churchill Downs or Del Mar Racetrack.

Jill pays attention to men as well, with a collection of trilbies and flat caps, as well as a line of bow ties. (Hers come with a snap in back, meaning it only has to be knotted the first time and then you’re good to go.)

“There are a hundred different hats that are right for the shape of your face,” she says, “but there is going to be one that you put on and you’ll stand up a little taller. And that’s really the hat for you, because you feel good in it.”