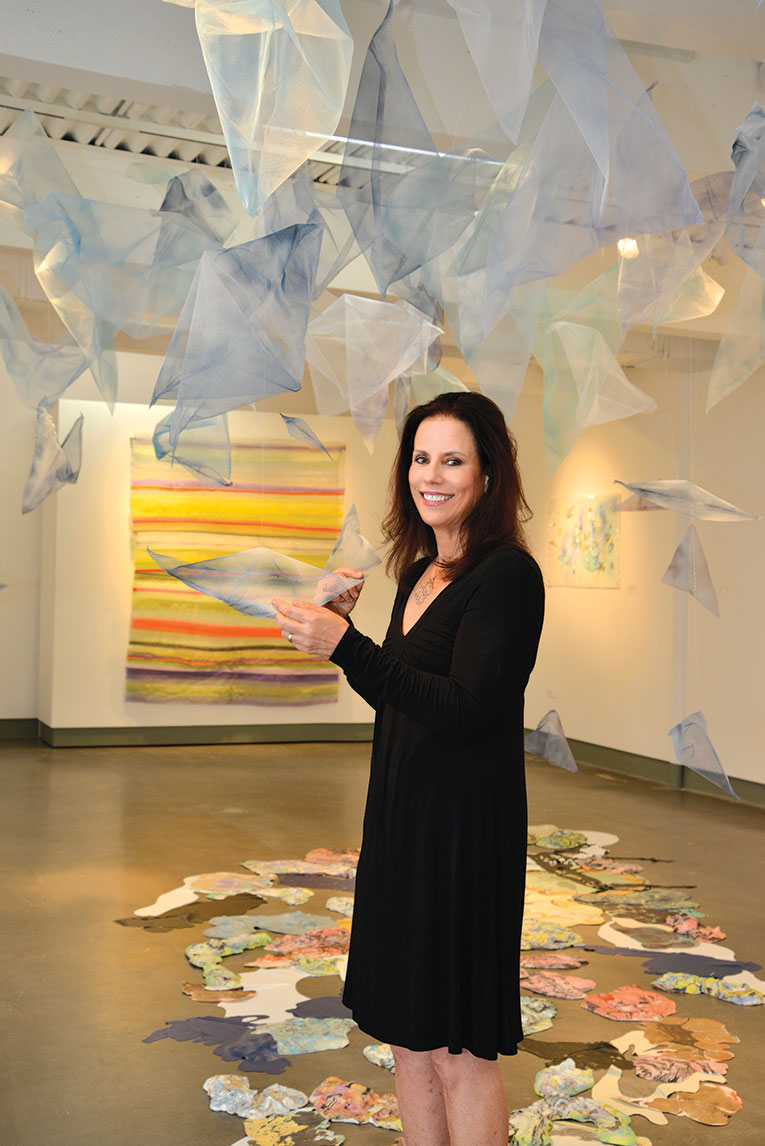 Pockets of mesh-surrounded air float at the ends of nearly invisible fishing line. Translucent sheets of plastic provide the background for bubble- and cosmos-inspired imagery. Diaphanous panels float in time with slight movements of air, casting soft shadows on the wall. Circular and amoeba-like pools of fabric rest gently on the floor.

Cathy Breslaw’s art con-sumes the San Diego Mesa College Art Gallery — while not consuming it. It is, like the title of one of her works, the lightness of being.

“I am interested in cosmology and the idea of what’s around us that is invisible,” she says. “A lot of my thinking is about the ephemeral — that life is fragile and fleeting, and I think that combines with the idea of space.

“I use the floor, wall and ceiling to create an immersive environment. Art is not just about the thing on the wall. It’s about where it is in space, how it fits in the context of someone’s environment.”

Because of her interest in art at a young age, Cathy’s parents signed her up for private lessons, but later urged
her to pursue a “practical” career. 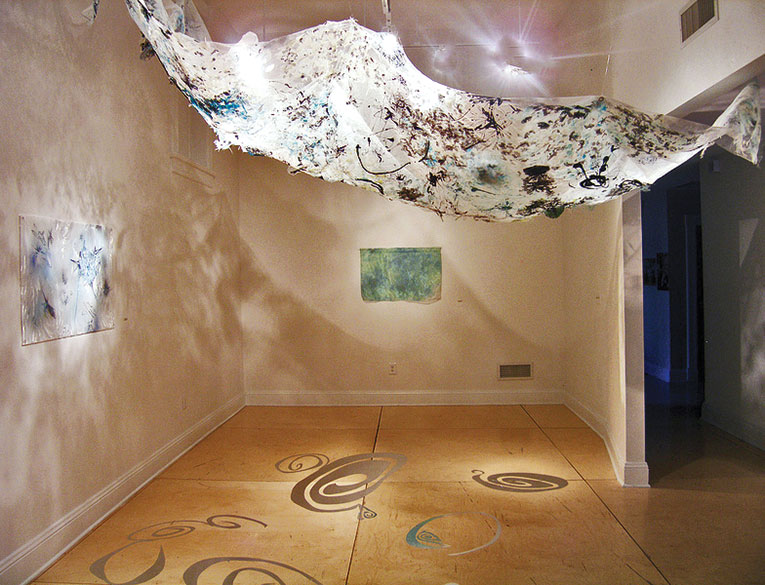 She emerged from Howard University in Washington, D.C., social work. However, while working as a therapist and later in marketing and sales, she set aside a place at home for making art.

“It was always a very important part of my world, even though it wasn’t the central way of earning a living,” she says. In the ’90s, she began exhibiting her work and then, wanting to develop as an artist, looked for a mentor. She found one in Roland Reese at Claremont Graduate University and, in 2006, earned a master’s degree of fine arts.

Growing up in a family that owned fabric stores clearly left an impression on Cathy, whose studio encompasses a range of sheer/mesh textiles, plastics, see-through thread, a sewing machine and iron — as well as paint.

“I have always been a painter; it’s just what I was given as a kid,” she says. “I think my work will always have some sort of painter’s aesthetic.” 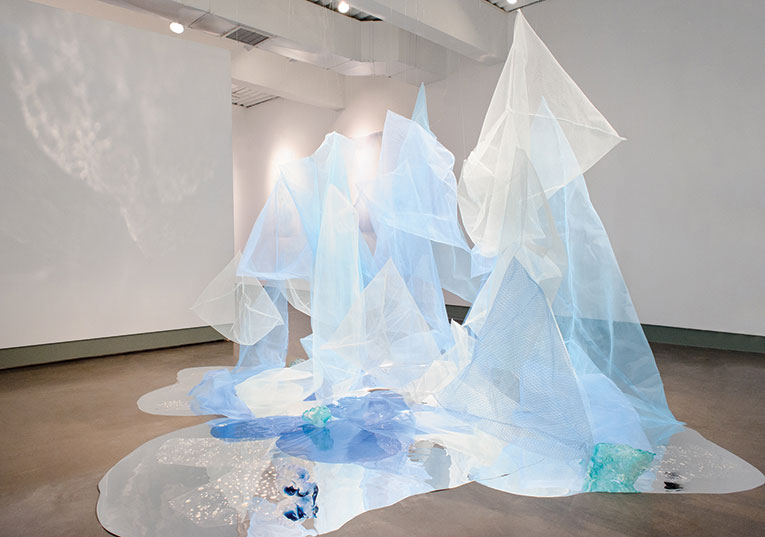 But she constantly seeks out materials to fulfill her ideas.

“It’s an intuitive process,” she says. “I hang a piece of paper on the wall and start filling it with things that have meaning for me — photos, quotes, words. That’s how I develop the ideas. It comes about over time; it may be a few months. Then I start to think about how I am going to use various materials.”

As her interest in 3-D representations grew, Cathy began thinking more about installations. “Now,” she says, “I am more interested in creating spaces.”