Stars of San Diego: Bill Bardick – Into the Woods 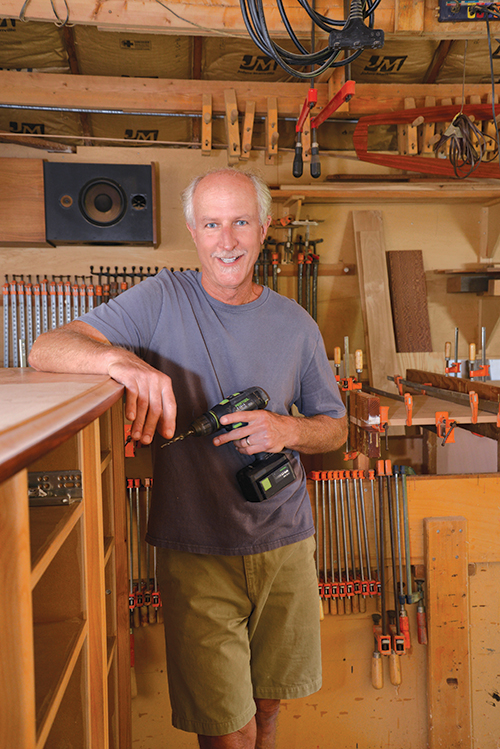 Considered to be one of the fathers of the studio furniture movement in America, Tage Frid once said, “Any idiot can get it right the first time, but only a true craftsman can fix their own mistake.”

Woodworker Bill Bardick lives by this quote. Perhaps that’s because the signature, textured edges on many of his furniture pieces resulted from his innovative use of a blunder.

“I was working on a table that was basically finished,” he explains. “I was routing a couple of access holes in the back of the piece and was careless and drug the router across the tabletop edge. It made me sick.”

But Bill wasn’t distressed for long, because soon his innate curiosity took over. He wondered what would happen if the error was repeated. He intentionally dragged the router across the table’s edge again and again and again. The happy outcome was concave flutes that, much like the shattered glass in some of his other works, reflected light. 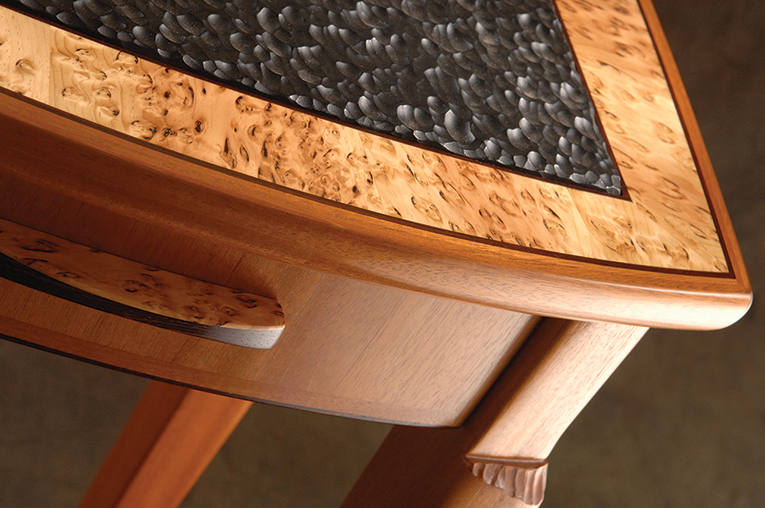 “I don’t welcome mistakes,” he says, “but I am more open-minded to them.”

Ideas flourish from any-where — even the oddest places like the underside of an old coffee cup.

“On the bottom of my favorite coffee cup was a crazed image,” Bill says. “I looked at this every morning for years. Finally, I took a photo of it, put it in an overhead projector, increased the size of it and projected that onto the tambours of a cabinet that I was making.”

The cabinet changed his direction from display tables for model homes’ sales offices to studio furniture.
“Sales office furniture was very specialized,” Bill says.
“I did that for 20-some years, along with developing my own furniture.”

One of the best working experiences he ever had was a 10-year stint with Disneyland, conceiving and building objects to display products. Each item was themed according to the area in which it was placed. 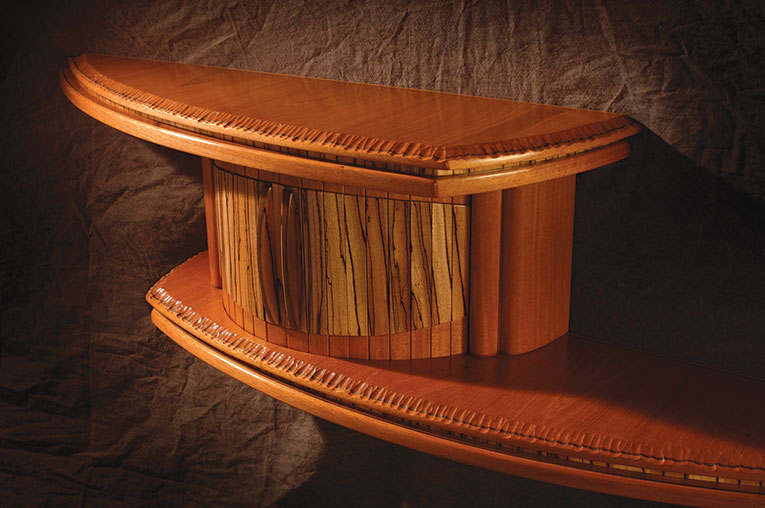 “It feels good to be involved in the evolution of a piece — to take it from concept to functional reality,” he says.
“I always look forward to creating the next piece and trying to make it better than the last one.”