Ansel Adams. The Tetons and the Snake River, Grand Teton National Park, Wyoming, 1942. Collection of the Museum of Photographic Arts; Gift of Alan and Brigit Pitcairn, 2008.004.001. Courtesy Department of the Interior, National Park Service, Branch of Still and Motion Pictures

Often, the most basic questions are the most difficult to answer. What is the meaning of life? Is time real? What is fine art photography?

“Photography started out mainly utilitarian, and even those early forays into recording things have become collectible,” says Aaron Chang, a local photographer and owner of Aaron Chang Ocean Art Galleries in Solana Beach and The Headquarters at Seaport Village.

“It’s a new form of art; it’s been around a relatively short amount of time,” he points out. “It’s still finding its feet in the world. Because of our training, our education, we have a certain bias toward classic paintings. Photography is new; and, as such, it is also very exciting in terms of collecting it.”

Deborah Klachko, executive director of the Museum of Photographic Arts in Balboa Park, agrees it’s an exciting time for photography because of its growing options. 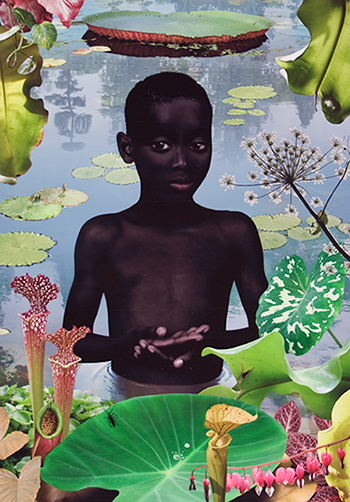 “If you had asked several decades earlier, ‘What is art photography?,’ many people would have said it’s a masterfully printed image that is inspiring,” she says. “But today it doesn’t have to be about the finely crafted, Ansel Adams-quality printed image of a magnificent landscape. It can be people grabbing images online and repurposing them. It can be things that are created in a studio and photographed.

“As a museum,” Deborah continues, “we look at years of programming on our schedule. We recently had a classic approach, with 19th century travel images and four decades of Czech photography. Now have a video installation. So it’s very broad.”

Joseph Bellows, who once served as MOPA curator, deals exclusively in photography at his Joseph Bellows Gallery in La Jolla.

“I guess fine art photography is anything you can frame and hang on the wall, but there are varying qualities of it,” he says. “We deal with the finest of the work that has been recognized by curators and collectors and, in many cases, stood the test of time.

“Even the littlest galleries with amateur photography are calling their work fine art photography,” Joseph continues. ”I think that, in any field, your portfolio speaks for itself.”

According to Beaumont Newhall, author of The History of Photography (Museum of Modern Art, 1937), photography as an art medium was the subject of great debate throughout the second half of the 1850s. Famed innovator Alfred Stieglitz was a principal proponent for its recognition. In the early 1920s, artists such as Man Ray introduced the art world to photographic abstraction.

“Fine art photography is the deliberate and willful intent of creating an image,” says Encinitas-based photographer Jeff Mitchum, who shoots landscapes and has eponymous galleries at the Bellagio and MGM Grand Resorts in Las Vegas. “You watch the weather, you watch a particular landscape; everything is in vision beforehand.”

Bill Brewer, a Los Angeles-based photographer specializing in landscapes — many panoramic and many shot at night with long exposures — agrees that intent is important, but adds that time also is a factor.

“You can’t just go out on the weekends, shoot a few photographs and call yourself an artist,” he says. “It’s work that you are putting in over years and years that make you an artist.”

Larry Friedman, a UCSD physician and member of MOPA’s board and the 44-member strong Collecting Group, began acquiring photography about five years ago — just after he joined the museum and its trip to Paris Photo, an internationally revered fine art photography fair. In November, he returned with MOPA to Paris Photo on a trip that included a visit to London.

Larry describes his personal collection as “eclectic,” but notes that his taste has moved closer to contemporary photography.

“One of the things I like the most is almost all of the photographers I collect I have met, mostly on [MOPA] trips.” On his own, he traveled to San Francisco to meet a photographer that had work exhibited at the museum.

The museum itself is beginning to collect contemporary Mexican photography.

“It is under-collected not only in our museum, but also in contemporary photography museums across the country,” Deborah says, adding that MOPA also looks to fill gaps in its collection spanning the history of photography.

“There are so many innovations being made in how photography is presented,” Aaron says. “Photographs used to be 8-by-10 inches; now we have 8-by-10-feet prints and they’re spectacular. I think we are in a period where the definition of fine art photography is still being defined and expounded upon daily.

“When the time factor is evened out centuries from now, people may look back and say, ‘This photograph is equally as important as a Picasso.’”

“Everybody has a camera; everybody takes pictures. Why some stand out is a mystery, and that mystery is what makes life interesting,” says Robert Dunahay, a Palm Springs-based painter who also incorporates digital imagery into his artwork. “The bottom line is the image — if it really speaks to you. It doesn’t matter whether it’s a beautiful sunset or a photograph of a dinner plate.”