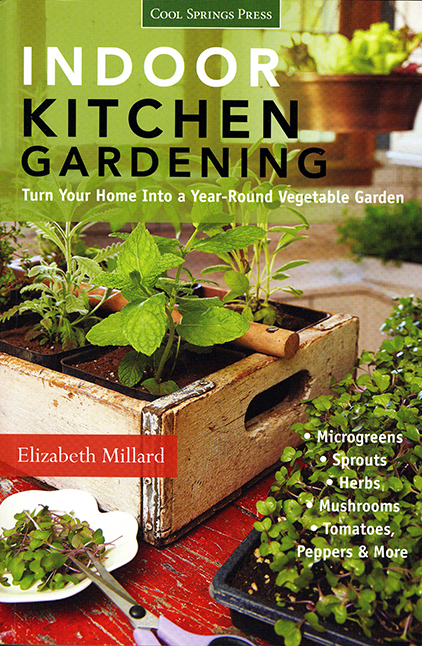 Although many herbs do beautifully in an indoor growth space, some varieties can be surprisingly fickle if you’re trying to grow them from seed. Here are some options from author Elizabeth Millard that are easier to grow.

Peppermint and spearmint: Hearty and wide-ranging, mint likes to invade the territory of other plants; so once you’ve got it, stay on top of harvesting it. If you want a strong mint taste without growing a bunch of it, opt for peppermint, since it has a more intense flavor.

Lemongrass: You don’t even plant this one from seed. Just buy a stalk of lemongrass from a grocery store or farmers market, trim the top and put the stalk in a few inches of water. The stalk will produce roots on its own and dozens of new shoots.

Vietnamese coriander: This variety is considered easier to grow than other varieties of coriander. It has just as much flavor, is quite hearty and can last for months.

Parsley: Parsley is fairly easy to grow, but germination can be hit and miss. Usually, you’ll begin to see growth about two weeks after planting. It tends to grow slower than other herbs in general.

Oregano: The trick with oregano is giving the plant enough light every day; it may require placing the pot under a separate bulb. Usually, about eight hours of light is best.

Thyme: This herb also requires more light, so I often put oregano and thyme in the same space or place them next to each other in a south-facing window.

Rosemary: I’ve found that my best indoor rosemary comes from cuttings off rosemary in my garden, but it’s also somewhat easy to grow by seed. Watch out for overwatering, since rosemary tends to prefer drier soil, and be sure to choose a variety that does well with indoor growing, like ‘Blue Spire.’

Chervil: Fairly uncommon, but quite delicious, chervil is related to parsley and has a subtle flavor. The herb does well in low-light areas, making it a nice choice for kitchen corners and out-of-the-way spots. But keep in mind that it doesn’t do well when temperatures begin to rise beyond 70 degrees, so gauge your house’s temperature before planting.