Mike Skubic understands the risk he’s taken with his recent launch of Old Harbor Distilling Co. He’s brewing spirits in a craft beer-obsessed town, in a transitional neighborhood where the homeless huddle in the doorways of his warehouse, at a time when many state and federal laws on making hard alcohol date back to Prohibition.

“Knowing how to make spirits is one thing, knowing how to actually make money selling them is another thing,” he says. “I still haven’t figured out that part yet.”

Mike studied biochemistry and business administration at Point Loma Nazarene University and helped launch the San Diego craft beer company Hess Brewing. He has a scientist’s approach to fermenting and distilling, a foodie’s palate for liquor and an entrepreneur’s zeal for startups. 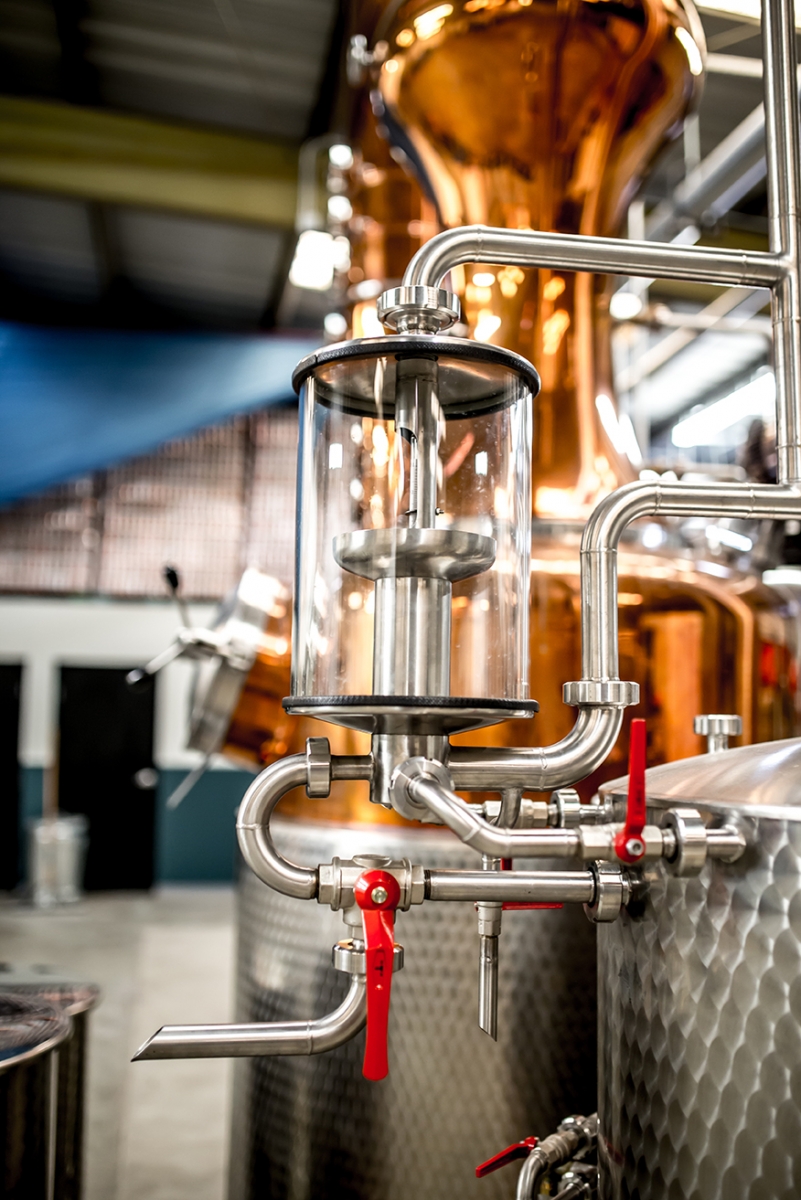 Once he found warehouse space that would accommodate his sizable distilling equipment (including a 1,000-liter, gleaming copper still) while satisfying fire codes and manufacturing requirements, he had to convince the city and community associations that Old Harbor is good for the neighborhood. He says local leaders finally signed on when they saw the potential for the distillery to activate the corner for further East Village development.

“I love East Village, and I think it’s going to be awesome in the future,” Mike says. “I’d rather be somewhere that’s going to be cool — and currently cheap — than someplace that’s already cool and expensive.”

Old Harbor’s San Miguel Southwestern gin, made with fresh botanicals locally sourced from Suzie’s Farm, is being distributed to area bars and liquor stores by Crest Beverage. Production of rum, rye, bourbon, whiskey and a coffee liqueur were in the works at the end of 2014. You can’t buy bottles of Old Harbor’s booze at the distillery; state law limits on-site sales to tastings, which are limited to six one-quarter ounce tastes.

Old Harbor is one of a handful of local distilleries sailing into waters charted by their more numerous craft beer-brewing brethren. There are about 100 craft breweries in San Diego. The distilled spirits community, somewhat hampered by laws against home distilling, is slowly building steam. Malahat Spirits Co. in the Miramar area is making flavors of rum for restaurants and retailers as mainstream as BevMo, while offering tastings, distillery tours and serving as a speakeasy-inspired event venue.

San Diego distillers are hoping to gain more leverage with lawmakers and wider recognition with consumers by forming the San Diego Distillers Guild. The local craft beer industry is again being used as a template, with its busy and influential San Diego Brewers Guild.

“Hopefully we can get the same thing going for craft spirits here,” says Mike, who helped found the distillers guild. The local distilling marketplace is opting to work collaboratively, he notes with an appropriately nautical adage: “A rising tide lifts all boats.” 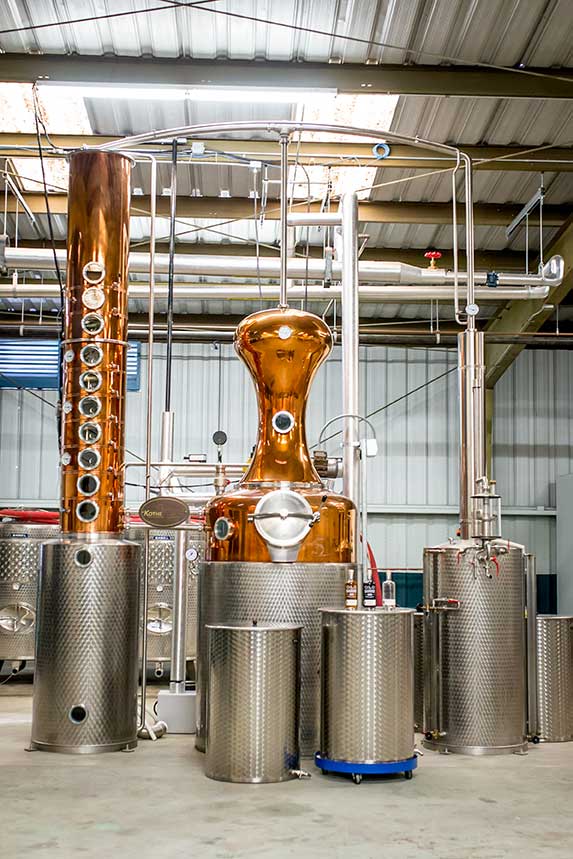 Ray Digilio, founder of and distiller for Kill Devil Spirit Co., says he was picked as president of the guild because Kill Devil has made the most inroads in San Diego’s craft distilling marketplace without a beer brand like Ballast Point on which to fall back.

“They’d be the first to tell you the beer pays for the spirits,” Ray says. “We had to build it all at the grassroots level. We’re the guinea pigs.”

Kill Devil even offers an apprenticeship program for those interested in getting into the distilling business. For $500, the company’s founders will provide private consulting sessions on state and federal licensing, distilling basics, marketing and management.

“It’s a way to get a group of like-minded people together, with the idea of getting everyone to the shelf,” Ray says, adding that it also helps newbie distillers abide by laws against home distilling. “How can you start a band without being able to own a guitar?”

Local distillers suspect that as their brands become more widely available, people will taste the difference in handcrafted spirits.

“I’ve had a couple of bartenders come in to check it out, and they’ll tell me, ‘You’ve ruined other spirits for me. I don’t want to taste anything else,’” Ray says. “I’m super inspired by what’s happening here. As we grow, we don’t want to lose the handmade, small-batch quality. We’re able to be artistic about what we’re doing. I want to do this for the rest of my life.”