Some may call it bold, to claim him our treasure. But no one's too old, for Seussian please.

Although Theodore Geisel spent the first half of his life on the East Coast, it was after he moved to La Jolla that he wrote his most famous books, including The Cat in the Hat, How the Grinch Stole Christmas, Green Eggs and Ham, and One Fish Two Fish Red Fish Blue Fish. And though the books were written for children, the whimsy in words and illustrations equally beguiles adults.

San Diego History Center in Balboa Park is celebrating the legacy of Geisel, who died in 1997, with an exhibition running through 2015: Ingenious! The World of Dr. Seuss.

“It consists of two different but inter-related aspects,” says Charlotte Cagan, executive director. “The first is that we are showcasing the inspiration of San Diego on his artwork.

“The other aspect is what we are calling Seussland, which is a very large, fantastical, family-activity area. We are focusing on the serious messages behind his books. For instance, The Lorax is about caring for the environment, and we have a recycling activity. For How the Grinch Stole Christmas, the message is generosity, so we are having families write postcards to children who are patients at Rady Children’s Hospital.

“We also have a memory book for families to write their earliest memories of reading Dr. Seuss books, and we will save it in our archives.”

The exhibition is a collaboration between the history center, Dr. Seuss Enterprises in La Jolla and Chase Art Companies in Illinois.

“We introduced [the history center] to The Chase Group,” says Susan Brandt, president of Dr. Seuss Enterprises. “They create for us fine-art reproductions based on Ted’s work.” 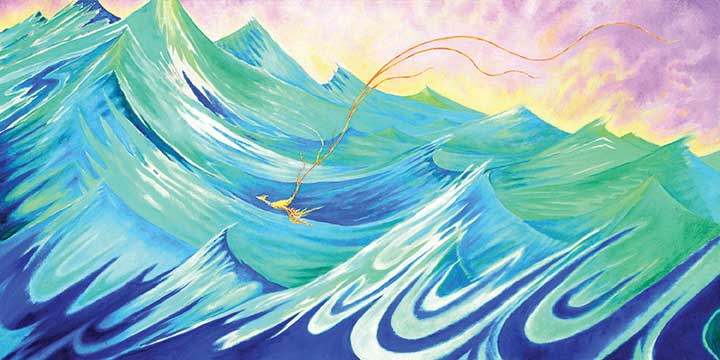 Chase also presents exhibitions of the reproduced works in the United States and Canada.

“In 1997, Audrey Geisel [Theodore Geisel’s widow] fulfilled Ted’s wishes by sharing the works with the public by authorizing an exclusive collection of limited editions for gallery representation and museum display,” explains William Dreyer, director and curator for Chase’s The Art of Dr. Seuss Collection. “Our obligation to Mrs. Geisel is to create the highest-quality prints in the art world.

“Several of the artworks in this exhibition represent some of the wonderful finds in the Dr. Seuss archives at University of California, San Diego,” adds William, who has conducted extensive research into the Dr. Seuss Collection housed at UCSD’s Geisel Library in La Jolla.

“Four or five examples show his concept drawings next to final pages [from Dr. Seuss books], so people can see the artist’s process and intentions,” he says. “For example, Green Eggs and Ham, written in 1960, was written on a bet. Random House bet he could not write a book using 50 words or less. One of the diptychs has the rough drawing where you get to see he is tallying the words on each page.”

The exhibition also includes editorial cartoons Theodore made early in his career and Unorthodox Taxidermy sculptures created in the 1930s.

“In 1938, Look magazine called him the world’s most eminent authority on unheard-of animals,” Charlotte says. 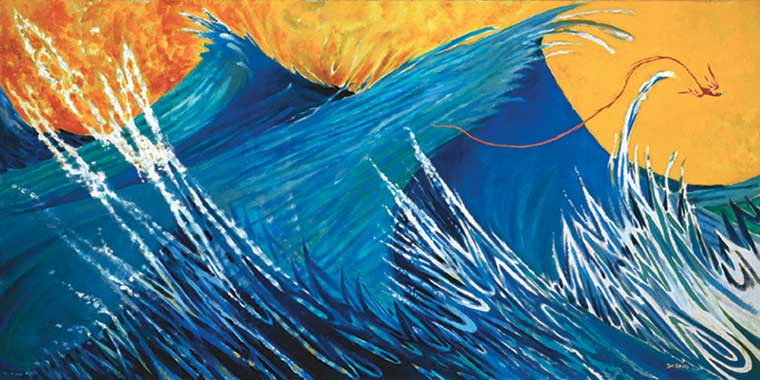 The show includes works from Chase Art Companies, but also has “signature elements just for this occasion,” she adds.

UCSD Library — whose Dr. Seuss Collection includes more than 12,000 items, including drawings, notebooks, manuscript drafts, books, photographs, storyboard and production notes for screenplay adaptations, and an array of memorabilia —celebrates Theodore’s March 2 birthday each year with a special exhibition. This year’s showcase opens Feb. 16 and runs through March 29. A second one runs July 10 through Oct. 30.

“In summer we host a huge exhibit, because so many of the tourists who come to San Diego think we are the Dr. Seuss Museum,” says Lynda Claassen, director of special collections and archives. “I think a lot of people don’t understand the difference between a museum and a research library.”

Other than during the two annual exhibitions, UCSD’s collection is restricted to researchers. This year, the general public has an opportunity to gain an even broader perspective on the breadth of Theodore Geisel’s creative streak with the addition of San Diego History Center’s exhibition and related activities.

Perhaps Dr. Seuss said it best himself:
“From there to here, from here to there, funny things are everywhere.”
Ingenious! The World of Dr. Seuss
Through Dec. 31, 2015
San Diego History Center