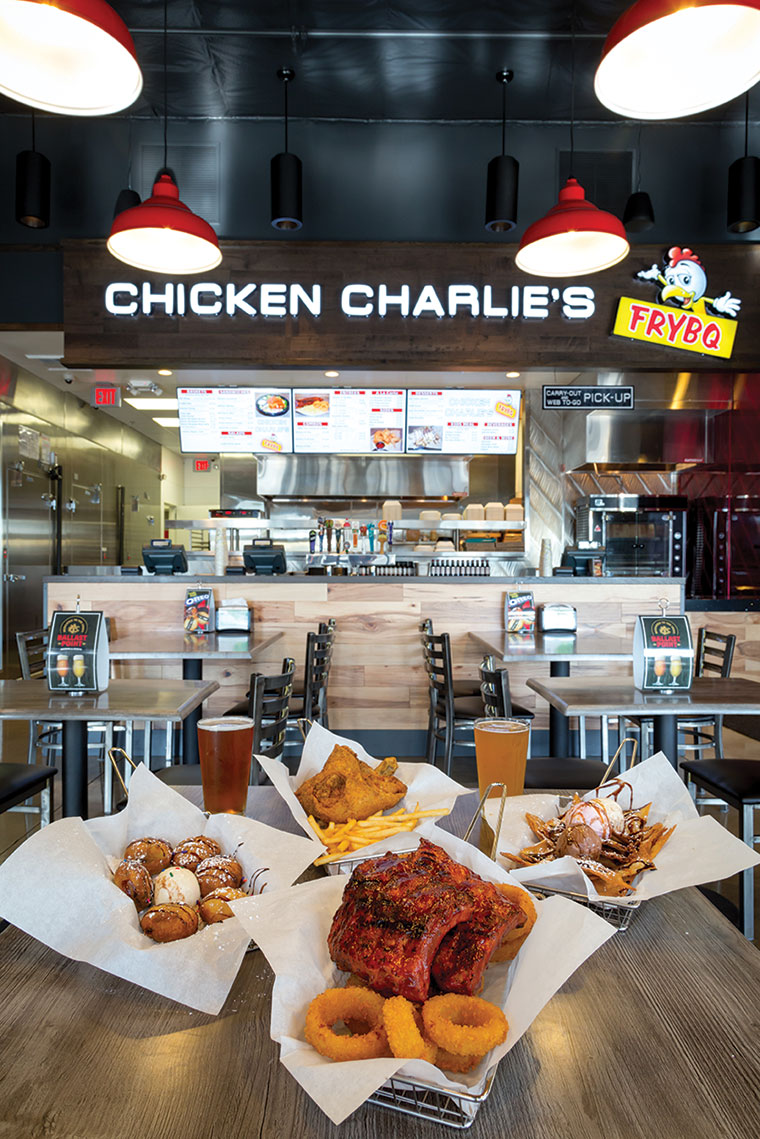 The opening of Chicken Charlie’s last fall was greeted with a degree of pandemonium similar to the opening of Krispy Kreme more than a decade ago. The donut-shop bedlam went on for weeks, in part because of national hype. Chicken Charlie’s is a regional operation, so it makes sense the frenzy dissipated more quickly.

For decades, Charlie Boghosian has been serving fried concoctions (including fried Spam, pineapple and even Krispy Kreme donuts sandwiching a sloppy Joe) at county fairs in Los Angeles, Orange County and San Diego. Eating at the brick-and-mortar operation can be reasonably healthy, so long as you choose carefully.

Chicken is the big surprise, because it’s juicy and flavorful and absent anything other than the deep flavor of roasted chicken.

As for the ribs, they are distinctive examples of the genre. These ribs are so tender that you barely need teeth to eat them, and their sweet/tangy saucing sets them apart from ribs available anywhere in San Diego. Those who love ribs and aren’t looking for subtlety and nuance will appreciate these mighty meaty versions, especially because they are not lathered with an overly sweet sauce.

It may be politically correct to offer salads, but they’re beside
the point here. And though the venue has all the earmarks of a fast-food, we’ll-fry-anything operation, don’t be deterred. The roasted and baked foods frequently outshine the fried.

But if you’re really hankering for a fried dessert, you’ll find deep-fried Oreos, as well as ice cream nachos.

Patrons: All ages and occupations. The lunchtime crowd leans more toward stocky guys looking for a fried fix.
Service: Staff is courteous if not especially knowledgeable about the food.
Parking: There’s free parking in the shopping center parking lot.
Noise: Modest.
Special diets: Only think about going if you’re a carnivore.
Details: 5407 Balboa Ave. (Clairemont). 858-279-1111. Open for lunch and dinner daily. Most items are $7-$16. Beer and wine.