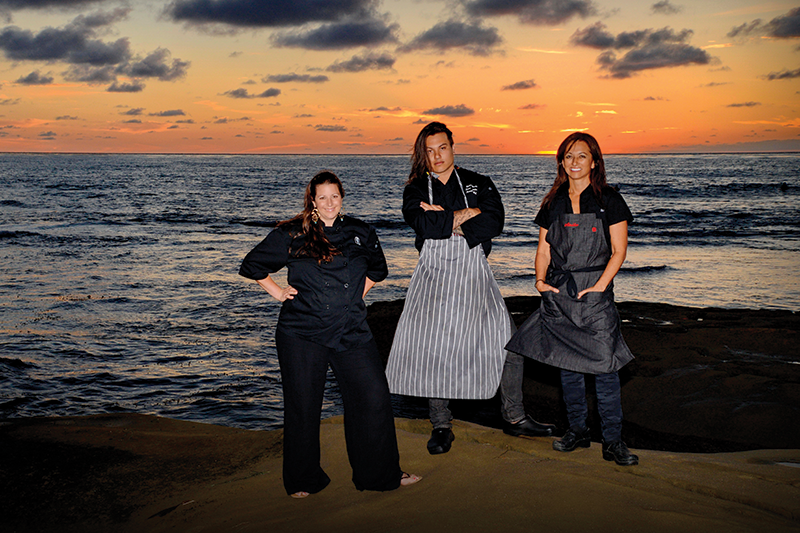 Being a self-starter is very much the hallmark of a professional chef in the United States, which has nothing remotely like the youth-apprenticeship traditions of Europe. This year’s inductees into San Diego Home/Garden Lifestyle’s Chefs Hall of Fame — voted in by other professionals in San Diego County’s culinary scene — unquestionably fit the self-starter category, and all three seem plenty self-confident, too. One, having read a magazine’s annual picks for best local restaurants, simply went to the door of the very best, asked for a job and got it — even though she had no experience. Another, after studying art, decided she could best express her own artistry through cuisine and attended cooking school. The third to quester in the trio, having grown up in a military family that was frequently on the move, created a career that, far from rooting him at the stove, lets him travel wherever his taste buds take him. 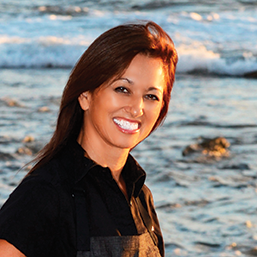 Amiko Gubbins, culinary commando. Her stars are aligned. She surfs. She practices yoga. She’s kind of a rock star. She’s a proud Virgo among Virgos (“We Virgos get from Point A to Point B by the quickest, most-efficient route”). And she likes to help — very much. That is why she devised the job title “special ops: food and flavor” to describe her role as über chef in charge of elevating the cuisine at the Cohn Restaurant Group’s 20 eateries.

“I’m just not a corporate type, so I didn’t want a title like director of cuisine or corporate chef,” says the California native who also plays in the Encinitas Guitar Orchestra. “I was brought in to work with the various restaurant chefs, and I didn’t want anyone to feel slighted, so I came up with this title.”
In her previous job as corporate chef for giant food distributor SYSCO, Amiko used her remarkably well-equipped kitchen to assist restaurant owners in fine-tuning their menus. This prepped her for her role as visiting chef to CRG’s widely varied collection of restaurants.

“I roll in, I work and then I roll out. It’s like being a SEAL team member,” she says. “One of my secret weapons is that I can outlast anybody in the kitchen. I can outcook anybody half my age. You have to think on your feet in a kitchen. I think the yoga helps me bring it all together.”
In 1984, Amiko presented herself to the manager of Gustaf-Anders, the ultra-fashionable La Jolla Shores eatery that broke hearts when it moved to Costa Mesa. Despite her lack of experience, the manager hired her as pantry cook. Chef Ulf Anders Strandberg fumed; but he allowed her to stay, and she absorbed everything. She later cooked through a roster of distinguished kitchens, had her own Parallel 33 in Mission Hills for eight years and iced this confection of a career with several years as friend, traveling chef and entourage member to rocker Lenny Kravitz. “It’s a rich life; I’m doing what I love,” she says. 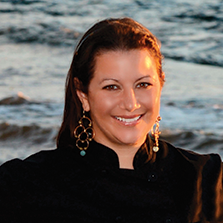 “I don’t know why I was obsessed with food and cooking since I was little,” says Katie Grebow, who earned a stellar name early in her almost-decade-long stint at downtown San Diego’s charming Cafe Chloe. “When I was really young, maybe 7 or 8, I would not just make breakfast in bed for my parents; I would make a menu for them to choose from.” Even so, she didn’t dream about a life in the kitchen.
“My parents were a doctor and a lawyer, and I never thought being a chef was an option,” Katie explains, adding, “Now when you say you’re a chef, people say, ‘Really, how cool!’ And it’s really sweaty in the kitchen!”

It’s also a job that prevents much family time, which is why at the age of 37, Katie has a new career as a caterer and private chef. This allows for more time with her two young children.
“I’m helping friends with catering, but what I’m geared to is offering the private-chef experience on a part-time basis. Most of my business is doing dining parties,” she says. “I was sad to leave my restaurant kitchen. I loved the energy and how crazy it gets.”

After studying art and working in a La Jolla gallery, she took the plunge and enrolled in Pasadena’s California School of the Culinary Arts. Upon graduation, she landed a job as pantry cook (the typical entry position) at the about-to-open W Hotel in downtown San Diego. When W staffers John Klute and Alison McGrath announced plans to open Cafe Chloe, Katie went along.

“They had this idea of a café with a European-style décor and were interested in the cuisine of France,” she says. “I have a passion for the study of cultures. At Chloe, making French food was basically exploring the cultural heritage of different regions. We did food you would find on the streets of Paris. “I loved going to work,” she says. “It was so fun!”

Perfecting the concept of chef-driven cuisine while ruling the kitchen at Uptown Tavern, Dana Francisco impressed his peers by creating new dishes for the Hillcrest restaurant’s eclectic, small-plates menu.
After being voted into the Chefs Hall of Fame, the 26-year-old moved 200 miles up the coast to assume the position of chef de cuisine tournant at Ojai Valley Inn & Spa, where he oversees five restaurants. But he takes with him the inspiration he gained from previously inducted Chefs Hall of Fame members, especially Matt Gordon, whose standards for the Urban Solace kitchen taught him such ideals as insisting on sourcing the best products locally.

With better eyesight, Dana might have piloted Army aircraft rather than pirating diners’ taste buds with sensual creations like Green Machine Flatbread, which is slathered energetically with chimichurri, leeks, asparagus, chives and pungent goat cheese.

Born in Heidelberg, Germany, to parents who pursued Army careers, Dana says, “I wanted to be a military pilot for a long time. But I wear glasses, so no pilot’s career.” There isn’t a hint of Army brat in his demeanor, and he’s a hard worker, having started in restaurant kitchens in Texas at the age of 16. After following a girlfriend to San Diego, he enrolled in La Mesa’s San Diego Culinary Institute and then took flight in an unusual way. “Right out of school, I got involved with an American Culinary Federation competitive team. We traveled the country for a year, and I coached the team for a year afterwards.” Travel is still in his blood. Before starting his gig in Ojai in October, Dana took a hiatus “to learn as much as possible in Southeast Asia and the Philippines,” he says.