All Juiced Up With Somewhere To Go 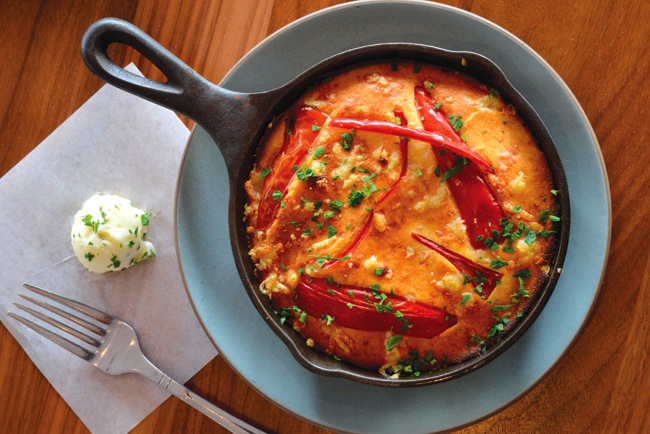 AS THE PRESS RELEASE SAYS, “Having witnessed firsthand the grueling effects that the bar and nightlife industry can have on one’s well-being,” bar and nightclub owners Arsalun Tafazoli and Nathan Stanton shortly will open an organic (what else?) juice bar.

In the East Village, near Neighborhood (the affable burgery that was first among the duo’s soon-to-be-eight establishments), the shop will cold-press fruits and veggies, distill nut milks (from hand-selected almonds, one supposes) and concoct fancy specialties like orgeat syrup. Umbrellaed by their Consortium Holdings, Messrs. Tafazoli and Stanton typically attack a project with sizzling imagination, even if their plans to open a bar distinguished by a “Japanese ice program” fizzled. They invested in the recently opened Ironside Fish & Oyster in restaurant-saturated Little Italy. The decades-old iron mongery mixes industrial and Broadway accents (grand arches of huge lights create a spectacle) and diligently dazzles in keeping with Consortium’s sunny style. The motto “Ironside Ain’t Nothin’ to Shuck With,” amuses (moderately), and designer Paul Basile must have channeled Philippe Beltran when he stacked suitcases above a row of banquettes.

MORE NEWBIES in Little Italy: Breakfast nook Harbor (at Beech and India streets) sails in a building that looks like a boat and was a ship’s outfitter when the American tuna fishery called the neighborhood home. Mais oui: A few blocks away on Kettner Boulevard, French master patissier Jean-Philippe Maury, who doubled down in Vegas with pastry palaces at Aria and Bellagio, will confect eclairs, religieuses and financiers at Jean-Philippe Patisserie opposite Consortium’s Underbelly. Even if obsessed by slender silhouettes, San Diego soaks up the sweets.

GILDED DISHES FROM ANOTHER ERA, sole a l’amiral and loin of swordfish were signatures of Anthony’s Star of the Sea when it ruled San Diego's restaurant row. Many years later, they’re featured at the new Savoie in Otay Ranch Town Center, an upscale newcomer launched by the Karina’s Mexican seafood chain. Clearly, someone who held a place in Anthony’s kitchen now holds one at Savoie. When this was mentioned to Joe Busalacchi, a man with an ear attached to the restaurant grapevine, he smiled knowingly. “That would be Mario,” he said, explaining in four words how dishes seemingly lost to the mists of time have surfaced on the east side of Chula Vista. Positively percolating on Friday nights, Savoie merits a visit.

IT WOULD SEEM that downtown’s The Westgate Hotel, at which Louis XIV would feel right at home among the antiques, has decided to trade its image as plush sanctuary for that of hipster haven. Tattoos abounded at a recent dinner called The Fine Art of Craft Cocktails, at which three elegant courses prepared by chef Fabrice Hardel mated with drinks imagined, shaken and stirred by barmen David Kinsey and Alex Maynard of The Rumbling Tins Cocktail Co. After demonstrating the how-tos of crafting tipples like the Mister Bean (an impactful blend of gin, juice, syrup and mint) and the semi-savory, whiskey-based Old Rye Sage, the pair distributed them to accompany an appetizer of diver scallops and a main event of beef tenderloin with morels and smoked potatoes. It all went swimmingly, as did Alex’s explanation that “Rumbling Tins is a bar-consulting firm,” perhaps unaware that the evolution of “bar-consulting firms” is among the wonders of this protean moment in the new millennium. Whatever, the chef’s dessert of honeyed crème brûlée with Port-marinated strawberries wowed the crowd by dancing off the plate in tandem with the Port au Kiss, a dandy delectation of rum, tawny Port, honey syrup and cream.

OUR DAILY BREAD is disappearing from many restaurant tables, unless we choose to buy it. The bread-and-butter presentations once standard across the country are scorned by chefs who prefer we concentrate on their cuisine and by restaurateurs appalled by the price of a bundle of baguettes. Some menus now list bread service at a price — and perhaps especially garnished. It’s not likely that anyone would mind ponying up $6 for skillet cornbread with red peppers and cilantro butter at Matt Gordon’s Sea & Smoke in Flower Hill Promenade. Baked to order, crusty and tender, it’s a savory reminder that while the best things in life may not be free, they cost less than a glass of house wine. The crusty stuff at Jsix comes with homemade tapenade (can't get enough) and salted butter ($3 for the ensemble). Doughboy Jack Fisher, who bakes up a storm without breaking a sweat, has left Sea180˚ in his Imperial Beach hometown and now works alongside Jsix Chef Christian Graves at what has become the most interesting restaurant in the Gaslamp Quarter.