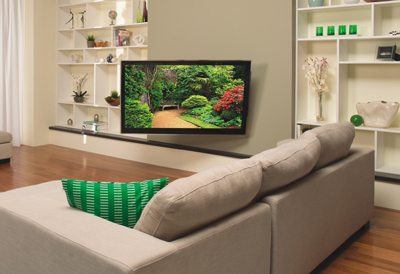 A simple task such as mounting your television can provide a more open look and more space. To achieve the best aesthetics, follow these tips from interior designer Genevieve Gorder and SANUS.