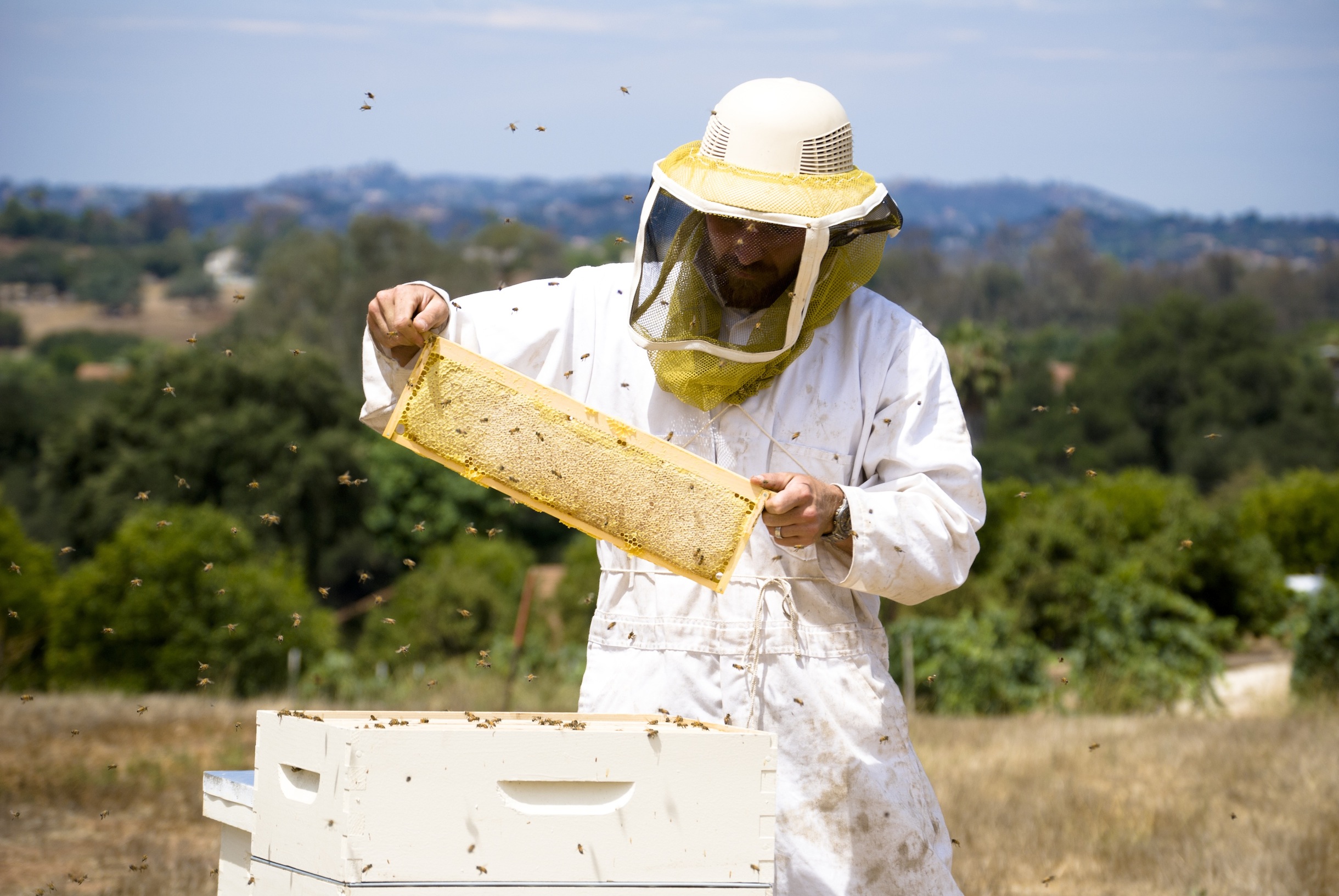 While helping his grandfather clean out his attic during a college summer break, Frank Golbeck came across something that would change his life: a case of fruit wine and a bottle of mead (liquor made with water, honey and yeast).

His grandfather and father had developed Los Rios Rancho, the largest apple-growing business in Oak Glen apple country near Yucaipa; and his grandfather made a little wine and mead on the apple ranch.

“I had read Beowulf and Living on the Earth a back-to-nature guide originally published in 1970],” Frank says. “So I was kind of familiar with mead, but had never tasted any. When I had it, it was like magic. It was 10 years old. My girlfriend at the time was visting and we shared this bottle — and now we’re married.”

The life-changing story goes beyond the bottle/marriage connection, however. Back at UC Berkeley, Frank (majoring in international development with a focus on environmental economics) and fellow student Joe Colangelo (a political science major) began making mead, which they shared with friends and family. Drinking their blend one day on the balcony of the Julia Morgan-designed mansion that served as their dorm, a thought struck Joe.

“He said, ‘Our families like this. Our friends like this. We could sell it.’ That just seemed crazy,” Frank recalls.

“Then the Navy happened,” he says. But while they were based in San Diego and serving their country, Frank and Joe researched mead, eventually put together a business plan and began making test batches.

“We tested eight different recipes with friends,” Frank says. One of those friends was also a college mate — an economics and biology major named Praveen Ramineni. “He said, ‘I want in.’ We were like, ‘yes,’ because he brought business skills. We brought ideas and energy. He had consulted for Deloitte. It gave us credibility and confidence that we could do the hard business parts.”

Frank and Joe were in San Diego, their Navy base; Praveen moved down from the Bay Area. In 2011, they began selling mead commercially as Golden Coast Mead.

“We realized we were on a new path,” Frank says, explaining that his online research indicated there were at that time about 250 meaderies in the United States, compared with about 1,700 craft breweries and 6,500 bonded wineries.

The partners rented space from Triple B Ranches winery in Valley Center and soon people were buying more mead than they could make. In April 2012, they waged a three-month cloud-funding campaign on Kickstarter.com to raise $20,000 for equipment and a facility. Stone Brewing Co. CEO Greg Koch “picked it up and tweeted it to his followers,” Frank says. They raised slightly more than their goal, but then realized they needed more cash flow to set up their own facility. So they turned to SlowMoney.com to find investors.

“We repay them with a percentage of revenues,” Frank says. “It frees us from having to sell product we are not happy with in order to make loan payments.” In addition to paying investors, Golden Coast contributes to the sustainment of honeybees, whose rapidly declining population is a national concern. Through 1% for the Planet, the company supports the honeybee research of UCSD professor James Nieh.

In its Oceanside facility, Golden Coast bottles four products. California Oak is made from California wildflowers and ale yeast, with oak chips added two-thirds of the way into fer- mentation. Its other beer-style mead is Orange Blossom, which is made with orange blossom honey. Both, in 500-ml. lager bottles, are 10.5 percent alcohol.

Mirth in a Bottle (750 ml. at 12 percent alcohol) resembles a slightly sparkling Sauterne or Riesling and is made with orange blossom honey in a higher concentration than in the beer-style product and with red wine yeast. The limited- production Farmhouse Batch (375 ml. at 12 percent alcohol) is Golden Coast’s premium wine- style mead. Made with honey from small, regional-based beekeepers, it represents the partners’ expression of terroir. Similar to the way wine gains characteristics from the grapes' specific locale, mead gains distinction from where and when the bees gather nectar and pollen. According to Frank, spring honey is light and golden from river plants and fall honey is dark and rich from buckwheat and sage.

The partners’ long-term vision is to maintain 100 hives on land Frank’s family owns in Fallbrook (they currently have five hives) and, eventually, include a tasting room in the equation. For now, Frank delights in another equation:

“San Diego is a great place to be doing this,” Frank Golbeck says about making a honey and yeast-based liquor in a craft beer-centric region. Local brewers have served as mentors, and local restaurants and stores (for a list, visit goldencoastmead.com) serve and sell Golden Coast mead. “People that know craft beeer are buying it,” Frank says. “Educating people about this is our mission. We want to show people it’s a reflection of our place and ecosystem.”