What to Look for in a Light Bulb 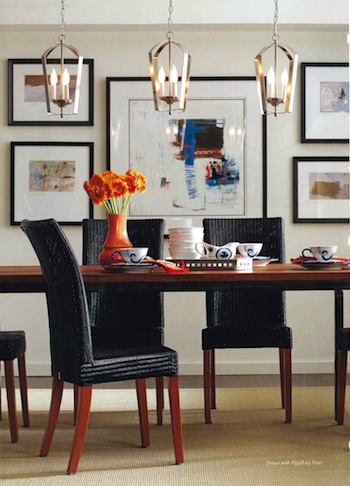 The Environmental Protection Agency reports that if every household in the United States replaced just one standard incandescent light bulb with an energy-efficient one, the nation would save about $600 million in energy costs annually — enough to power 3 million homes for a year. While incandescent bulbs are being phased out, there still are a variety of lighting options to consider. Here is information on bulb types to help you replace your incandescent bulbs.

Halogens are similar to incandescent bulbs in that they use the same technology and filament to produce light. Although they are more expensive than incandescent bulbs, they last up to three times longer and produce almost 50 percent more light for the same amount of energy. Halogen bulbs emit a crisp, warm glow, even at low wattages, which works well when direct lighting is needed.

Great for linear lighting and home applications such as under-cabinet lighting and lighting for garages and laundry rooms, these bulbs have come a long way from the traditional blue tubes used in commercial settings. Bulb shapes are somewhat limited, but today’s fluorescents have been color corrected and offer the same warm glow as incandescent bulbs, yet last about five times longer. Keep in mind that they require a ballast (current regulator).

Often referred to as CFLs, these bulbs are extremely energy efficient, using 75 percent less energy and lasting 10 times longer than incandescent bulbs while emitting the same amount of light. For this reason, the up-front cost of CFLs is higher. But they’re still priced affordably. The downside is that CFLs contain mercury and can be slow to reach optimum brightness in colder environments.

A hot topic in the lighting industry, LEDs are the most energy-efficient bulbs on the market, using up to 85 percent less energy than incandescent bulbs while emitting the same amount of light. They last as much as 25 times longer than incandescents and five times longer than CFLs. While LEDs have the highest up-front price tag, they pay for themselves over time since one bulb can last 40 years or more.