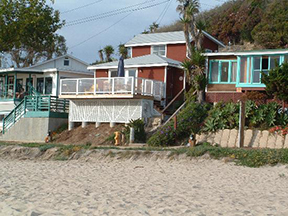 In the 1960s when I was a kid living in Ontario, Canada, sunny summer weekends were spent “going to the lake.” We’d pack up the old ’54 Chevy with an ice chest of food, lawn chairs, beach blankets, towels, our fiberboard box suitcase, the Coleman stove, the tent and all its paraphernalia, sunscreen, Off bug repellent, magazines, fishing poles, a tackle box. Then, with a little adjusting of stuff here and there, the four of us (mom, dad, me and my know-it-all older sister) would pile in. With a good-luck pat on the dashboard from Dad so that the car would make it to our destination, off we’d go.

Whether we traveled to Golden Lake, Silver Lake, Blue Sea Lake, White Lake or any other lake, my sister and I busied ourselves swimming, diving off the floating dock, building sand castles, filling our pails with tadpoles or fresh berries and reveling in the warmth of the sun. In the mornings, my dad would make French toast on the Coleman stove. In the evenings, we’d roast marshmallows around the campfire.

Those blissful weekends are treasured memories — memories recently jogged from their nesting place when I visited Newport Beach’s Crystal Cove (shown above), a stretch of beach where families just like mine spent similar summertime weekends.

This lagoon-like retreat started off as a set for Hollywood filmmakers during the silent-film era (Treasure Island was filmed there in 1918). To give the illusion of an exotic island locale, palm fronds were placed on huts. When these sets were left behind, families would stay in them. Soon, vacationers began building rustic, eclectic cottages on the shoreline and on the bluff. By the 1930s, families of campers were staying in tents right on the beach — all with the generous permission of property owners James Irvine II and James Irvine III.

Every Saturday at 4 o’clock, campers gathered ’round the flagpole, where a flag depicting a martini glass was raised. A vacationer blew the bugle, and cocktail hour officially began. Adults filled their cocktail glasses, while teens hung out at the general store’s soda fountain. I envision happy families enjoying beach bonfires, luaus, tiki parties and communal fish fries (a little different than our lake forays, where tea and cookies were served at 4 and there was no surf, but still the same basic kind of lazy summer days).

In the late 1930s, the Irvines invited cottage tenants to either move their cottages elsewhere or lease their cottages from the Irvine Company. Most opted to lease. In 1962, tenting on the beach was outlawed due to overcrowding; and in 1979, the cove was sold to the California Department of Parks and Recreation. In 2001, the cottage occupants (or coveites, as they were called) were evicted by the state.

Today, thanks to the Crystal Cove Alliance, a nonprofit organization formed in 1999 to preserve the cove, this stretch of beach looks pretty much the same as it did back in its heyday. Of the 46 cottages built between the 1920s and 1950s, 22 cottages have been restored. Thirteen are charming overnight rentals. Eight are used for visitor services, including a store and the check-in office; and one is a marine research lab. The CCA is busy raising the funds necessary (a hefty 20 million bucks, give or take a few dollars) to restore the remaining 24 cottages.