Michael Turko: Looking Out for the Little Guy 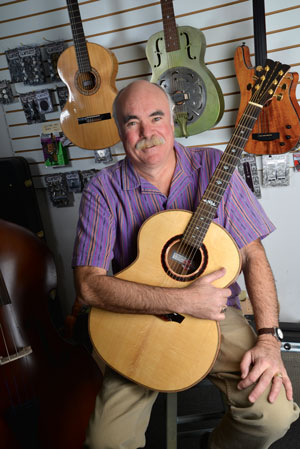 WHEN KUSI CONSUMER INVESTIGATIVE REPORTER Michael Turko arrives at the TV studios in the morning, he is handed a transcript with 50 potential stories to cover — all from phone calls to the Turko Files hot line.

“We get up to 300 phone calls a week,” he says. “About 10 percent are worth investigating, and 10 percent of those actually get on the air. I do four stories a week, and some are multiple parts.” Those he chooses are “the ones that affect a lot of people.”

Turko, who grew up in Texas and graduated from the University of Texas with a journalism degree, was always interested in consumer reporting. “I feel sorry for people that are getting a raw deal,” he says.

After three years as a reporter, he went back to the university. “I always wanted to go to law school,” he explains. After earning his juris doctorate degree, he opened his own consumer law and criminal defense practice.

“I practiced law for three years and said, ‘This is for the birds.’ I hated it.

I didn’t see that I was making a difference. It was a lot of paperwork and way too much compromise.”

Turko returned to reporting and originated the Turko Files at a TV station in 1992. KUSI owner Michael McKinnon offered him a job in San Diego after seeing Turko via satellite. That was more than 15 years ago. Now Turko has gained a local following for standing up for the little guy — even against a literal powerhouse.

“Some of the things I have exposed with SDG&E ripping off their customers have been very challenging. That takes a lot of research, a lot of investigation,” he says, noting that he’s not worried about antagonizing public officials and large companies. “They’re big boys. They can take the heat.

Some of his cases get resolved before KUSI airs them. “Once I start calling people [to investigate], they change their tune quite a bit. I put them on the air anyway,” he says. “By the time I call you, it’s too late.”

In his free time, Turko builds guitars, cellos and violins — a skill he taught himself. He also plays rhythm guitar and sings in a four-member rock and roll band called The Sherlocks. As much as he is a familiar face on television and on the street as a consumer advocate, Turko is less known on the music circuit. Ask him where the band plays and he’ll answer with a wide grin:
“Mostly in people’s garages.”