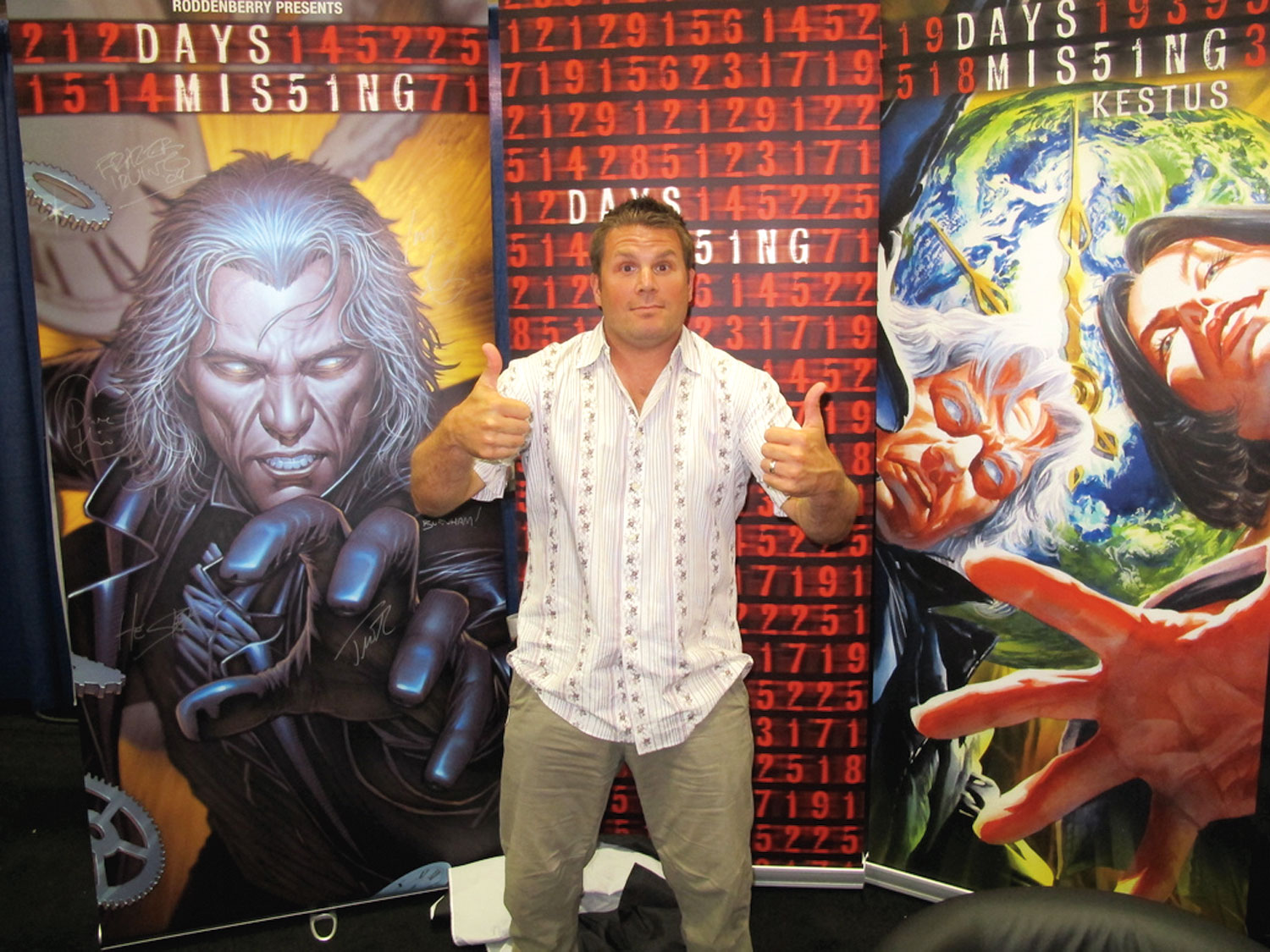 MID-JULY IS THE TIME OF YEAR when Wonder Woman can be seen hailing a cab downtown at Broadway and Fifth. When you can spot a Storm Trooper chowing down on a burger in the Gaslamp Quarter. When Wolverine might take a nap on the grass in Balboa Park.

Star Trek has had a presence at Comic-Con for decades, but for the past four years, Roddenberry and his team have manned the Roddenberry Entertainment booth at the event.

“It is absolutely mind blowing,” says Roddenberry of the environment at Comic-Con. “To get that many likeminded people who think differently and are excited about fantasy or the future congregated in one place is incredible.”

Comic-Con was first held in San Diego in the early 1970s and began as a convention for comic-book lovers. But with the addition of art shows and a wider variety of television and film personalities in attendance, the event has begun to capture a more mainstream audience.

“They’ve really incorporated everything now, and it draws new people in who, for example, might not normally have the greatest appreciation for sci-fi but love art,” says Roddenberry.

The idea of trying to reach an increasingly diverse group is both exciting and daunting to Roddenberry. At this year’s convention (July 12-15), Roddenberry will discuss his documentary, Trek Nation. The film, which follows Roddenberry’s journey to discover his father, was recently nominated for a 2012 Saturn Award.

While Comic-Con has become a jumping-off point for a number of other side endeavors, Roddenberry hopes the message of science fiction doesn’t get completely lost.

“It can have a philosophy that talks about the potential of humanity and what we’re capable of,” says Roddenberry. “I’m about action these days, and it’s important that we start looking at science fiction and implementing the ideas and beliefs into our daily lives to make them a reality.”