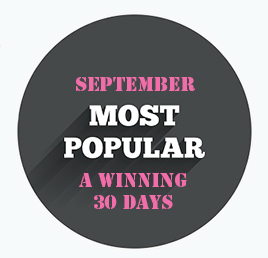 In a popularity contest among the 12 months of the year, September apparently would garner the most votes. Certainly frazzled parents eager to see their children back in school would cast their ballots in favor of the 30 days between August and October. Virgos and Libras (though not all of them) would probably lobby for declaring the entire ninth month a national holiday in their conglomerate honor. But I have reason to believe that there’s a much deeper affection for September in San Diego.

I base my postulation on the plethora of local celebrations populating the page that will be active when I click on “Calendar.”

Sept. 2-3: While most of this month’s events are presented annually, there’s one that puts a new spin on the waning days of summer: Polo America Beach Polo Cup. Its premiere is guaranteed to be premier, with a three-terrace VIP tent on the beach at Hotel Del Coronado. In addition to polo games on Saturday and Sunday, the grand affair includes a clambake, Taste of Argentina luncheon, fashion show, Porsche Million Dollar Road Rally, wine receptions, polo lessons and post-game tango with the players (lessons included). Proceeds benefit the Rady Children’s Hospital Auxiliary Endowment for Neuroscience. (poloamerica.com)

Sept. 2-5: Another sandy option takes place on water’s edge, but not on a beach. The U.S. Sand Sculpting Challenge returns to the B Street Pier on North Harbor Drive with master sculptors carving incredible works of art from sand brought onto the pier for the competition. As fun as it is just watching them work, there’s more entertainment in the form of live music, artwork for sale, kids activities and food trucks. (ussandsculpting.com) Running concurrently — and adjacent to (making paid parking seem like a bargain) — is the Festival of Sail on the North Embarcadero. The tall ships parade takes place on Friday. On the following days, you can board a variety of maritime vessels, including two submarines and the recently restored San Salvador, the ship Juan Cabrillo sailed into San Diego in 1542 (in September of that year, incidentally). (sdmaritime.org)

Sept. 10: This is a day for dual doing: attending Strut for Sobriety’s annual luncheon at Hyatt Regency La Jolla at Aventine in the day and San Diego Botanic Garden’s annual Gala in the Garden in the evening. The former (619-670-1184) includes boutique shopping, a silent auction, fashion show and luncheon. For the latter (sbdgarden.org), the botanic garden in Encinitas turns its grounds into a wonderland of beautiful flower arrangements, live music, gourmet cuisine, wine and more. Blues fans might opt for a single, day-into-night event: the San Diego Blues Festival, with headliner Los Lobos, at Embarcadero Marina Park North. The musical celebration benefits the San Diego and North County food banks. (sdbluesfest.com)

Sept. 18: The Wine & Roses Charity Wine Tasting returns, but in a more intimate version with pours from 18 California wineries, tray-passed hors d’oeuvres and music from a grand piano at the Darlington House in La Jolla. Proceeds benefit Camp Oliver for at-risk youth. (wineandroses.net)

Sept. 24: Oceanside Harbor Days includes a fishing derby, a beach volleyball tournament, “tiki swim,” Nail ’n Sail competition, arts and crafts booths, live music, canine team demonstrations and a “pirate village.” (oceansideharbordays.com) The Museum for California Center for the Arts opens two exhibitions: Heated Exchange: Contemporary Encaustics, a group show of works in the hot-wax medium, and All These Answers That May Never Come Our Way, a solo show of surrealistic works by Jon Jaylo. (artcenter.org). Also on this date, The Old Globe hosts its 2016 gala, the highlight of which will be a performance by the star of Broadway’s mega-hit Hamilton: Leslie Odom Jr. (theoldglobe.org)

Sept. 28-30: The San Diego Film Festival opens on Wednesday with a film at downtown’s Balboa Theatre and an after-party on the Westgate Hotel rooftop. Festivities continue on Thursday with the Night of the Stars Tribute honoring Annette Bening at La Jolla’s Museum of Contemporary Art. Then on Friday is a Party With a Purpose at Horton Plaza Park (sdfilmfest.com).

Sept. 30: Given his appreciation of invention, Leonardo da Vinci surely would have been awed by a work of art made entirely from LEGO bricks, especially when it reimagines his iconic Mona Lisa. On this last day of the month, Reuben H. Fleet Science Center in Balboa Park opens The Art of the Brick, an exhibition of LEGO sculptures by contemporary artist Nathan Sawaya. (rhfleet.org)

Beyond local events, mark your calendar for Sept. 7, when Apple unveils the iPhone 7 (catch it via live streaming if you can’t wait for media reports), and Sept. 22, the autumnal equinox that deserves, if not a ritual, at least some recognition as we shift into fall and gear up for next month’s Archtoberfest events and the following month’s Election Day (I think September may be more popular than political candidates, but that’s a theory lacking evidentiary support).