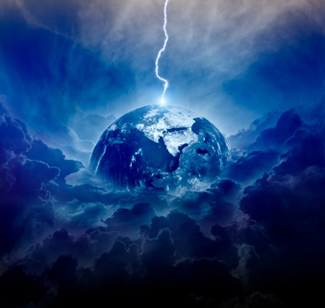 Why do smoke detector batteries always fall below capacity in the wee hours of the morning? Perhaps more to the point, why does the smoke detector in the hallway just outside my bedroom decide to inform me of its diminishing power source when I then have to get out of bed and move a dining stool to put in the hallway so I can reach the smoke detector to take it down (and then have to put the stool back so I don’t subsequently trip over it)? No doubt my homeowner’s insurance company would hope that — as long as I am “up there” — I would simultaneously install replacement batteries. But I do not store new batteries in a bedside nightstand. At 3 a.m., I will take my chances that a fire will not break out in the next couple of hours.

The aforementioned smoke detector apparently enjoys screeching (it’s far to irritating to say it “chirps”) during my REM sleep. And, really, is it even necessary to program devices with high-pitched noises before a voice announces “low battery” — especially when the voice will keep repeating this ominous warning every 15 minutes if you ignore it?

Before I could fall back asleep from this morning’s interruption, it occurred to me that the problem goes much deeper than a smoke detector. You see, there’s an evil force somewhere out there — perhaps lurking in dark matter. You may not be able to see it, but you know it’s there.

You know it because you have proof. For example, in my case (in addition to the smoke detector), plumbing disasters (and all plumbing situations, in my experience, are “disasters”) occur when you are getting ready to attend an important event or are expecting company and/or on a weekend when plumbers are hard to reach and charge more for their services.

It happened to me recently, when my sewer line backed up on the Sunday morning hours before my father was due to arrive from the Midwest for a weeklong visit.

I won’t go into the details of that December situation nor recount more stories that evidence my theory about cloaked, malevolent forces.

I’m sure that scientists and skeptics among the broader public domain would say that life events are a series of circumstances and coincidences. I’ve said so myself. And I still believe that a good many life events fall into that realm. I just think that some things, plumbing and smoke detectors among them, are susceptible to Darth Vaderish influences.

Furthermore, I think it’s time I invested in a lightsaber. If nothing else, I could point it at the smoke detector the next time it awakens me and save myself some nocturnal inconvenience.