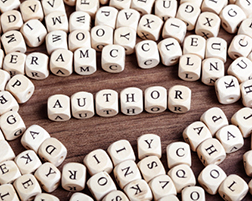 I came upon Infinite Jest by David Foster Wallace not through a book review or a friend. I didn’t even order it based on a recommendation from Amazon, though the process did involve an algorithm.

My summer reading material came about as a result of I Write Like (iwl.me) — a “statistical analysis tool” that compares one’s word choice and writing style to those of famous authors. I pasted a few paragraphs from a novel I wrote and the result indicated that I write like Edgar Allan Poe. My reaction was that this particular “statistical analysis tool” was about as useful as a foam edge painter. My novel is far from macabre.

I tried another excerpt and the result was Dan Brown. While I appreciate the “best-selling” connection, I personally am not a fan of Mr. Brown’s writing.

On my next “roll of the dice,” I got Cory Doctorow. I had to look him up. It turns out he writes young adult science fiction. Oh dear. Nothing against young adults or authors who gear their books toward them, but that’s not what I set out to do with my novel. I got Cory Doctorow with five other excerpts. I should have quit when I got Oscar Wilde!

When I plugged in a couple of courtroom scenes from my latest novel, I got Dan Brown again and Margaret Atwood.

After whiling away more time than I should have playing the I Write Like game, I decided to see how my Editor's Corner choice of words and style compared (IWL is an addictive exercise). Would you believe it? Cory Doctorow's name came up three times.

H.P. Lovecraft came up twice, which concerns me, because I wonder how many people who read my blogs take them as horror fiction. And since Mr. Lovecraft was influenced by Mr. Poe, I almost have to take seriously the idea that there is a dark side underlying my prose.

The redeeming factor (for me or for I Write Like?) was when David Foster Wallace came up twice. His name was new to me, so I read the Wikipedia entry on him and then visited Amazon to learn more about his books and how they were reviewed.

Perhaps I should have purchased a Cory Doctorow book, but Mr. Wallace’s “gargantuan, mind-altering comedy about the pursuit of happiness in America” intrigued me much more. The size of the tome, including the 388 footnotes, does not intimidate me. I recall that when I read Neal Stephenson’s footnote-laden, thousand-pager, Anathem, I was sorry to reach the end.

“Aha!” I said to myself. “I Write Like is filled with no more than the names of a dozen famous authors who are bound to keep coming up, perhaps like snake eyes. Since I know David Foster Wallace’s name is programmed into the algorithm, I plugged in only the first sentence from this blog, which is directly quoted from his book Infinite Jest. You know whom he writes like? Kurt Vonnegut!

Now if you’ll excuse me, I need to go buy a foam edge painter.