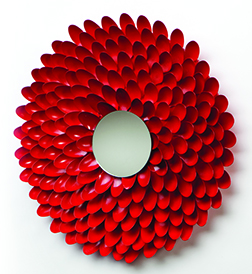 When I was a child, there was Elmer’s Glue. That’s it. Elmer’s was the glue-all for any crafty thing I undertook. I don’t recall ever using it to fix something. Fixing things was what my parents did. Now that I’m an adult, I do more fixing than crafting. But the biggest change is that there are a hundred different glues in a hundred different formulations.

Recently, I needed to fix an object that I knocked off a shelf. I went to the home-improvement store and surveyed the dizzying array of options for marrying two surfaces with no possibility they would divorce. After reading a few labels (what a great way to spend time on a Saturday), I chose a product that said it would work on all surfaces — from paper and plastic to glass, metal and stone. After all, I never knew what would break next.

Unfortunately, this purported glue-all-of-glue-alls failed to unify the unidentifiable material of my broken object. Perhaps I should have kept reading labels until I found one that said, “Even glues unidentifiable Chinese materials!” In any event, the disjointed pieces went into the trash and I gave the glue an opportunity to redeem itself on a shoe that needed fixing. So far, the repaired shoe is performing admirably.

With glue on my mind (not literally speaking, though one wonders why someone hasn’t invented a mind glue that holds neurons together for a flawless memory), I actually read an email that landed in my “junk” folder. It was from Krazy Glue.

It turns out that Krazy Glue “is on a mission [emphasis added] to find America’s next Krazy Big Fix for 2014.”

One press release in the downloadable press kit begins, “There’s no need to be wary of the saying, ‘If you break it, you buy it’ any longer. Rather, just fix it.” Yeah, uh huh. So if I go into a china shop like the metaphorical bull and knock over a display of fragile teacups, I can just whip some Krazy Glue out of my purse and the store manager won’t demand my credit card?

This press release further listed some of the monthly prize winners in the Big Fix contest. One woman fixed a crack in her swimming pool with the glue. Really? I’m not sure that story holds water. I’m more likely to believe that Clyde of Wisconsin repaired the cracked frame on his eyeglasses with the glue. But can I see Clyde deserving 2013’s $40,000 grand prize for something so unimaginative?

Another release in the press kit talks about the growth of crafting in America. One of the most popular projects on Pinterest, so the release says, has been the “chrysanthemum” mirror made of plastic spoons (shown above). I hesitate to think our community of interior designers and gardeners would approve.

“We’re seeing people using glue to transform the most mundane objects into home décor showpieces,” says Krazy Glue’s Associate Product Manager Matt Zuby. When he refers to “showpieces,” does he mean something like the penny-topped table and gumball machine ensemble (shown below) that was included in the press kit? (Local furnishings retailers may wish to avert their eyes.)

The “Instant Krazy Glue Fact Sheet” says the ethyl cyanoacrylate product was introduced in 1973. What it doesn’t say is that Krazy Glue is made by the same company that makes the polyvinyl acetate emulsion I used throughout my grade-school years, which preceded 1973.

Incidentally, Elmer, the bull on the label, is not a reference to a bull in a china shop (though a savvy marketer would have made it so). Rather, he is the spouse of Borden’s Elsie the Cow. It all makes perfect sense in light of the fact that Borden originally made the glue before Elmer’s became an independent company.

Elmer and Elsie married in 1940, before he became a glue mascot in 1947. The couple had four offspring: Beulah, Beauregard, Larabee and Lobelia. Although I am unable to determine what may have happened to Elmer and Elsie after their respective corporate interests separated, I like to think that their bond has remained solid. 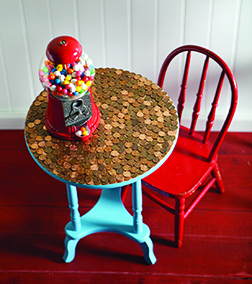