The Plight of Plots 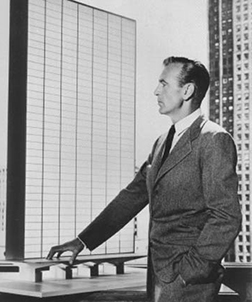 While watching the Golden Globe Awards, I culled through the Los Angeles Times preview of movies hitting the big screen today through April and made the following list of occupations upon which Hollywood is shining a light.

An aspiring actor … a New York City mechanic … a young CIA analyst … an up-and-coming district attorney … a fast-talking security guard … an introverted optometrist … a former Navy SEAL turned forest ranger … two designer activists … a workaholic Tokyo architect … an uptight surgeon and a free-spirited children’s retailer … a 17-year-old wheel barrow courier … a nurse by day who prowls nightclubs after hours … office workers … a critically injured Detroit cop … an Italian tour bus driver in Paris … a spy determined to give up his danger life and reconnect with this estranged family … an Israeli Secret Service officer … a well-to-do Bucharest architect … a U.S. air marshal … a small-town fry cook … a man who has reinvented himself as a therapist and spiritual advisor … a concierge and a lobby boy … a gifted pianist … a young demon hunter and undercover cop … a glum history professor … a veteran chef … a blue-collar mechanic … a desperate limo driver … an agent of the Bureau of Investigation … an actress on a train to Paris … a middle-aged DJ … a cocky safecracker … the general manager of the Cleveland Browns … an elite DEA agent … a down-on-his-luck salesman … a scientist researching artificial intelligence … a heartsick Parisian writer … a construction manager … two computer programmers … an unorthodox professor … a used-car salesman … a timid office worker … an aspiring New York filmmaker.

From this lineup are three films that San Diego Home/Garden Lifestyles subscribers might find of particular interest.

If you really want to see a movie about an architect, rent The Fountainhead, the 1949 adaption of Ayn Rand’s iconic novel and a noteworthy vehicle for Gary Cooper (above). Cooper also played an architect in 1935’s Peter Ibbetson; but that film, like the Japanese and Romanian newcomers mentioned above, is really about something else: a love triangle involving an architect and a duke and duchess.

Hollywood has offered us many architect protagonists, but the occupation has typically been secondary to the core of the plot. Consider Henry Fonda in 12 Angry Men (jury deliberations), Charles Bronson in Death Wish (vigilantism), Tom Hanks in Sleepless in Seattle (fated romance), Michelle Pfeiffer in One Fine Day (fated romance), Paul Newman in The Towering Inferno (fire), Keanu Reeves in The Lake House (time travel) and Adam Sandler in Click (time control).

According to various media, there’s been talk of remaking The Fountainhead, and I’d buy a ticket if that came to pass. But talk is cheap in Hollywood (assuming one does not value talk in terms of the cost of power lunching), so the wait could be eternal.

Meanwhile, I’m highly anticipating the opening of Mr. Peabody and Sherman. Who would have thought that the “genius dog and his mischievous boy” from Rocky and Bullwinkle could compete for attention with the likes of Jennifer Lawrence, Matthew McConaughey, Amy Adams and Leonardo diCaprio? Of course, it makes sense when you consider the fact that Mr. Peabody and Sherman have the WABAC time-traveling machine.

See you at the theater … unless you’re just going to see “an introverted optometrist” and “a timid office worker.”