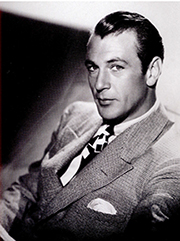 Fashion and interior design are so entwined in my mind that the designers I meet can be like a runway show for me sometimes.

Musing over vintage pictures in a book — introduced by Tom Ford, Bespoke: The Men’s Style of Savile Row — made me think how cool it was to meet up with Bravo’s Million Dollar Decorator Jeffrey Alan Marks and his partner Ross Cassidy at Laguna Design Center’s Witford showroom. While running a hand over the new Palecek furniture and accessory collection Jeffrey designed, I got my sartorial update from these two.

Ross: very Thom Browne in an of-the-moment look of a schoolboy grown out of his clothes, jacket with the too-short sleeves, exposed ankles, no socks. Jeffrey: Hollywood handsome in navy Brunello Cucinelli jacket, his slicked-down hair leaning toward a Gary Cooper or Gatsby style.

Jeffrey’s first Rizzoli coffee-table book comes out this fall and perhaps, he whispered, another collection for a big-name company yet to be revealed. Very early in his career, Jeffrey worked for designer Sandy Gordon, who joined the fun at Witford with us.

David Beld, a prexy at Palecek/Pierce Martin, also was on hand to greet us and show off the collection. Watch for it in the July issue of San Diego Home/Garden Lifestyles. Incidentally, Jeffrey and I think that I was the first to publish his interior designs, in SDH/GL.

Come to think of it, Andrew Bolton, dapper curator of the keenly anticipated Punk: Chaos to Couture exhibit opening in May at New York’s Metropolitan Museum of Art, has the same comb-back hair.

Which leads me astray to note that Zandra Rhodes is very much a part of the Met’s show. It’s said she was the first to take punk style into haute couture back in the 1970s. Safety pins and torn silk jersey are part of the look. Our Museum of Contemporary Art San Diego did an exhibit with her back then in their La Jolla venue.

Sartorial savvy is not unknown in certain San Diego circles either. One I can think of is veteran PR maven Jon Bailey (I.D.E.A.), who the last time I saw him held forth in Gucci sport coat, Adriano Goldschmied jeans and, of course, no socks. Jon adds, “NO TIE! I avoid them at all costs.” As for suits, he says, “I had several made in Hong Kong when I was there last year, and they fit me beautifully. I have a couple of suits from Harvey Nichols in London that I still wear and love, despite the fact that they could probably qualify as retro at this point.”

Which brings me back to London, bespoke suits and thumbing through the pages of a book on Savile Row.