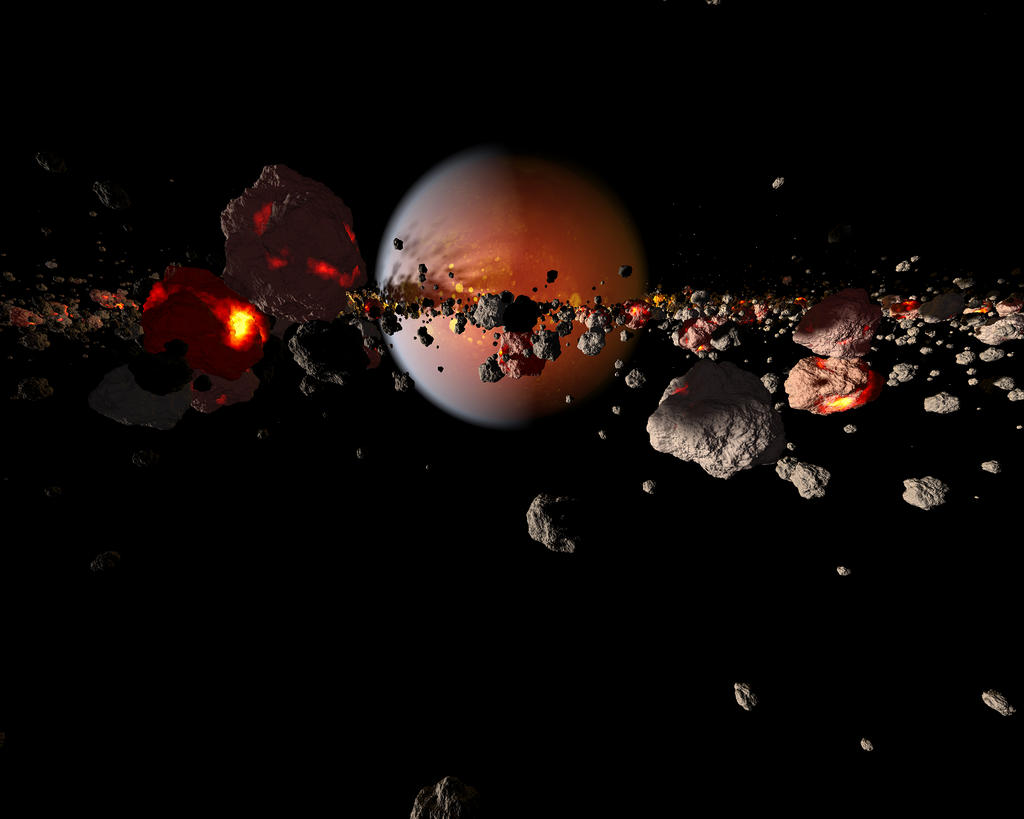 “Collisions can be beneficial — and sometimes beautiful,” Robert Redford said. No, I wasn’t hobnobbing with him at Sundance, discussing the film festival founder’s view on the controversy surrounding the amount and degree of sex in this year’s screenings.

Rather, Mr. Redford made this unusual claim about collisions being beneficial and beautiful (well, perhaps it wouldn’t be unusual at a convention of auto body shop owners) in his narration of a new film at the Reuben H. Fleet Science Center in Balboa Park.

The digital film, Cosmic Collisions, shows how the Milky Way was formed by run-ins between small galaxies and how the moon was created — in one month! — 4.5 billion years ago when a planetary body hit Earth, thus giving us seasons and tides and making life on Earth possible, as well as beautiful. The film also explained that the collision of particles creates the stunning aurora borealis.

Hypothetically speaking, I think you’d get a different opinion about the beneficial nature of collisions in a poll of dinosaurs. And I can’t help but wonder what Mr. Redford would say were he to be around when the Milky Way and Andromeda galaxies collide. Of course, he won’t be; even the Sundance Kid isn’t going to live another 5 billion years (give or take).

According to Dr. David Harker, who works in the astrophysics department at UCSD, the collision between us and our starrier neighbor is 100 percent assured (I asked him about this before the film screened, though I already knew the answer and was just hoping that scientists had just discovered our future was brighter than previously thought).

The point of this is not that we are doomed (though, of course, we ultimately are), but rather that we should enjoy the benefits and beauty of what we can when we can. We have 28 days to do just that. No, I’m not predicting a foreshortened cosmic collision like the Mayans supposedly did. I’m talking about Museum Month.

San Diegans can purchase a Museum Month Pass valid February 1-28 (too bad it’s not a leap year) to get four half-price admissions to participating museums. There are 42 listed at sandiegomuseumcouncil.org; and they cover a range of interests, from art and history to aviation (birds and planes), maritime, transportation and the sciences.

Speaking of mashups, the W Hotel is introducing a series of events that will pair forms of culture such as music, wine/cocktails, art and fashion. The hotel launched the concept with a wine-blending contest backed by music in the Living Room lounge. Scott Shirley, winemaker at Justin Vineyards in Paso Robles, was on hand to guide competitors through the blending process. Participants were given a glass of Justin’s Isosceles blend and glasses of wines from the barrels of each of its components: cabernet sauvignon, cabernet franc and merlot. On the balcony overlooking the lounge, DJ Ayla Simone and violinist Yvonne Shay provided the musical backdrop.

Shirley described what each grape variety brought to the Isosceles blend and then left me and the other participants to our own devices (the wines; an empty glass in which to combine them; a mouth-suction measuring tube; and, most importantly, our individual palates). Since cabernet sauvignon is the primary backbone to Isosceles, Shirley suggested we start with a healthy dose of it and then add the other wines.

I began carefully measuring each one as I poured them into my blending glass. But then, as I continued adding just a tad bit more of cabernet franc or the slightest bit more of merlot, I stopped trying to measure. Yes, I realize that would never get me an actual job at a winery, but this was not (to the best of my knowledge), a job application test. If it was, it was a sneaky way to do it: with lower light and louder music than one would typically find in a job interview setting.

Relatively quickly, I hit upon a blend that I loved. The problem was that I wasn’t sure I’d made enough for Shirley to evaluate it. But I was so pleased with my blend that I didn’t want to “mess with it.” This, of course, is why one needs to have the precise percentages at hand: in order to make more.

When Shirley came back to begin the judging process, he immediately remarked on the piquant nose of my blend. Then he tasted it and really liked it. He had other wines to try throughout the evening, of course; and when I left, I could only cross my fingers.

Sure enough, I received an email the next day informing me that I had won the competition and a magnum of Isosceles.