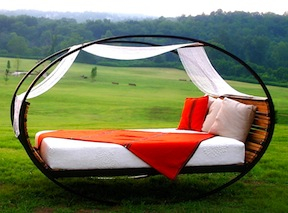 I don’t watch a lot of television — except when I’m in a hotel room, as I am spending my first week or two in San Diego.

After my third day of work — after emailing a few friends to tell them that, yes, life in S.D. is great — I turned on the television and there it was: the Rockefeller Center Christmas celebration. Rod Stewart did a respectable job singing “Let it Snow” (but please not in SoCal). Then Scotty McCreery sang “A Holly Jolly Christmas.” Sorry, but no one but Burl Ives should be singing that song, just as only Bing Crosby should sing “White Christmas” and only Judy Garland should sing “Have Yourself a Merry Little Christmas.” But, then, it occurs to me that it’s wrong to put limits even on our ideals.

So this thought/question (logically?) crosses my mind: Are we as a society too attuned to what we hold dear to our hearts that we overlook or fail to appreciate/embrace something that strays away from that which we know (or think we know)?

Consider Senior Editor Phyllis Van Doren’s “Hot Finds & Cool Stuff” in the Front Door section of SDH/GL. Each month, Phyllis brings us innovative ideas and objects that eschew the notion that tried and true is the best approach in the environments we create for ourselves. For example, she featured Joe Manus’ Mood Rocking Bed (shown above) in the August 2012 issue. I could sure use something like this to lull me back to sleep when the person staying above me in the hotel decides to go for a heavy-footed walkabout at 4 a.m.

As noted in my previous blog entry, I attended the ASID Design Excellence Awards on Saturday. At the reception, I spoke with several designers about odd angles, an octagonal-shaped room and other challenges they face that call upon their creativity, as well as their expertise.

Can we live our lives relying on what we’ve known? Sure it’s safe. But it’s removed from adventure, energy and enlightenment. There’s room to celebrate what those before us have done and to move forward.