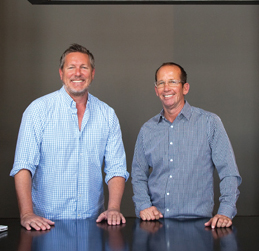 High-profile couple Lori and Bill Walton are hosting an elite tribute dinner to the Art of Fashion, the annual spectacular fund-raiser that takes a hiatus this year. In conjunction with the current exhibit at the Timken Museum of Art, built around a famous Goya now on loan at the Timken, and Jacques-Louis David’s Cooper Penrose, the August 9 dinner is $5,000 per couple. Fashionable attire will be interpretations of either painting, a creative challenge, as I see it.

CELEBRATING ITS 75TH YEAR and still family owned is The California Look (a.k.a. Kreiss) design and furnishings company. Fourth generation Loren Kreiss, the new face of the company, brings a trendsetting style to it that appeals to all those Hollywood celebs.

A CHANCE MEETING with Russell King, the prez of the board of Malashock Dance Company, got us enthused over the company’s new project. Looking ahead, they’ve been previewing their work-in-progress on the life of Marc Chagall. It becomes a full-scale production, partnering with the La Jolla Playhouse, sometime next year and is bound to be a success.

A LECTURE ON slow architecture at the New School of Architecture+Design (NSAD) recently was given by Joshua Prince-Ramus, noted New York architect and principal of REX (the Seattle Central Library is just one of the REX successes). Check him out.

AFTER THREE YEARS, Art Fair SD 12 is moving from its hotel venue to Balboa Park for its fourth annual being held September 6 through 9 this year. I’m curious to see how that works.

SIGHTED AMONG ALL the anglomania built around the London Olympics is a very pricey No. 1 Imperial Jubilee perfume from Clive Christian, the luxury kitchen firm (I don’t get it) and a classic red telephone booth by Maitland-Smith turned into a living room bar (mini-pub). What’s the area code for a martini?